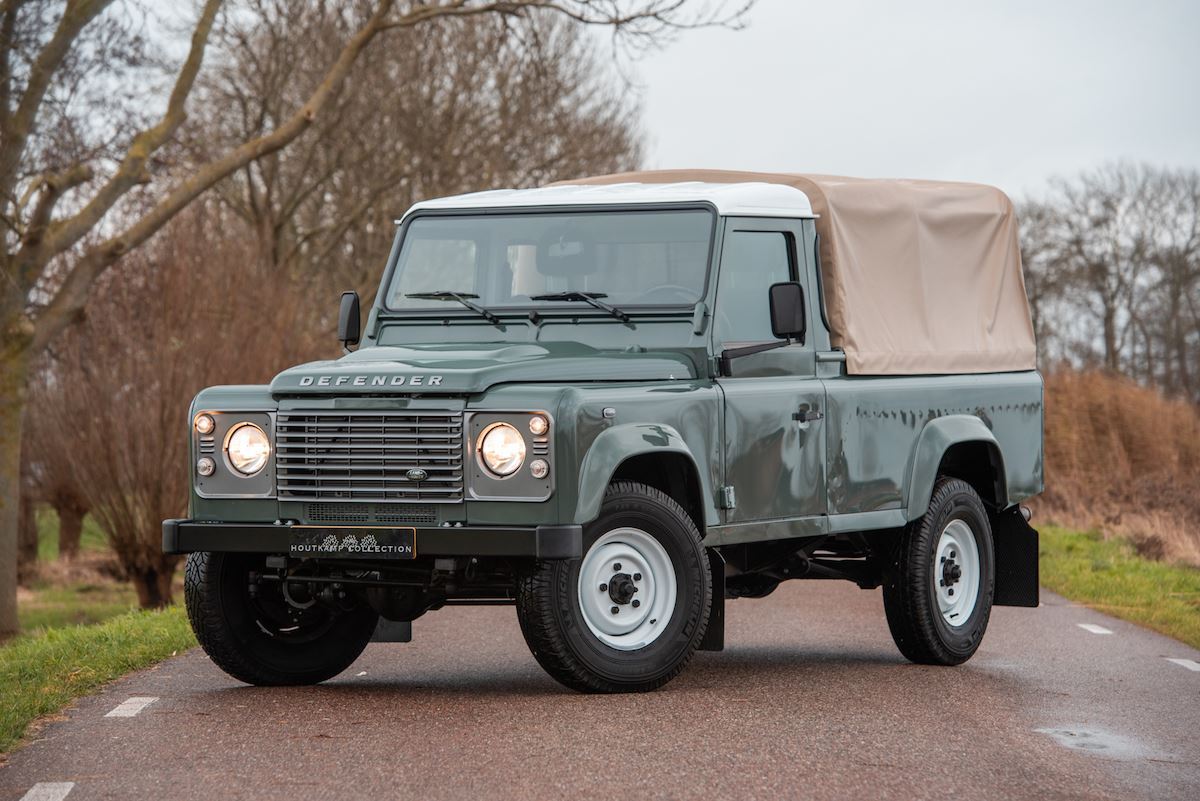 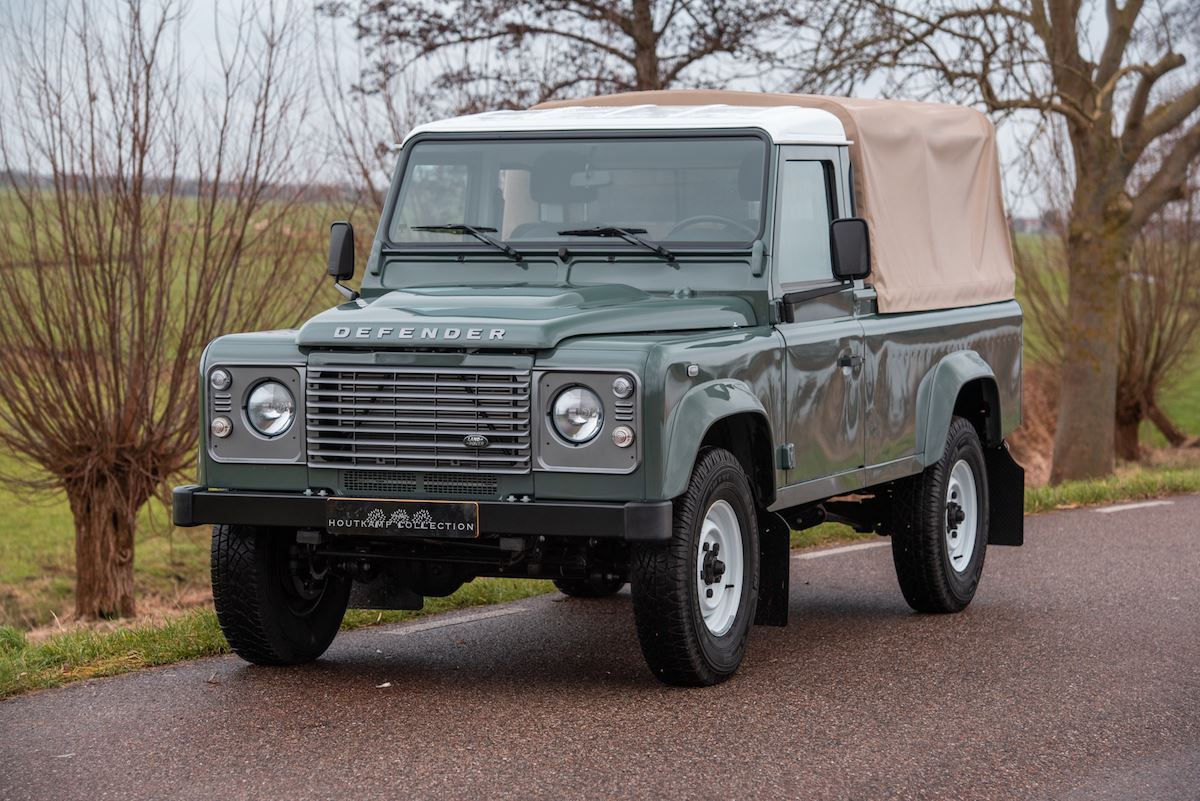 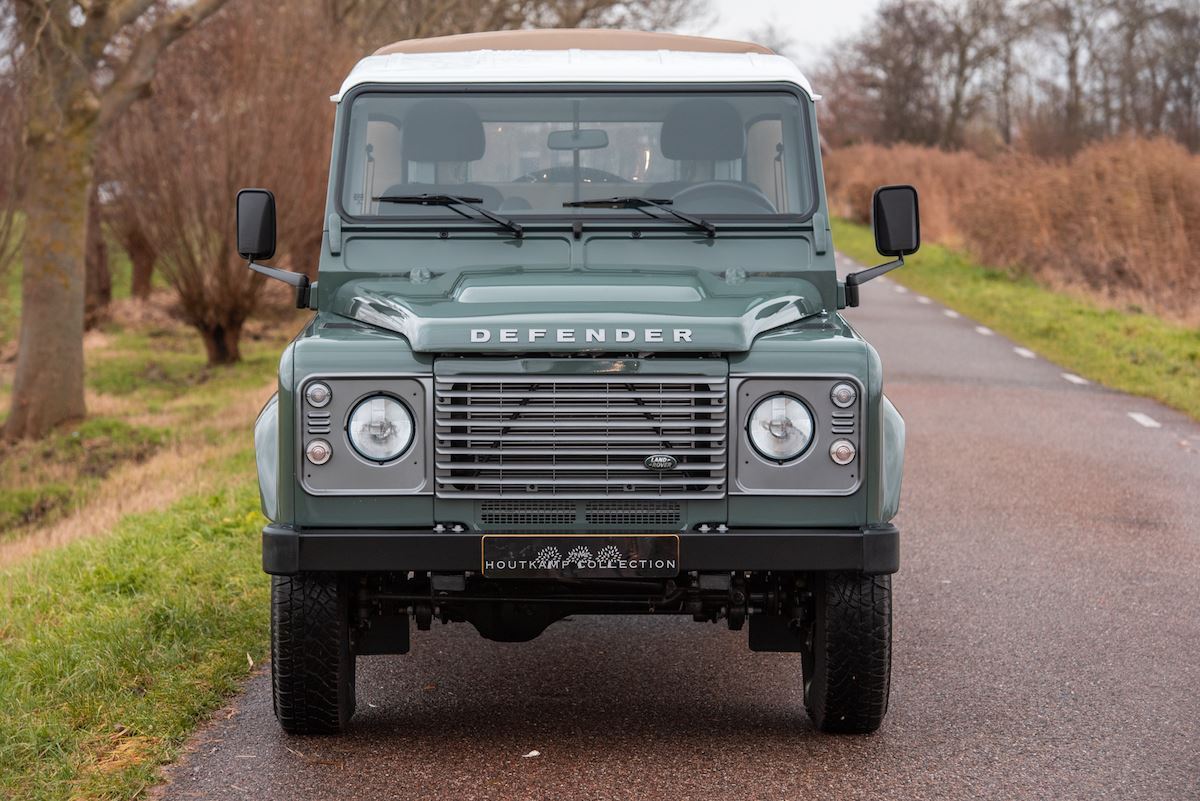 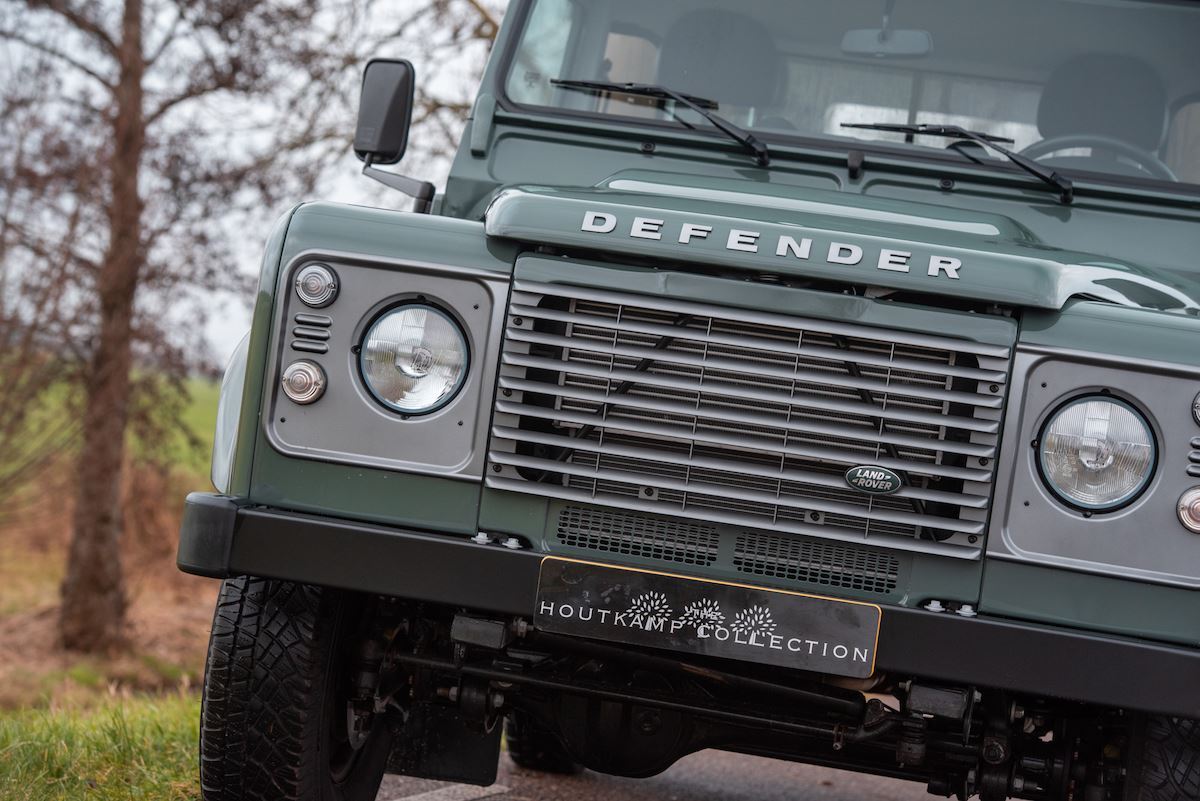 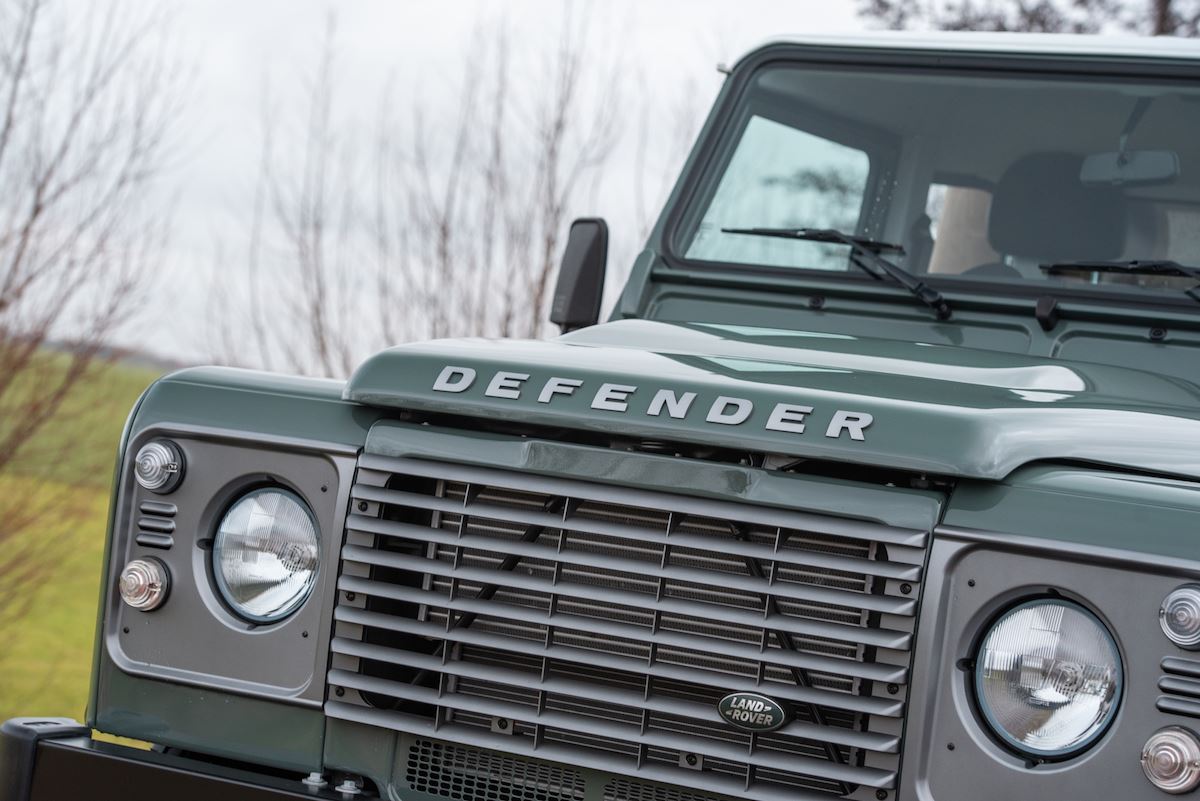 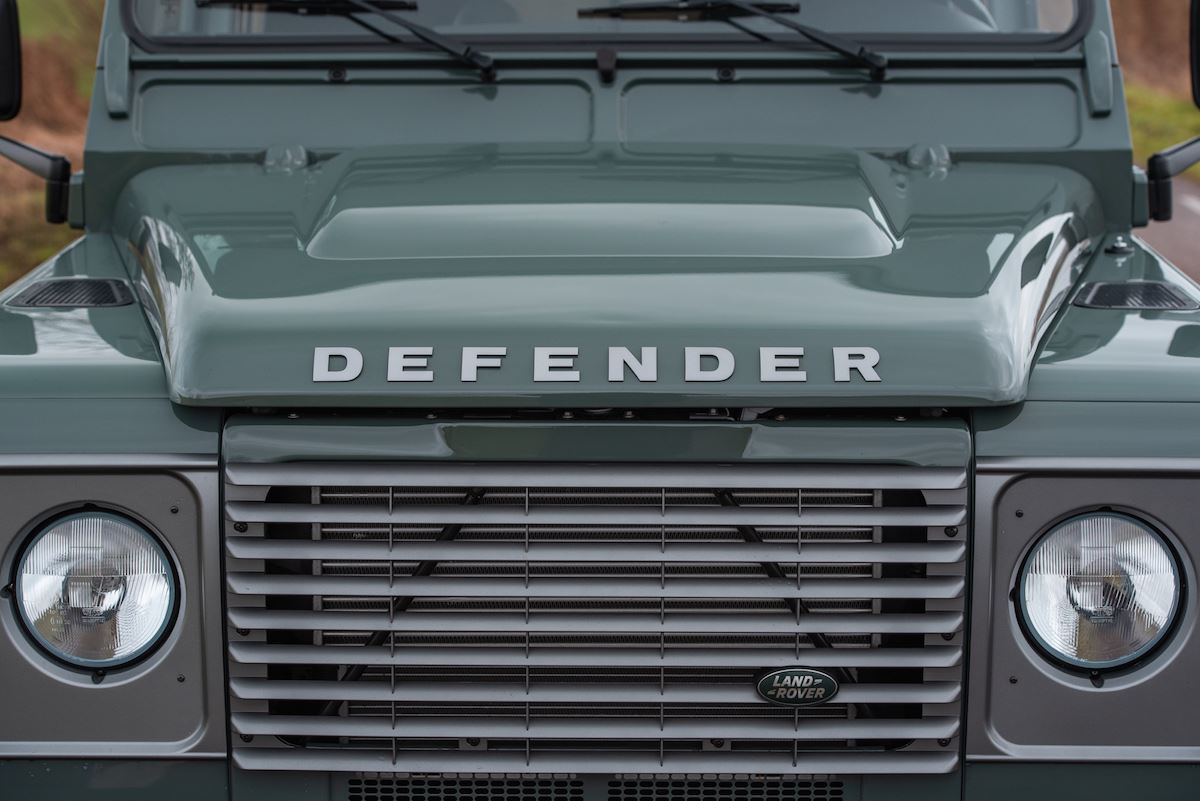 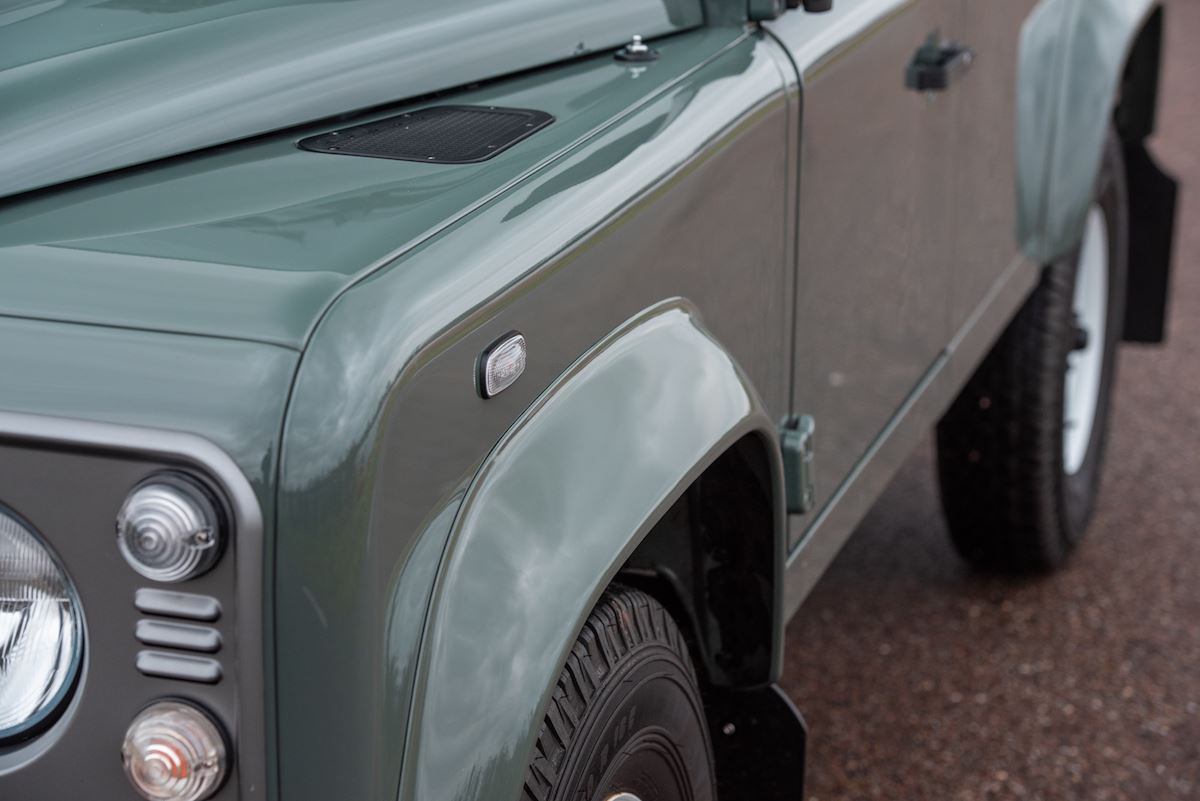 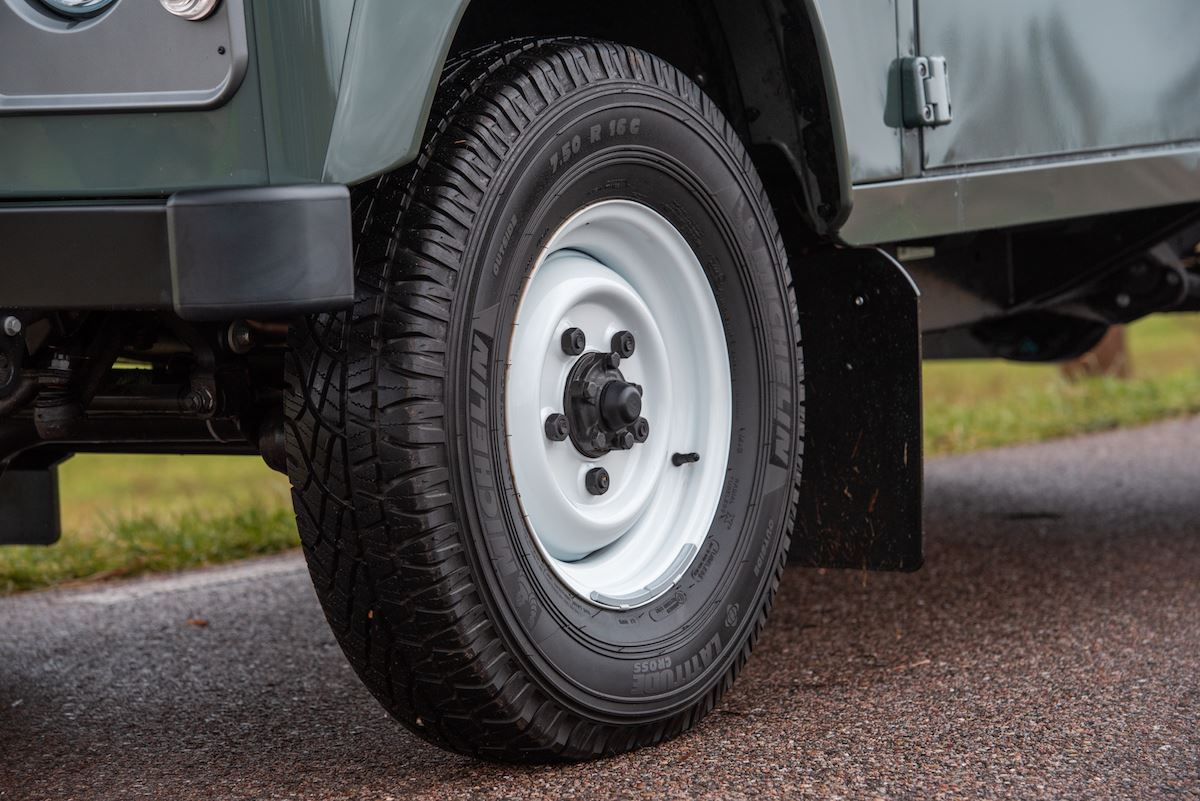 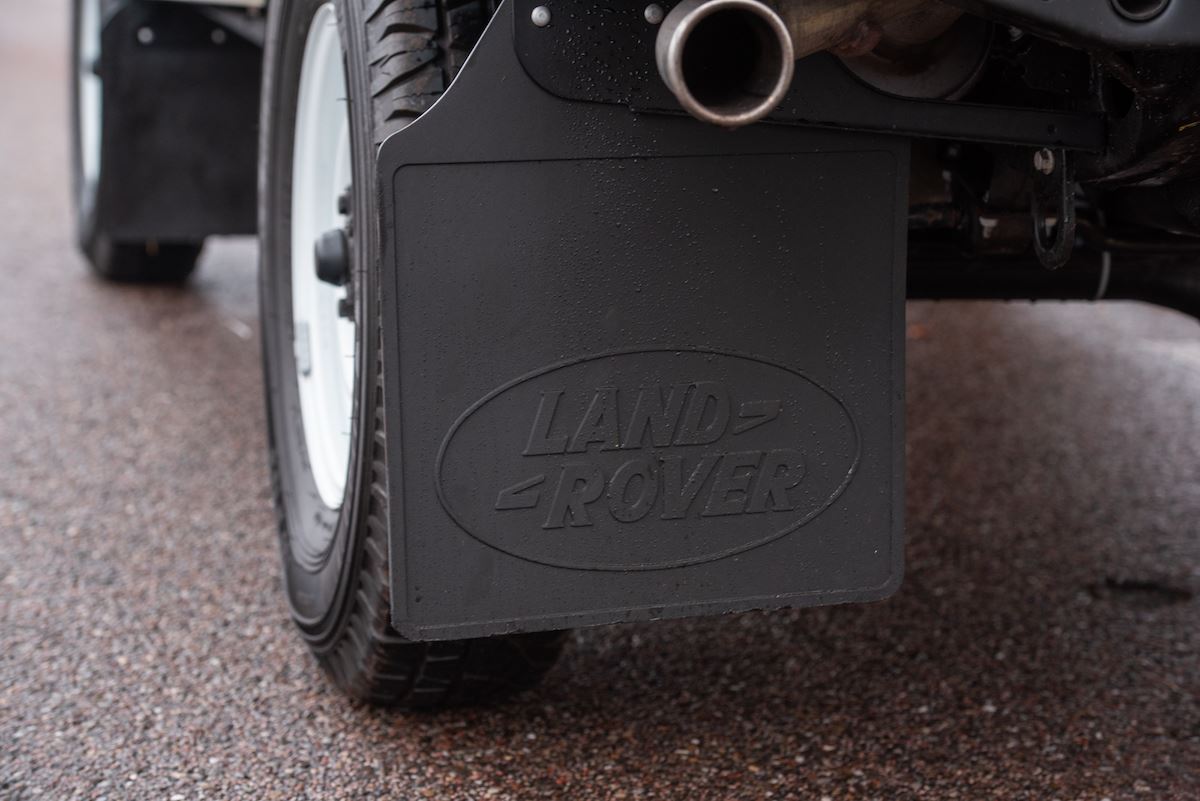 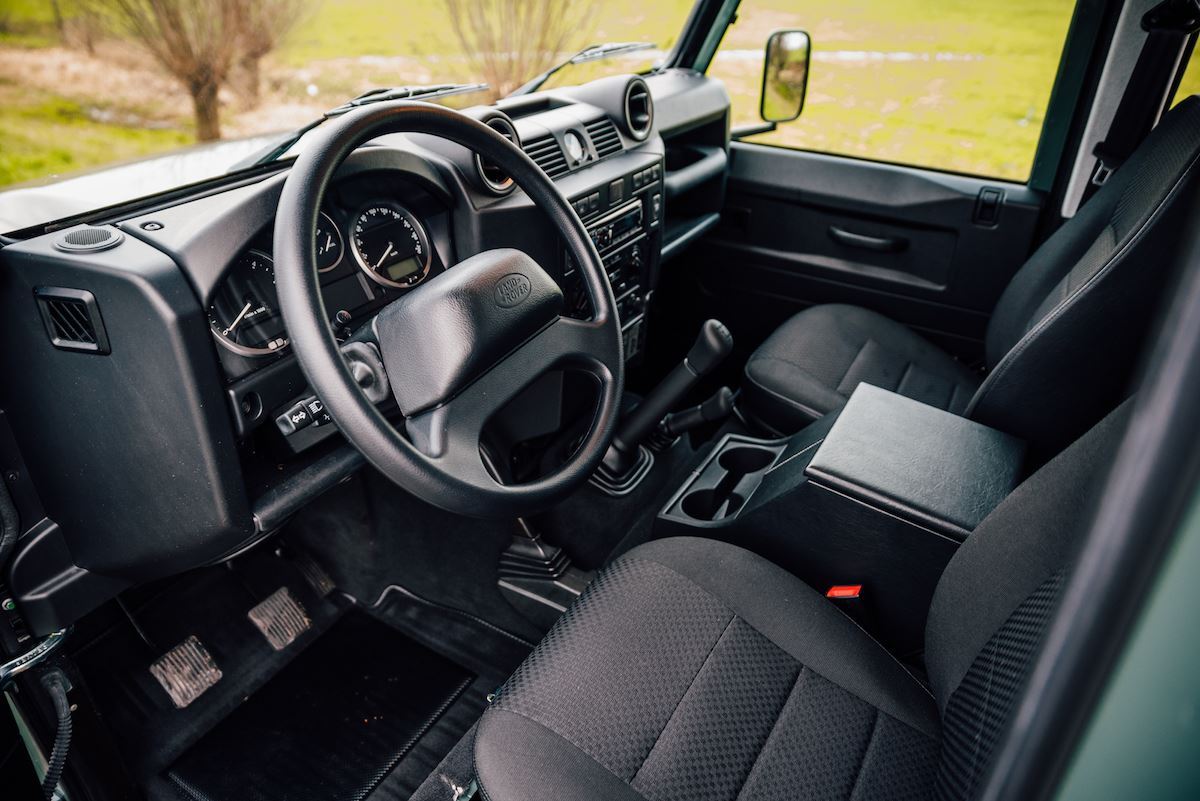 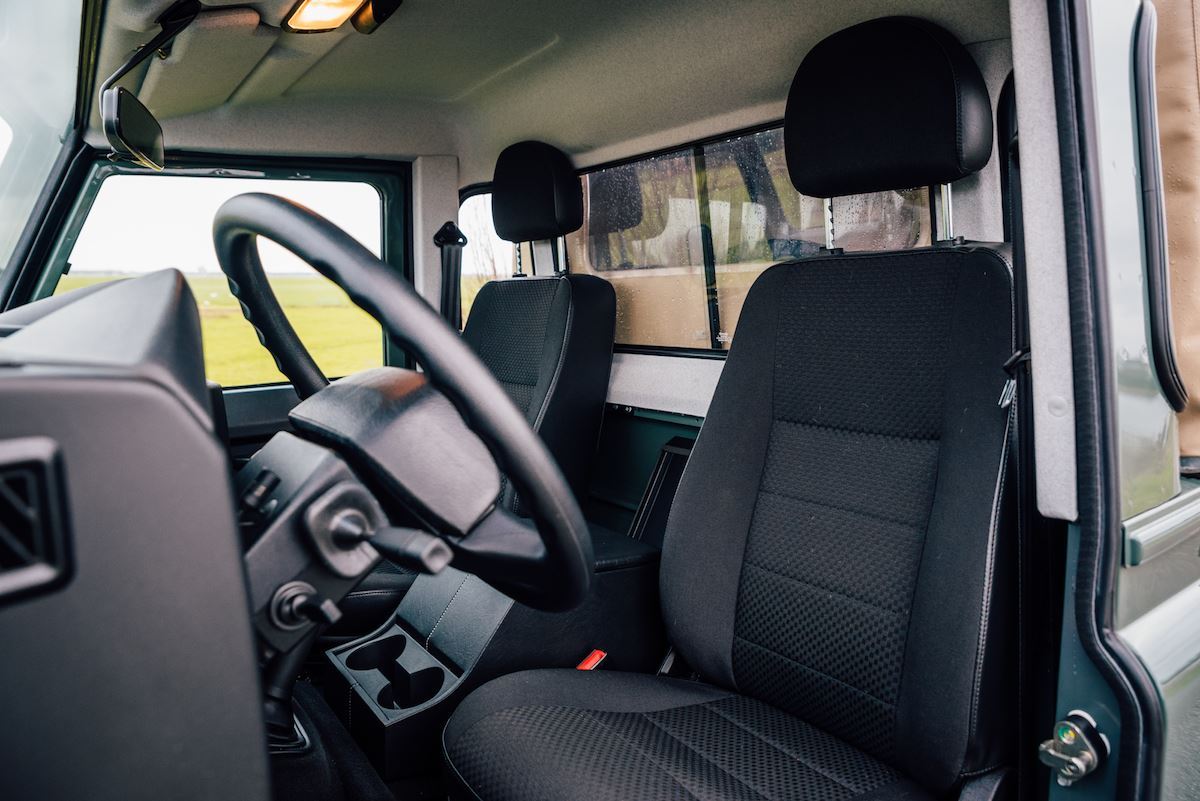 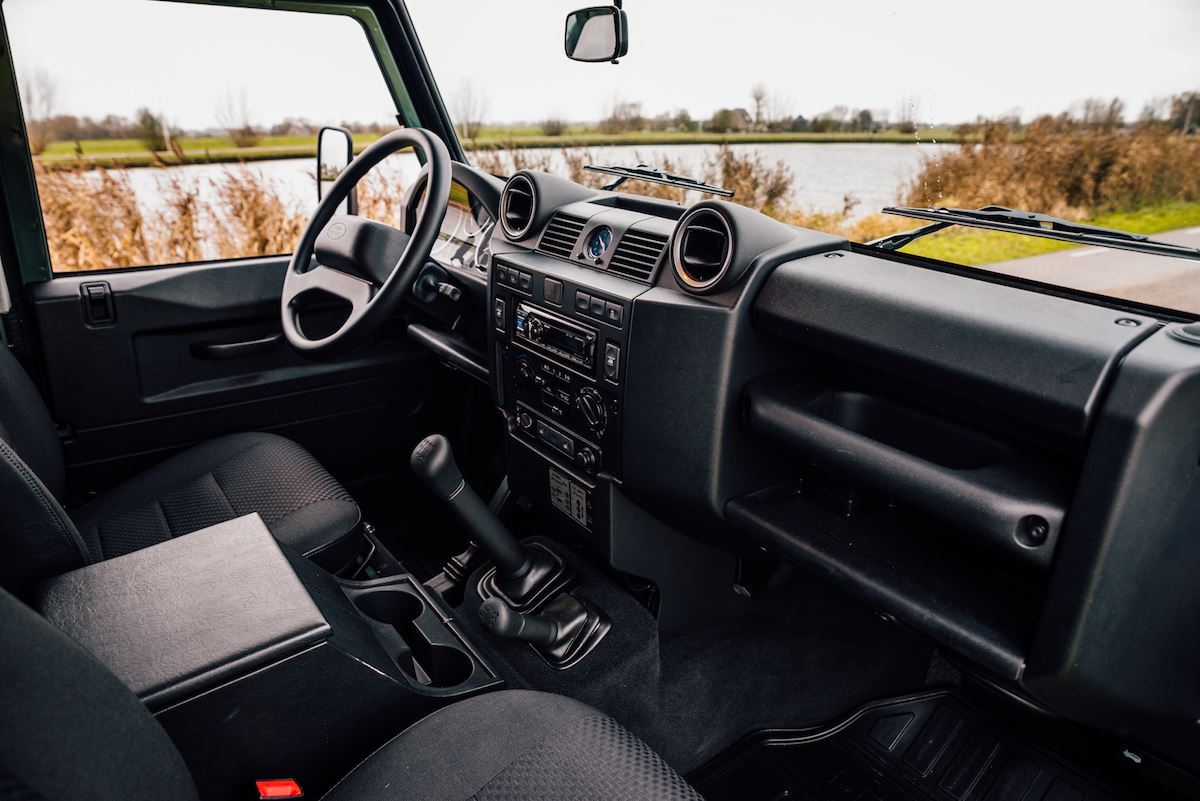 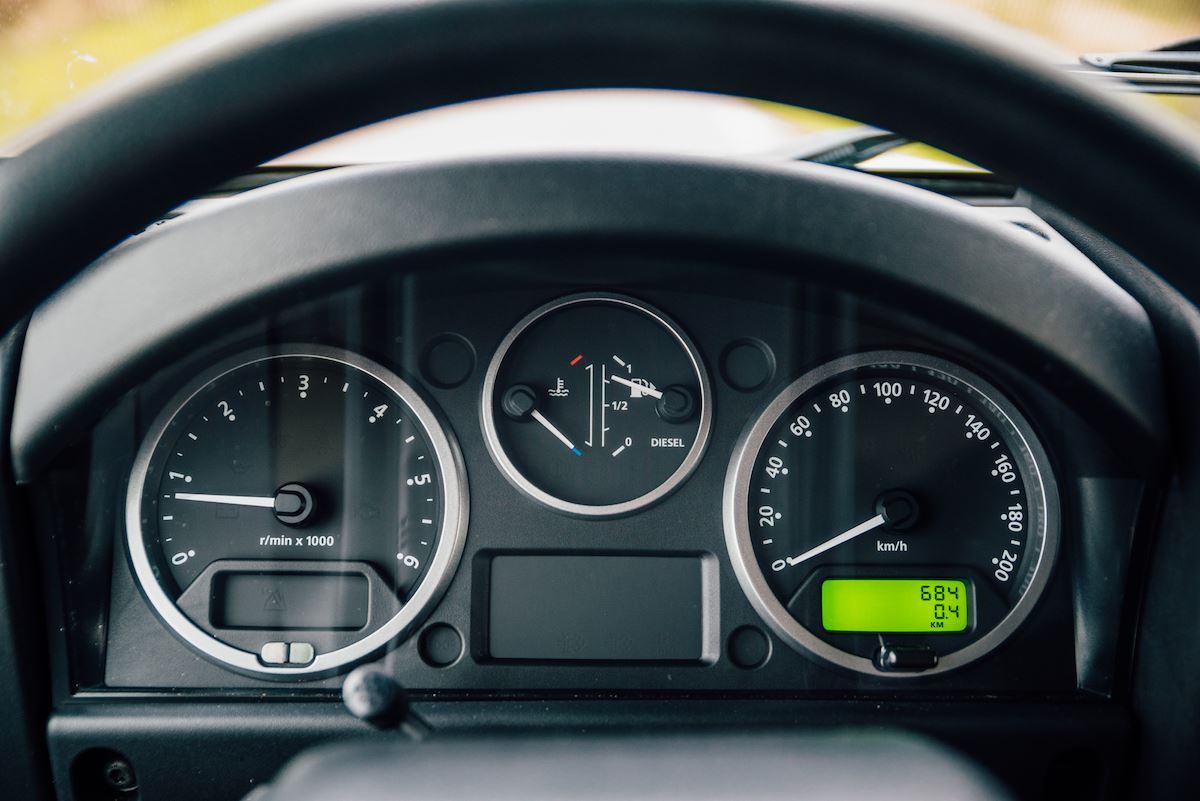 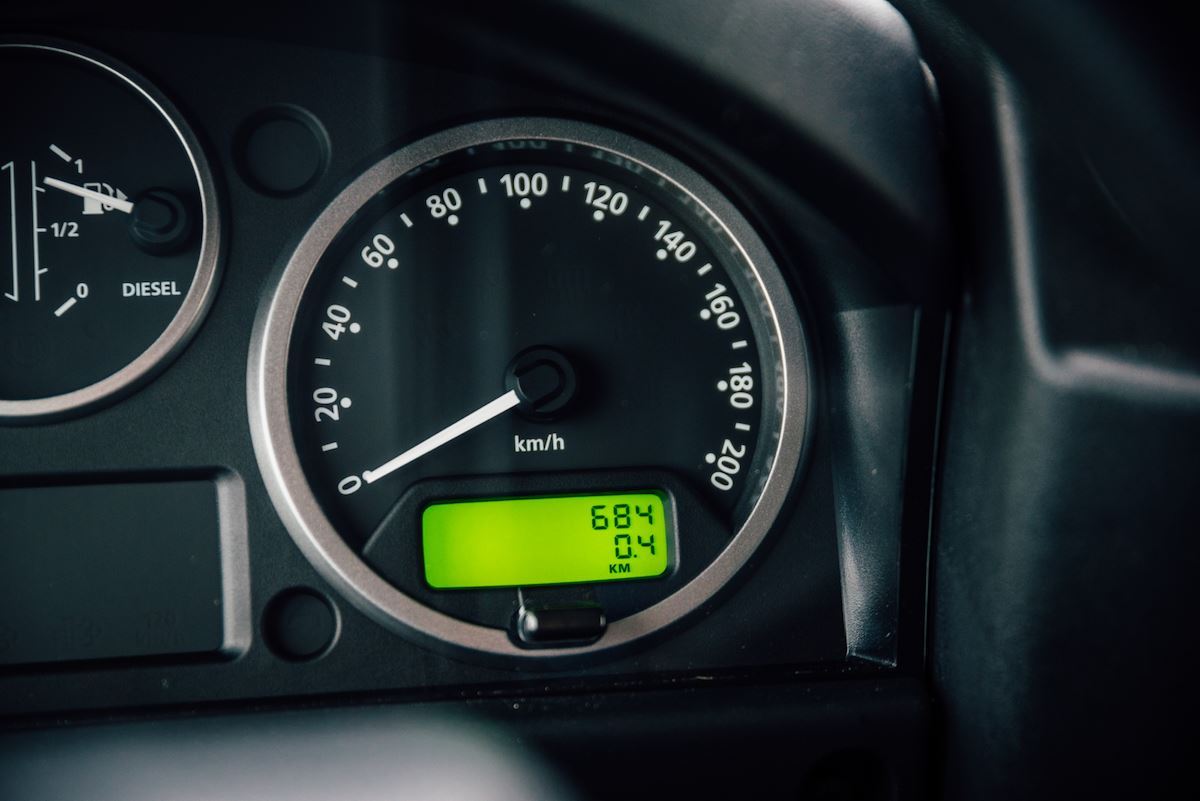 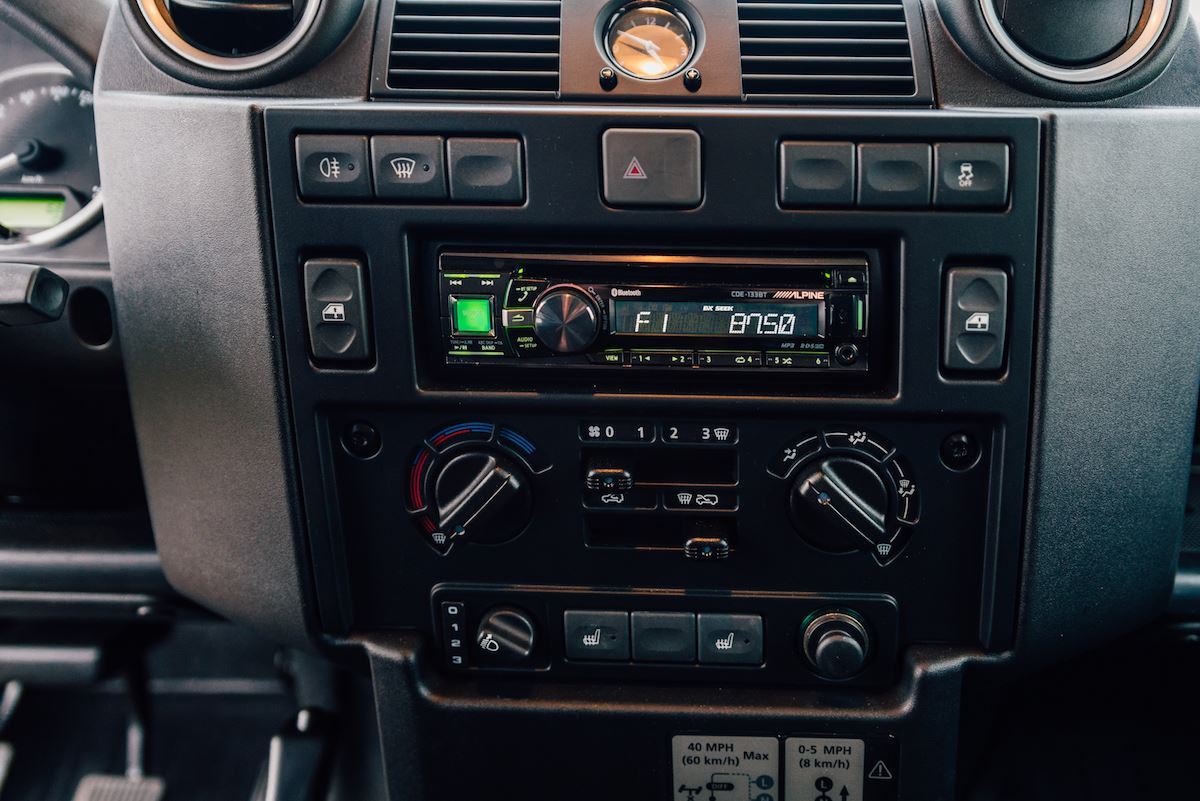 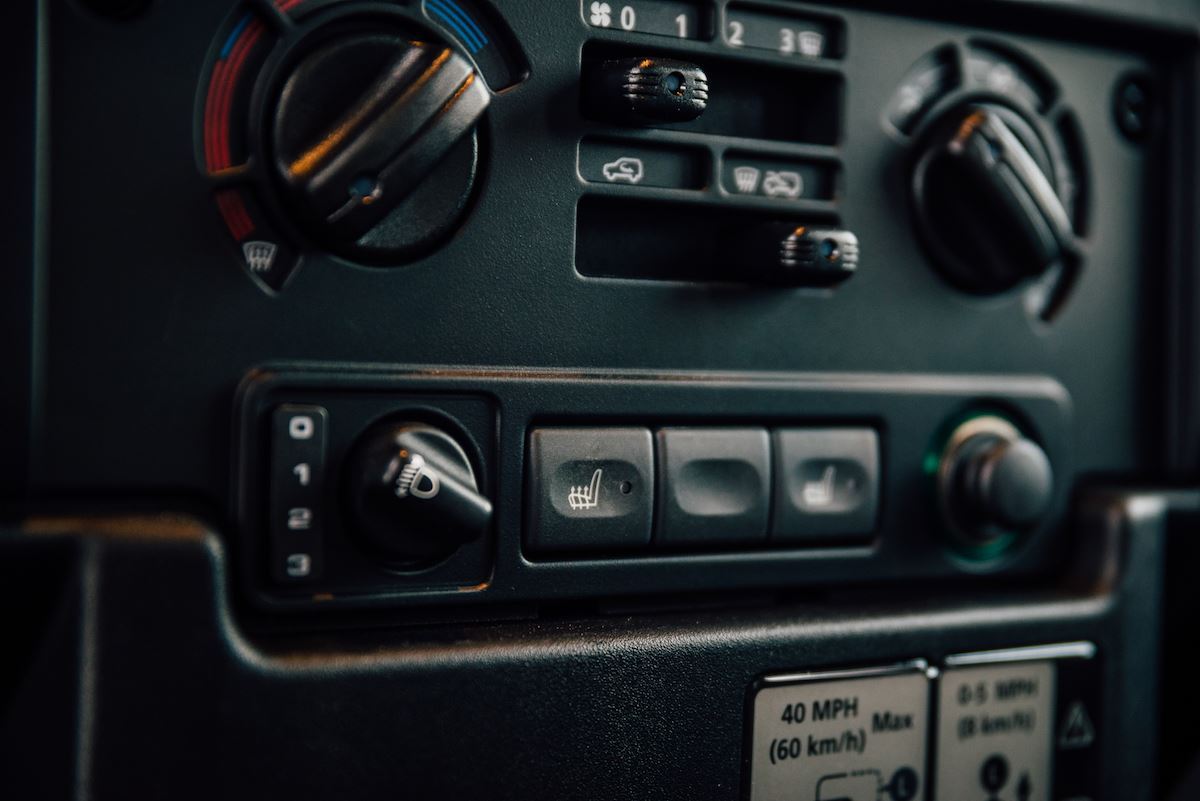 Since its debut at the Amsterdam Motor Show in 1948, the legendary Land Rover Defender has been synonymous with can-do off-road capability in the furthest reaches of the globe.

It has been available in 90-inch short wheelbase two-door and 110-inch long wheelbase four-door variants, and they are identified by those numbers.

Over the course of nearly 70 years and countless updates, the Land Rover Defender has continued to set the standard for unstoppable off-road ability.

This is a 2015 Land Rover Defender Pick up with only 650 kilometers since new.
The car has been newly ordered by it’s owner and has never seen rain. The car is in a brand new condition.
Color wise the car has been very nicely ordered in the desirable exterior color Keswick Green with a black interior.

The soft top to cover the back of the car is also in as new condition.

The interior of the Defender is like the exterior in brand new condition, the car is ordered wit ha so-called cubby box in the middle which can be taken away and replaced by a 3rd. seat.

With a bit of time, you will get used to the Defender’s character on the road.
You can’t drive it like you drive an ordinary car, but with 122hp, the 2.2-litre turbodiesel is more rapid than you may expect.

The switchgear can be traced back to 1980s Rovers, while the Heritage’s heated seats are little more than a token gesture.
But, like most things with the Defender, you quickly accept these quirks as part of its charm. On any other car, it just wouldn’t be acceptable.

We think a brand new last Defender not only will it be an investment, but it’ll provide as much fun as a supercar costing considerably more.