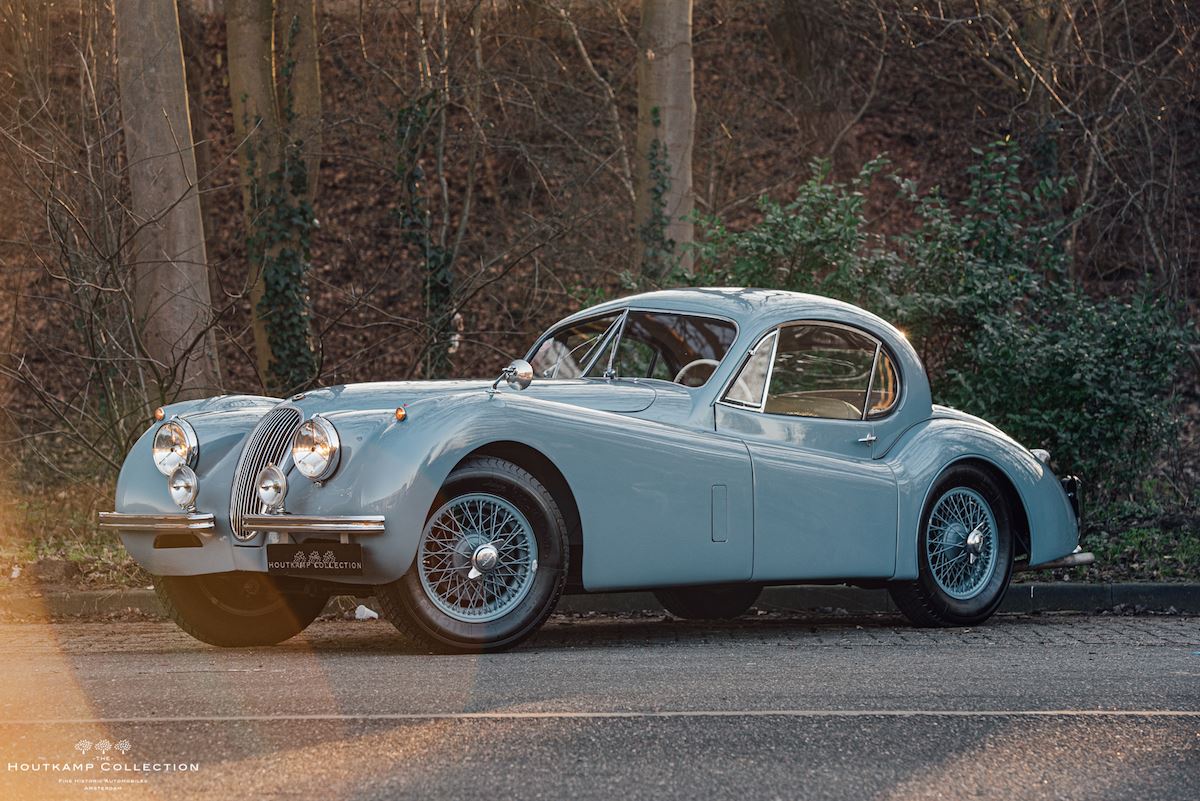 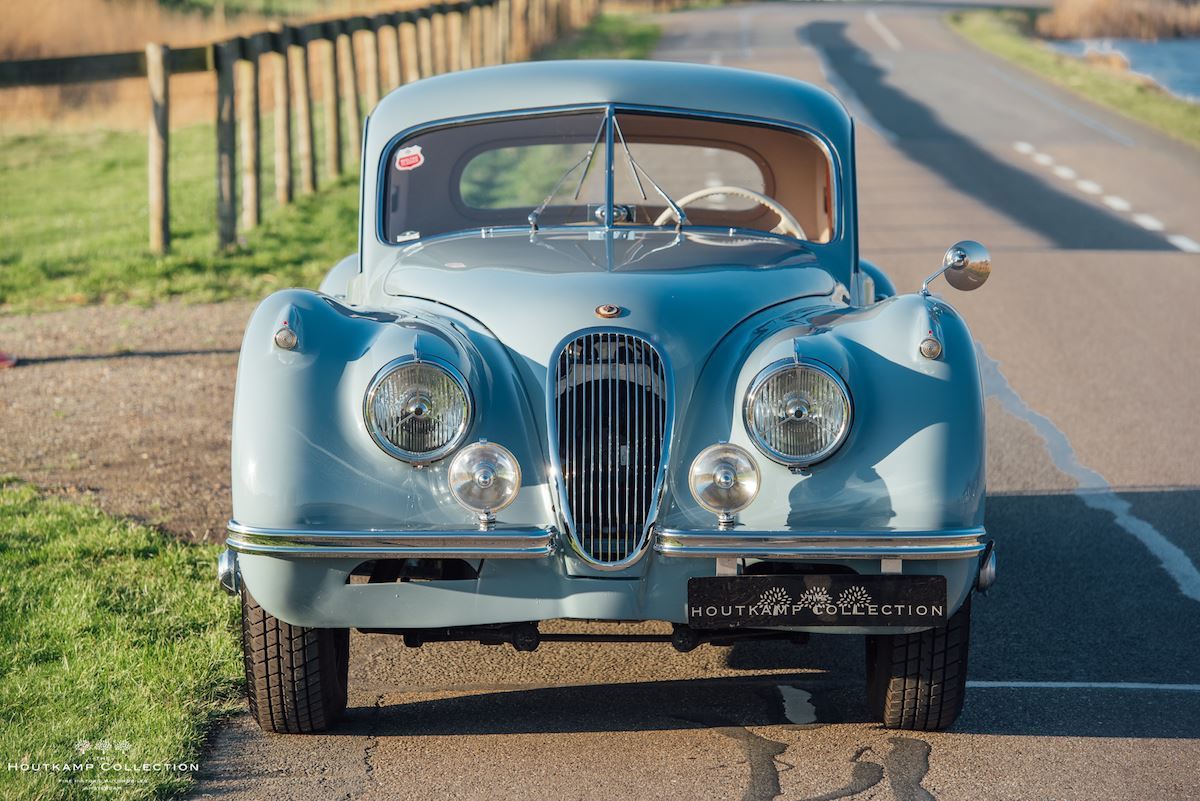 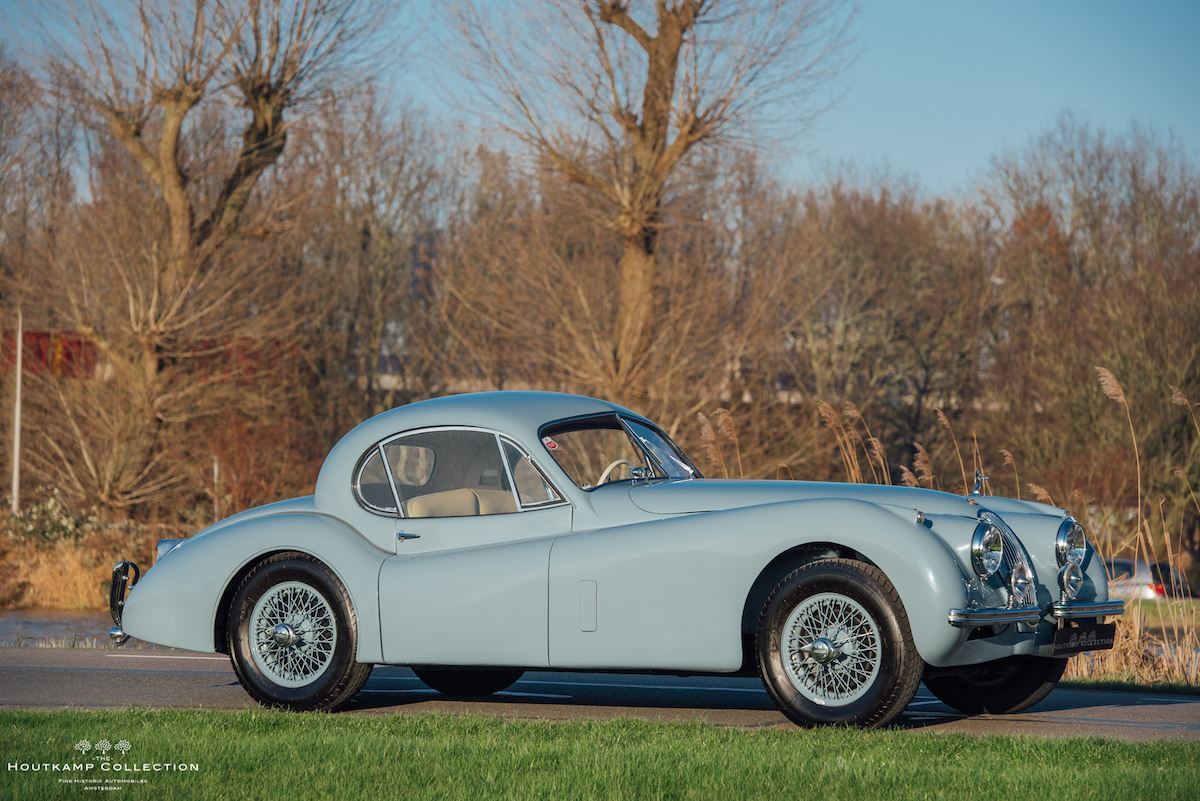 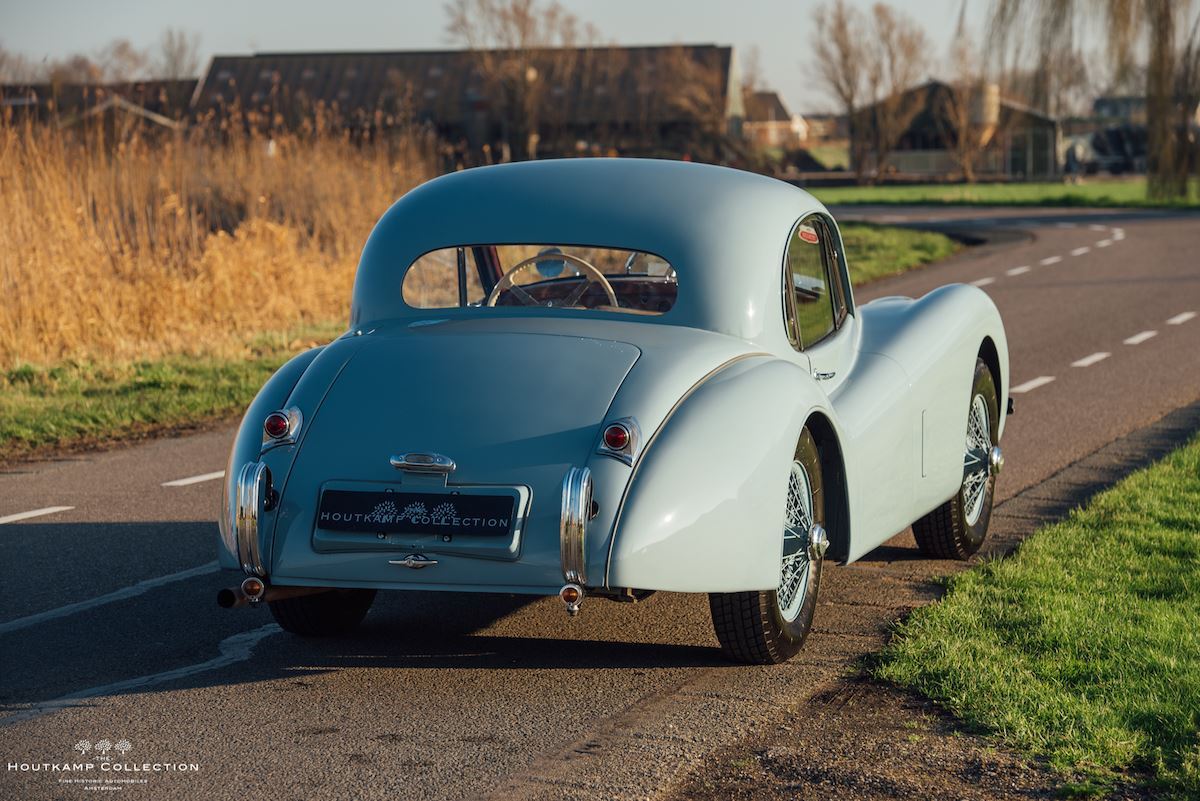 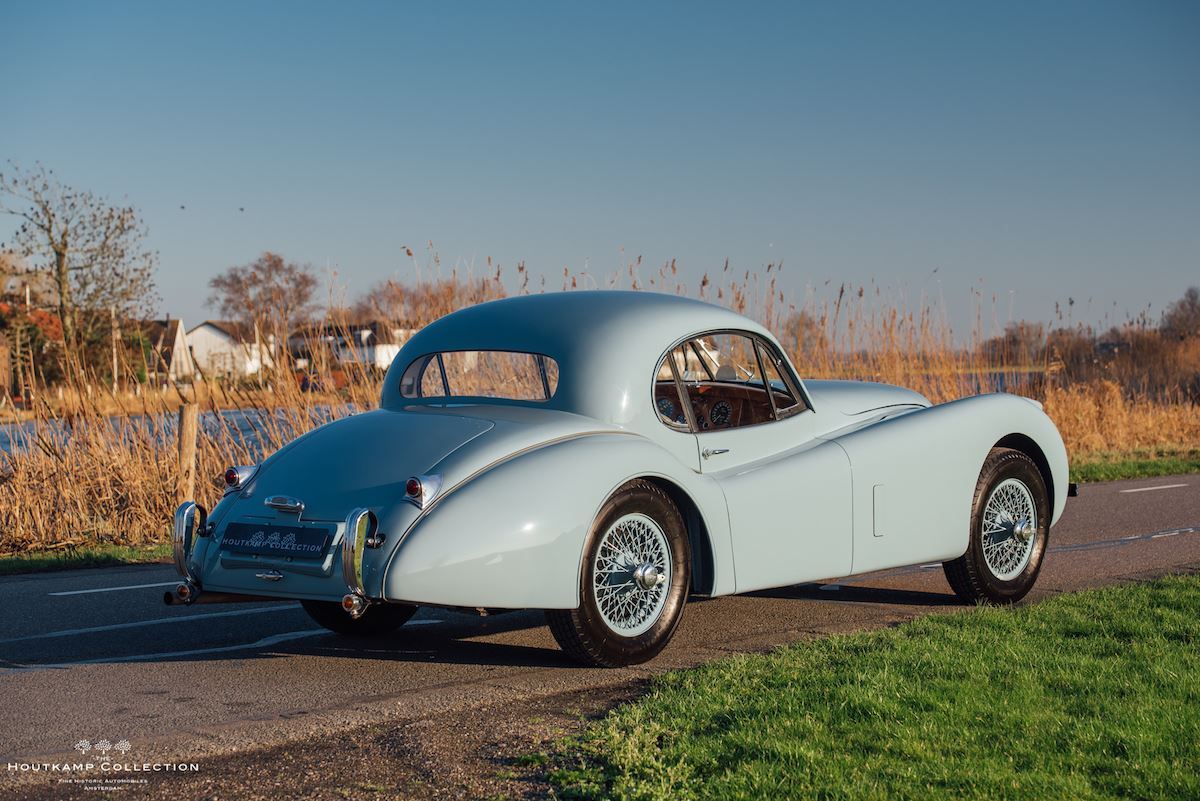 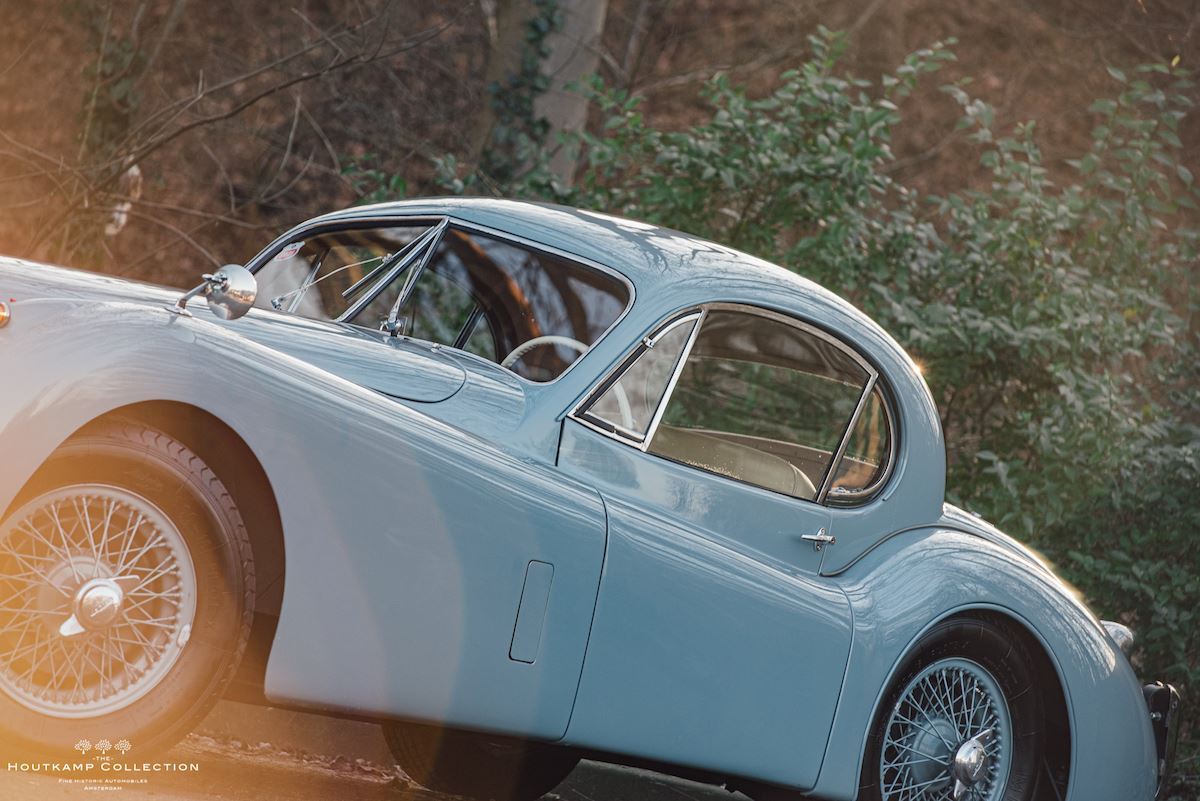 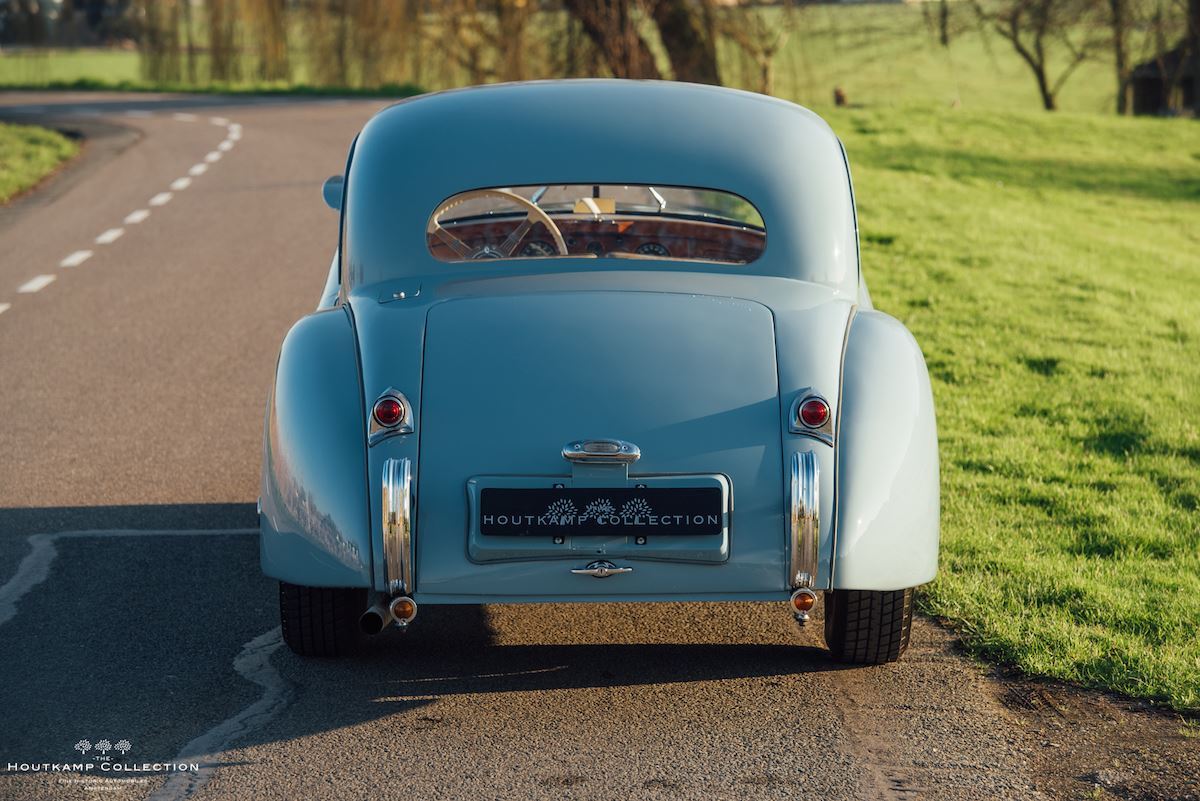 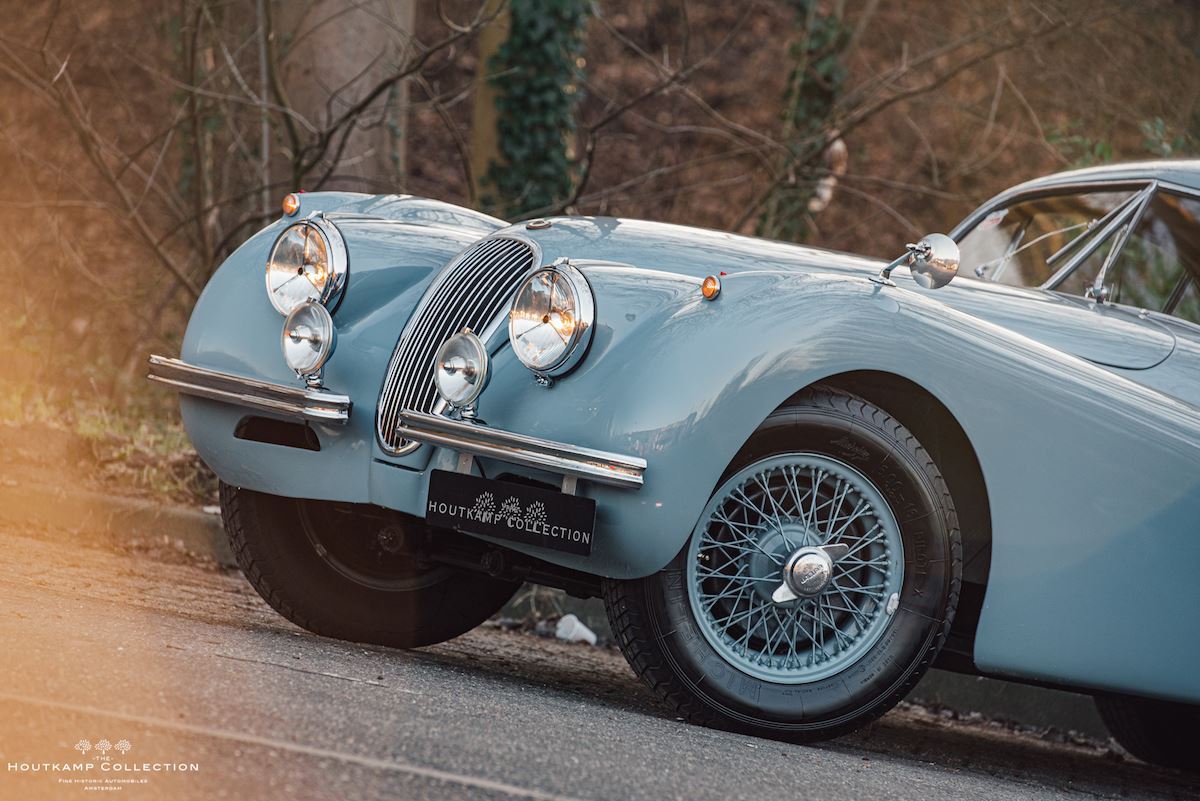 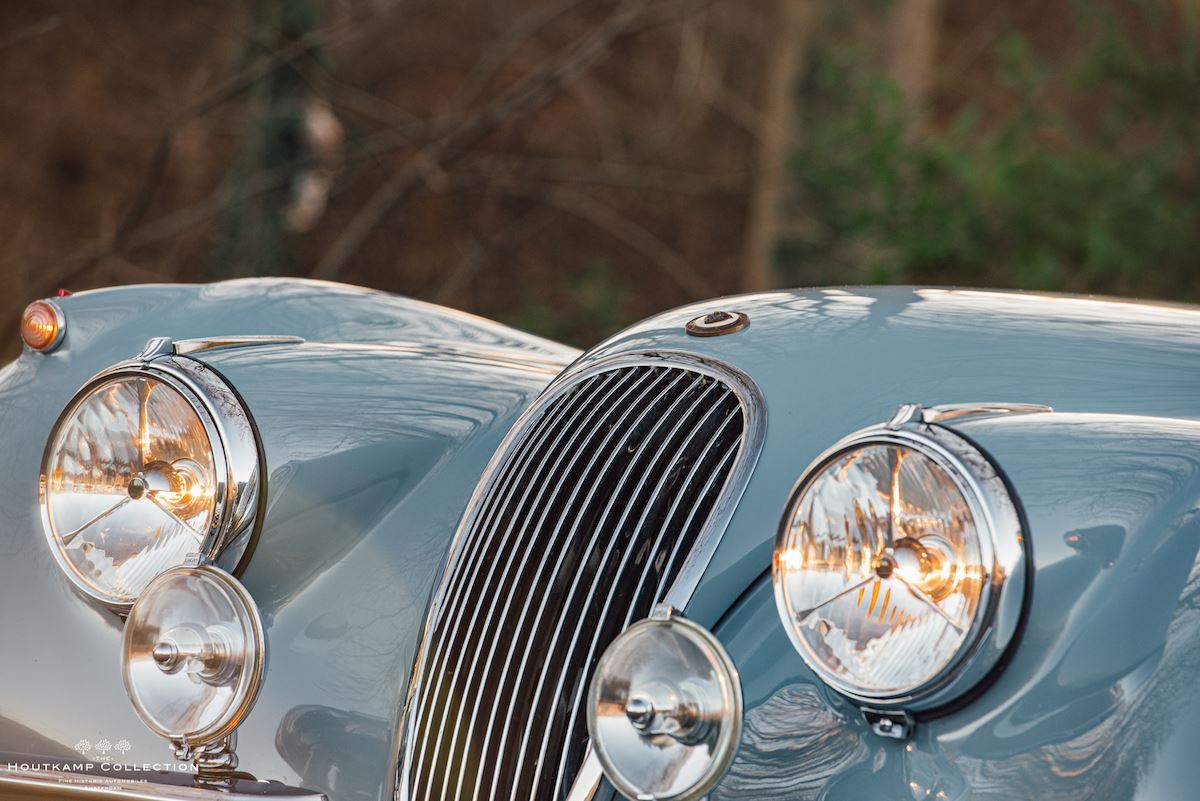 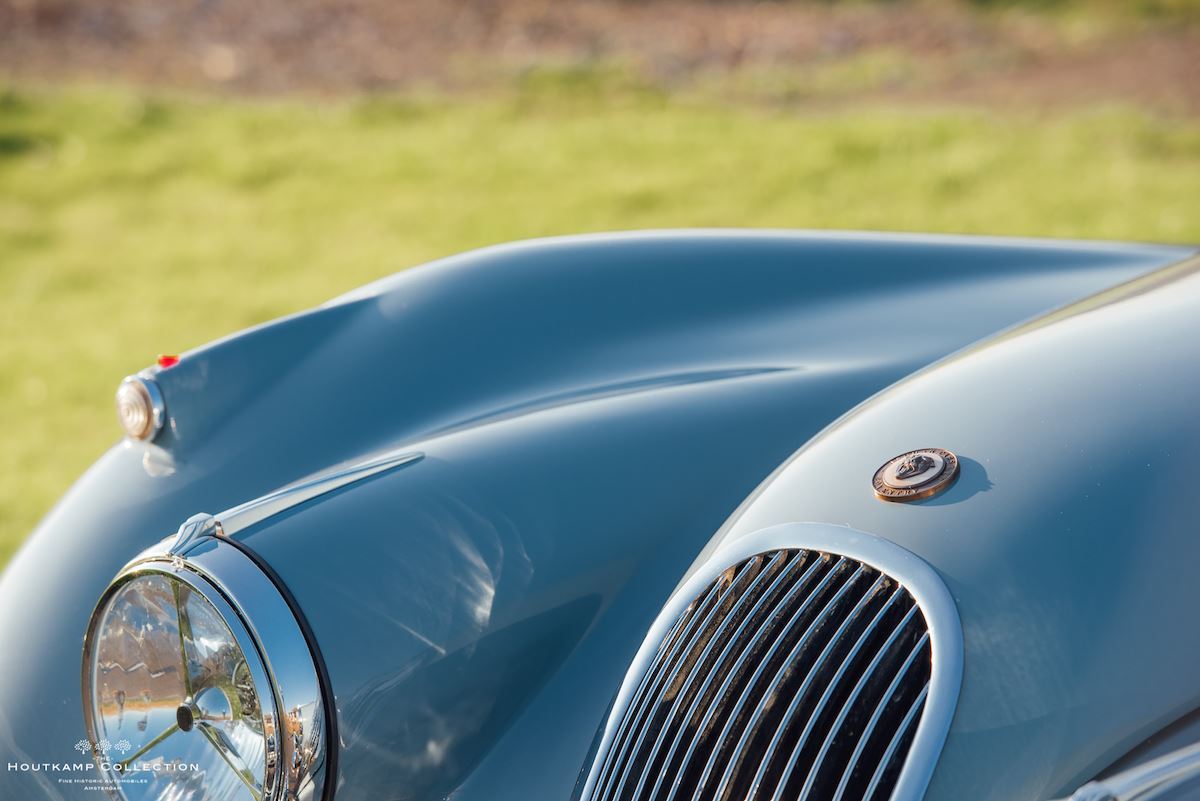 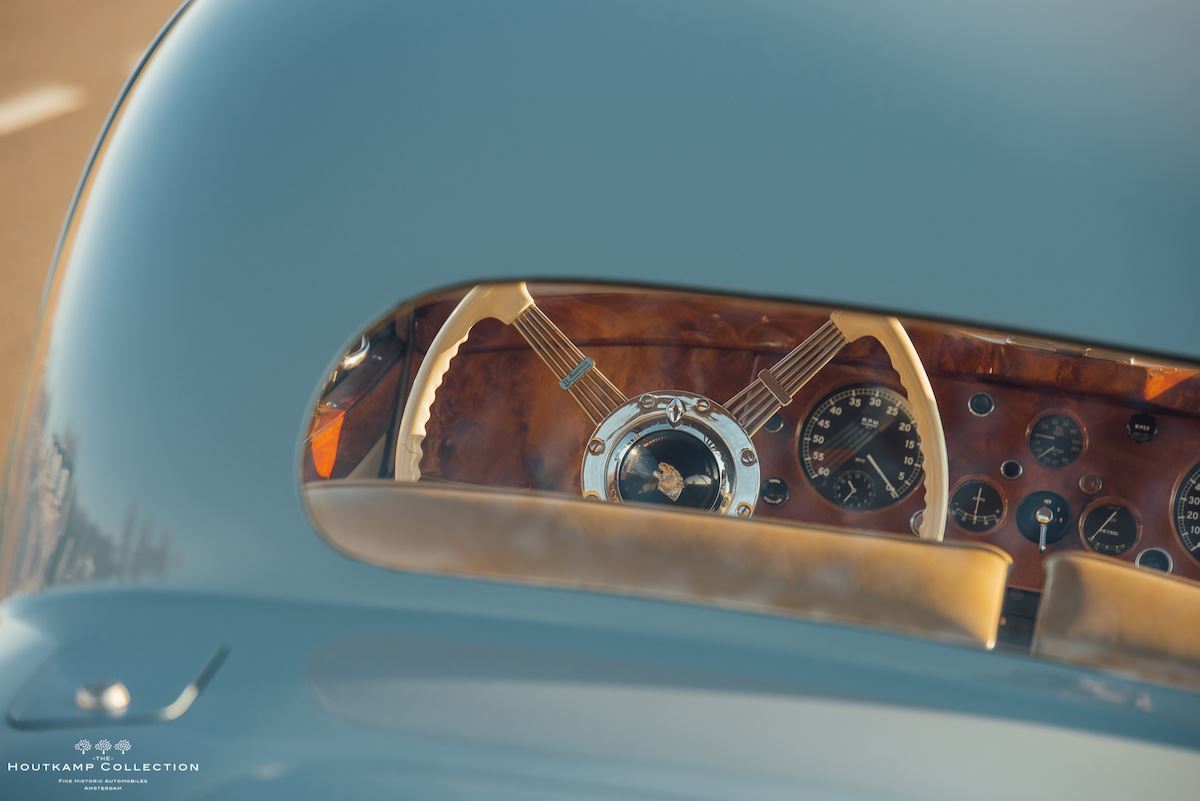 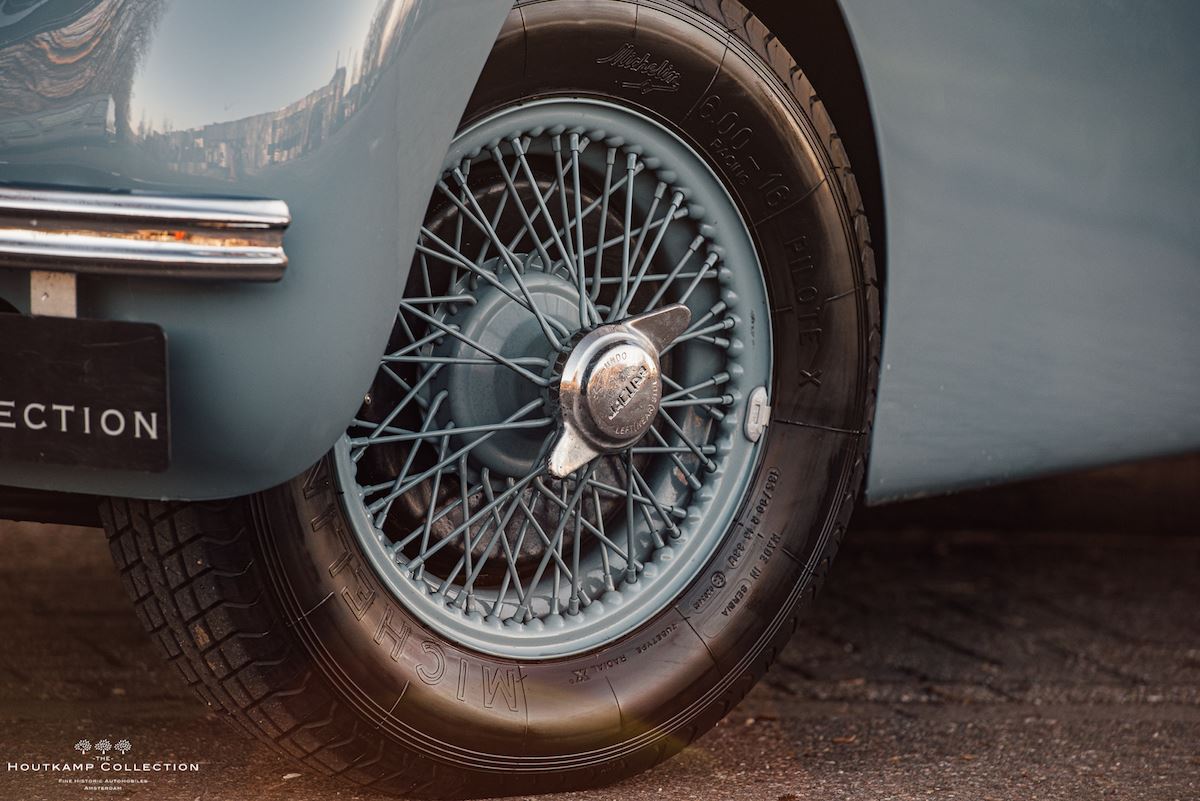 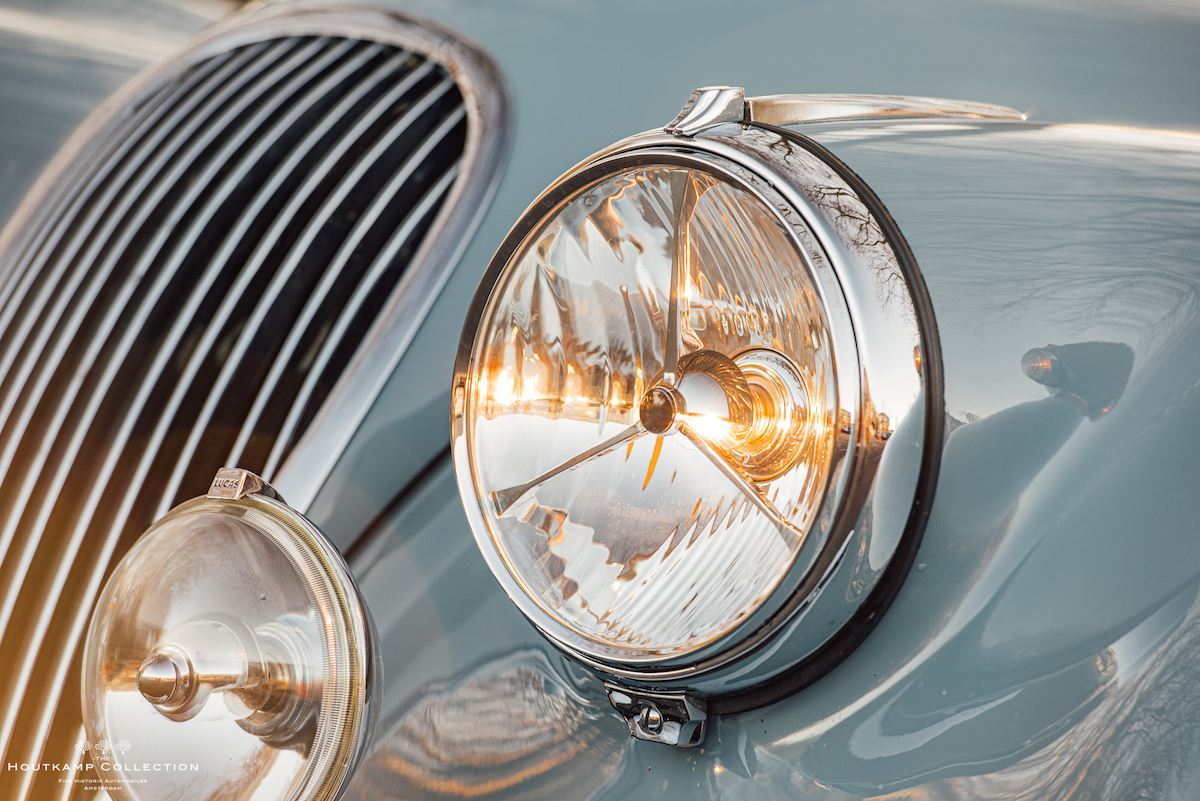 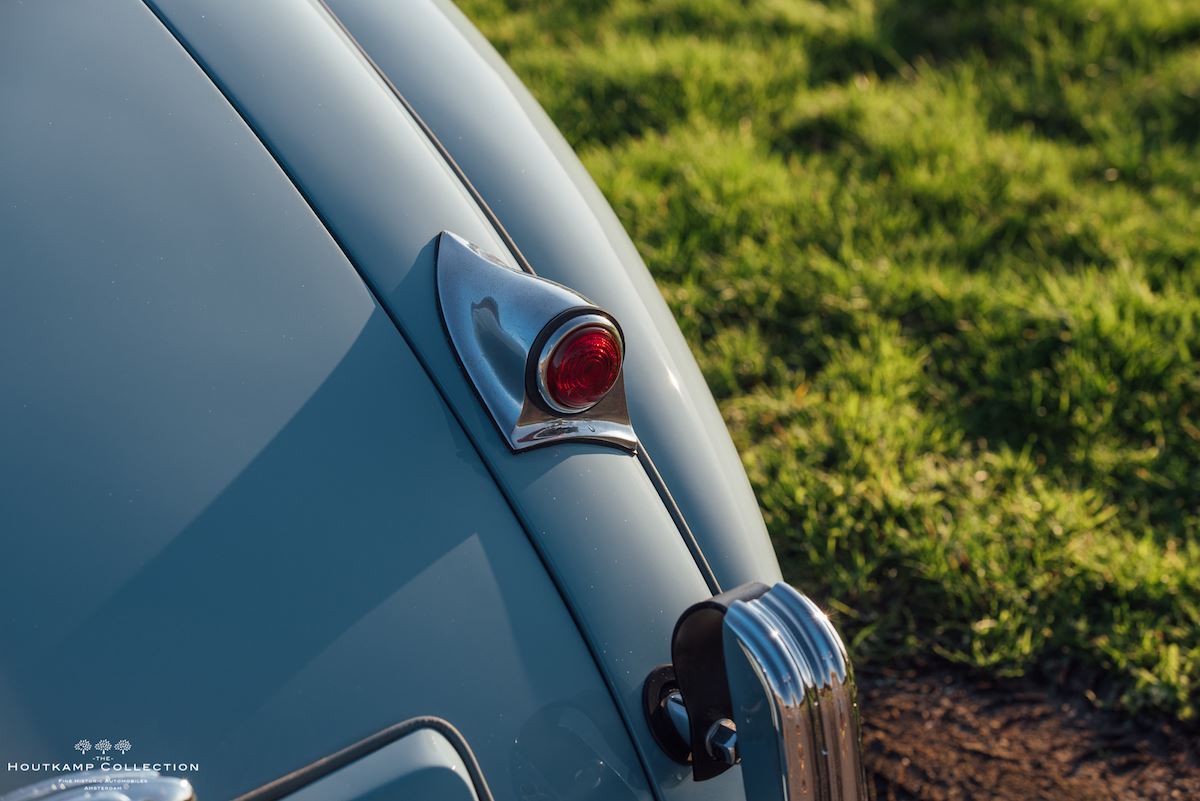 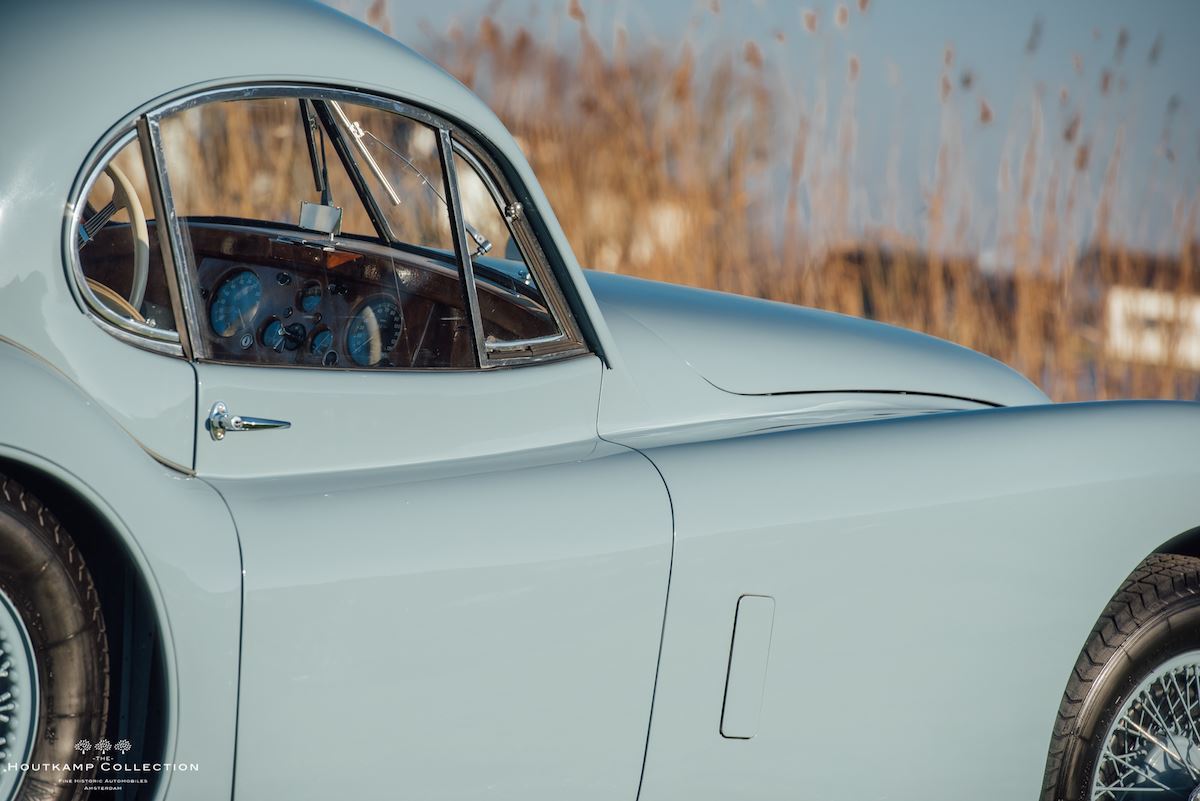 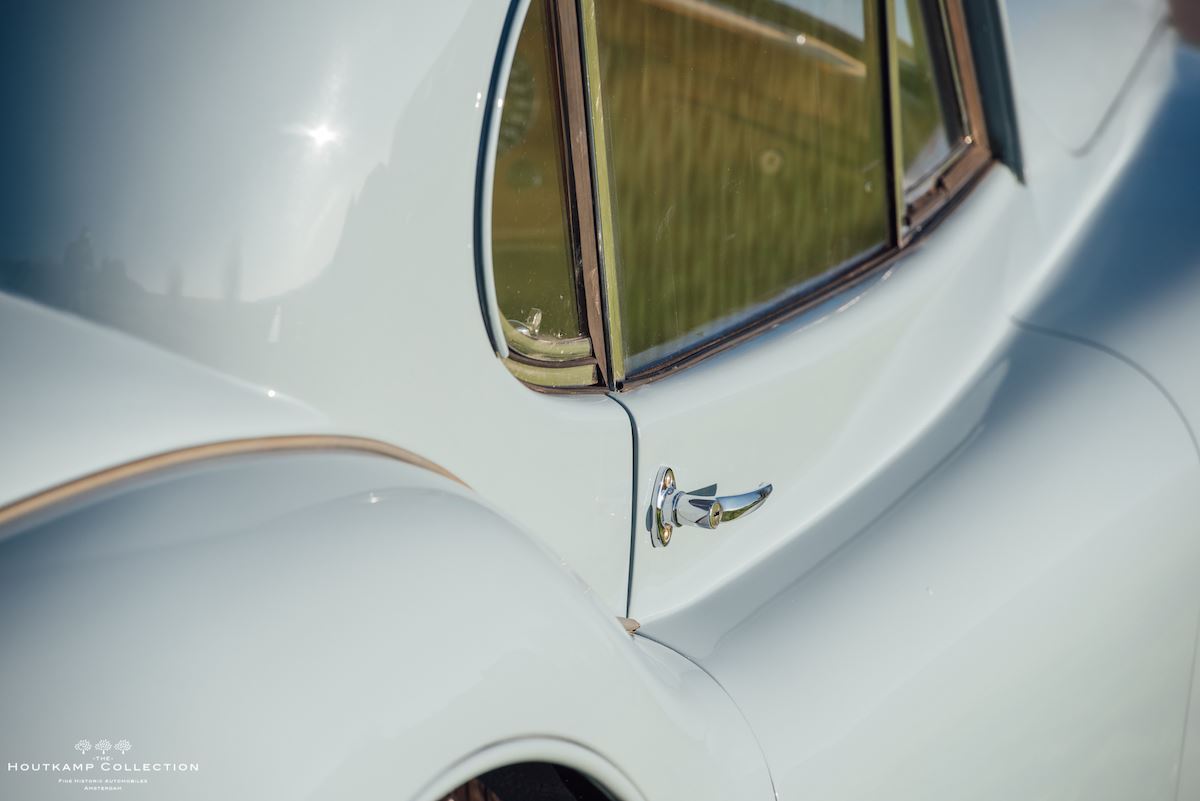 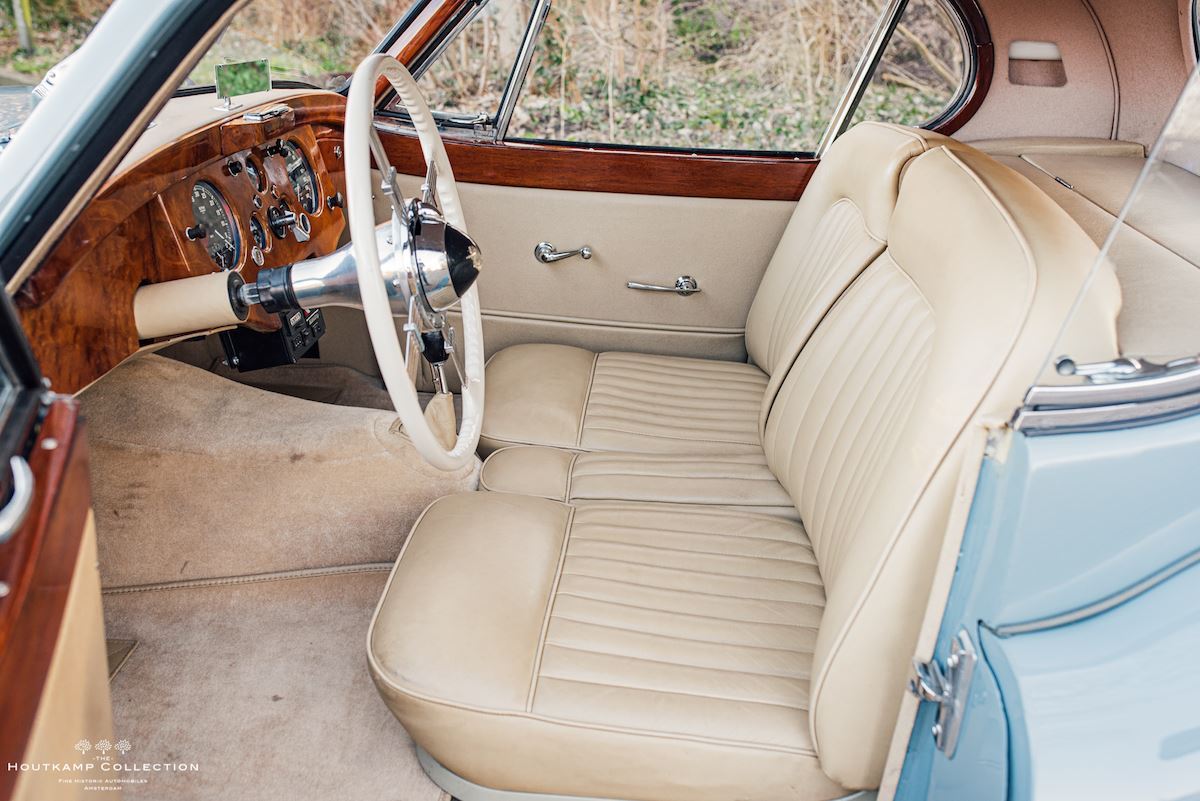 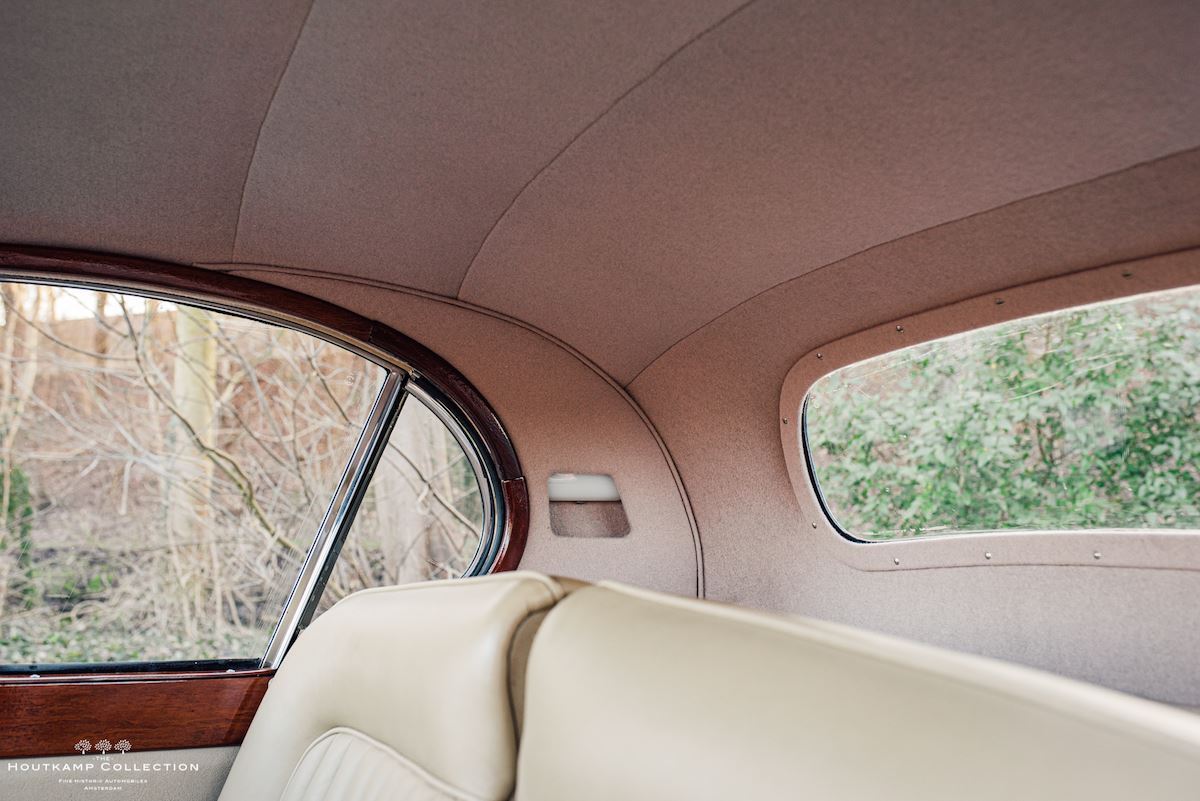 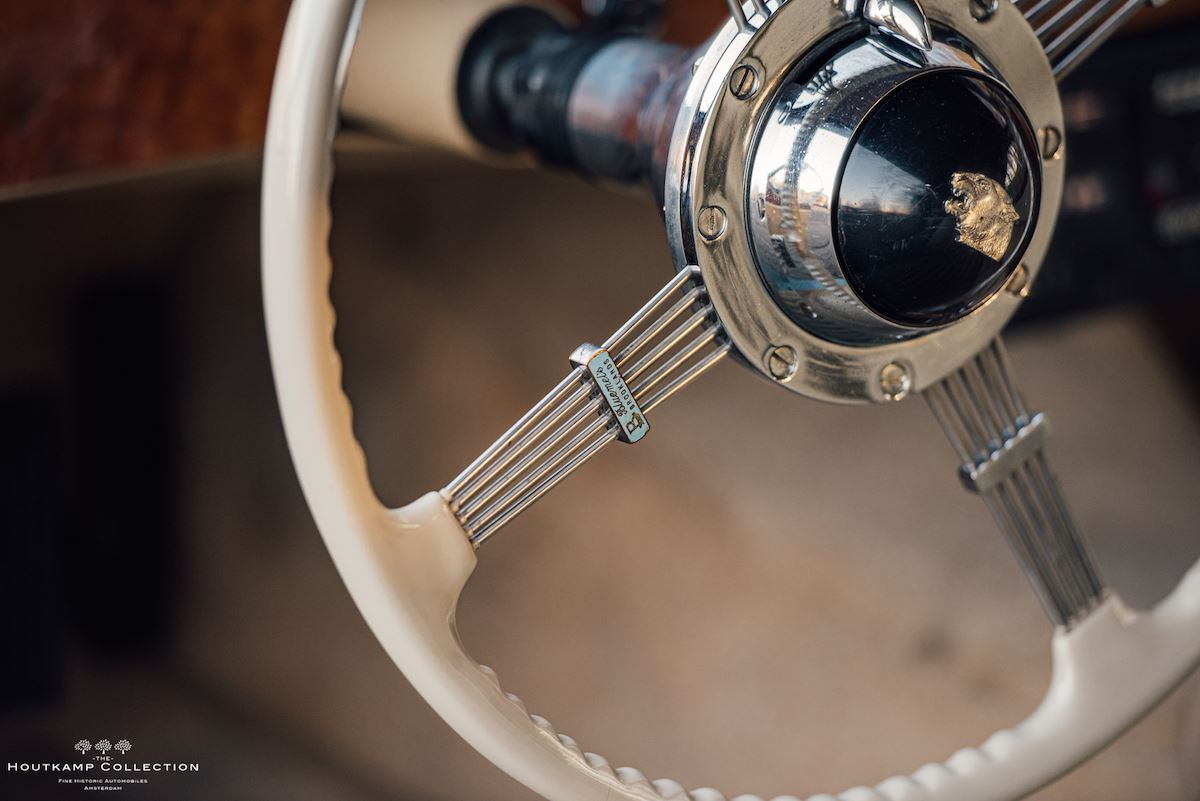 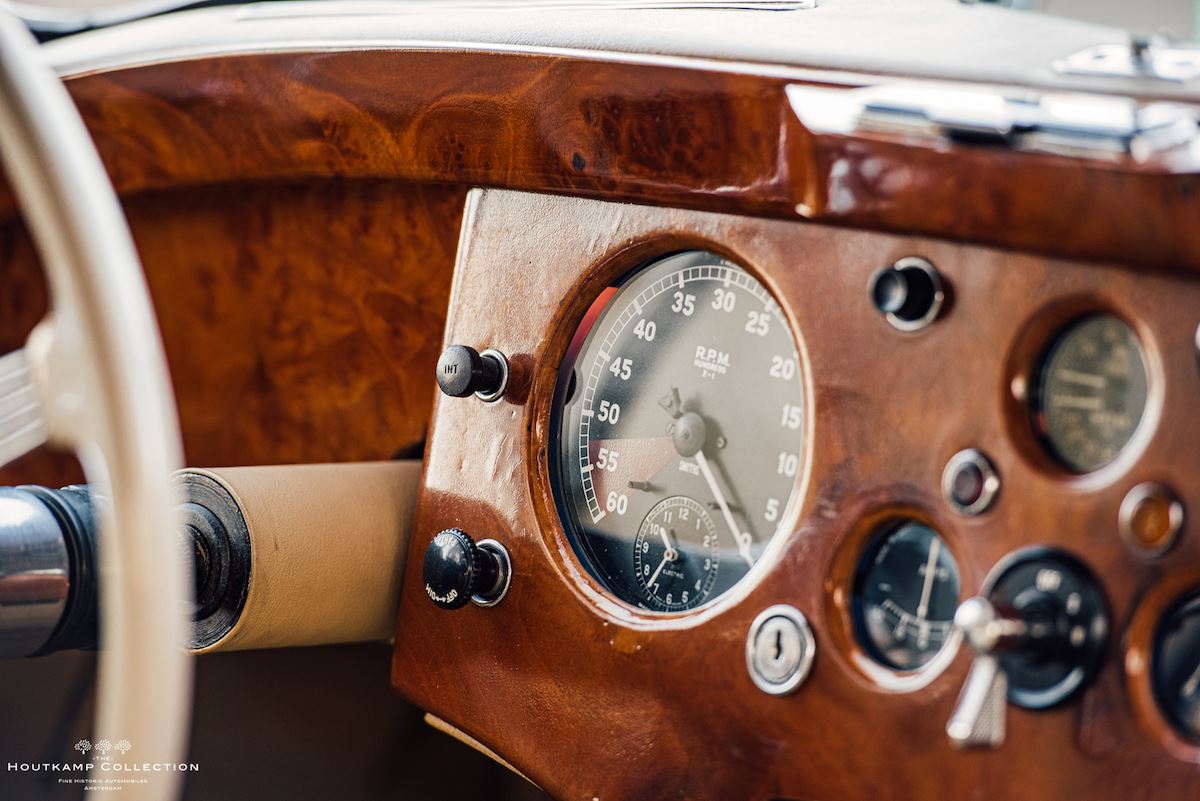 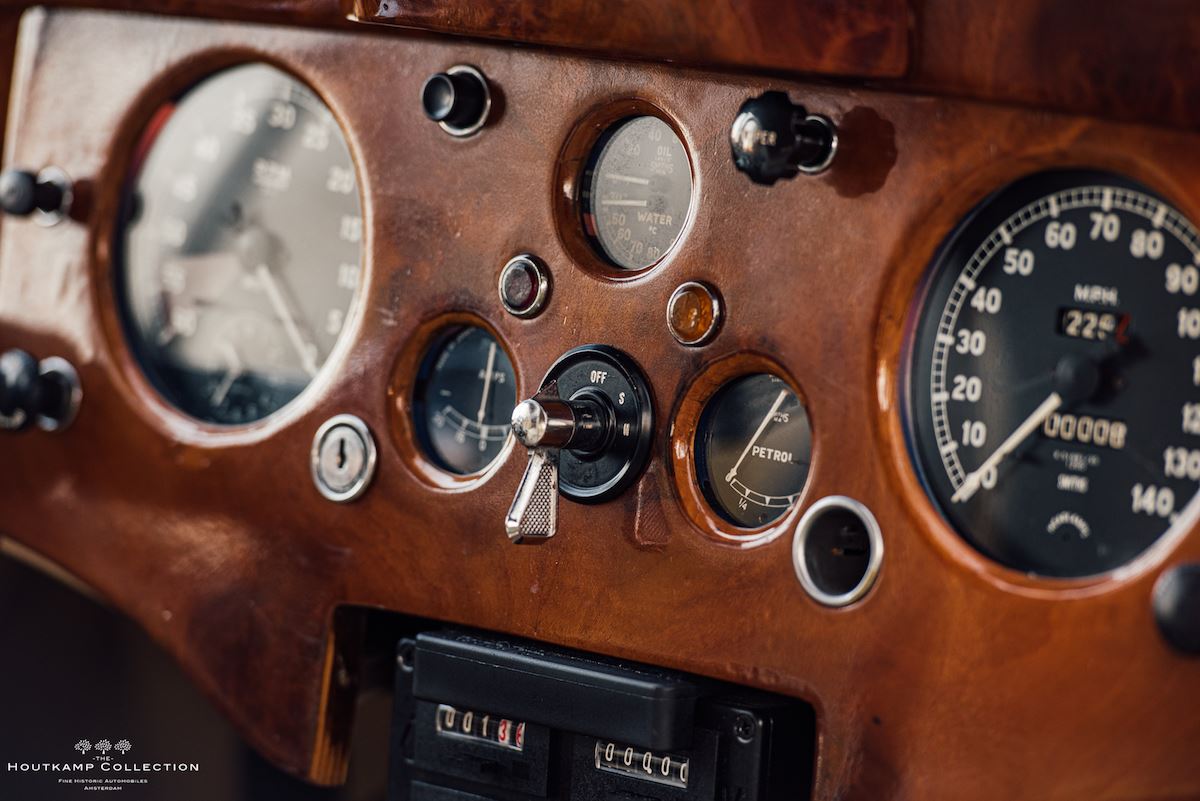 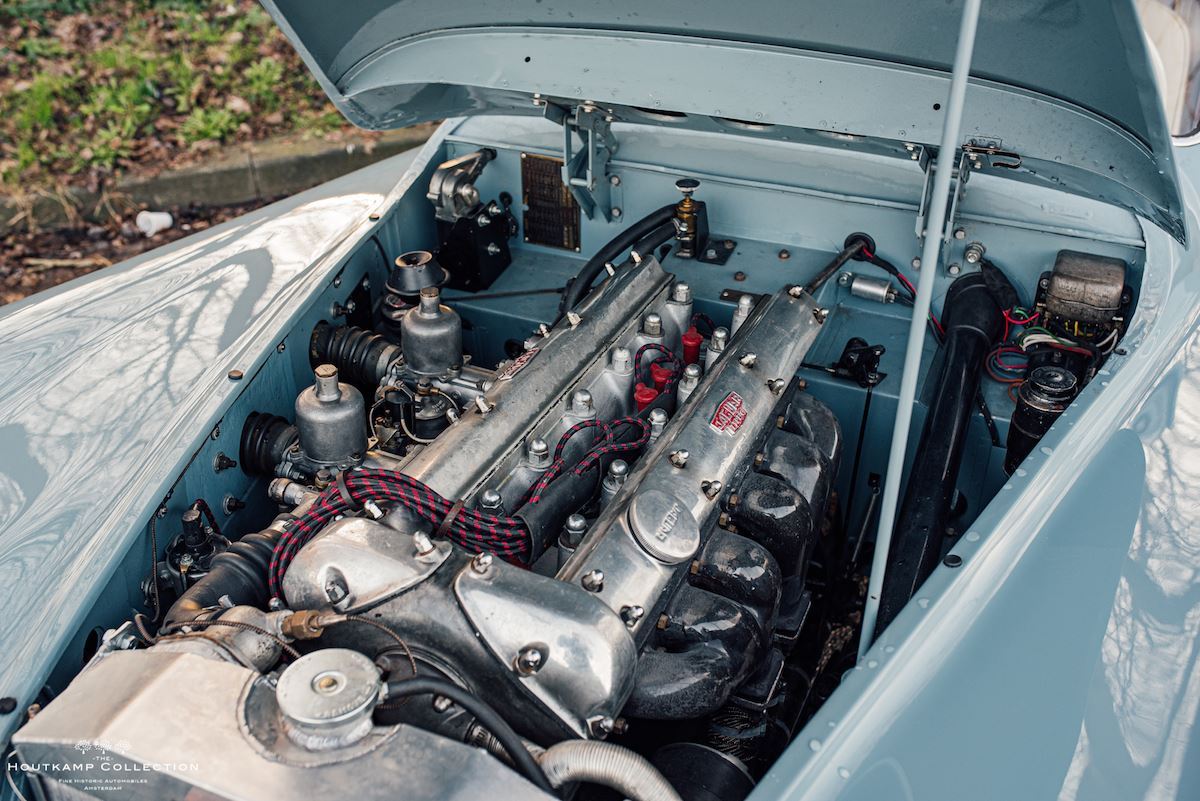 “We claimed 120 mph (for the XK 120), a speed unheard of for a production car in those days.” – William Heynes, Chief Engineer, Jaguar Cars.

The Jaguar XK120 was manufactured by Jaguar between 1948 and 1954 and was Jaguar’s first post-war sports car, succeeding the SS 100 which ceased production in 1940.

Jaguar’s stunning XK120 was a massively important car for both the marque and post-war Britain. Upon its introduction, the XK120 was the fastest car in the world and arguably the most beautiful. As a result, it put Jaguar firmly back on the map. After the model’s debut at the 1948 Earl’s Court Motor Show, one journalist commented, “All perceived notions as to what was a series-production sports car disappeared overnight.”

The Fixed Head Coupé entered production in 1951 as the second of three XK120 models, and it boasted perhaps the highest level of practicality out of the three styles. The addition of a hardtop not only protected its occupants from the weather, but it also added even more voluptuous curves to the already shapely body.

The XK120 set new standards of comfort, roadholding and performance for British sports cars and, in keeping with the Jaguar tradition, there was nothing to touch it at the price. Coupé and drophead coupé versions followed, and for customers who found the standard car too slow, there was the Special Equipment (SE) package, which boosted power to 180bhp. With either engine and regardless of the type of bodywork, the XK120 was a genuine 120mph car capable of sustained high-speed cruising.

The Jaguar was repainted in the very attractive and period-correct colour of pastel Blue, beautifully complementing the beige leather interior.

The restoration took place over some years and on pictures of the body restoration we can see that the body has been restored in 2011.

In 2017 the Jaguar was bought by the former owner who traded the car in on a very special Alfa Romeo.

During the restoration the car has been impressively restored. Pictures show the body which was stripped down to bare metal, with anything deemed needing repair or replacement rectified with correct components.

When the Jaguar was bought by it’s former German owner in 2017, the car was very properly serviced and have been made ready to use and to enjoy.

Nevertheless, the car has since then only been used for some small trips and light touring rallies.

Documented by its Jaguar Daimler Heritage Trust Certificate, this beautiful XK120 Fixed Head Coupe would be a great entry to any number of historic rallies included the Mille Miglia.

The body of the Jaguar is in a beautiful condition. Due to the impressive restoration in 2011 whereby the body was fully stripped to bare metal the body shows impressively nice.

The shine of the paint is deep and nice and the doorgaps are excellent.

The chrome parts are also in a very nice and shiny condition.

The car is fitted with auxiliary fog lamps and the wheels have been sprayed in body color. Therefore the car looks beautifully sportive.

Because of the fact that the Jaguar has been restored some time ago one can find probably a very small imperfection but overall this is a beautiful XK 120.

The beautiful beige leather interior has been restored by a company named Bartlett. A certificate of authenticity is coming with the Jaguar which certifies that the replacement interior of the vehicle is made with the same materials as originally specified  by Jaguar Cars in Coventry in period.

The interior is equally nice. The leather on the seats is excellent even as the carpets and the wood.

The wood seems to be fully original and shows a beautiful patina.

A very unique appearance is the the cream steering wheel. An original part from those years which is mainly changed to a more ordinary black steering wheel.

All switches and instruments are in a perfect condition and have been all checked on functionality.

Even the trunk has been fully and period correct restored.

The engine compartment of the Jaguar has been perfectly restored as well. The engine bay is very clean and period correct.

The only exception is the aluminium radiator and the extra cooling fan. Helpful improvements in todays traffic.

When the car is on a lift the chassis becomes visible and shows that this car has been very properly restored from the bottom.

The car is from underneath also in a beautiful condition and shows that a very proper restoration has been carried out.

There were three reasons to buy an XK120 fixed-head coupe in 1953: styling, performance and price. The styling should be rather self-evident, and the performance–at least the engine performance, which we’ll get to later–was legendary.

The price? When it first hit the streets, the XK120 coupe rang in at just $3,805, less than one third the price of a Ferrari.

Almost 60 years later, the styling and the performance are still top reasons to buy, and a Jaguar XK120 coupe can still be bought for about a third the price of a Ferrari.

The more things change, the more they stay the same.

The XK120 is one of the icons of the post-war British sports car world and think the XK120 is undeniably a classic that every enthusiast should have the opportunity to experience.

The powerful inline-6 is truly one of the motoring greats and will undoubtably provide its next owner with numerous thrilling miles.

This beautiful XK120 Fixed Head Coupe would be a great entry to any number of historic rallies included the Mille Miglia.