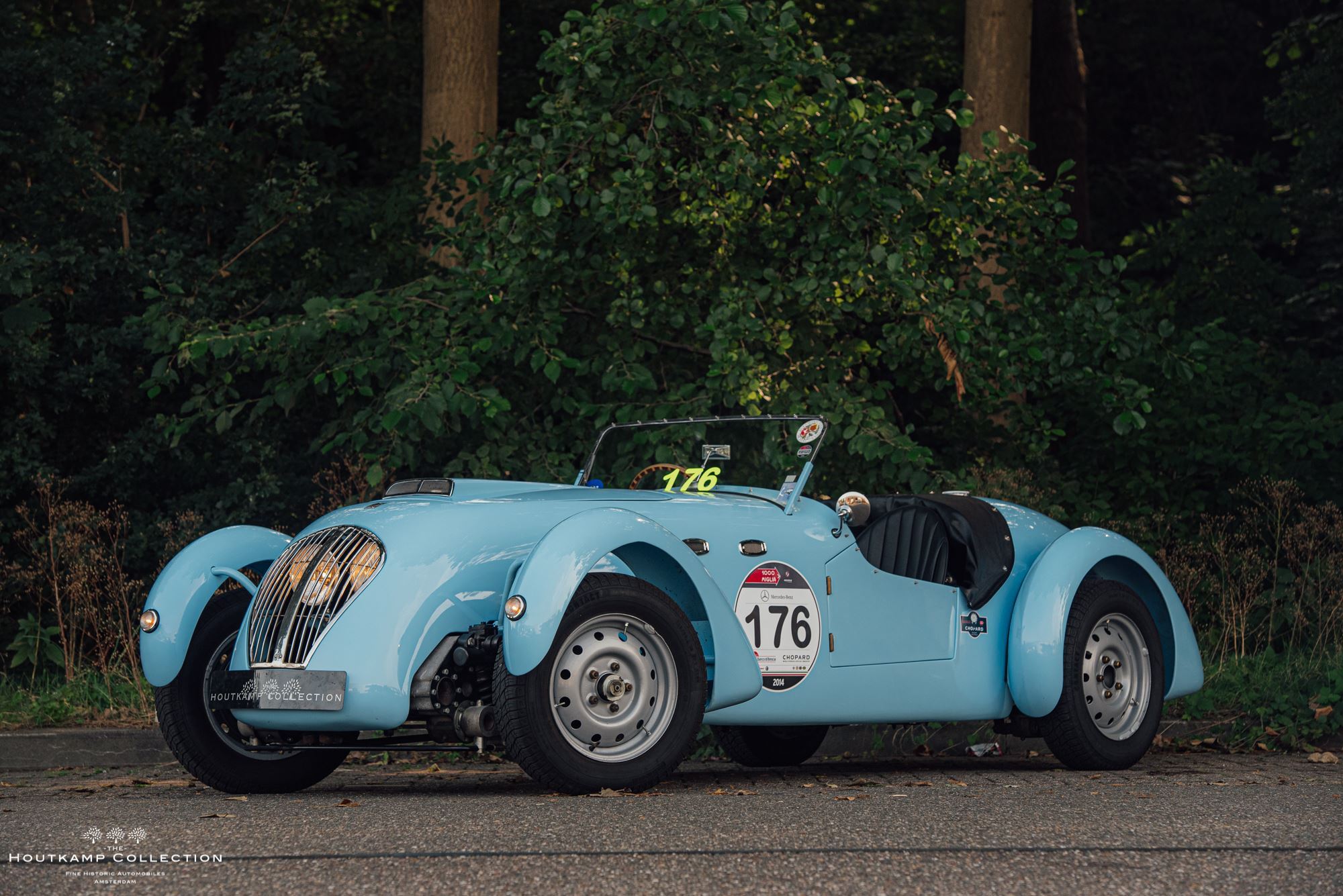 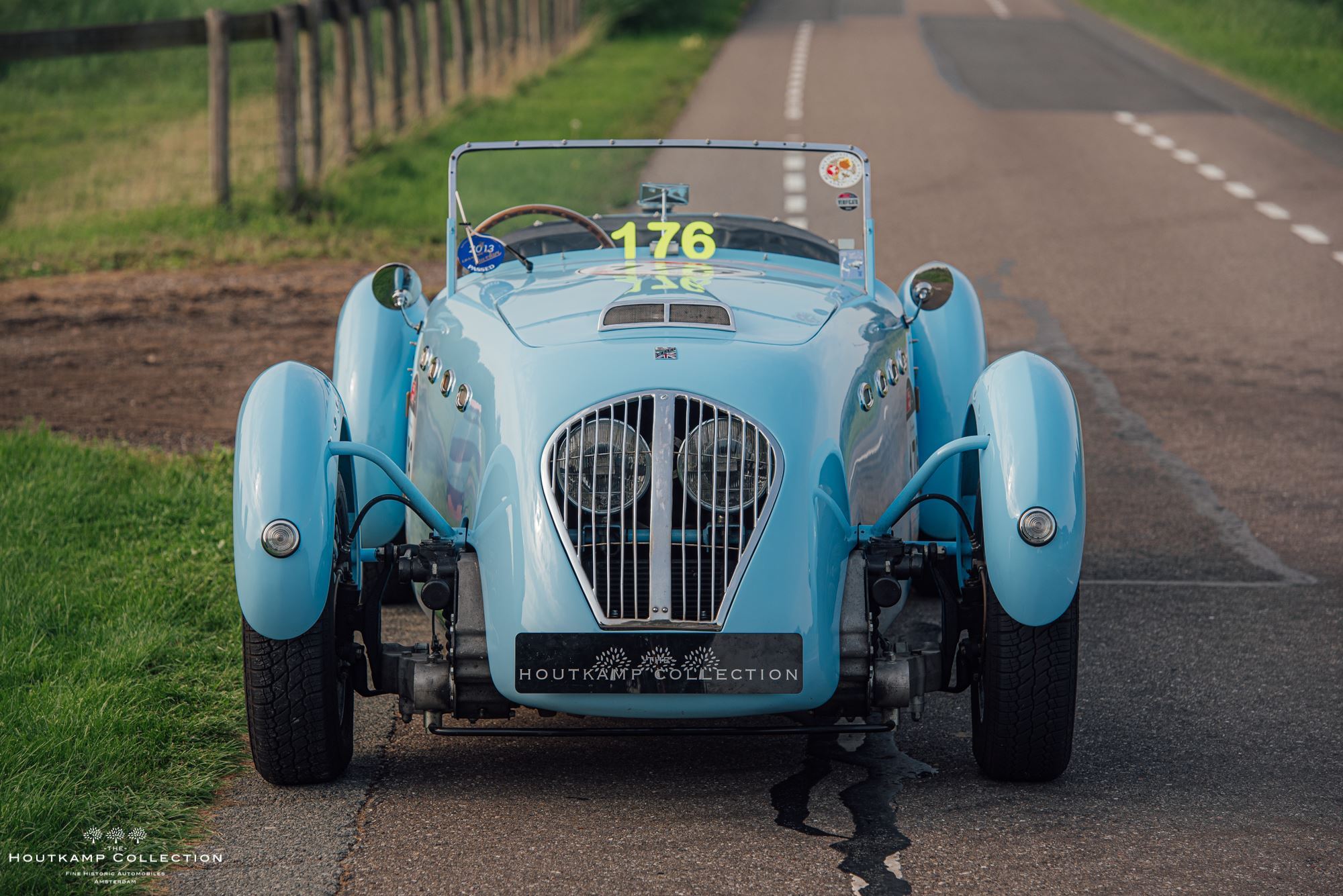 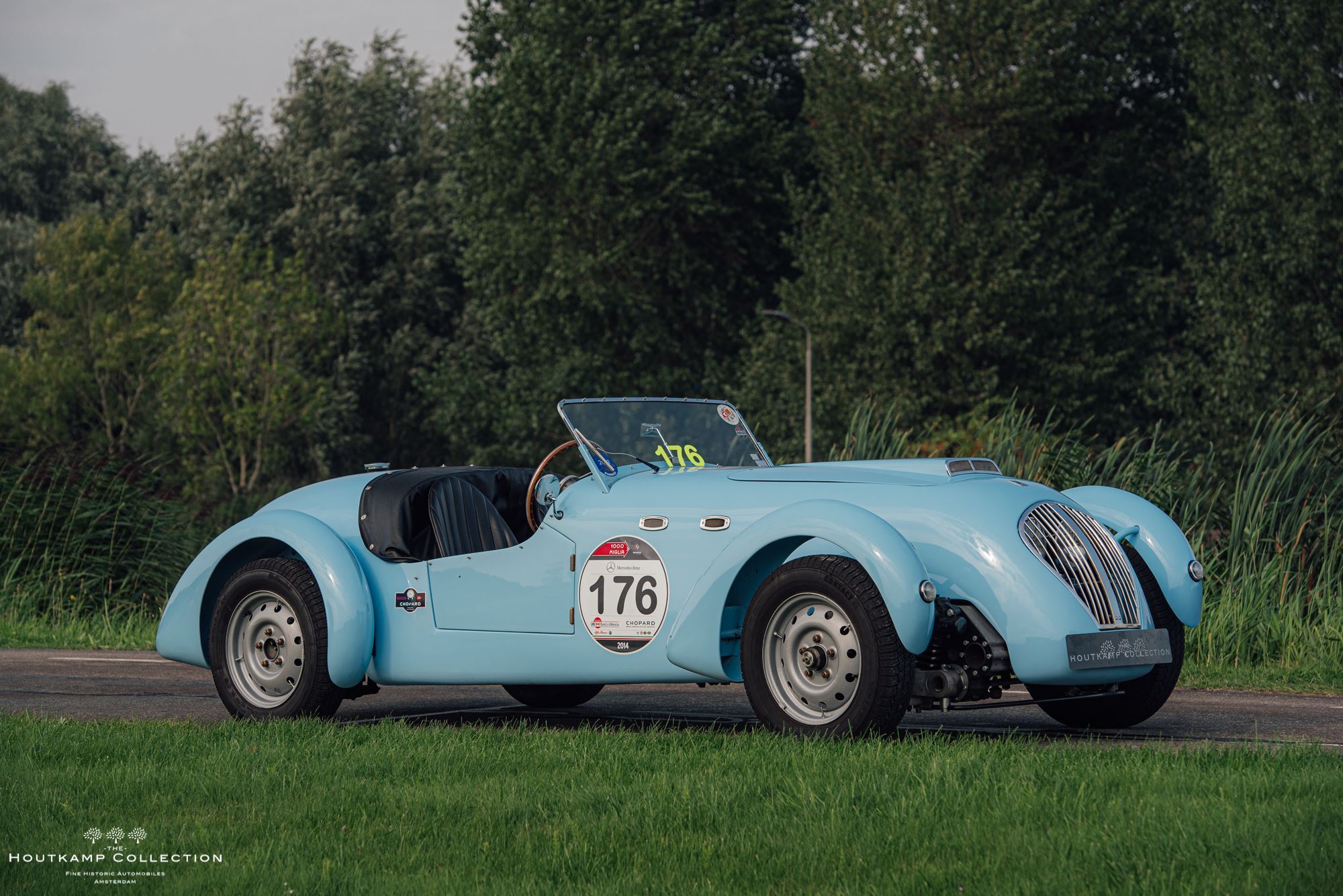 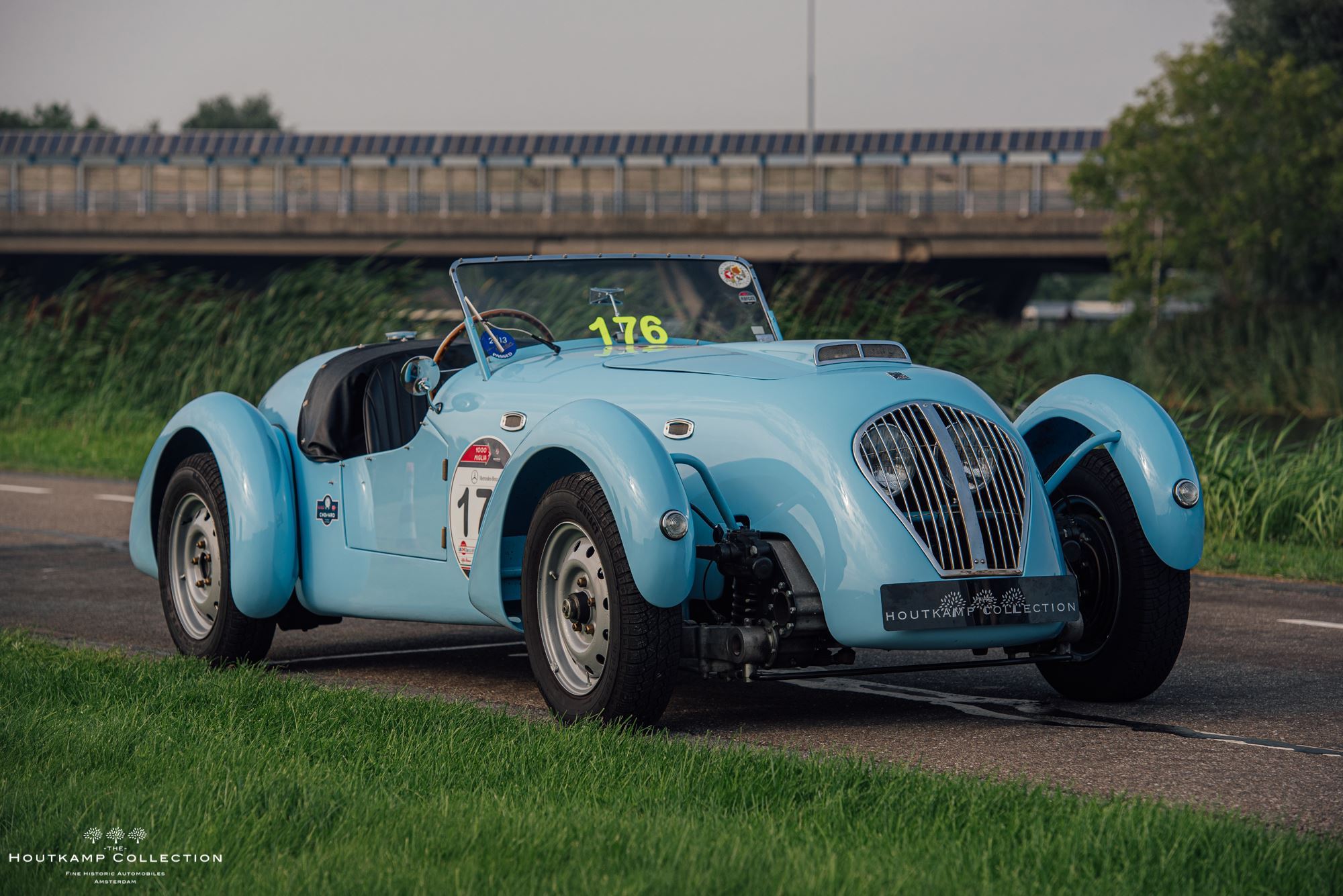 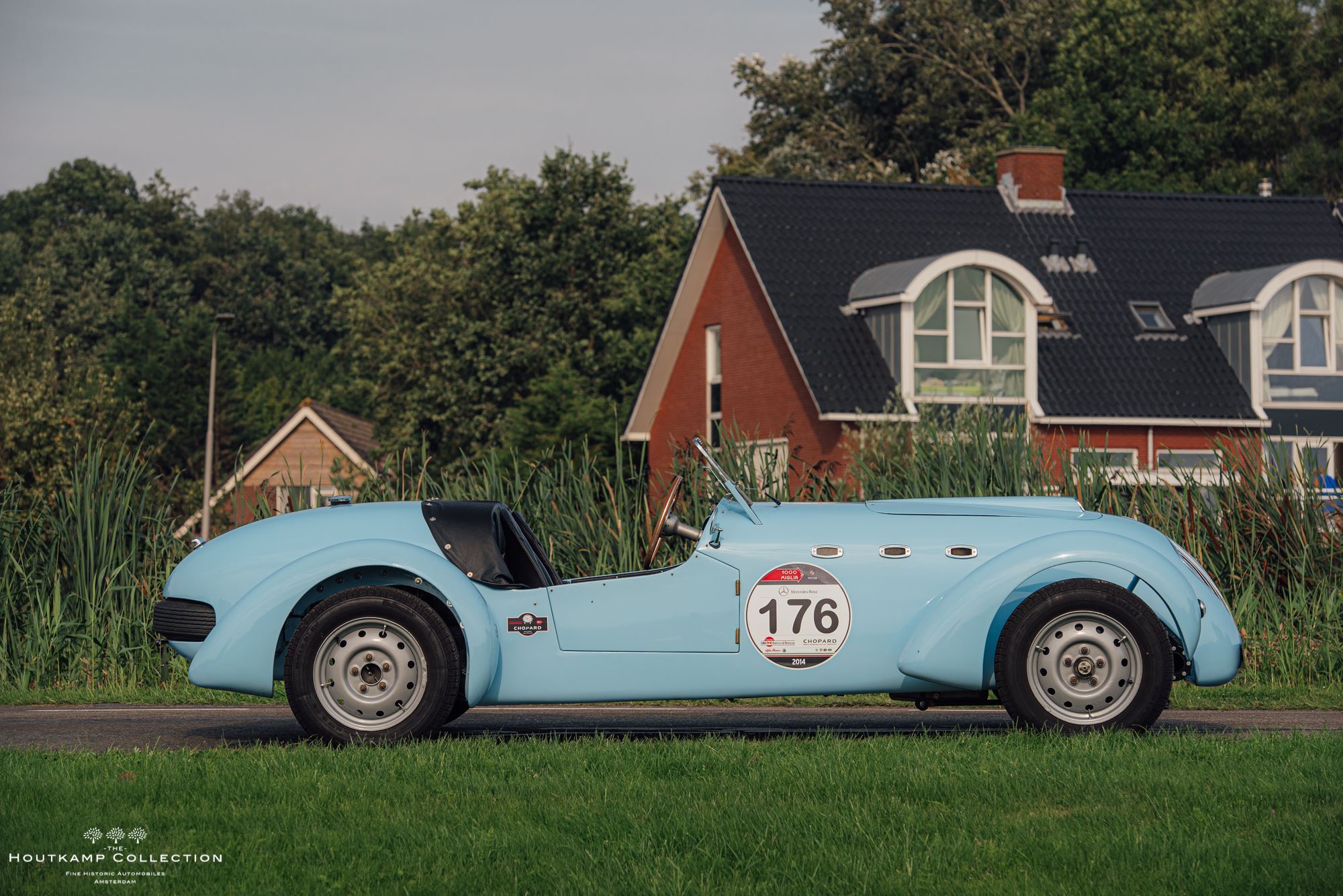 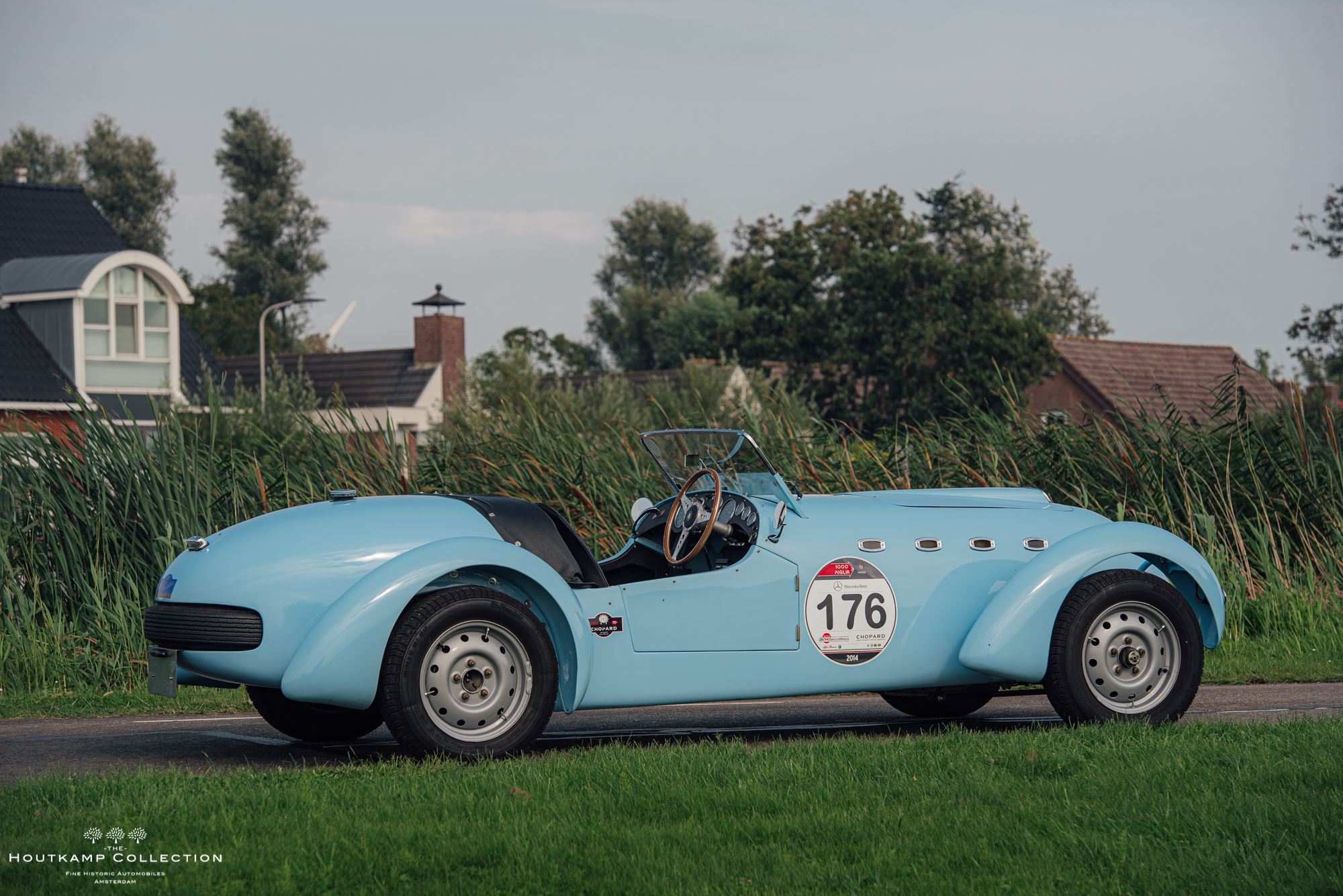 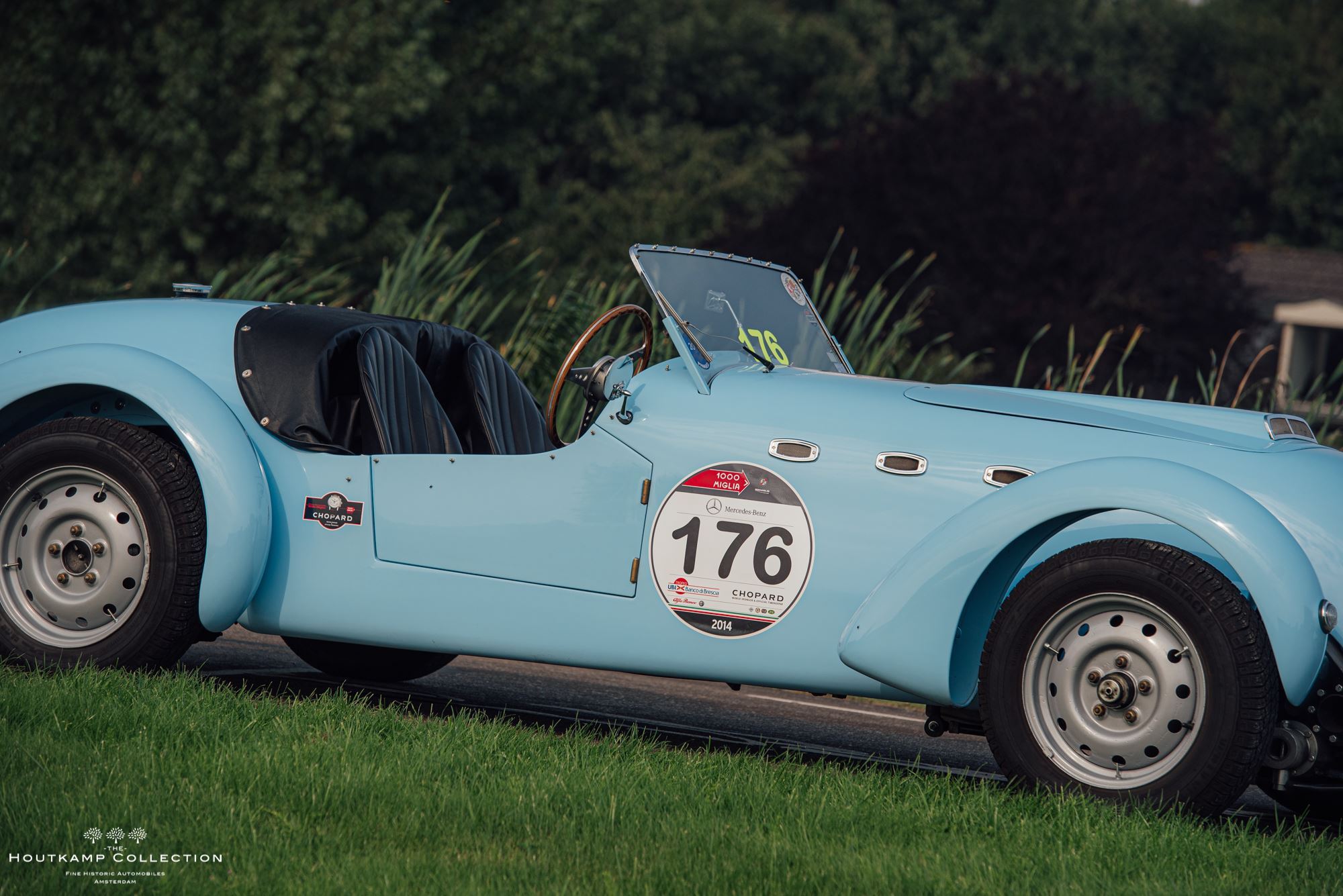 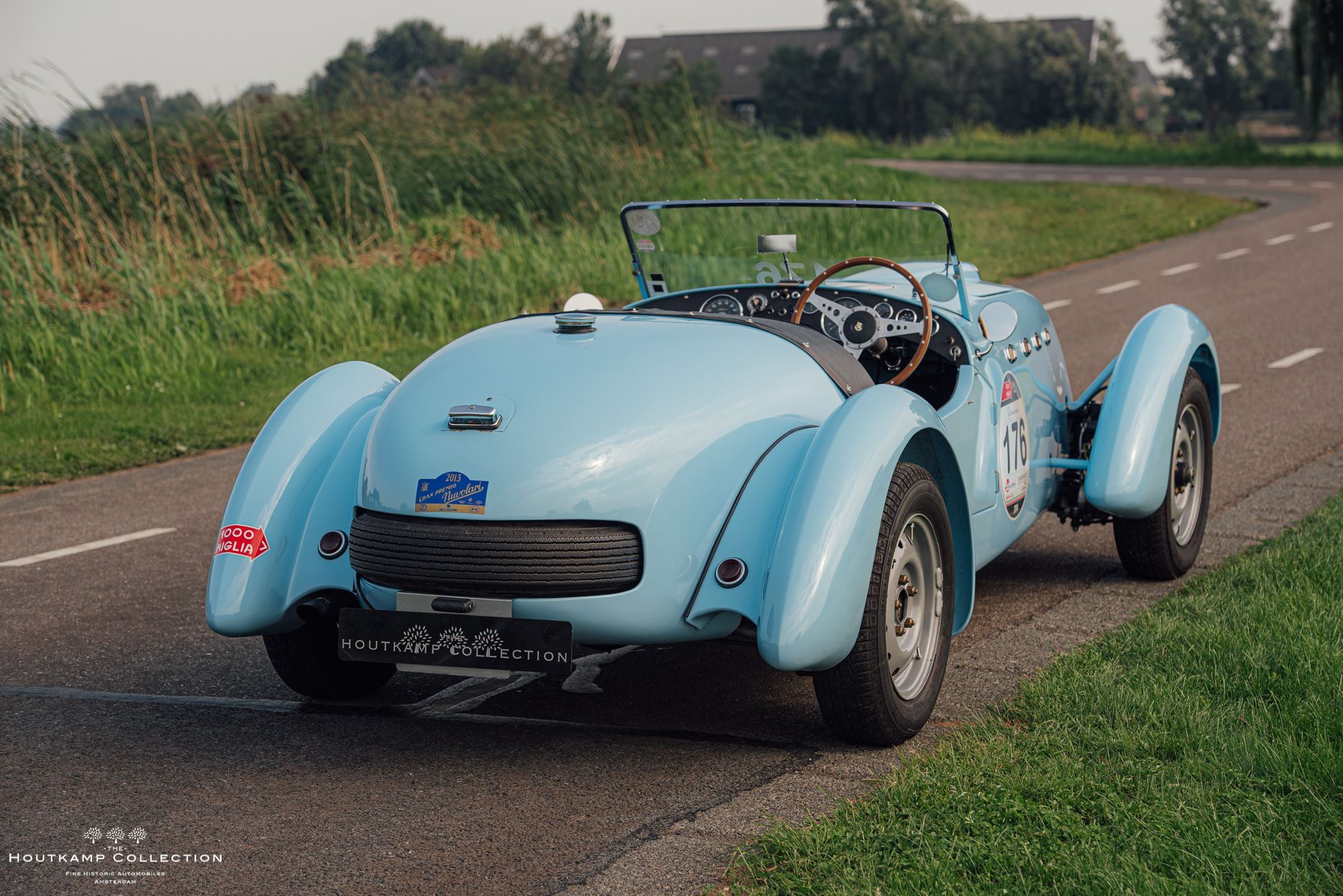 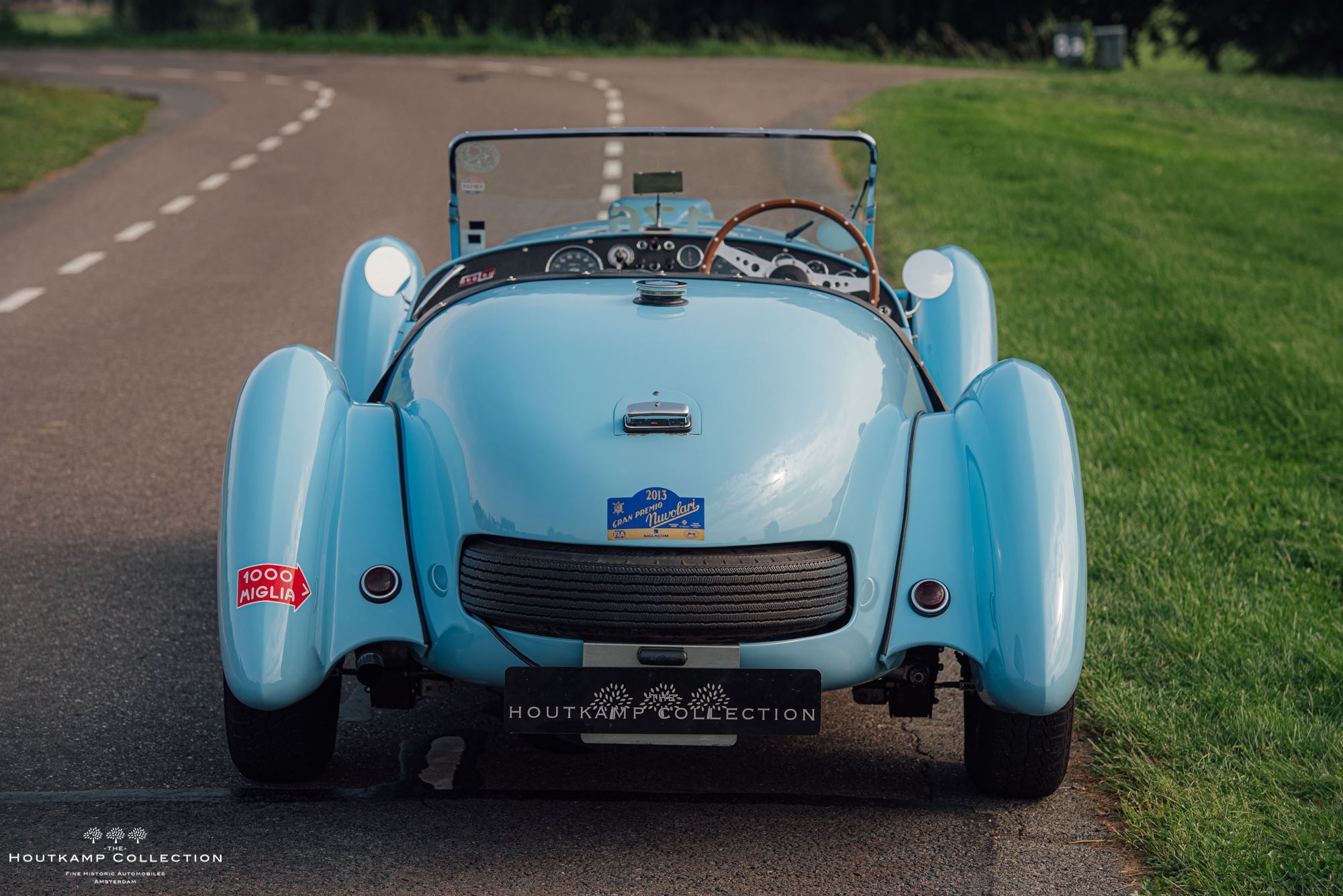 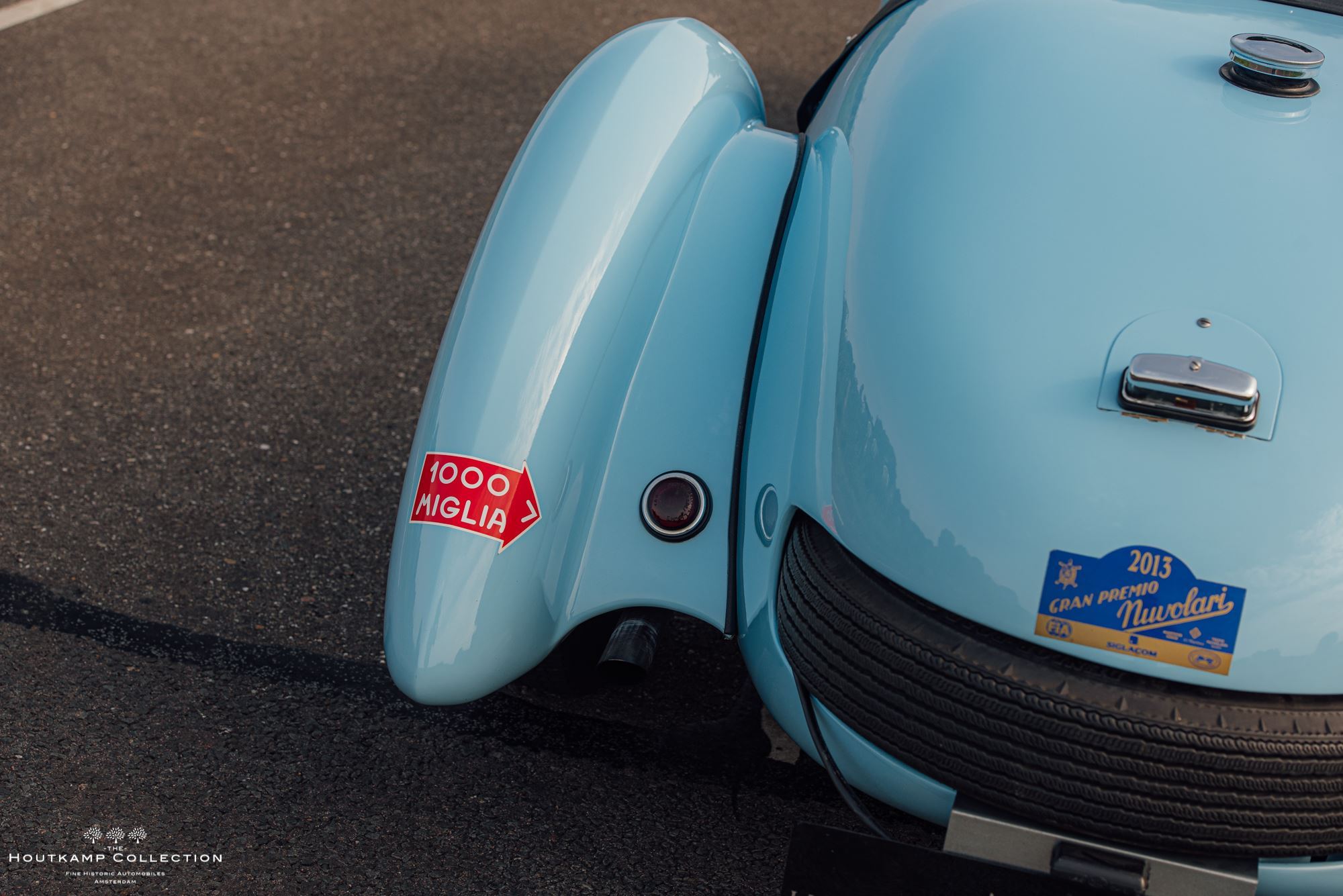 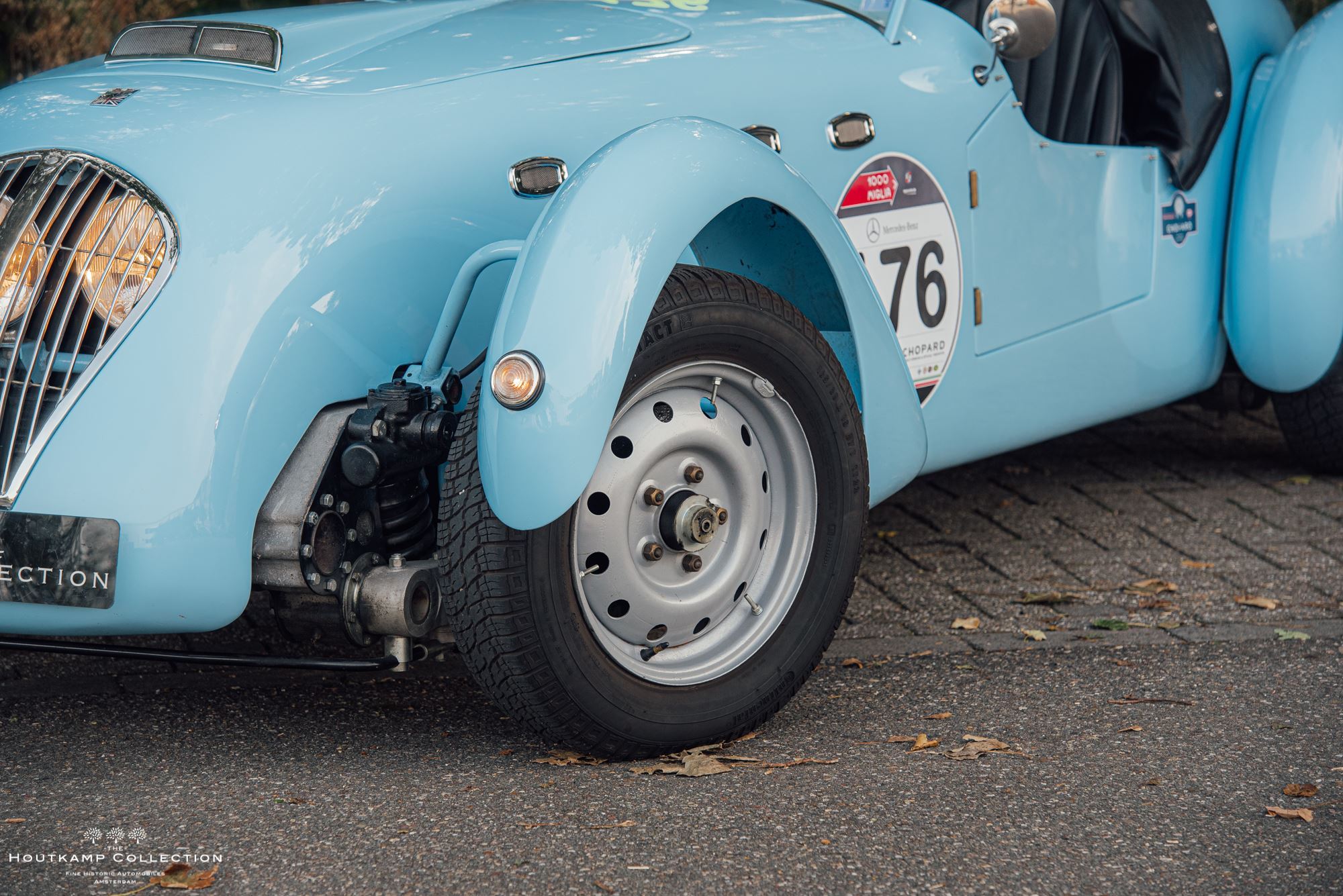 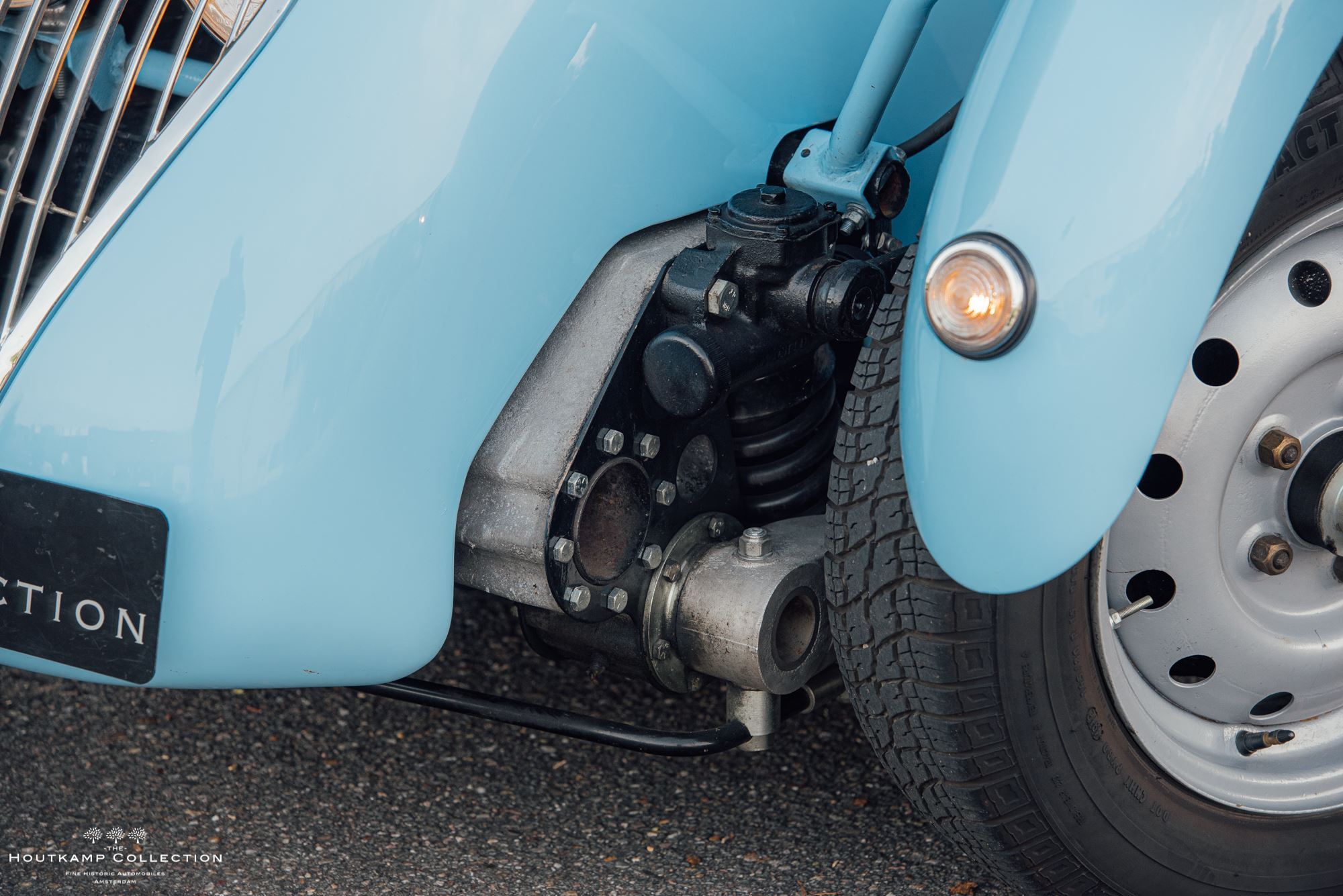 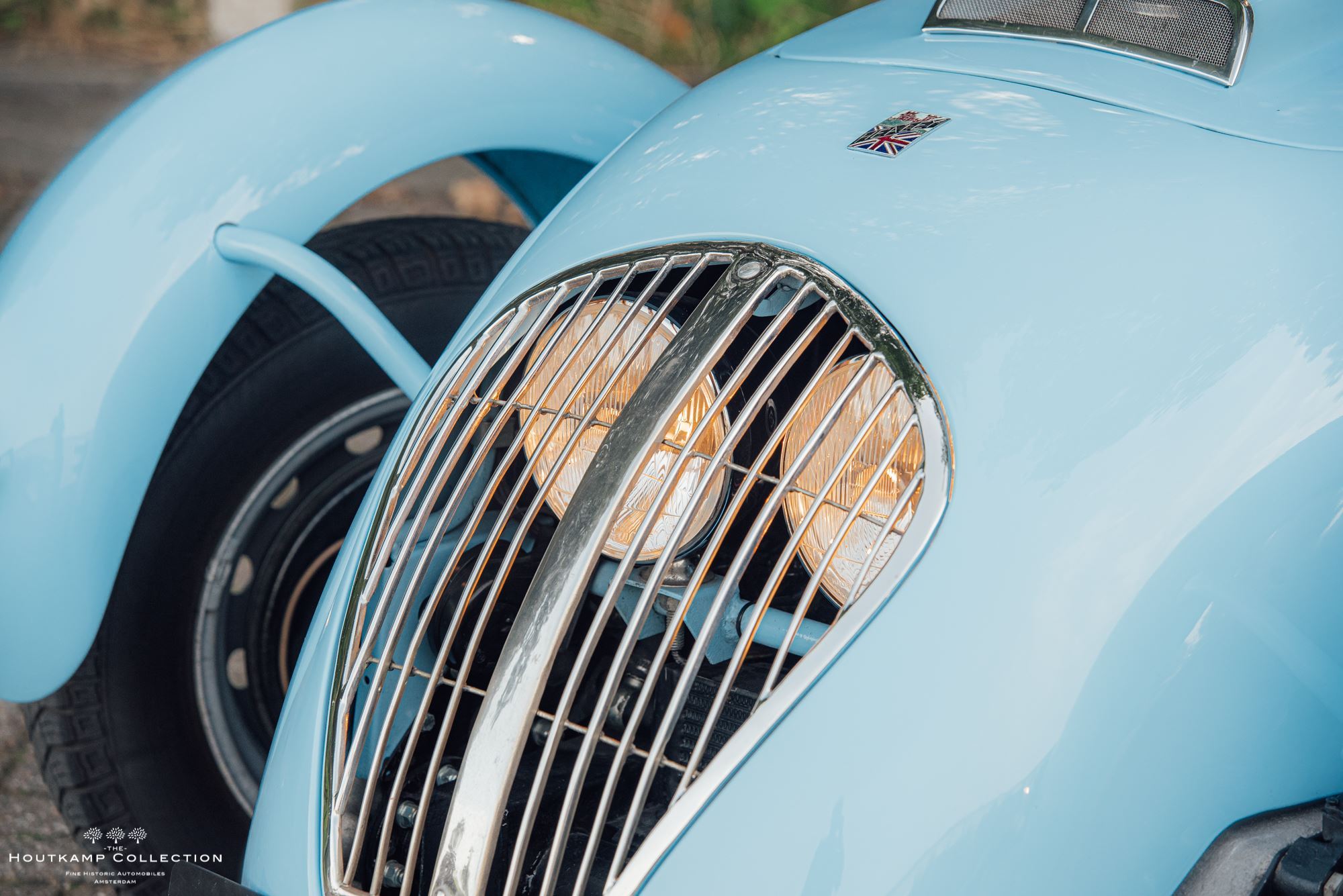 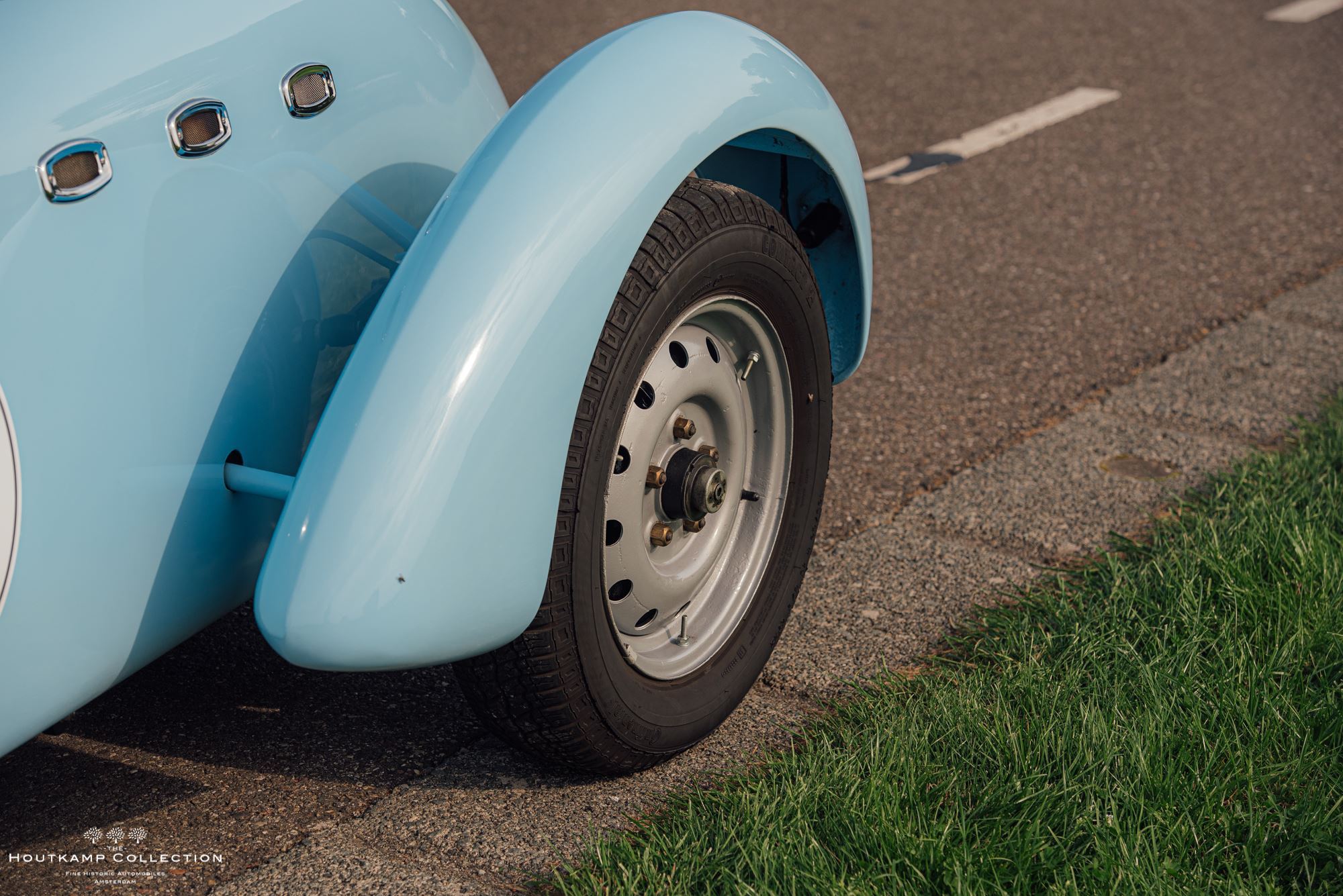 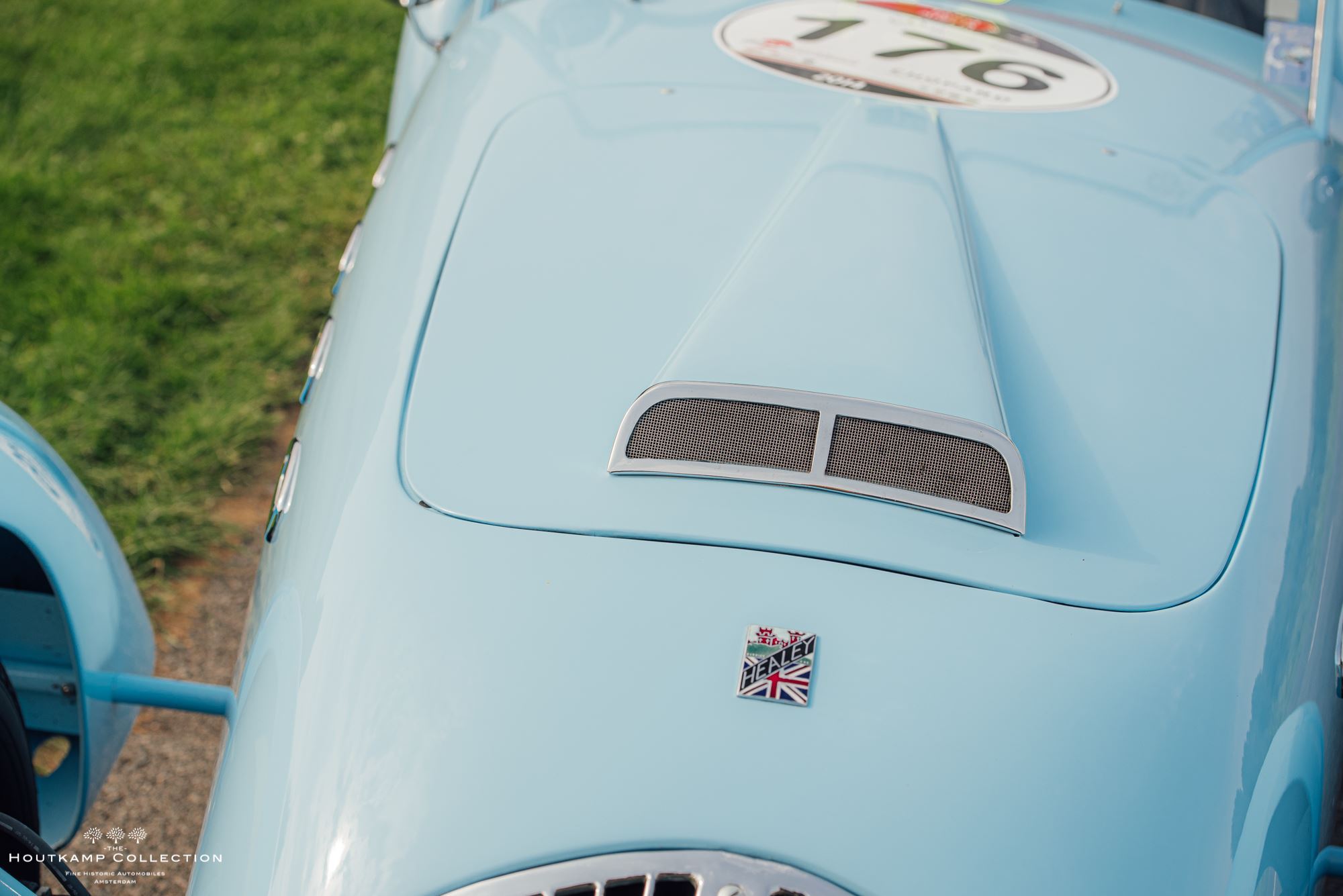 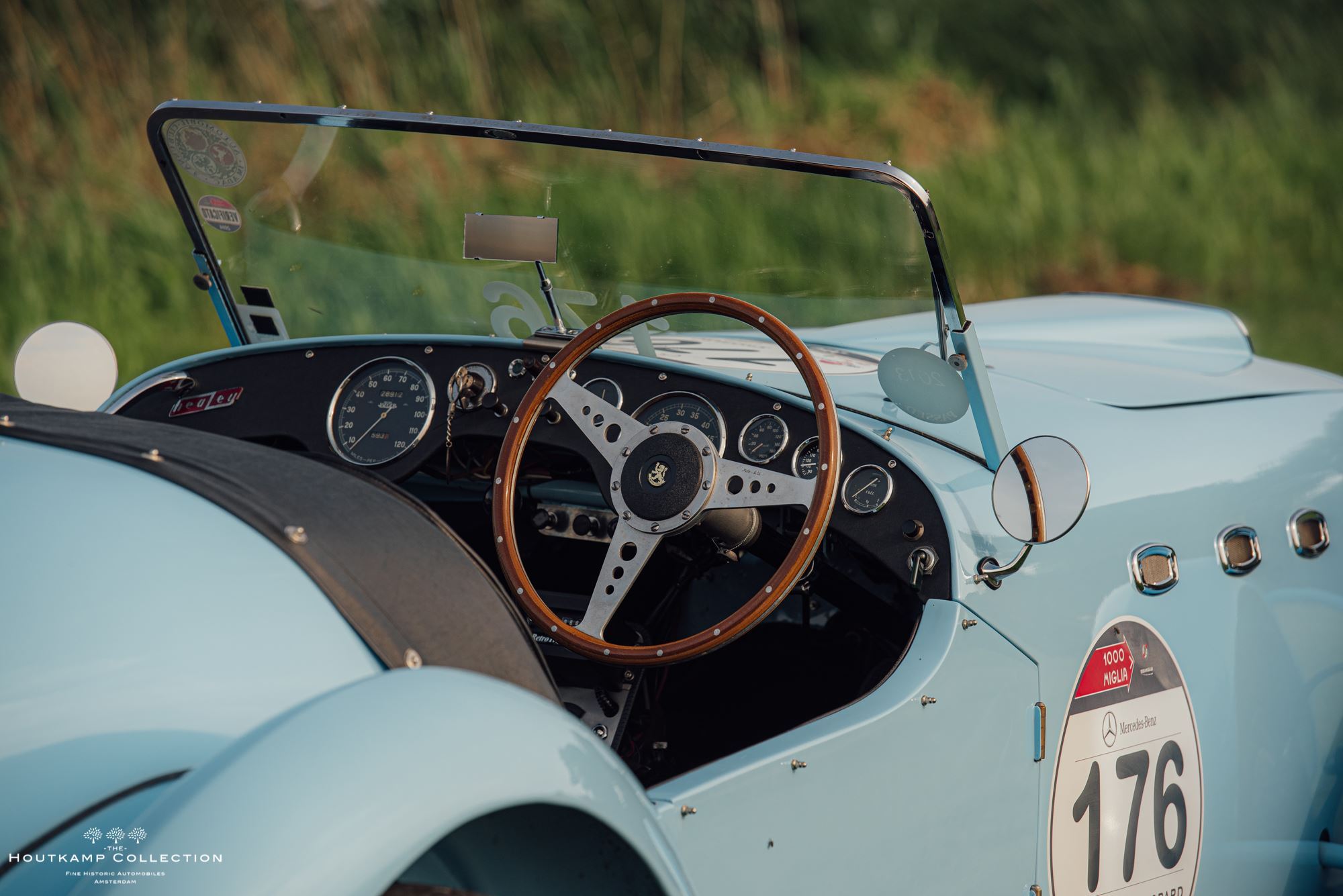 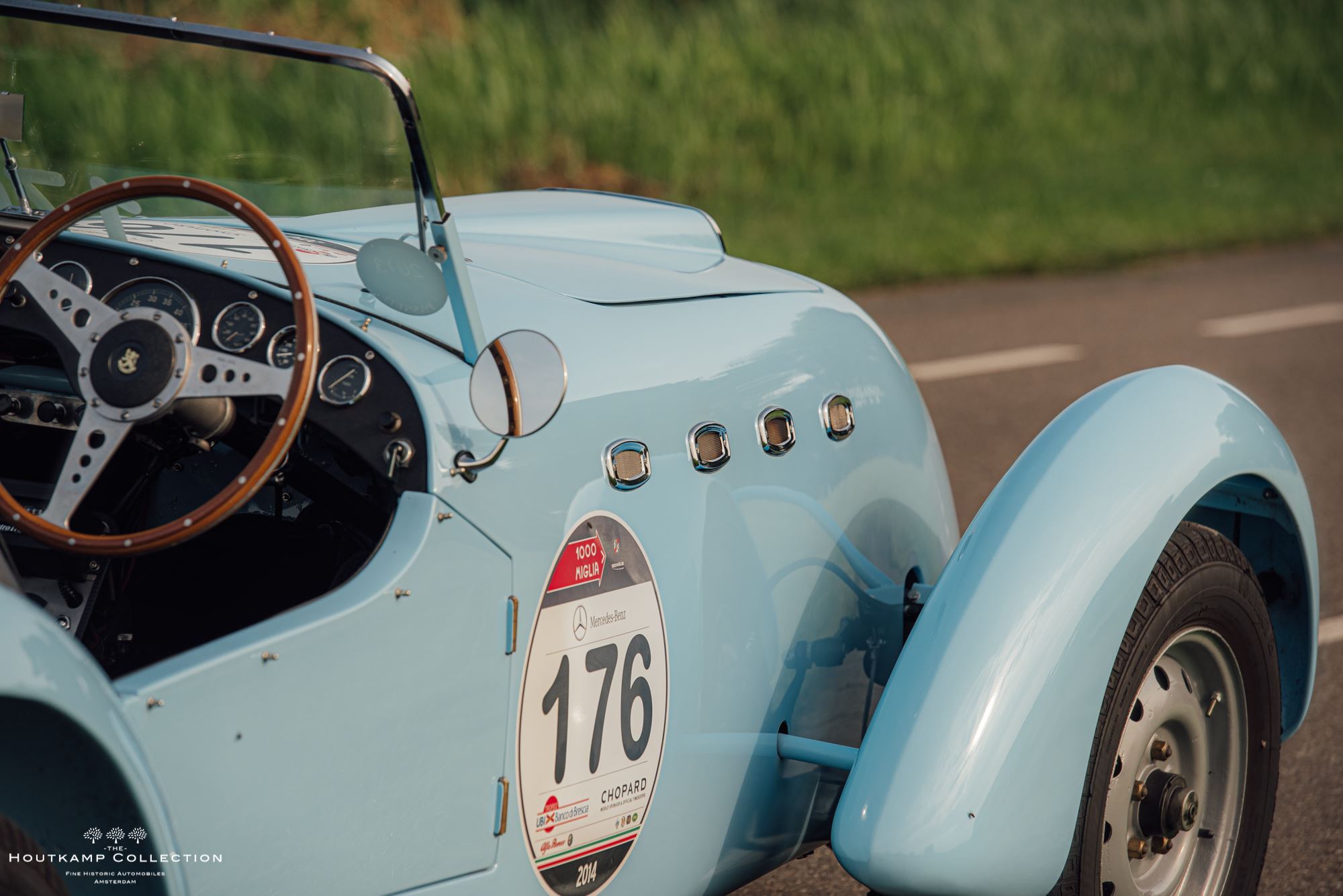 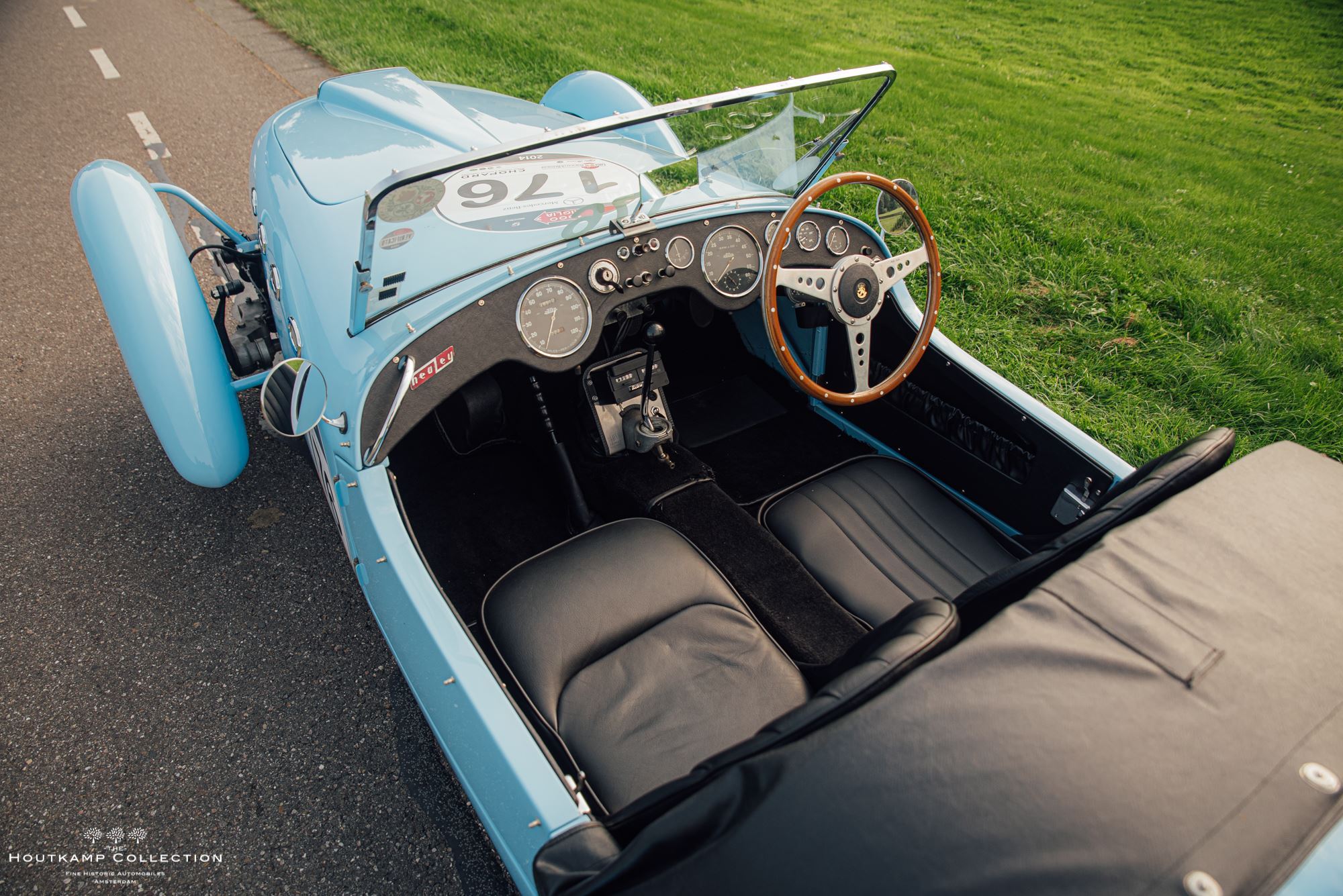 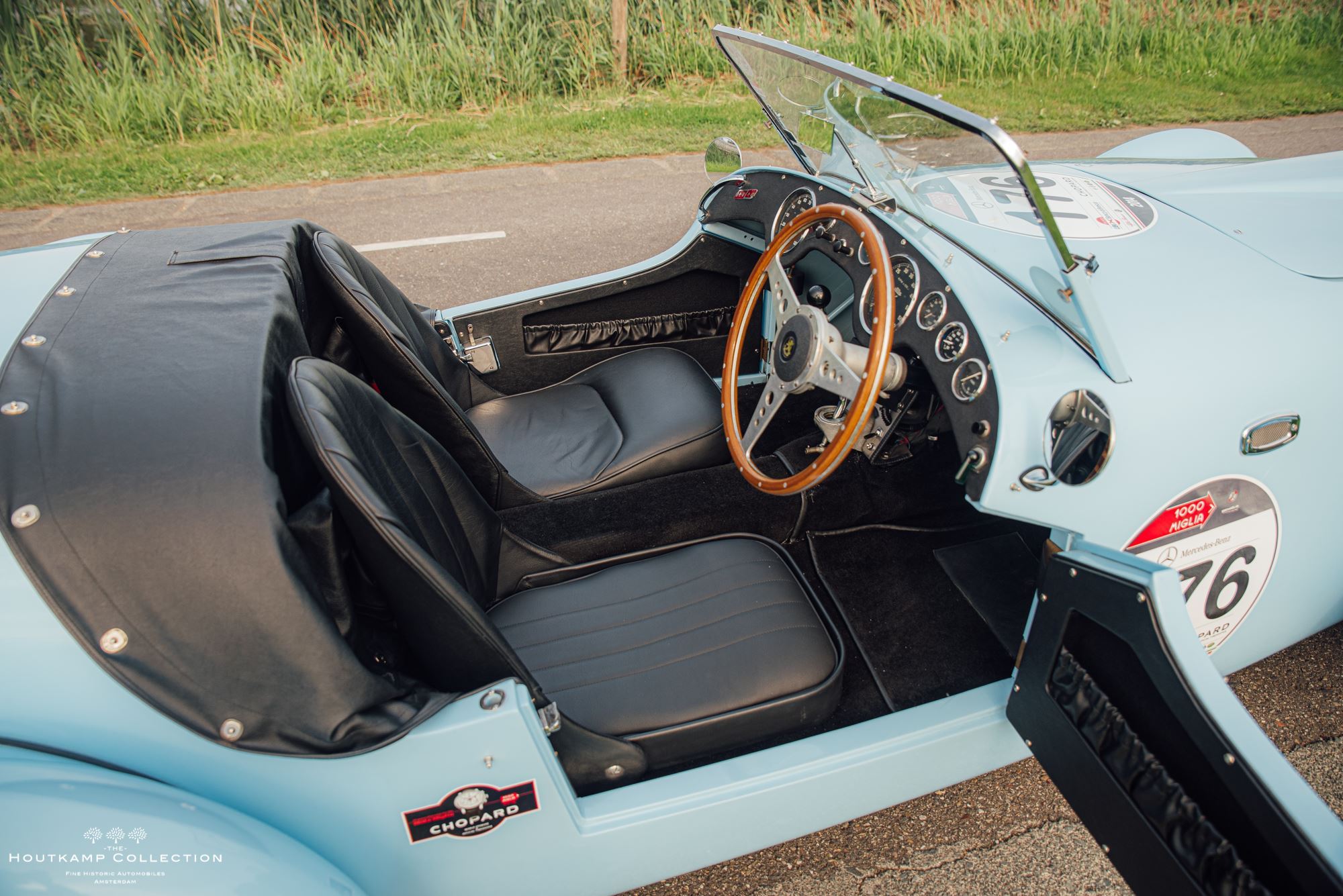 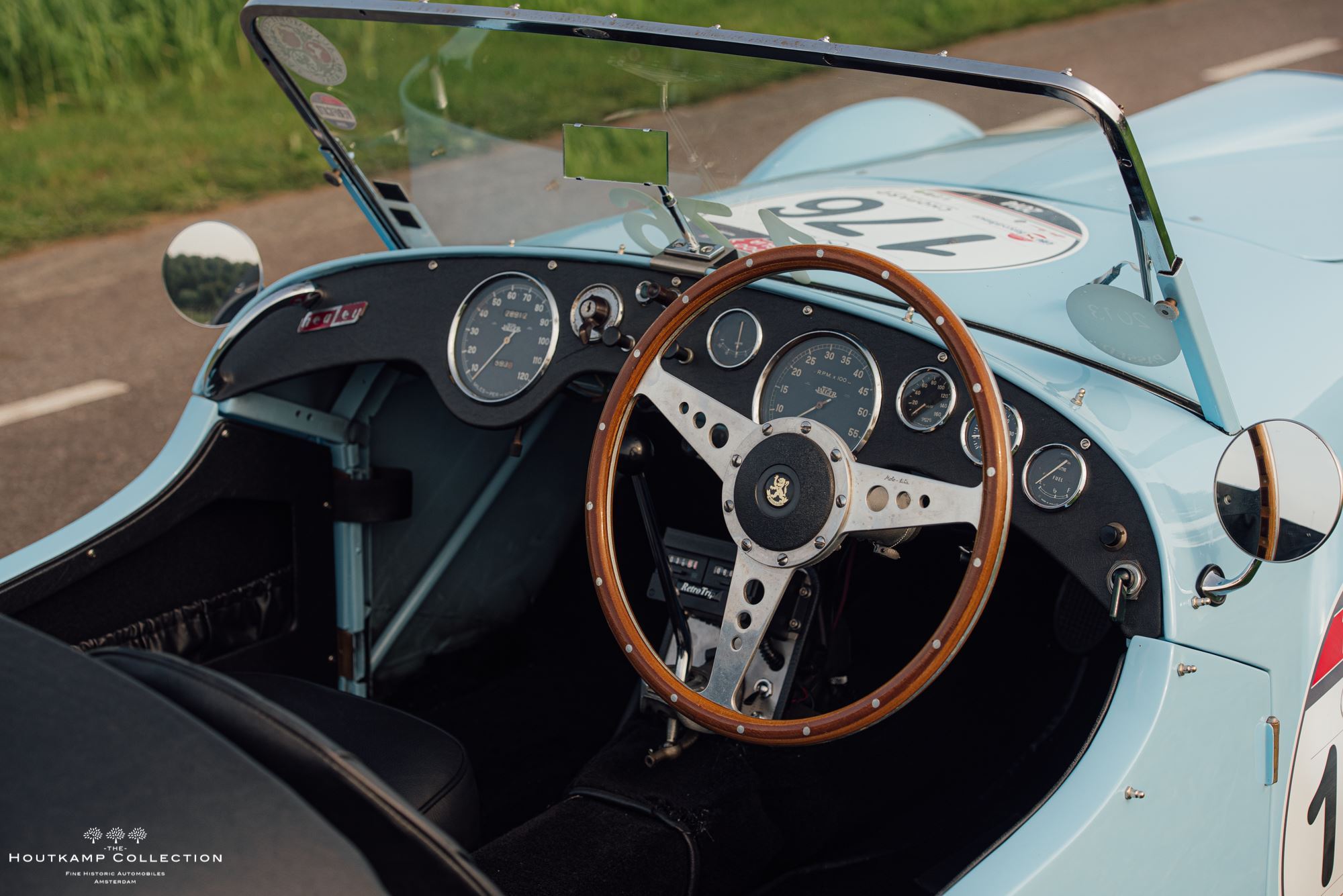 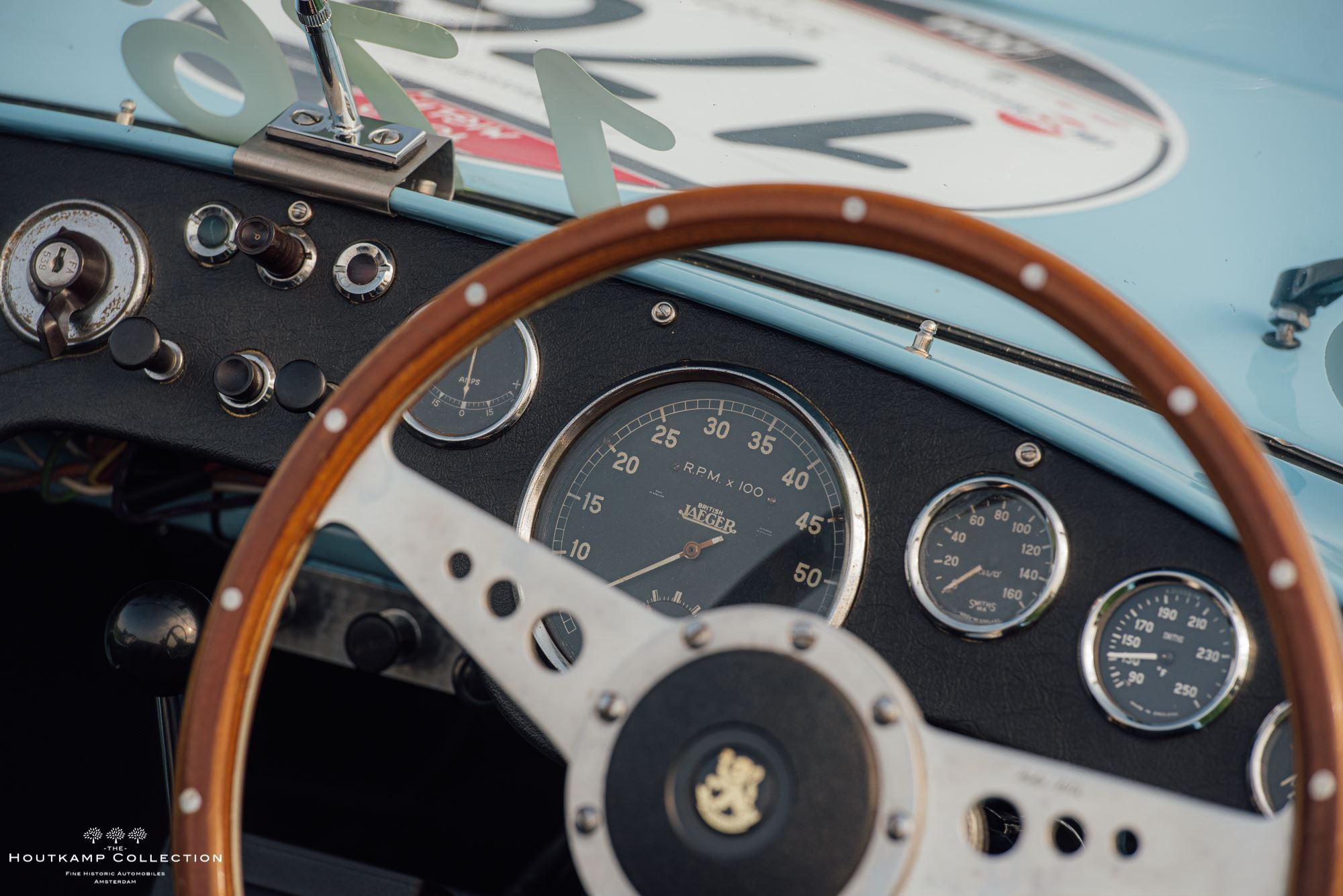 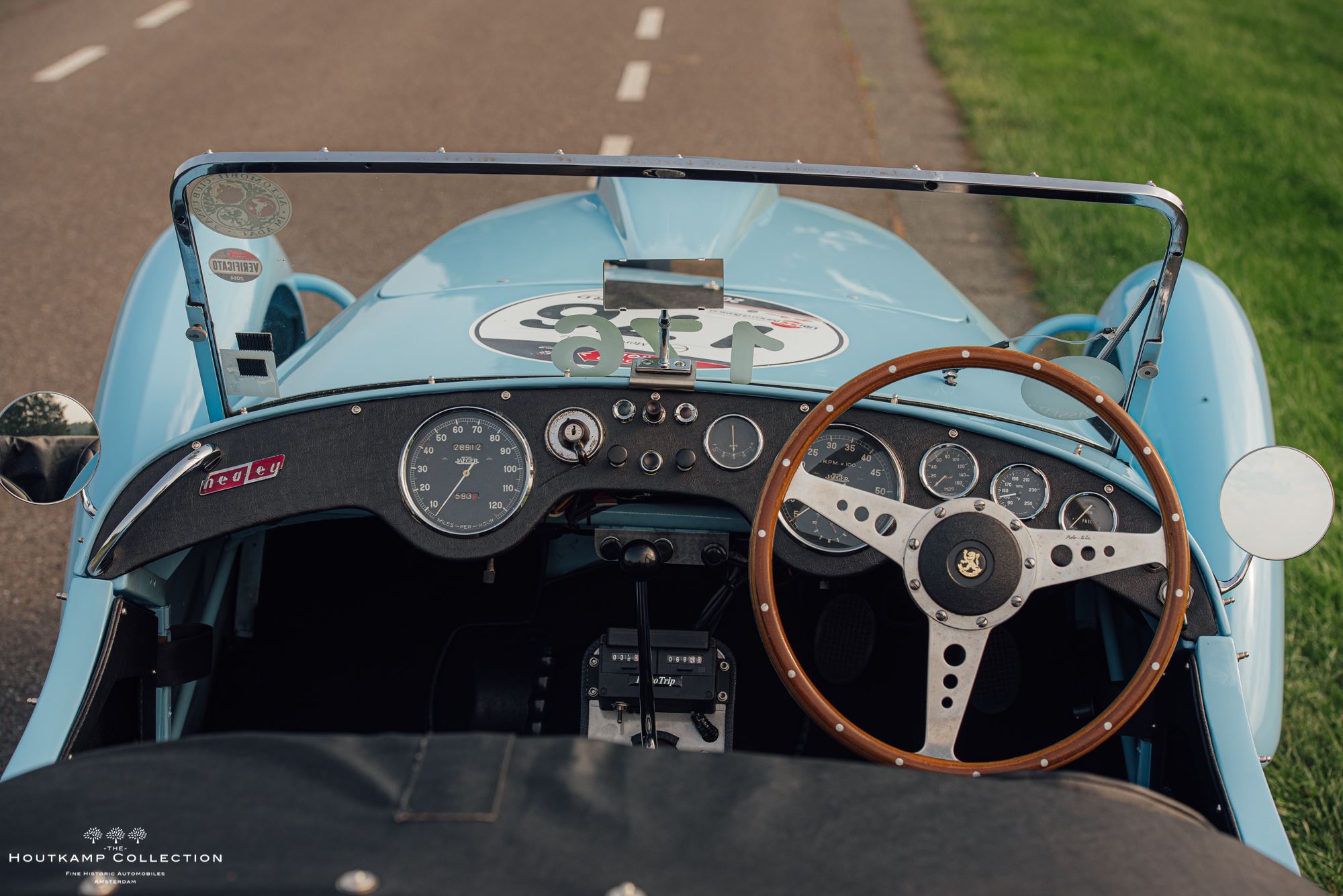 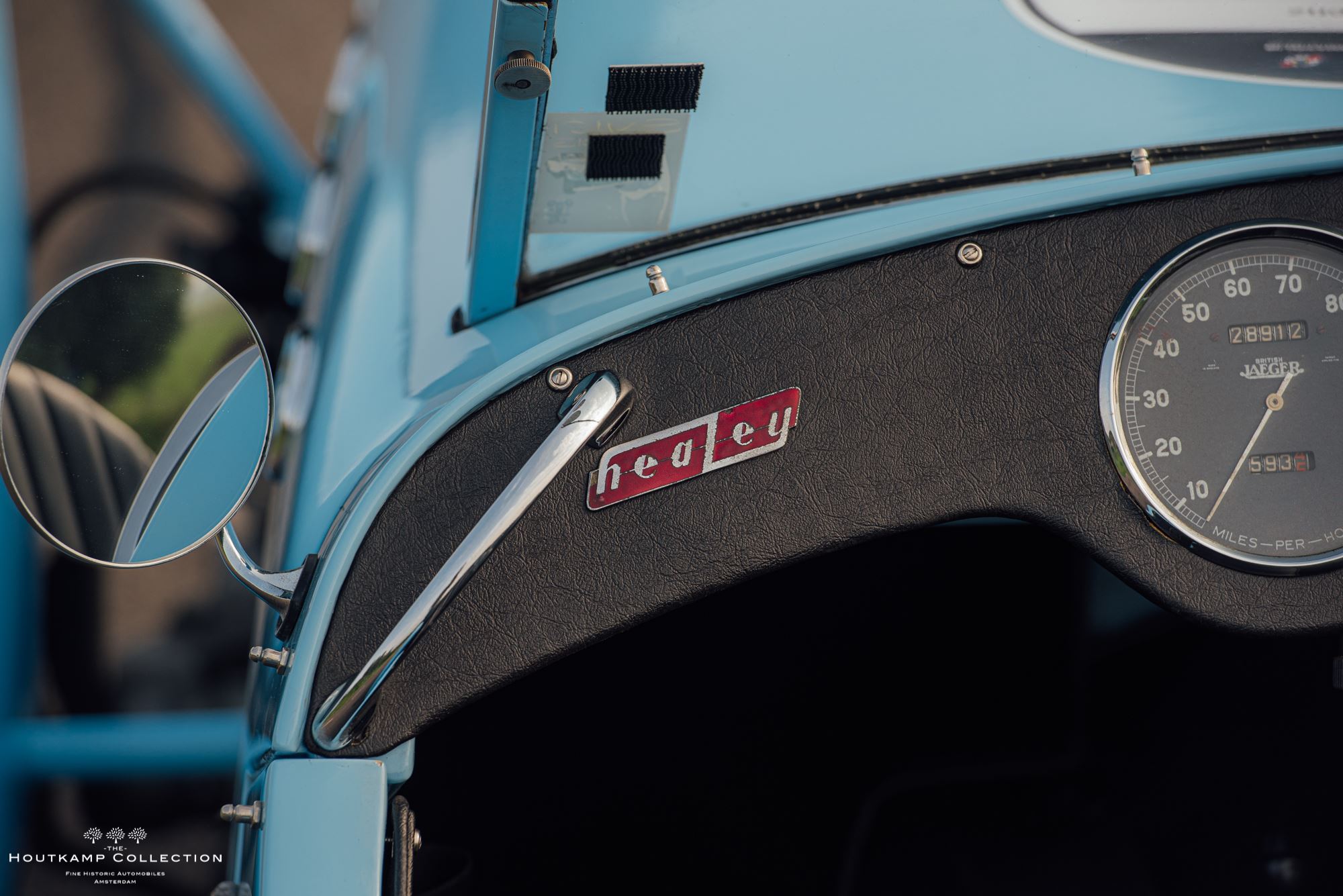 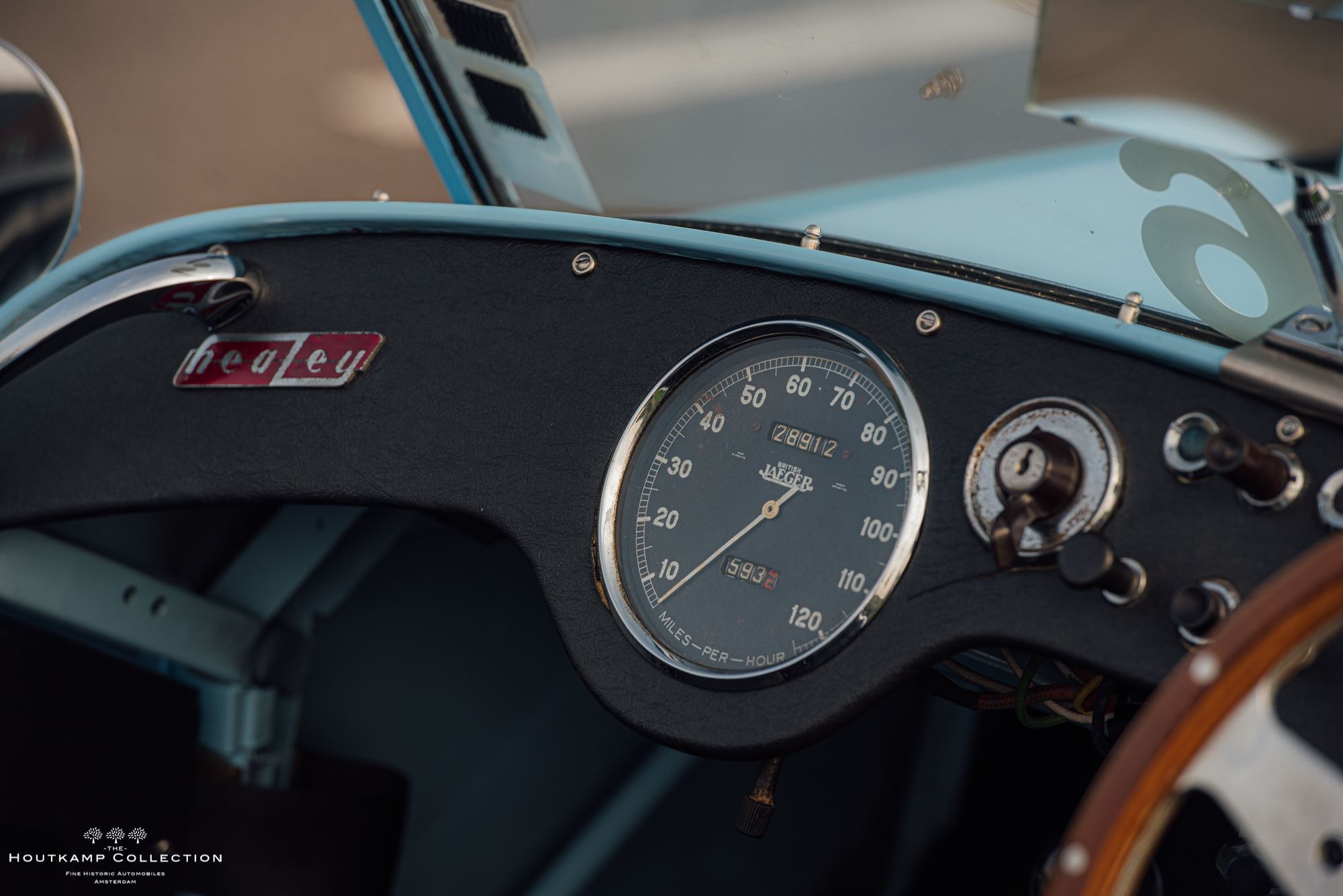 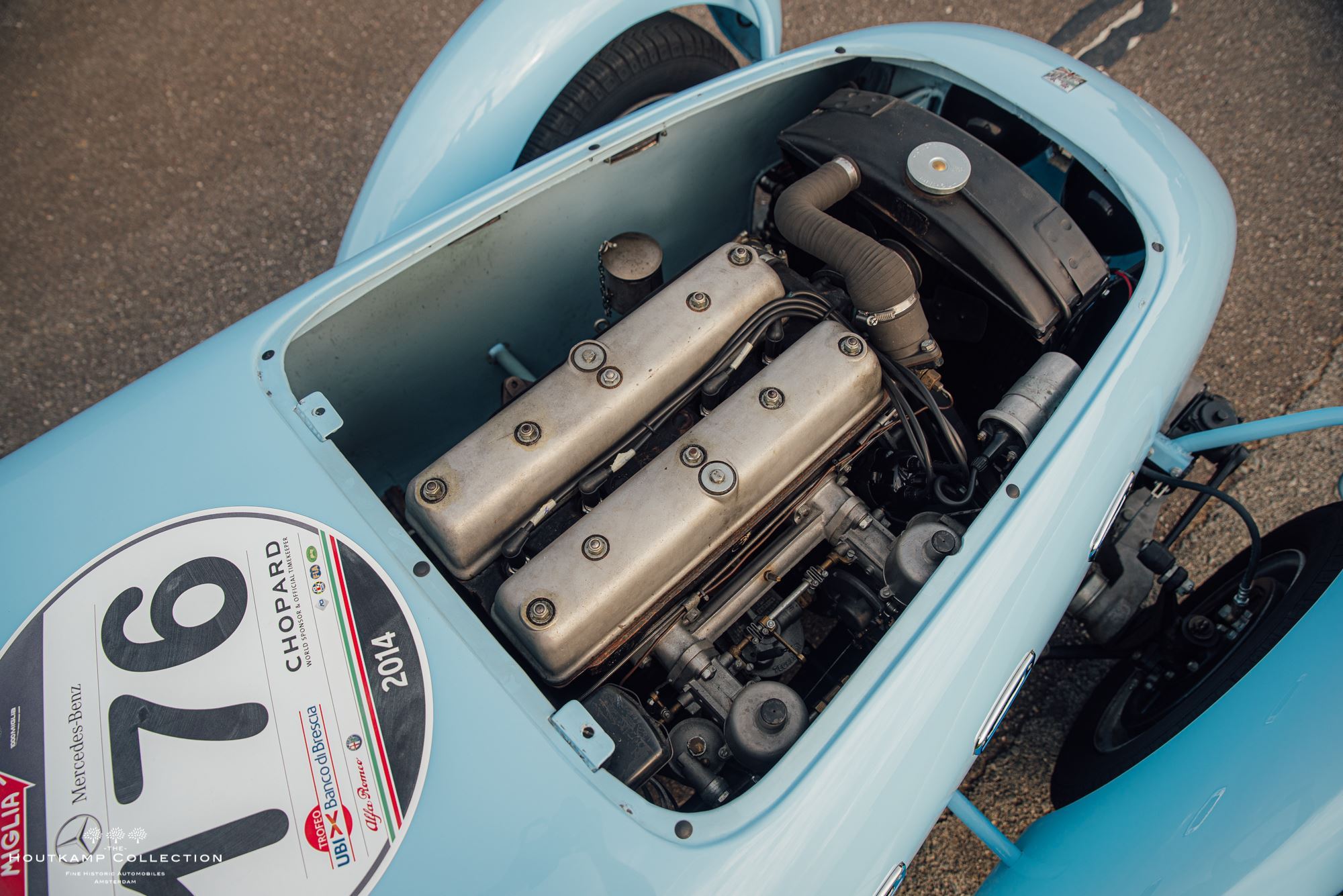 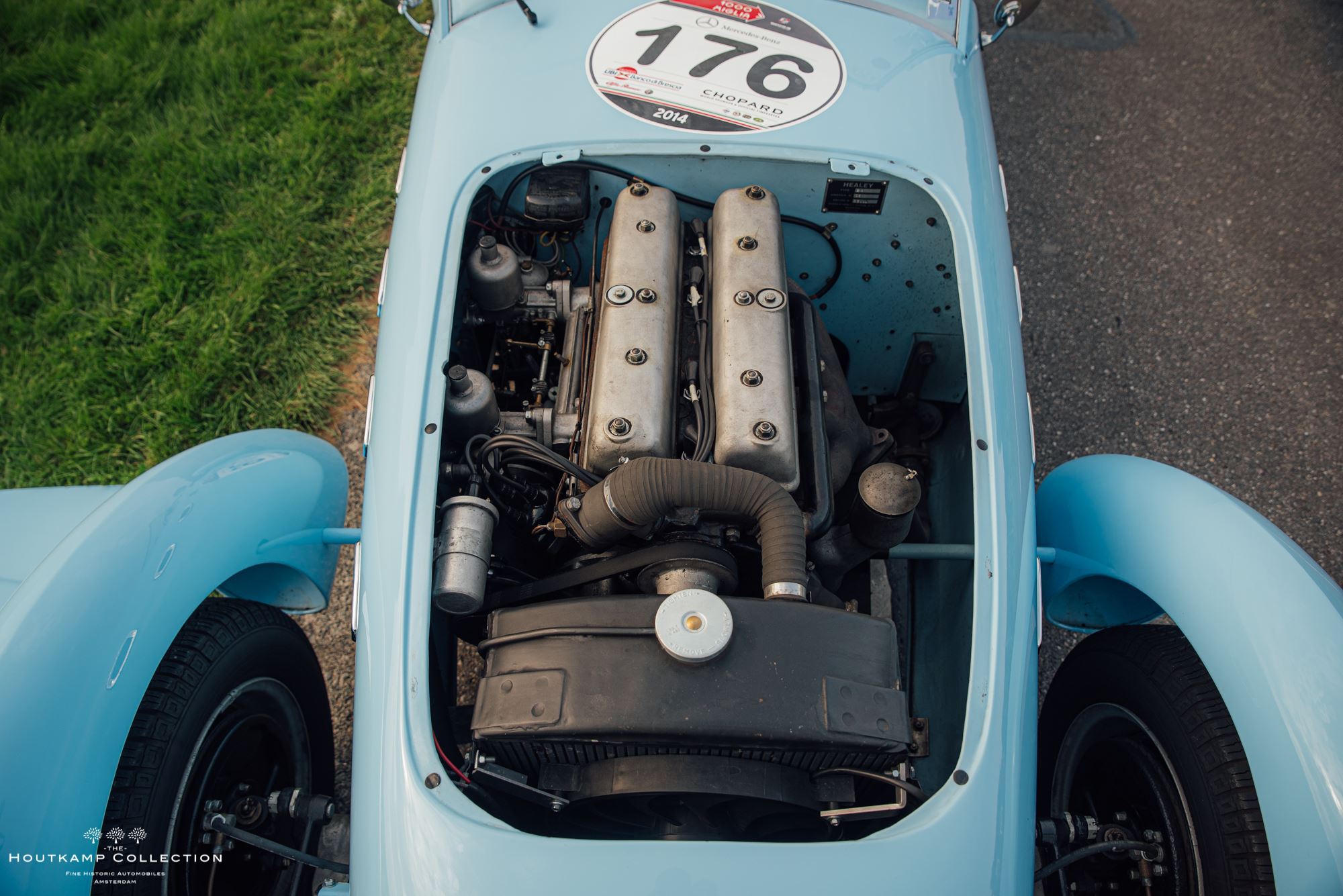 Donald Healey, a British rally racing driver and car manufacturer, founded the company bearing his name in 1945. Healey had started out racing, and then, turned to car manufacturing. He was a Technical Chief at Triumph, and also, had helped Riley build some of their proven race winning engines. At first, the Donald Healey Motor Company manufactured box-section chassis. Riley supplied the engines and the rear axles. The Riley engine Healey used was 2,443 cc. It had overhead valves actuated by twin, high-mounted camshafts and pushrods. Healey used his box-section chassis and independent coiled spring front suspension in conjunction with the Riley engine to create two chassis models. Healey created a roadster known as the Westland and a saloon called the Elliot. Both were unveiled in 1946.

Healey then decided to make a car truly made for sports car racing. In 1949, Healey introduced the Silverstone. Virtually a single-seat styled grand prix car with fenders, the chassis consisted of what was a heavily-rounded box chassis, made up of aluminum. The nose was rounded off and fell steeply at the very front. Interestingly, behind the vertical-bar grill set the car’s two headlights. The front suspension incorporated a trailing link design similar to the German cars of pre-war design. In addition, the tires were neatly covered by cycle fenders. One of the other interesting design aspects to the Silverstone was Healey’s placement of the spare tire. Healey dramatically rounded the rear end of the car and pulled it in slightly from the sides. A slot was cut out of this rear end. This slot was used to house the tire. The tire then doubled as a bumper.

Healey had created two generations of the Silverstones. The first example was known as the D-Type. The follow-up was the E-Type.

The magazine Motor, when it announced and featured the model in July 1949, described the Silverstone as a ‘light competition-type two-seater to sell at the basic price of £975’ while observing that ‘weighing only 18.5cwt, the new Healey offers improved performance for competition work, yet remains entirely suitable for normal road use.’

This car with chassis number, D5 is a beautiful specimen of the 1949’s Healey Silverstone and is one of the desirable 51 cars of the “D” series.

The Healey is in a beautiful / top restored condition as it was completely restored with meticulous attention to details by a main Healey Silverstone specialist in the UK.
This company is only specialized in the restoration of rare/unique Healeys and are extremely knowledgeable about specific details on these cars.

Thanks to its qualities, the Healey Silverstone is a constant presence at the Mille Miglia re-enactments and the car is therefore a highly sought after car.

Since the restoration D5 has been used for some rallies including the Mille Miglia and the Gran Premio Nuvolari but one cannot see that the car has driven a serious amount of kilometers since the restoration due to the fact that the former owner is a very precise person and has all of his cars in his collection in a pristine condition.

His own mechanic is keeping his cars up to date both optically as technically.

We can be rather short in the description of both the interior and the exterior.

The entire car is in a condition as it was when it was just finished from restoration.

One can find probably very small signs of use but these are hard to find.

The paint on the Healey is very beautiful and has a nice deep shine. A nice detail to know is that the Healey Silverstone was available in only 4 colors being Green, White, Red and the color of this example, light blue.

The interior of the Healey is very nice. The entire interior has been wonderful restored with period correct materials.

The dashboard and instruments are clear and fresh and all in working condition.
Amongst the original instruments, the car is fitted with instruments for participation in regularity rallies, (Retro Trip odometer).

The chrome surroundings of the meters are all in a very nice order.

In their 1950s heyday, the Healey Silverstones were track rivals of the XK Jaguars; by combining the outstanding merits of the two marques – Jaguar power and Healey roadholding – this well-sorted historic racer affords the prospect of exciting competition for the fortunate new owner.

The handling of a Silverstone is outstanding. A real race car which can also be used on the normal road.

The car is very powerful and has an enormous torque. This makes the car great to accelerate on a circuit or in mountain areas.

The brakes are very direct so the car gives a safe feeling when it’s seriously raced.

This is a wonderful sporting Healey with great character and freshly restored charm. The car is ready to be subscribed in the world’s nicest classic car events such as The Zoute Grand Prix, The Gran Premio Nuvolari, The Mille Miglia and many many other nice classic car events.
Due to the low production number this will always be a unique car to see in any of the events.