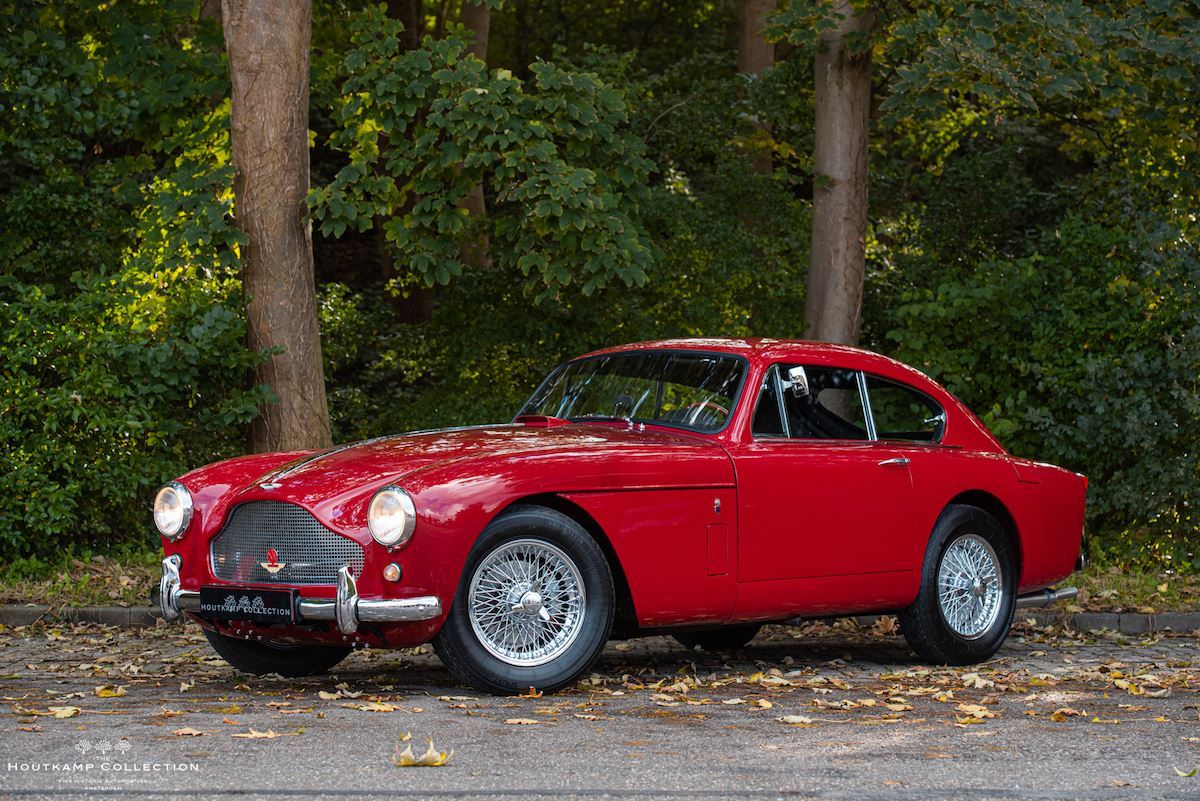 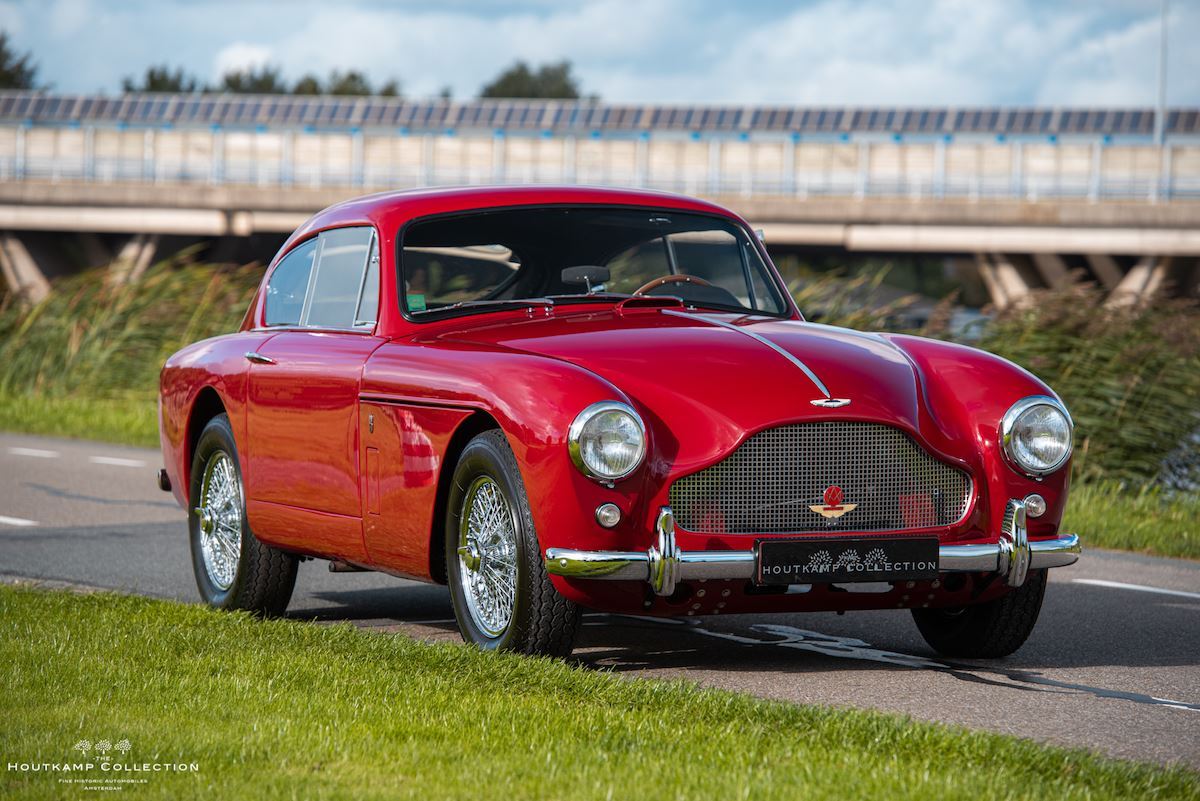 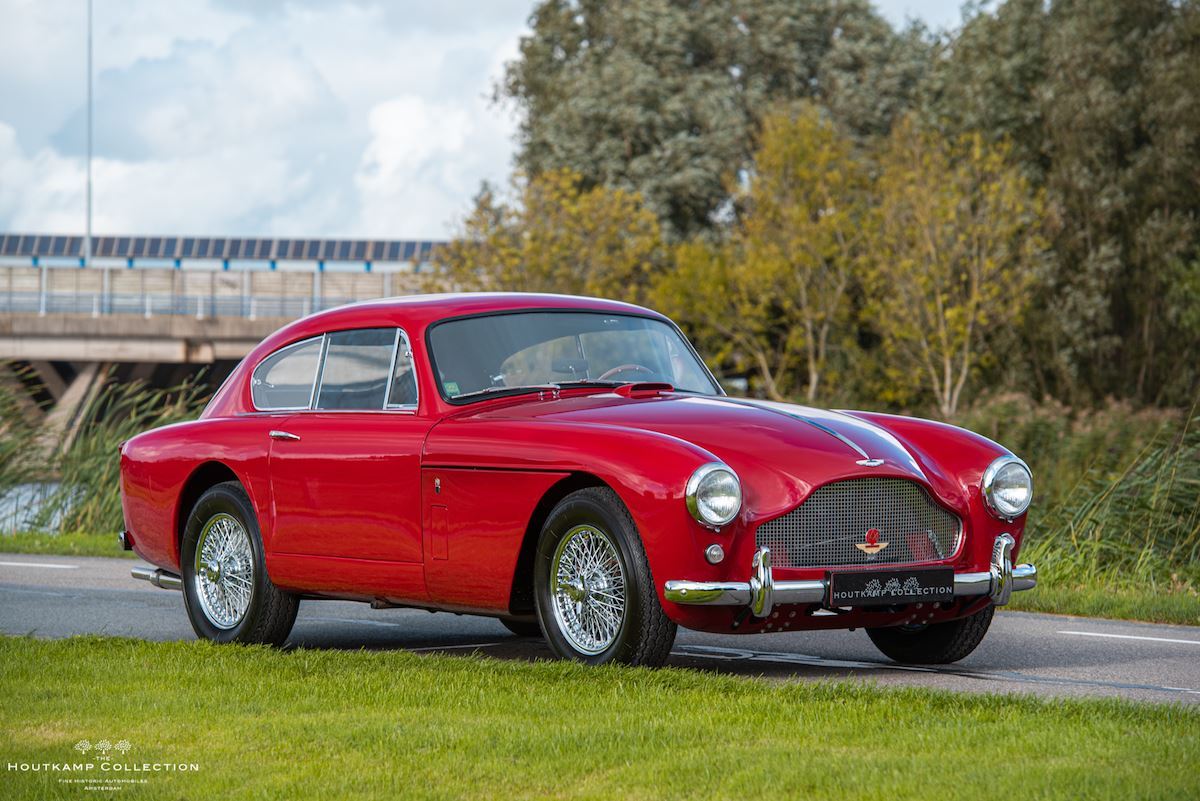 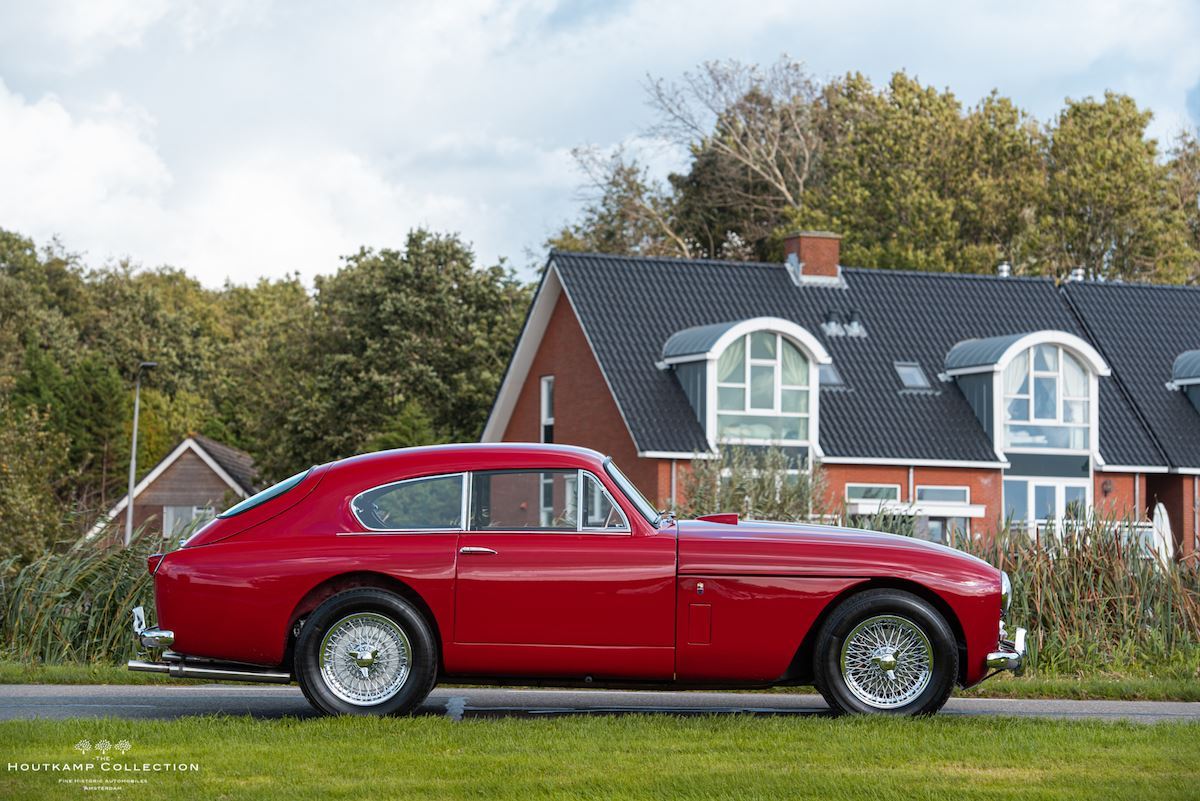 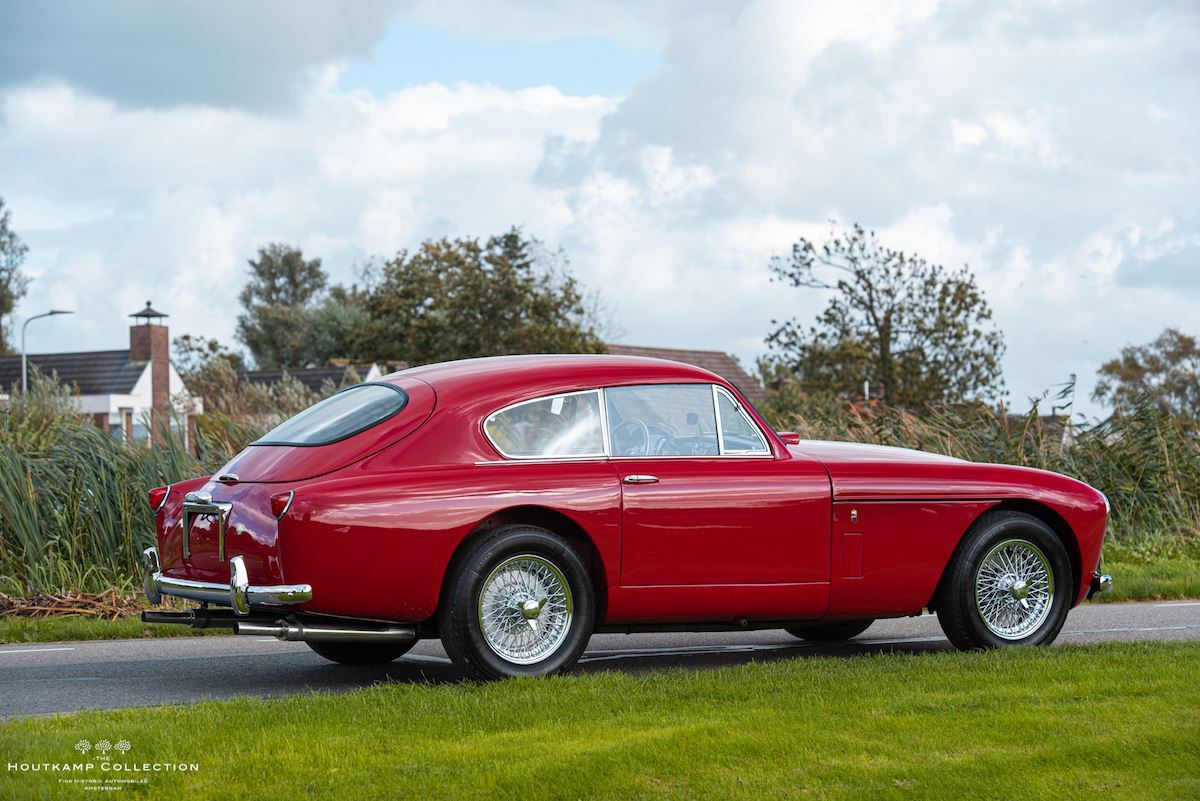 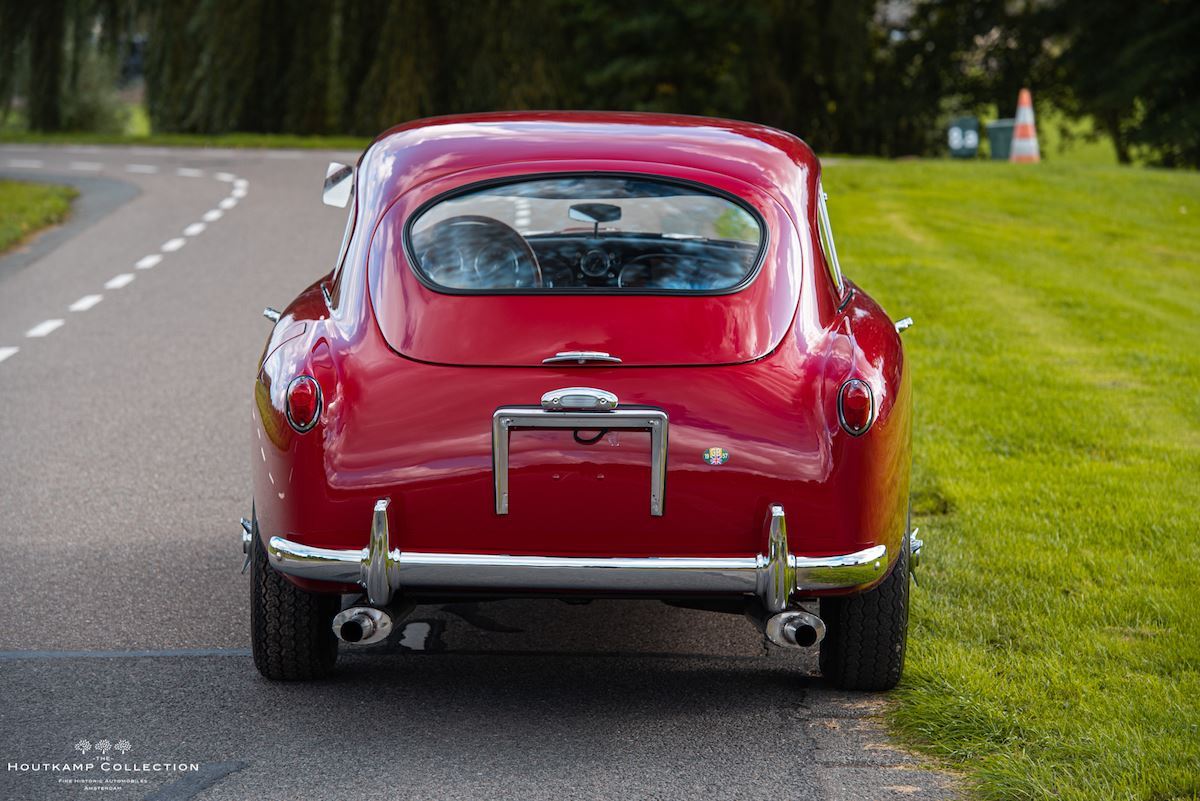 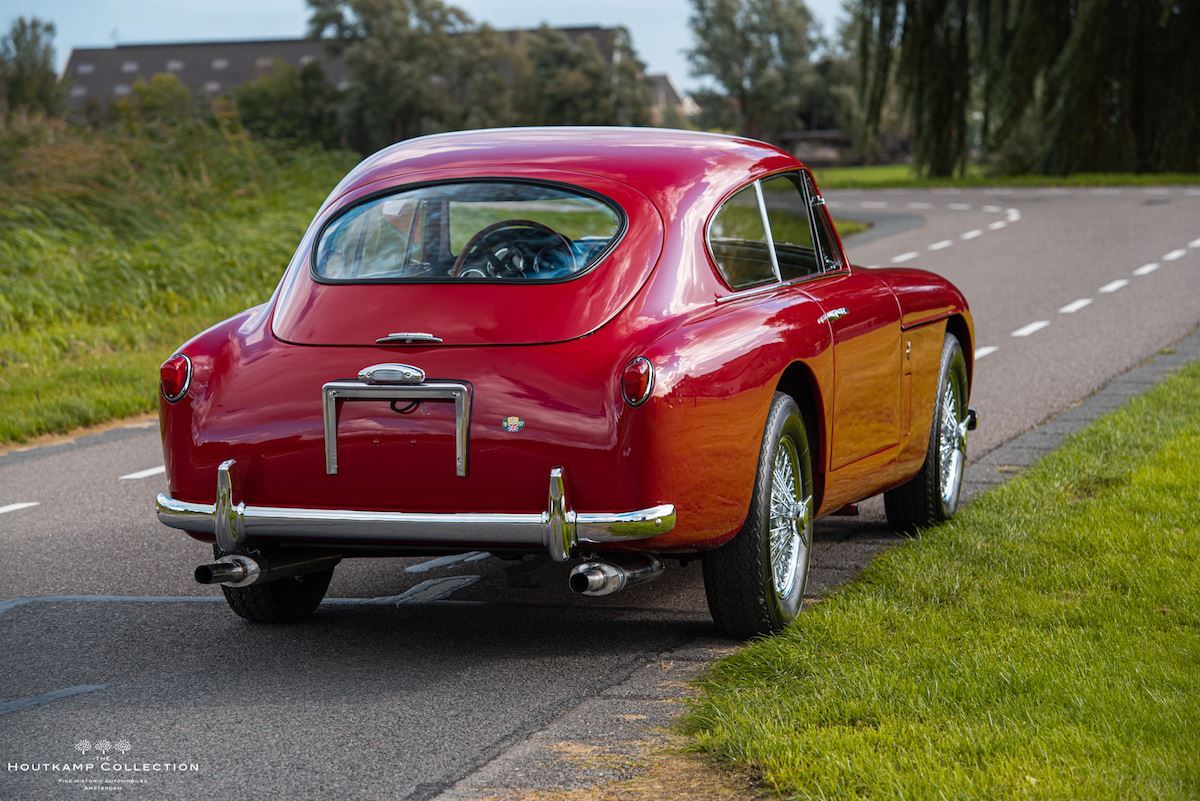 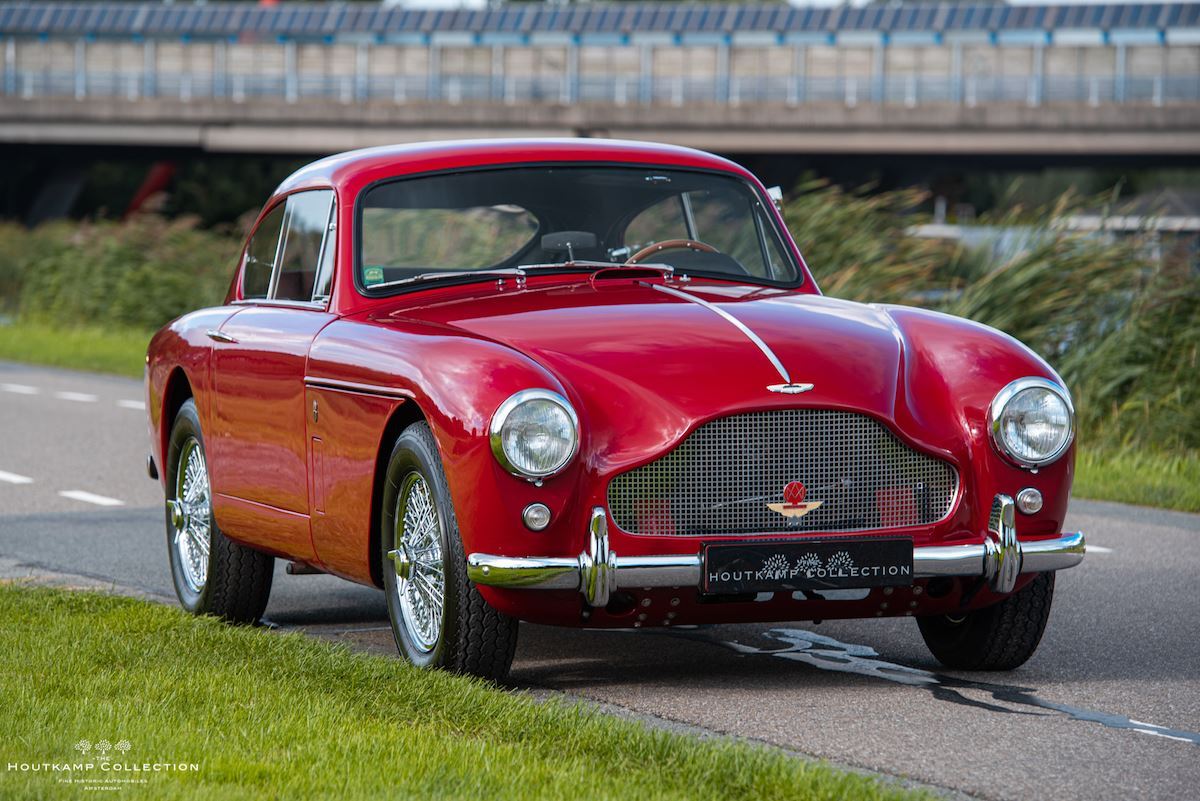 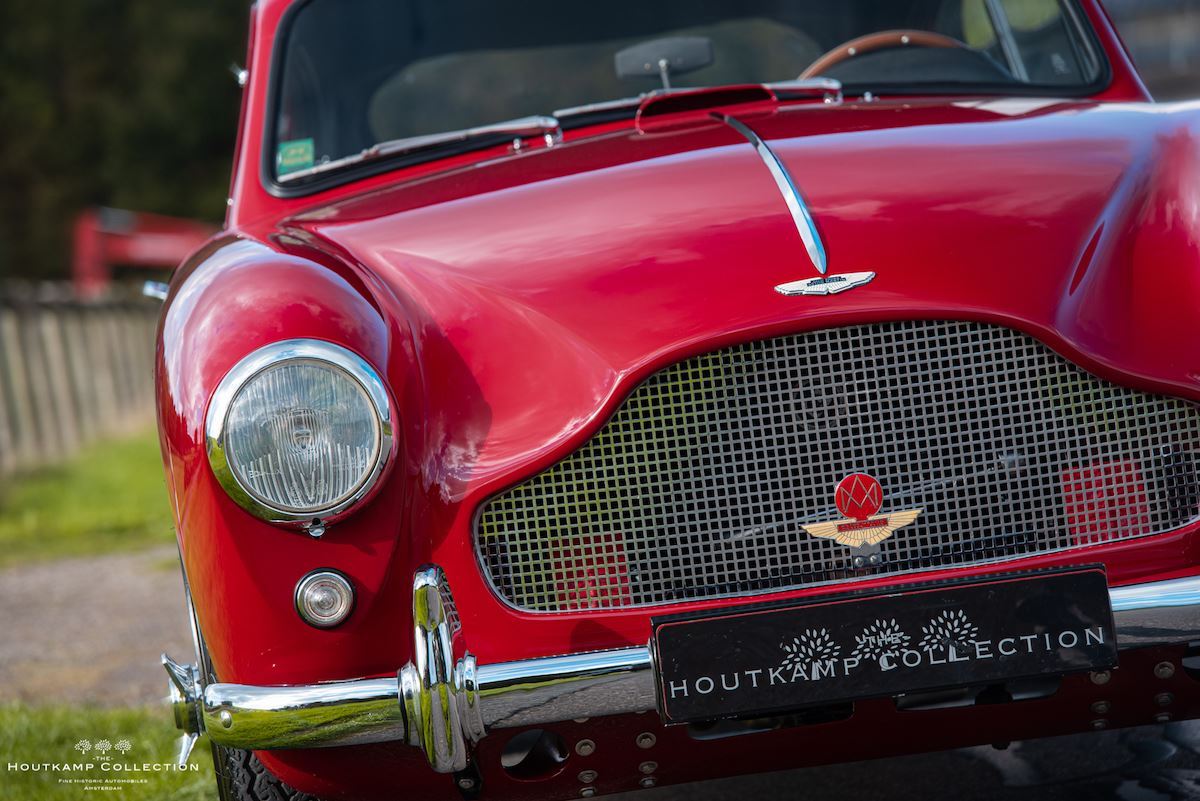 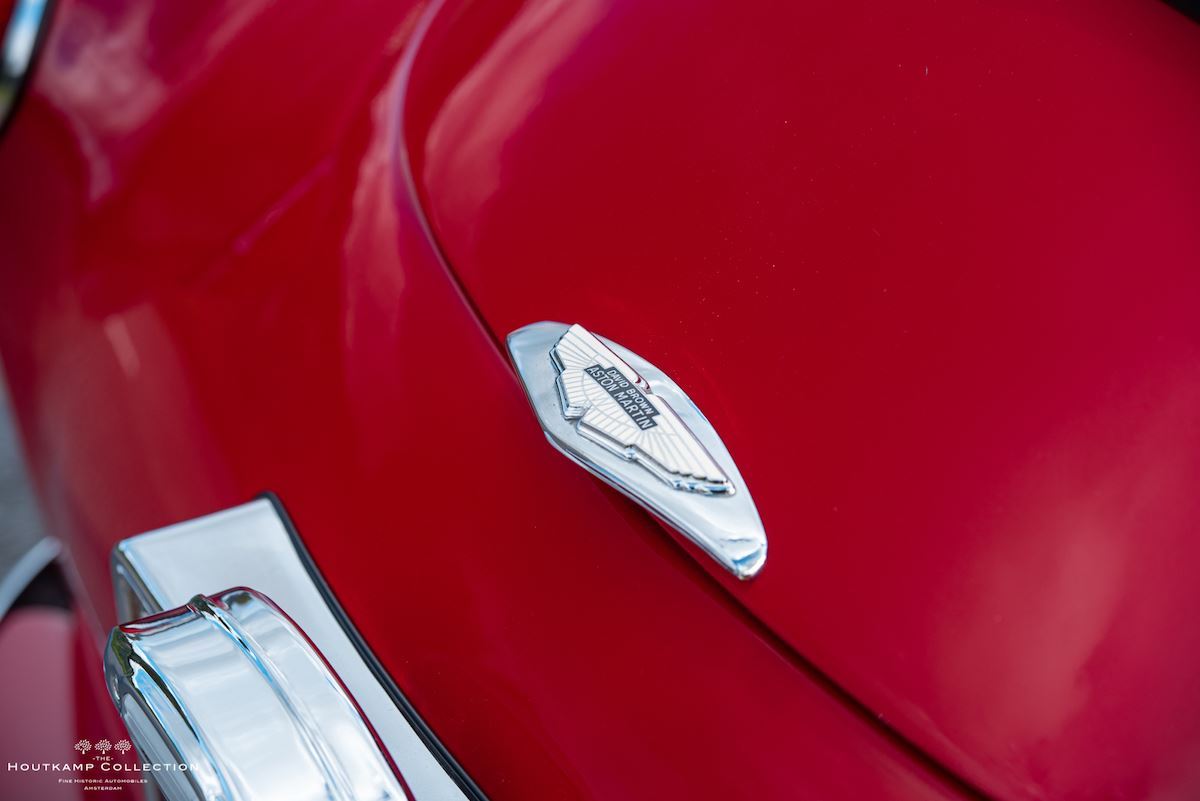 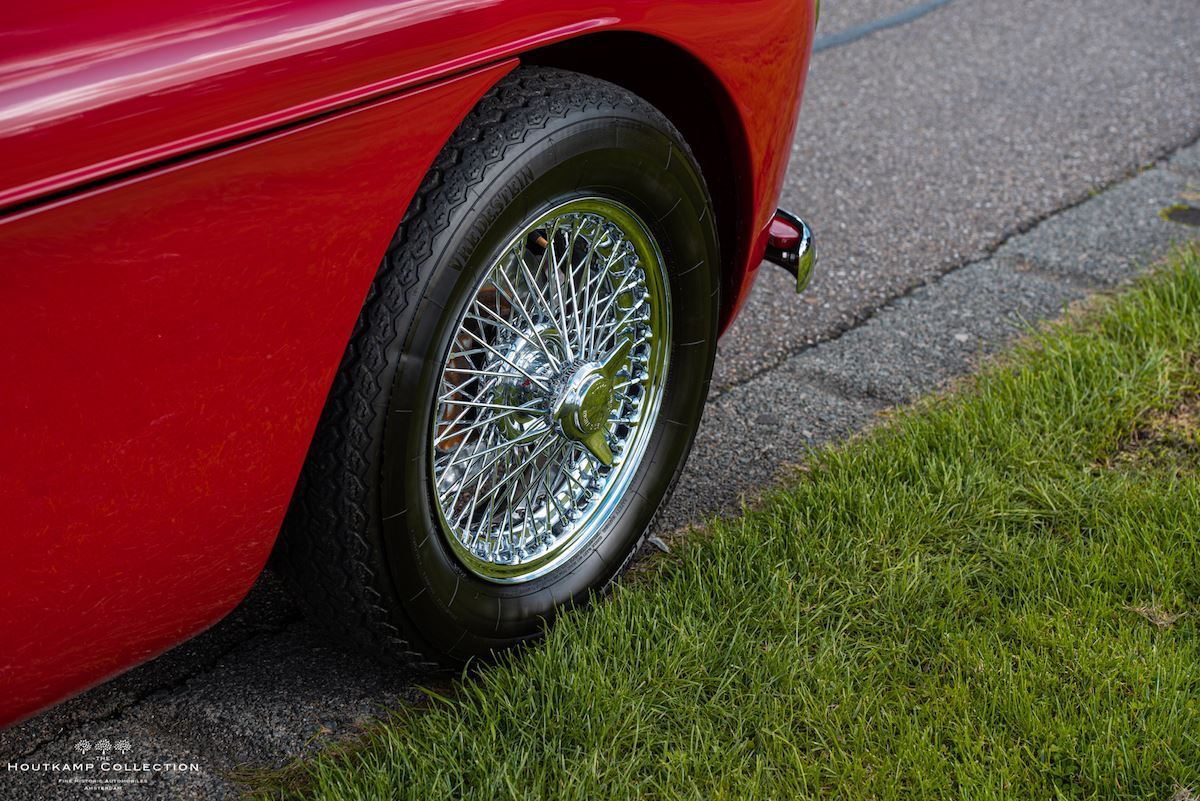 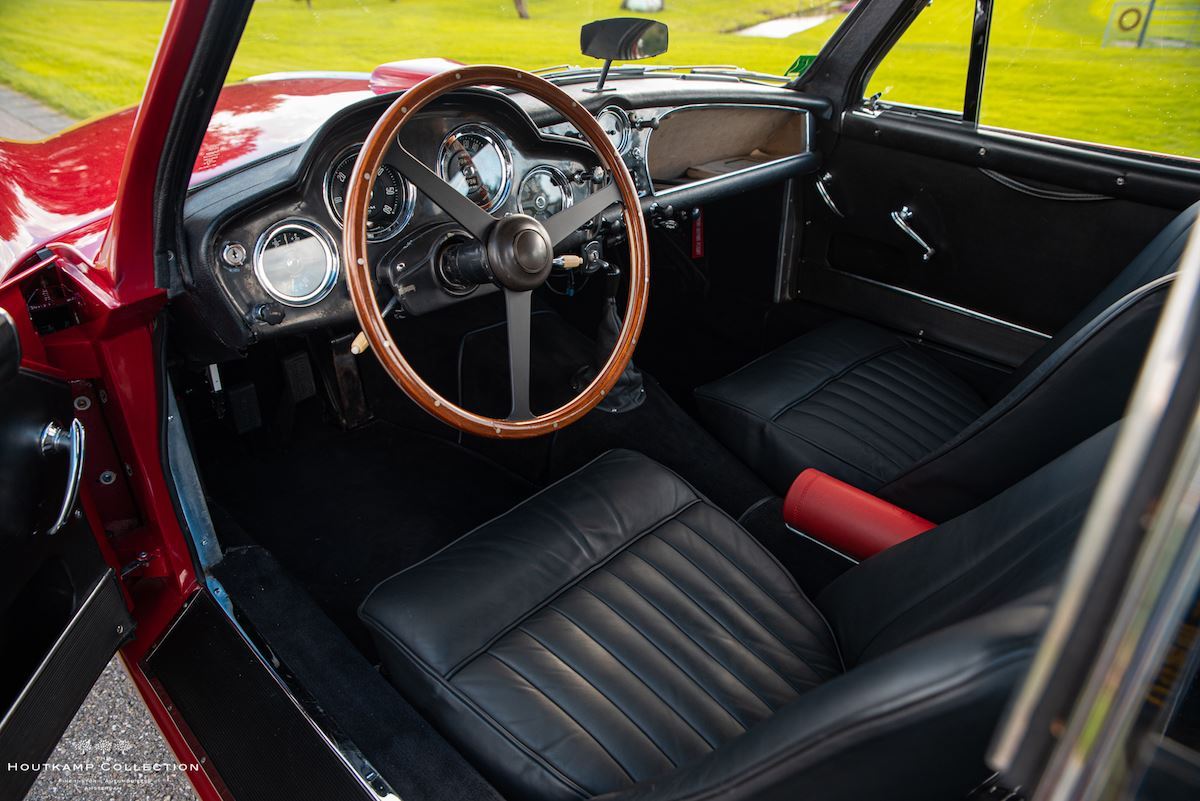 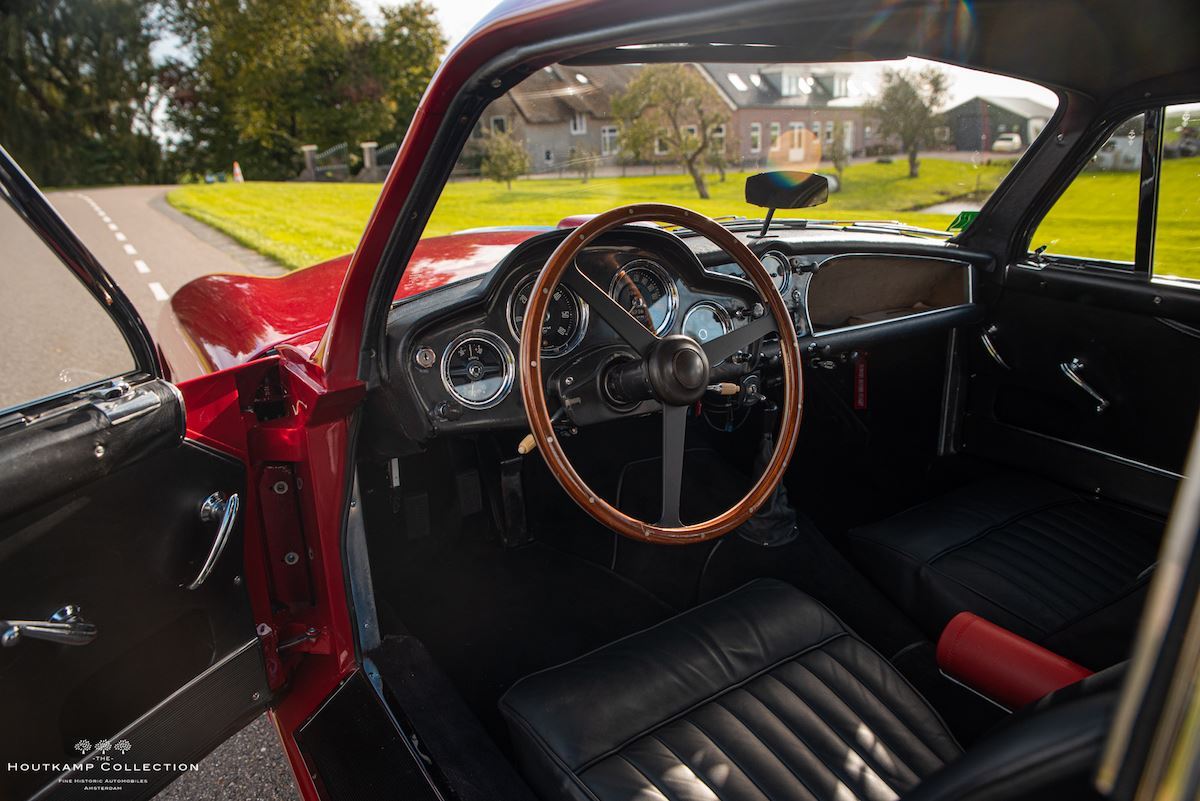 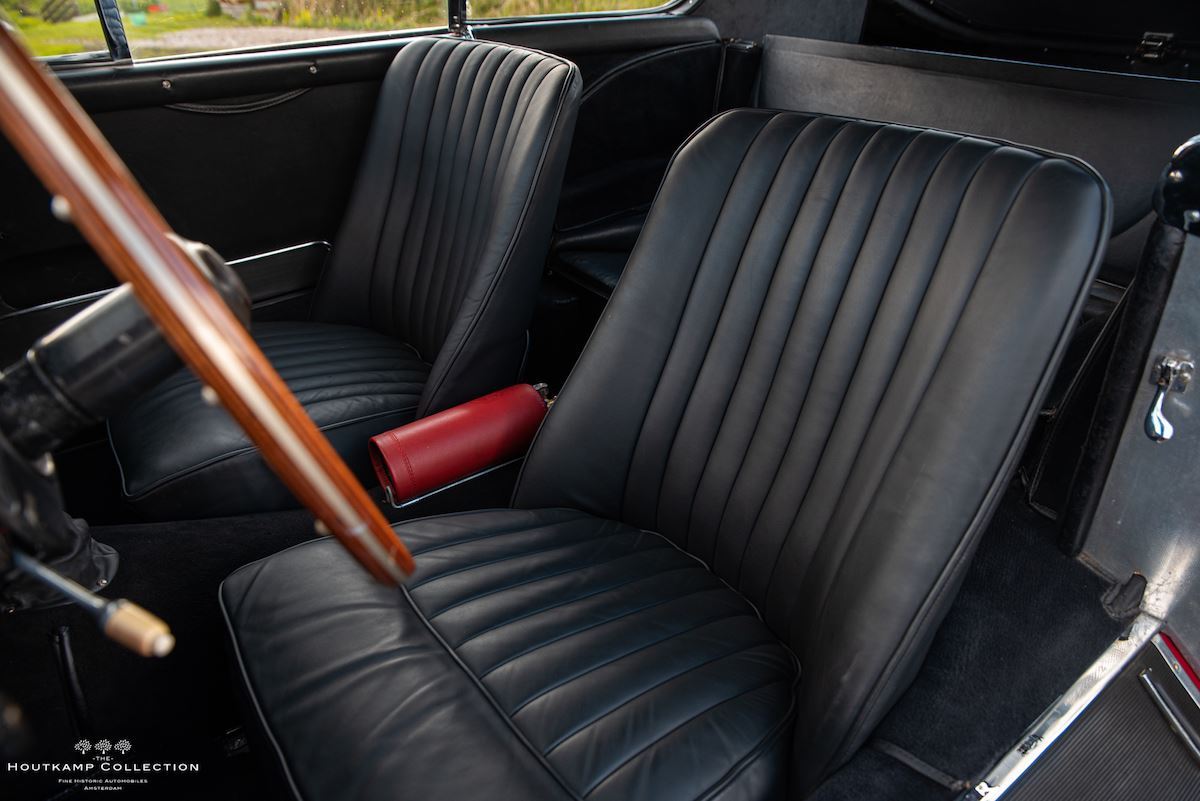 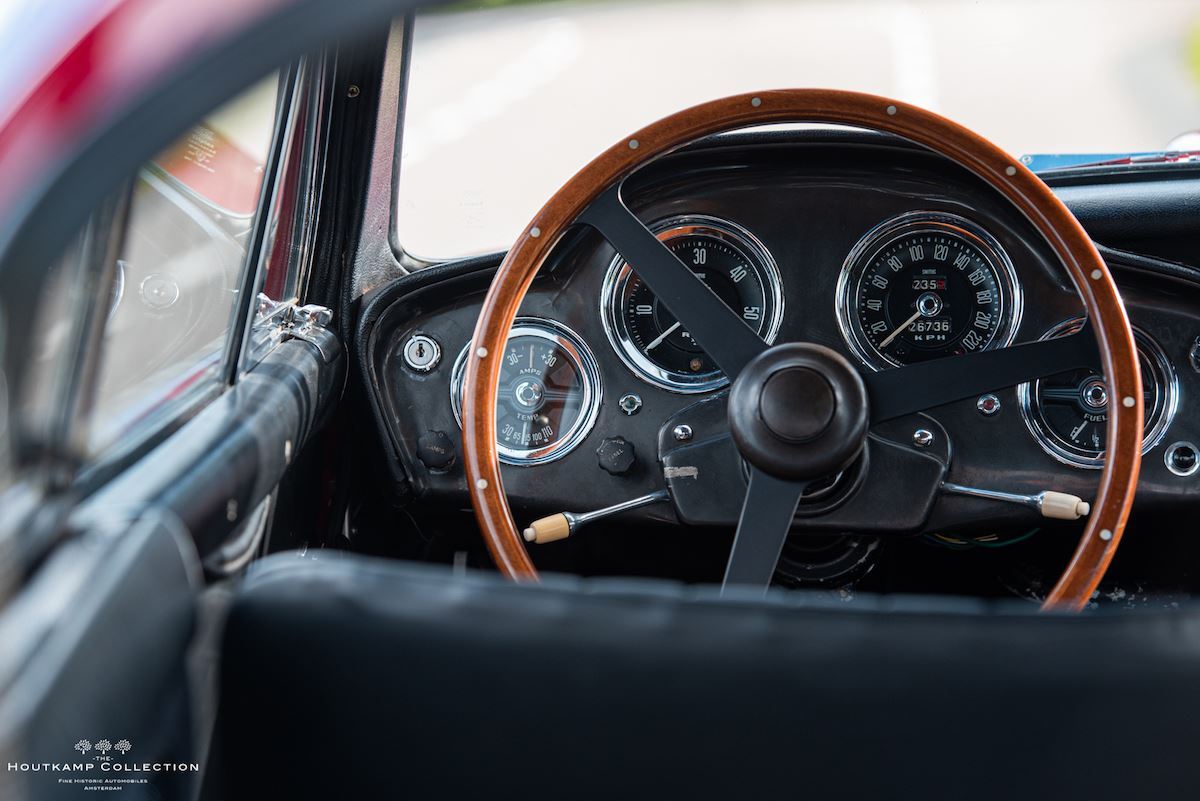 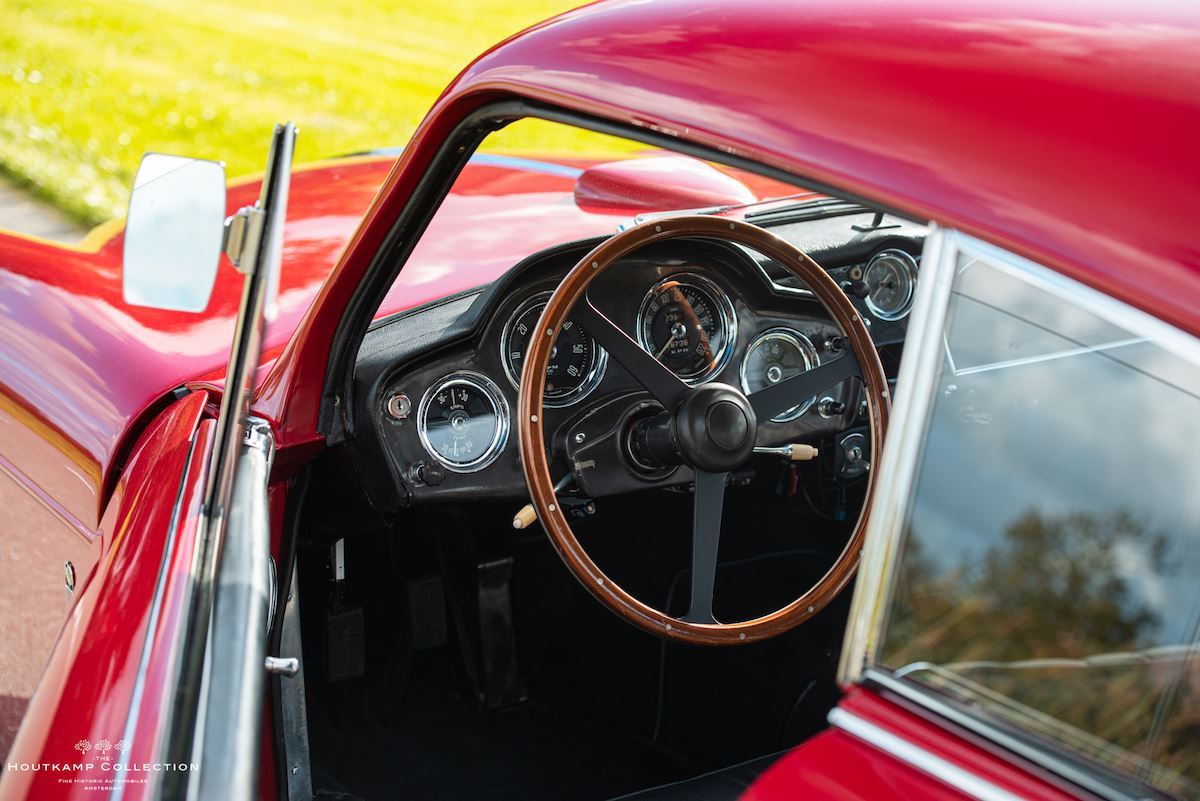 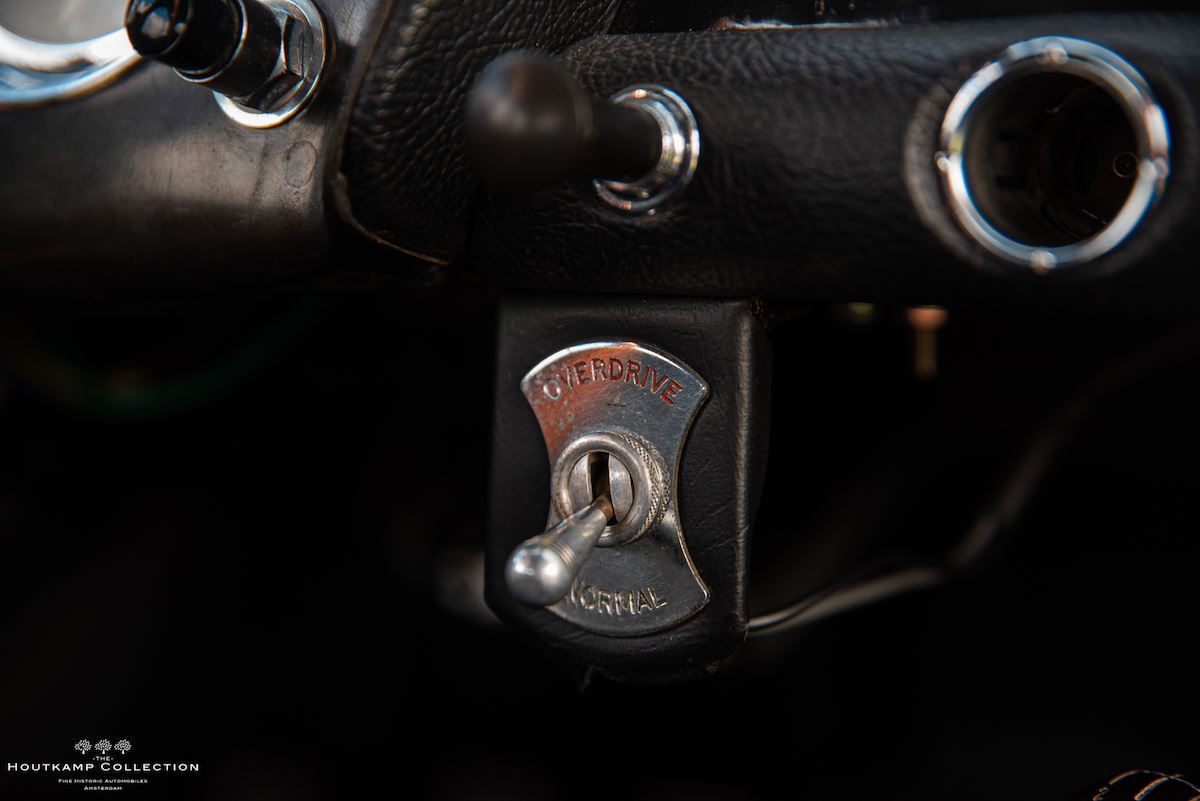 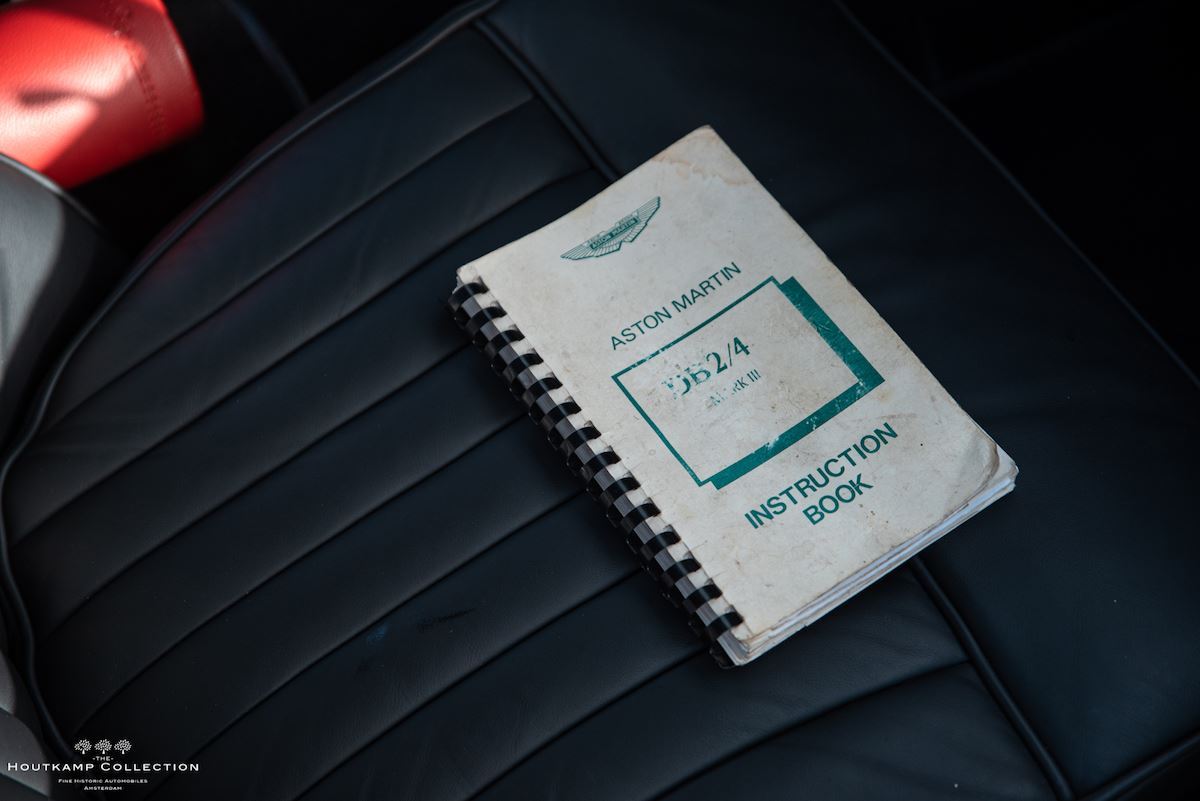 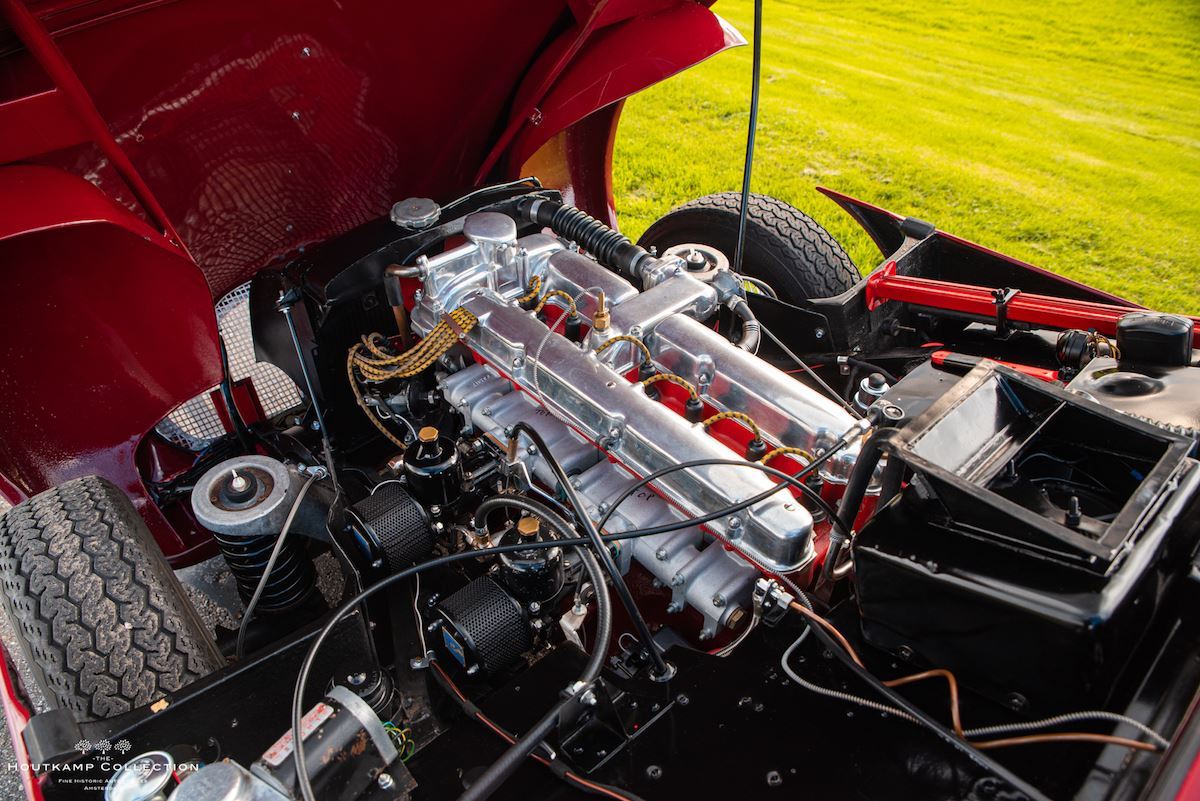 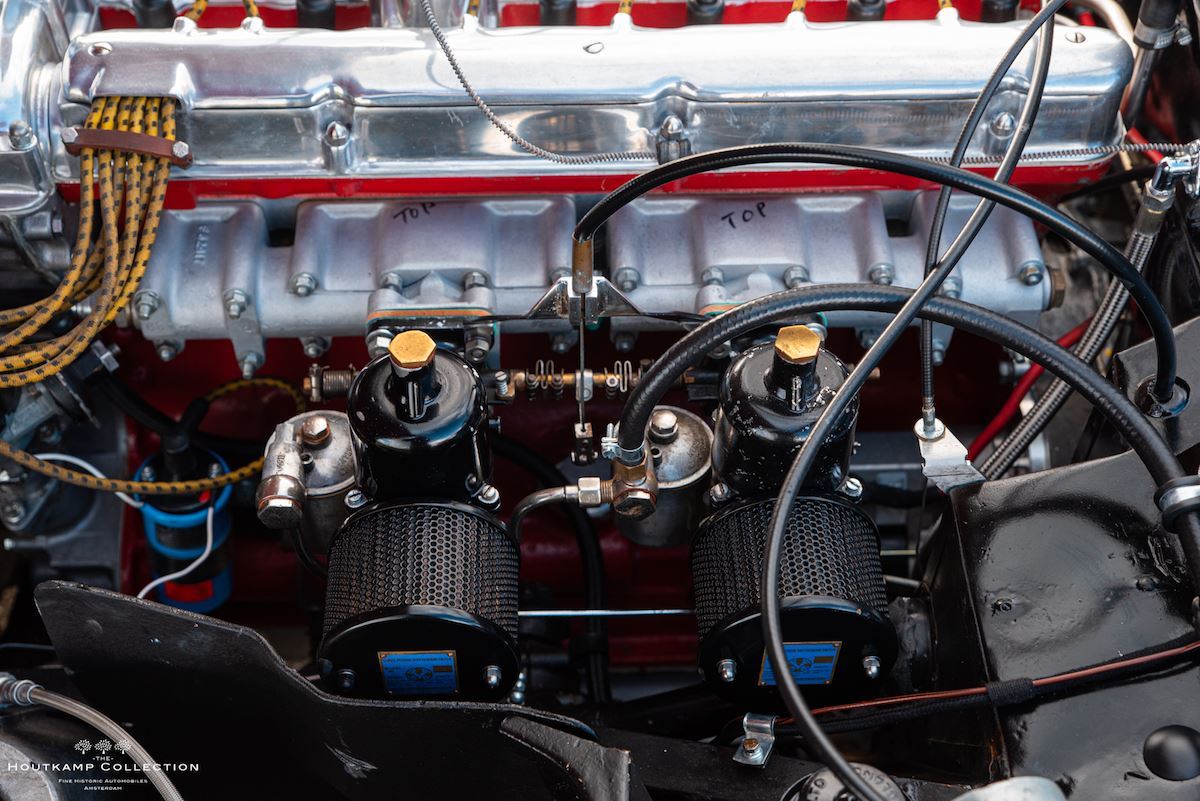 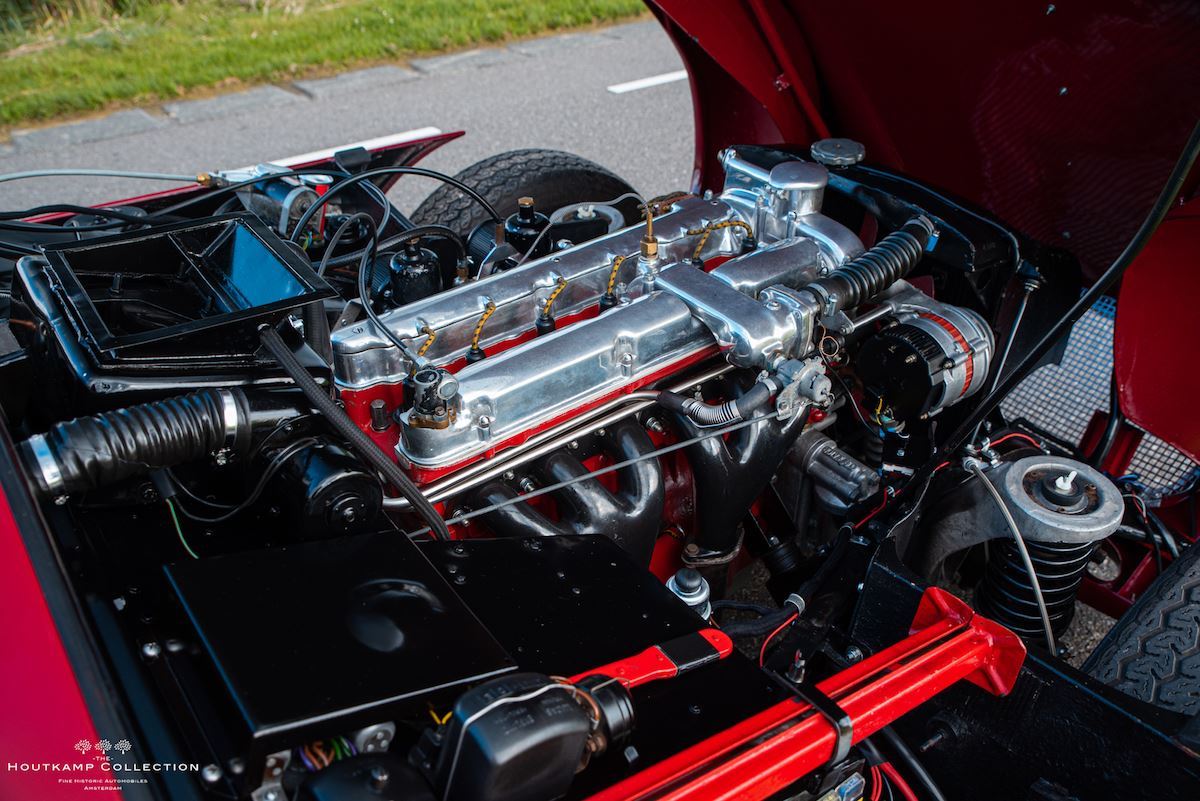 The ultimate and most highly refined variant of the successful Aston Martin DB2/4, the Mark III was introduced in March 1957 and produced through July 1959 in both fixed and Drophead coupé form.

By modifying the rear of the chassis and reducing fuel tank capacity from 19 to 17 gallons, sufficient space was found within the existing DB2 design for two child-sized occasional rear seats. Alternatively, the rear seat backs could be folded down, thus creating a load-carrying platform that more than doubled the luggage space.

‘This transformation gives the Aston Martin DB2/4 an unrivalled luggage-carrying capacity in a car which should be capable in favourable circumstances of achieving two miles a minute,’ reported The Motor. ‘The DB2/4 can truthfully claim to be the fastest car in the world capable of carrying two people with a month’s luggage.’

While the later DB5 is most often associated with James Bond, Ian Fleming’s original novel Goldfinger actually had 007 driving a DB Mark III. In fact, the Mark III was the only car in his books equipped with the ‘Q-Branch’ lethal gadgets Bond fans associate with Aston Martins.

For many, the Mk III was the most beautiful road-going Aston Martin yet.

The Aston is a rare Left-hand drive examples and is finished in its original Imperial Crimson Red with Black interior.

This DB MKIII was sold new via the Aston Martin agent Société Mirabeau in France and first registered on 8th May 1957.

This example is one of 150 DB MKIIIs with the early type of rear lights, which make this example very rare. Furthermore, this Aston has the optional overdrive, which makes the car suitable for relaxed cruising on longer trips.

Serious amount of money has been invested in this Aston Martin from which invoices are available in the file.
The entire technique, engine, gearbox, drivetrain, electricity etc. have been fully rebuilt by the current owner.
A body restoration has also taken place so not only technically, also optically this Aston Martin is in a very impressive condition.

In the nice history file coming with the car are invoices available of a variety of investments in body and technique from its current Belgian owner and from the former French ownership.

Amongst other investments, the Aston benefits from a recent rebuilt of:

Body wise the Aston is in a beautiful condition. The car still shows it’s original color since new which is Imperial Crimson red. The paint has an excellent gloss.
The chrome is in a very nice and shiny condition without any pitting.
All windows and window rubbers are also in a very nice condition.
The panel fit is nice. Very good for an Aston Martin DB2/4/

The car sits on new chrome wired wheels with relative new Vredestein Sprint classic tires. All emblems, lightning and lenses are in a nicely restored condition as well.

The glass surrounding is in an excellent condition.

The interior of the Aston is very attracting and in our opinion the colour suits the exterior color of the car very well. The condition of the leather can be best described as almost new.

New carpets have been installed some years ago but since then the car has been scarcely used. Therefore the condition is still very nice without any damages.

The dashboard is still in original painted condition with properly working meters and gauges.

It is very rare for an original European Aston martin Db MKIII to have “Kilometre” instrumentation.

The handling is excellent. One can put a row of Aston Martin DB2’s next to each other and all of them will drive a bit different but this specific example is driving extremely well.

The engine sounds great and is tractable.

The suspension and brakes are also in good order.

In short, this is a very reasonable priced and very nice driving example.