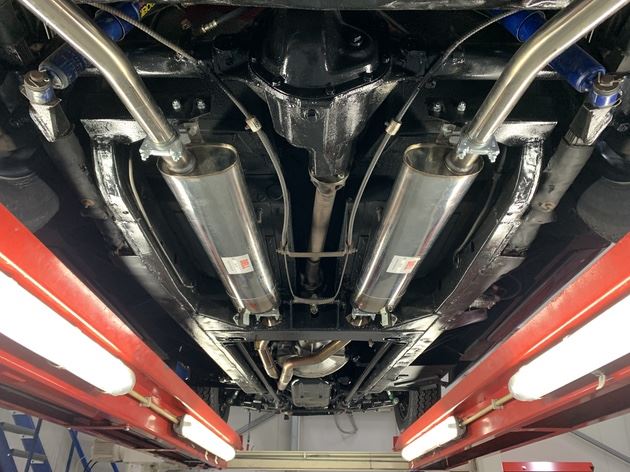 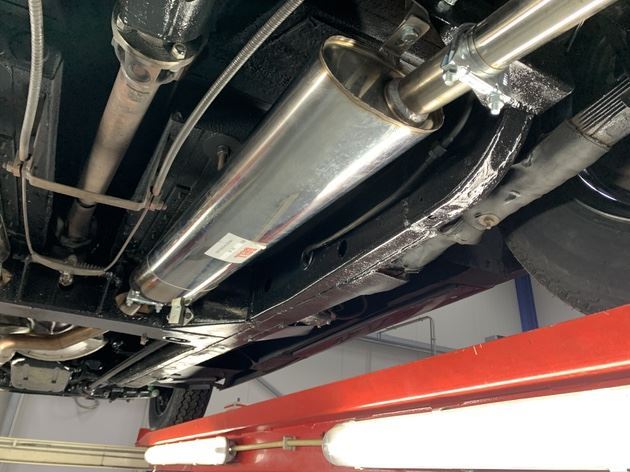 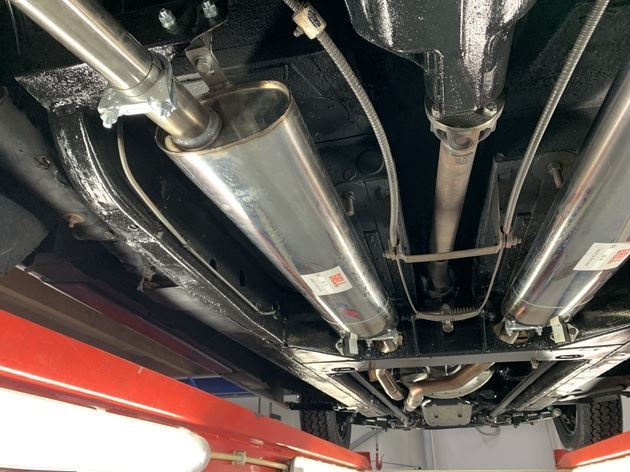 In 1954 Jaguar replaced their seminal XK120 with the upgraded XK140. It used the same basic architecture as the preceding model but featured several interior and body upgrades including full-width bumpers, increased interior space and rack & pinion steering. As before, it was offered as an Open Two Seater roadster, Drophead Coupe convertible or Hardtop Coupe.

Fresh from their victories at the 24 Hours of Le Mans, Jaguar used their competition pedigree to sell the XK140. The principle brochure said “All the accumulated wealth of knowledge and experience gained in the hard school of racing have been built into the new XK140 models which are powered by the famous 3½ litre twin overhead camshaft XK engine.”

Upgrades to the body included a new grill with fewer slats and an integrated Jaguar badge. Front turn signals were installed on top of the fenders and amber driving lights were positioned just above the bumpers. The rear trunk lid featured a new central chrome accent and badges that spelled out “Winner Le Mans 1951–3.”

To make more interior room, the engine, firewall and dashboard were moved forward. This relocated the battery to the inside of the driver’s side fender. The result was increased leg room and more space for the new occasional seats in the Hardtop Coupe and Drophead Coupe convertible.

Power was up slightly from the outgoing model thanks to the XK120’s SE package which had more aggressive camshafts and an increased standard output of 190 bhp. The transmission ratios were slightly shorter and the front torsion bars were larger.

Options for the XK140 included wire wheels, a Laycock de Normanville overdrive. Both options are fitted on this specific example.

This Jaguar has been newly delivered in the United States to a gentlemen named Scott Petersen. It was delivered via the dealer in Los Angeles at the 27th. of October 1955.
The car was fitted with an overdrive as well as an SE exterior package which included wire wheels and fog lamps at the front.

By looking at the Jaguar it is immediately clear that the car is in a wonderful (exterior) condition.

The body of the Jaguar is very nice. The doorgaps are good and probably even a bit nicer then new.

When we get into details and feel inside the doors, the correct lines are still existing while they are mainly not visible anymore because of incorrect restoration activities whereby plaster has been used on incorrect locations.
This is not the case with this specific Jaguar.

The chrome wired wheels are in as new condition and the chrome on the bumper and lamp surrounding seems to be all original as it is beautiful thin and wonderful shiny.

All windows are in a nice order without any scratches or damages.

The interior is currently undergoing a full renewal. Our main interior specialist is installing a brand new and period correct interior in the color tan/beige.

The reason of changing the interior had to do with the former color which was red.

The tan/beige fits in our opinion much better.

The soft top is in a wonderful condition without any damages. Also the soft top cover which can be used to cover the top if it’s

All gauges are renewed recently and the original (slightly damaged) gauges and knobs are still with the car.

There are no scratches or damages on the leather even as on the wooden dashboard.

The gauges look to have been restored and are all factory/period correct items and perfectly working.

The wood which is all around in the Drophead version is also in a very nice / as new order.

Good performance with enjoyable vintage-style handling and values are rising nicely.
For some reason every Jaguar XK is driving slightly different. Sometimes an XK has a bit too hard suspension, sometimes the gas is not revving the engine immediately, sometimes the brakes are a bit weak but sometimes we have an XK whereby everything feels as it should be and this specific example is such a car.
The engine runs wonderful and is extremely powerful. When the gas pedal is touched, the engine revs up immediately and feels so strong on the whole range from the bottom to the top.