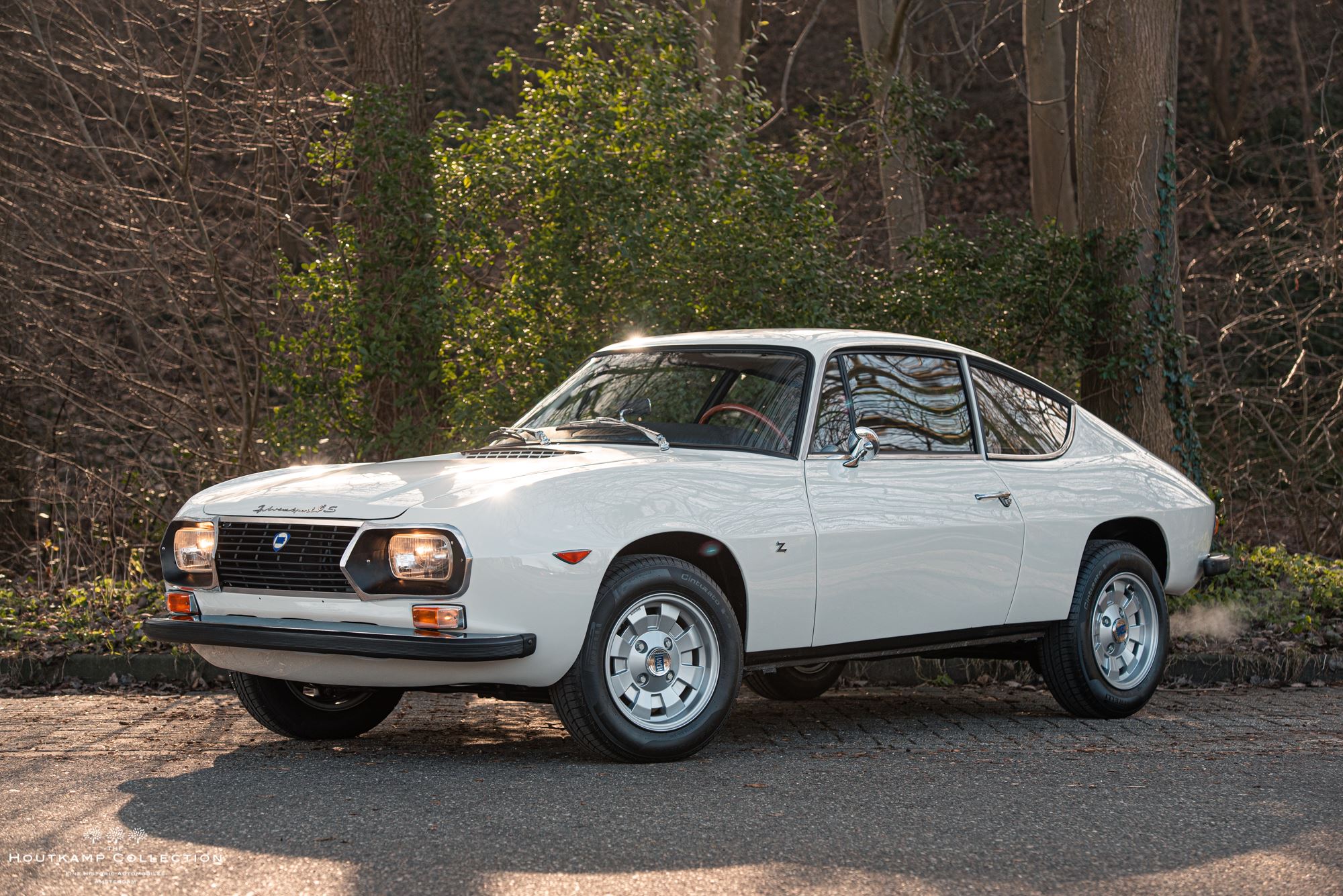 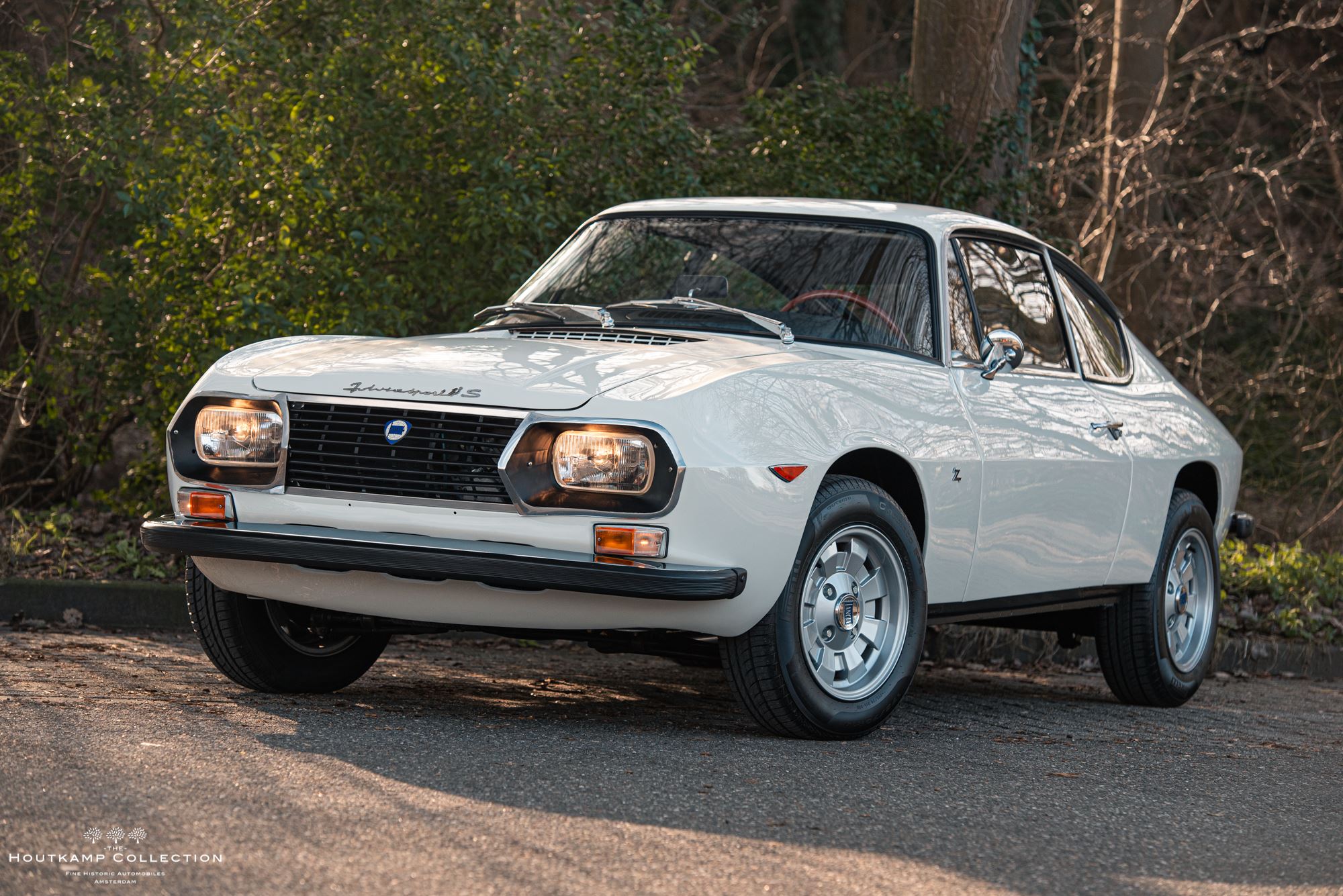 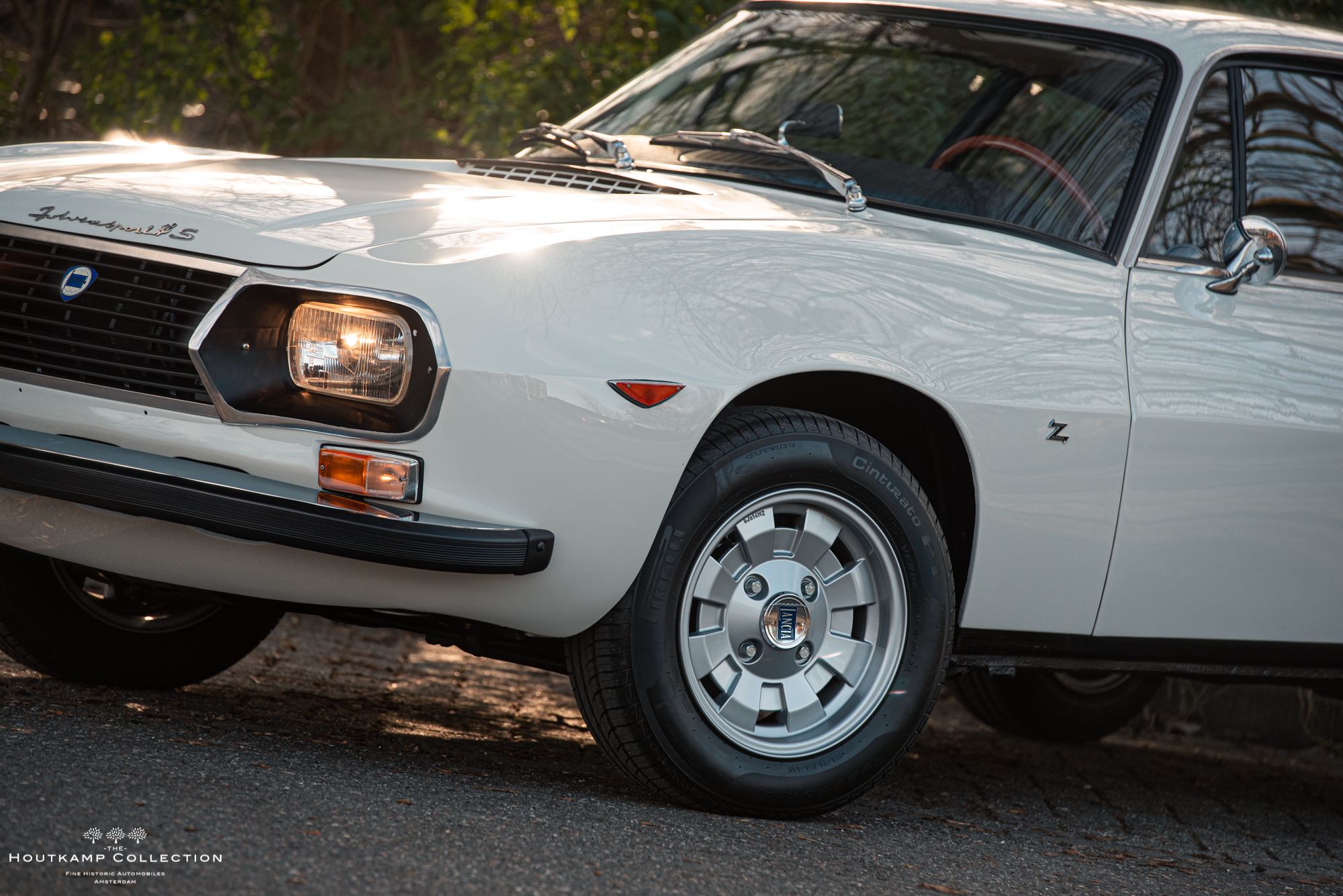 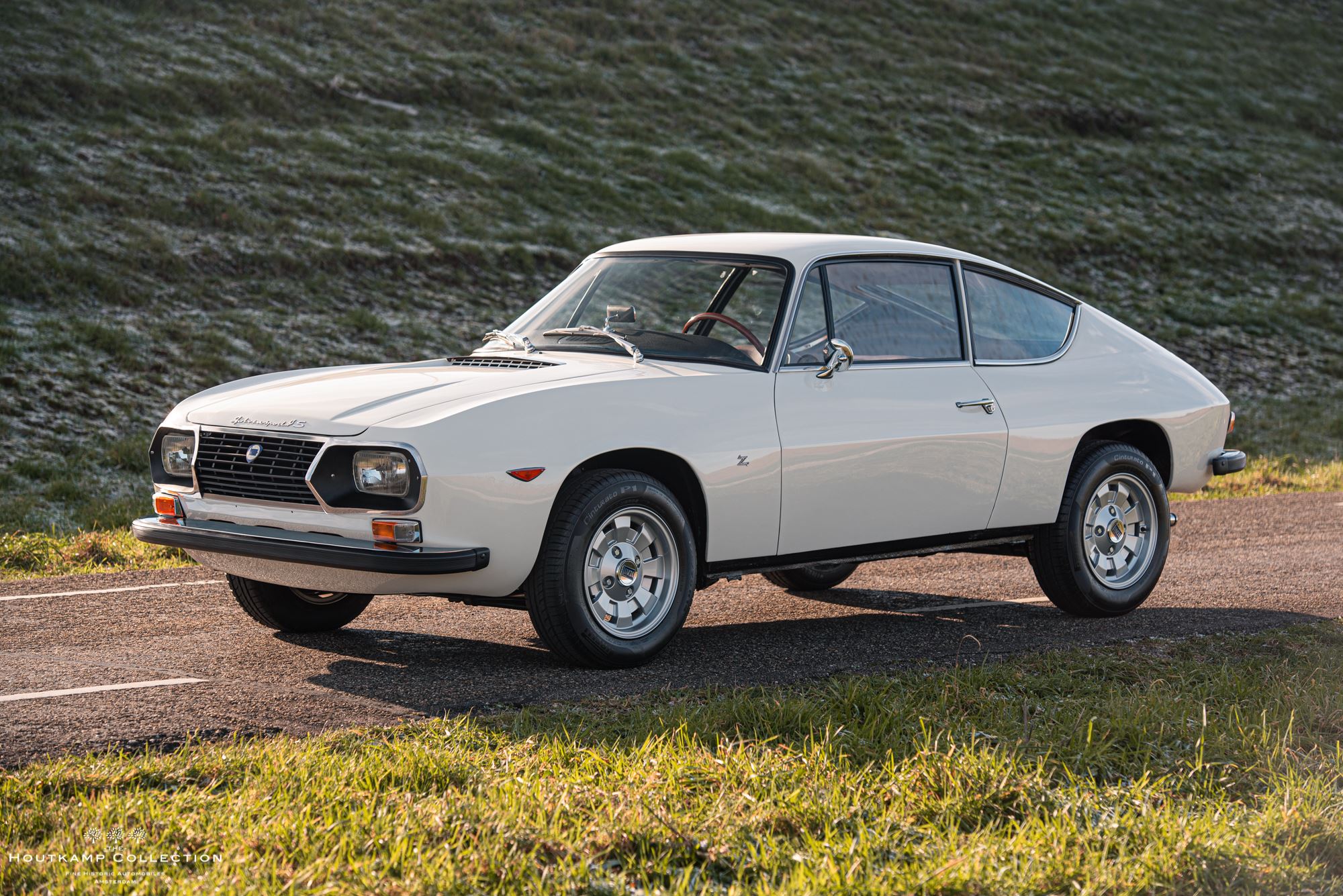 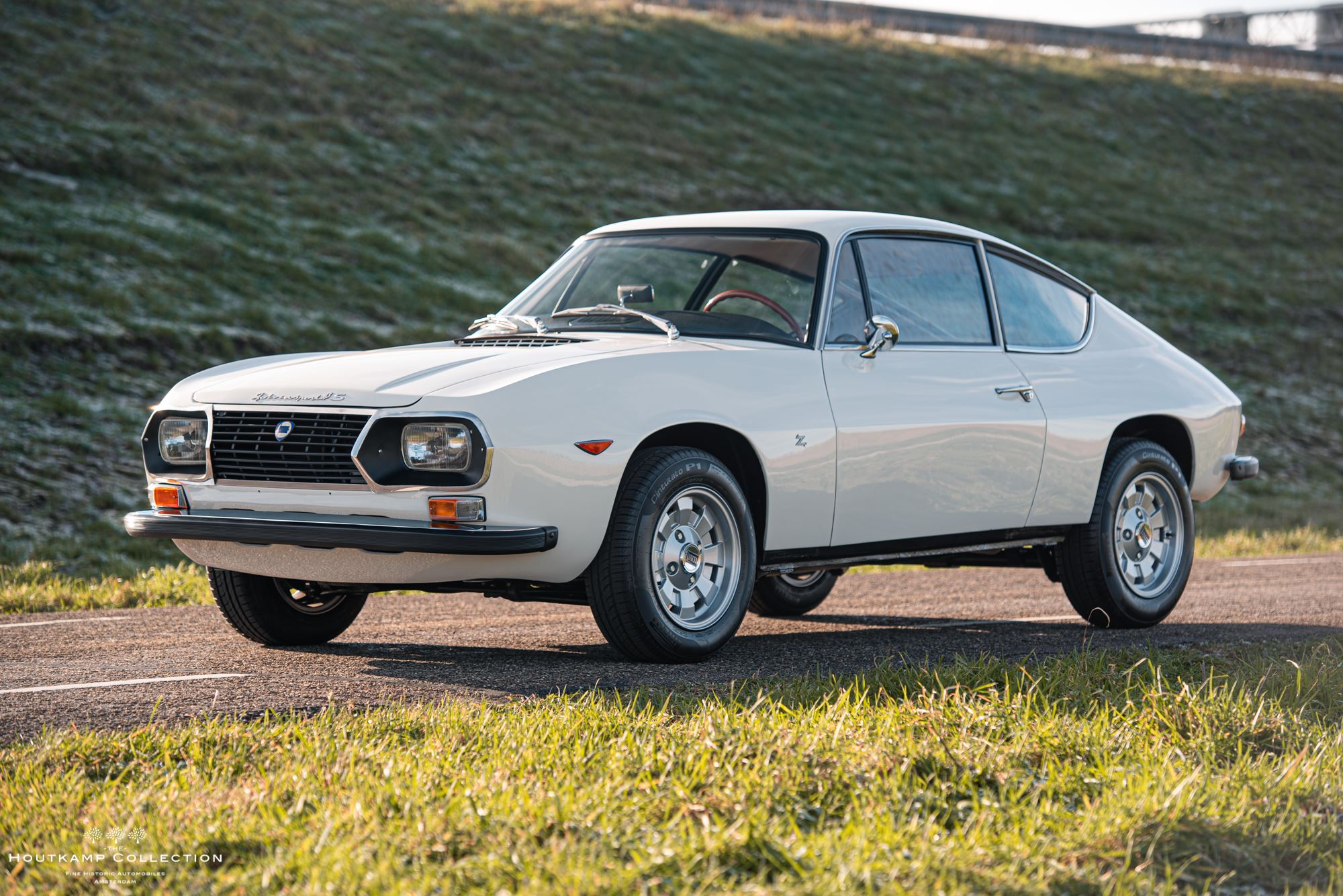 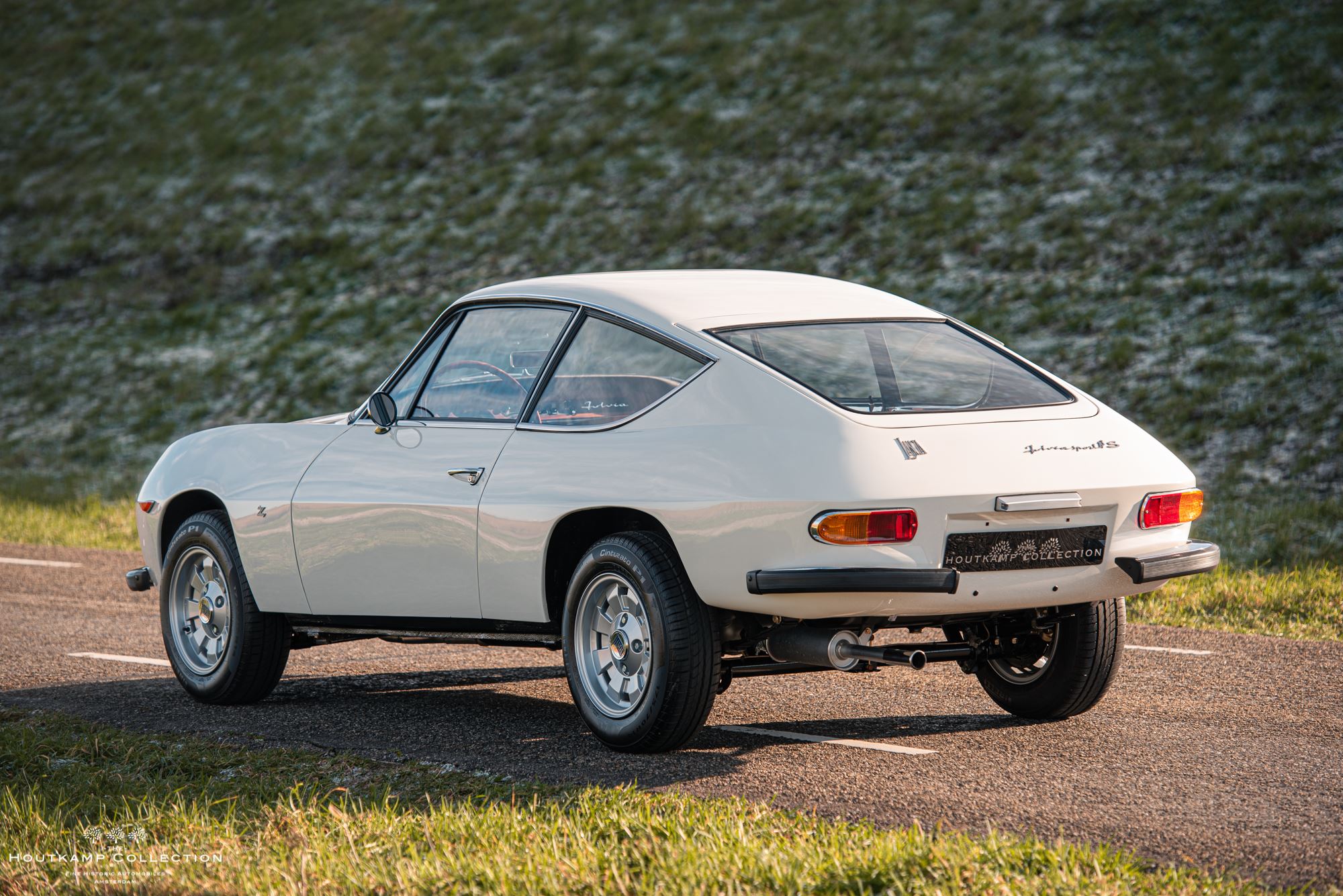 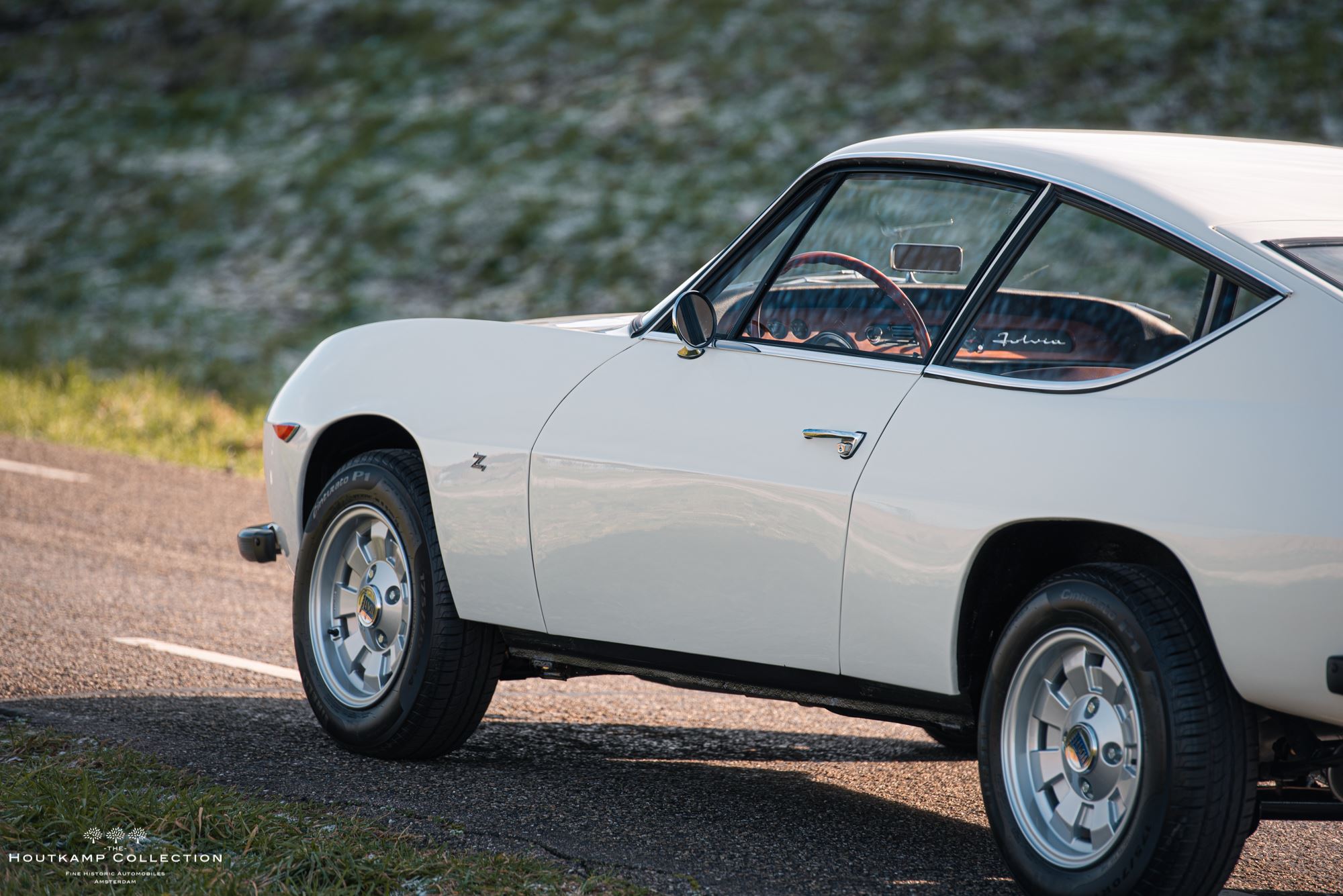 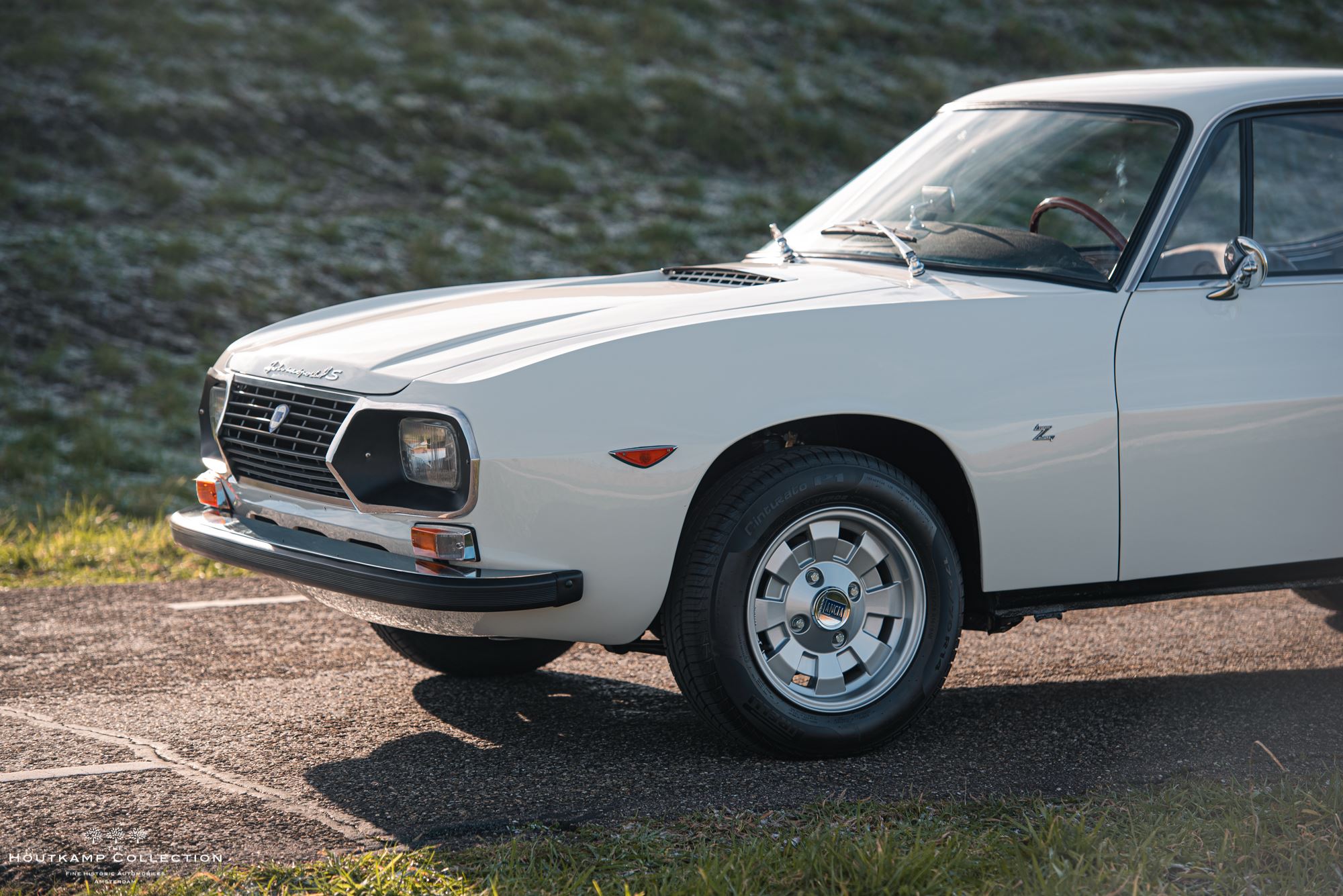 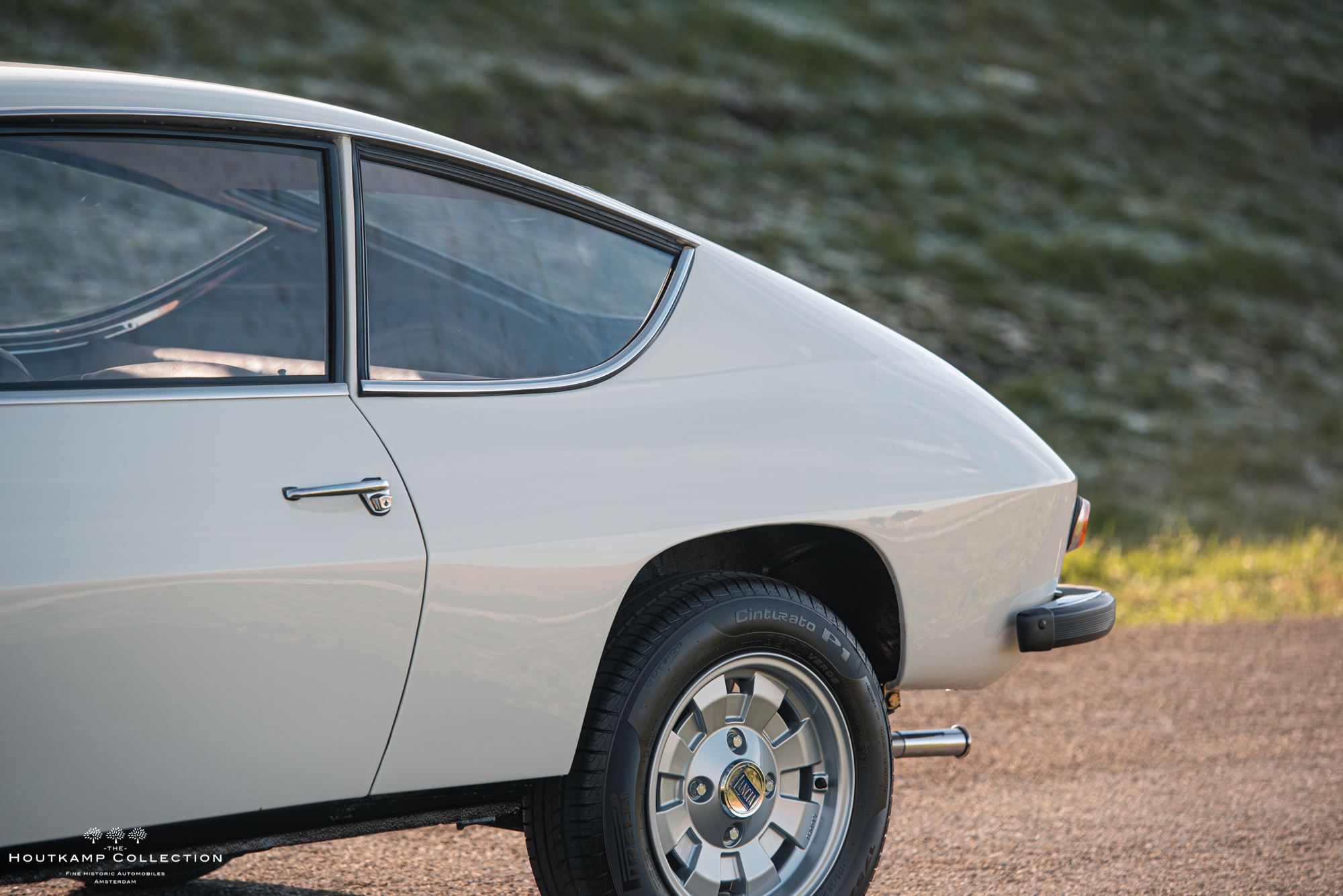 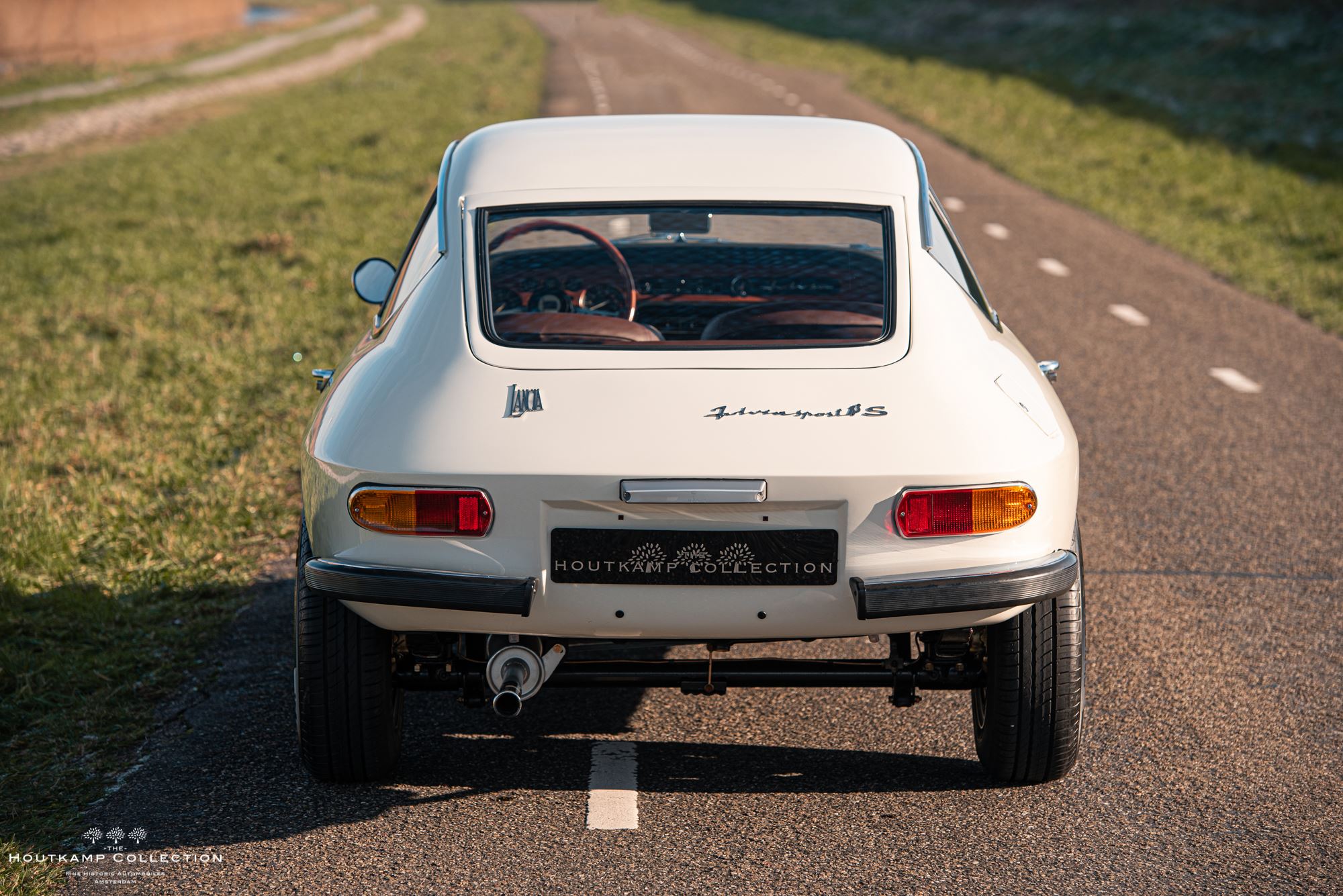 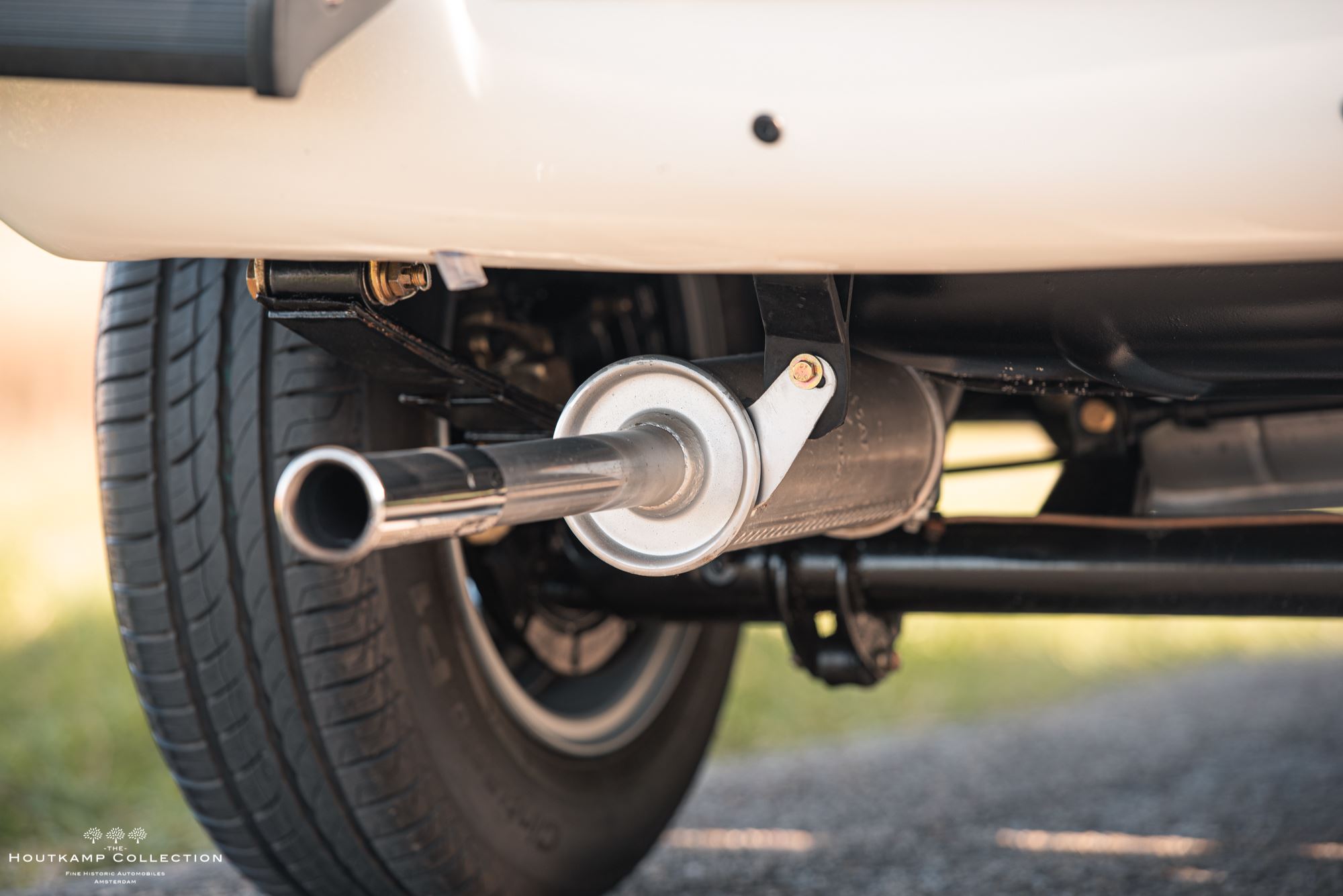 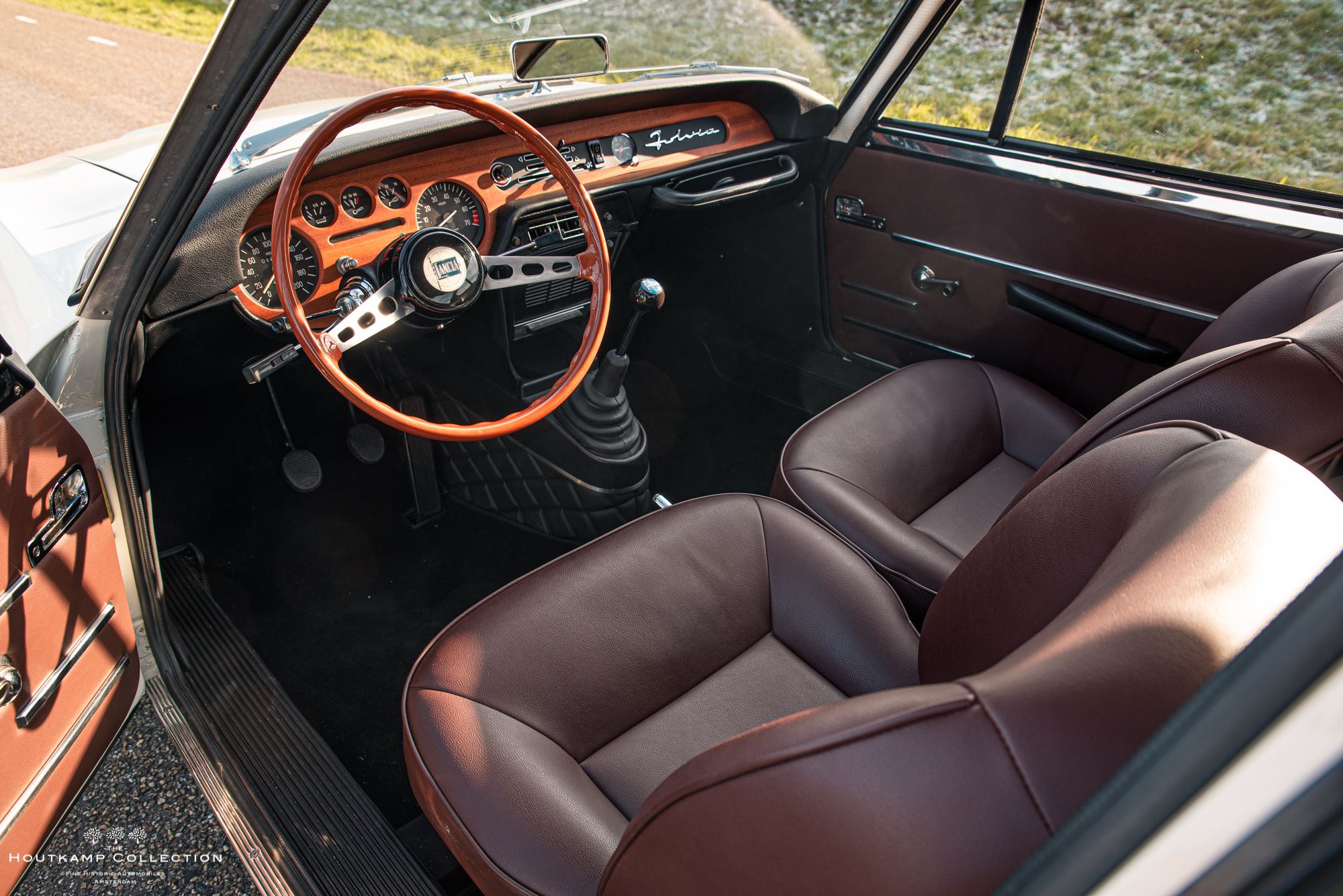 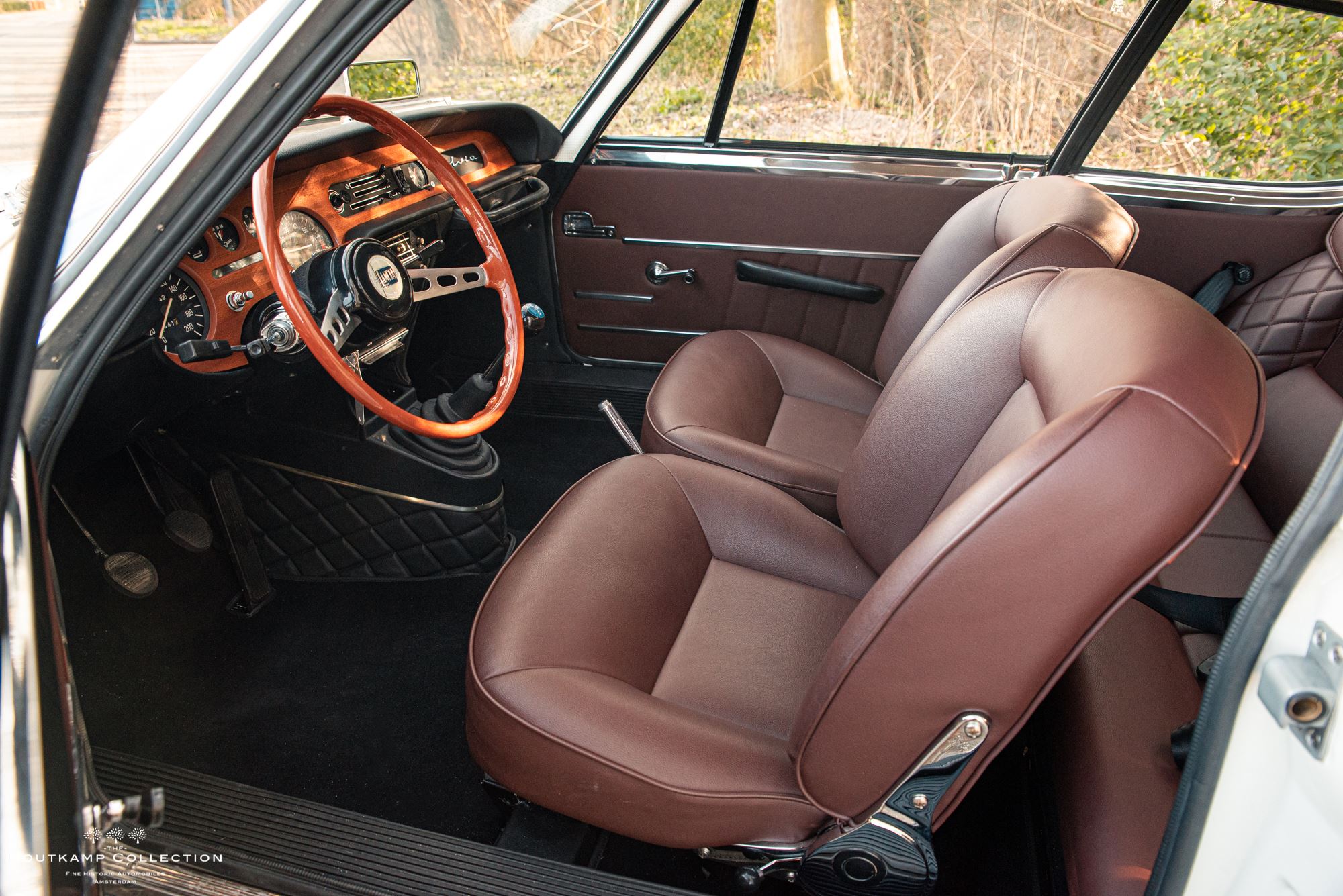 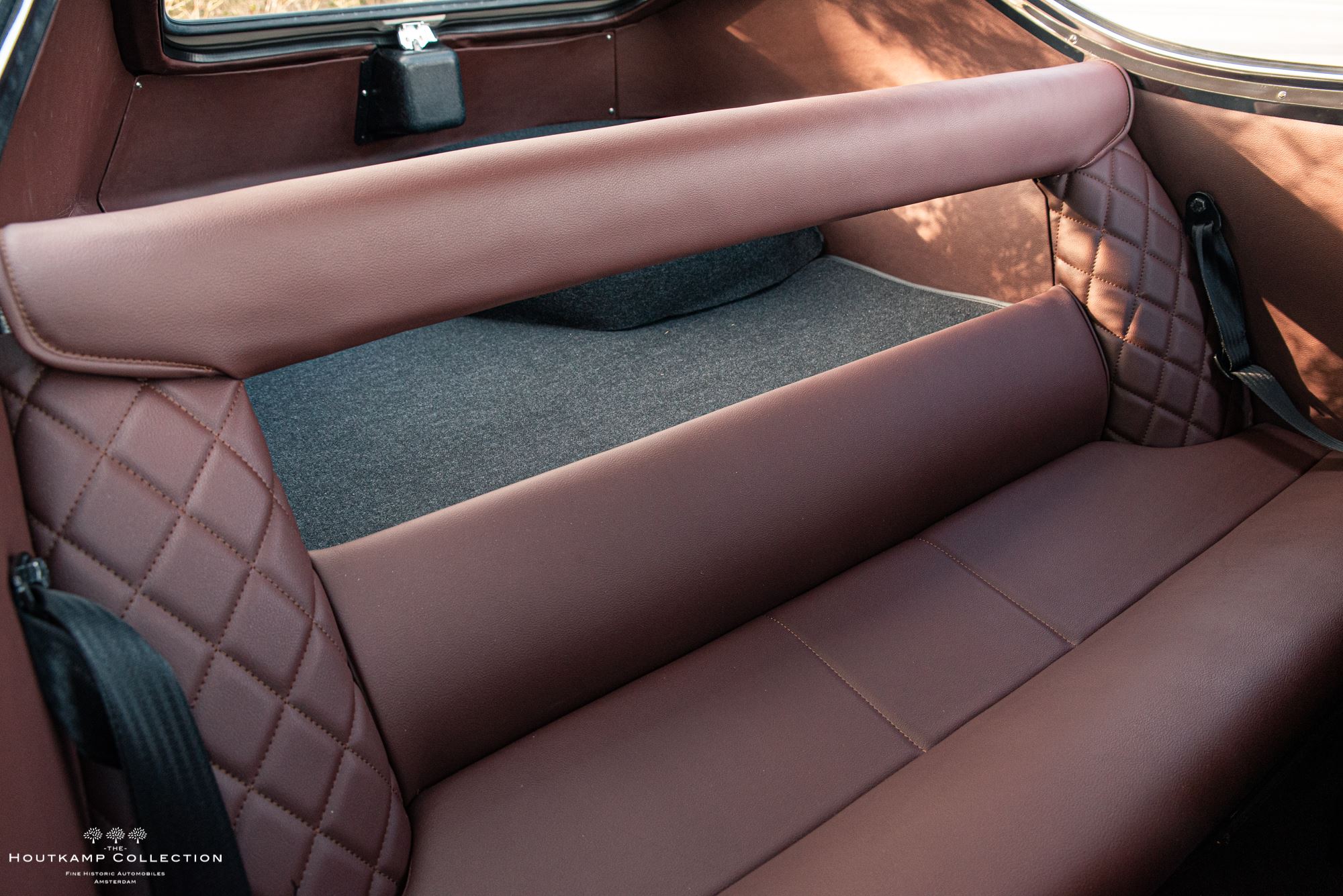 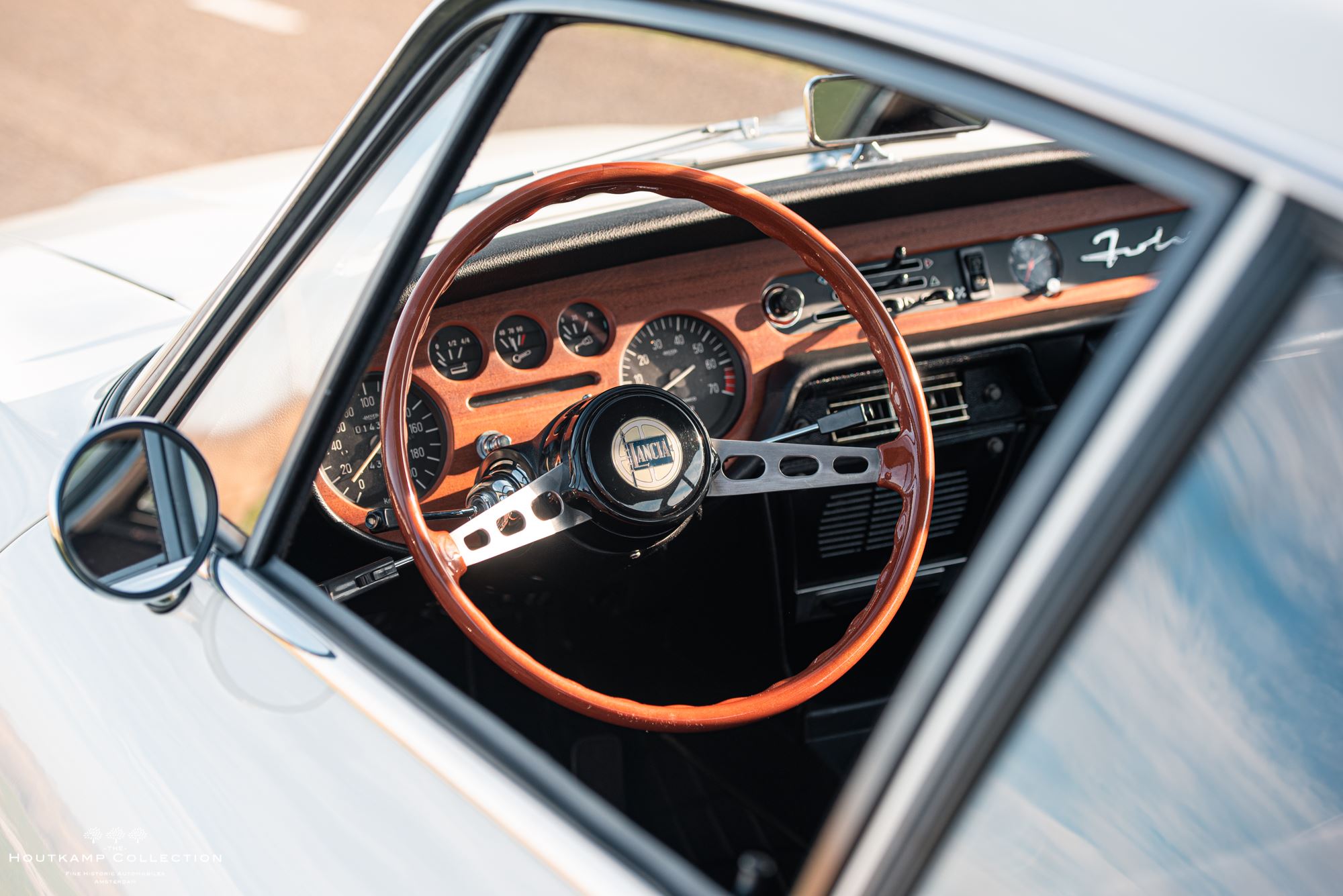 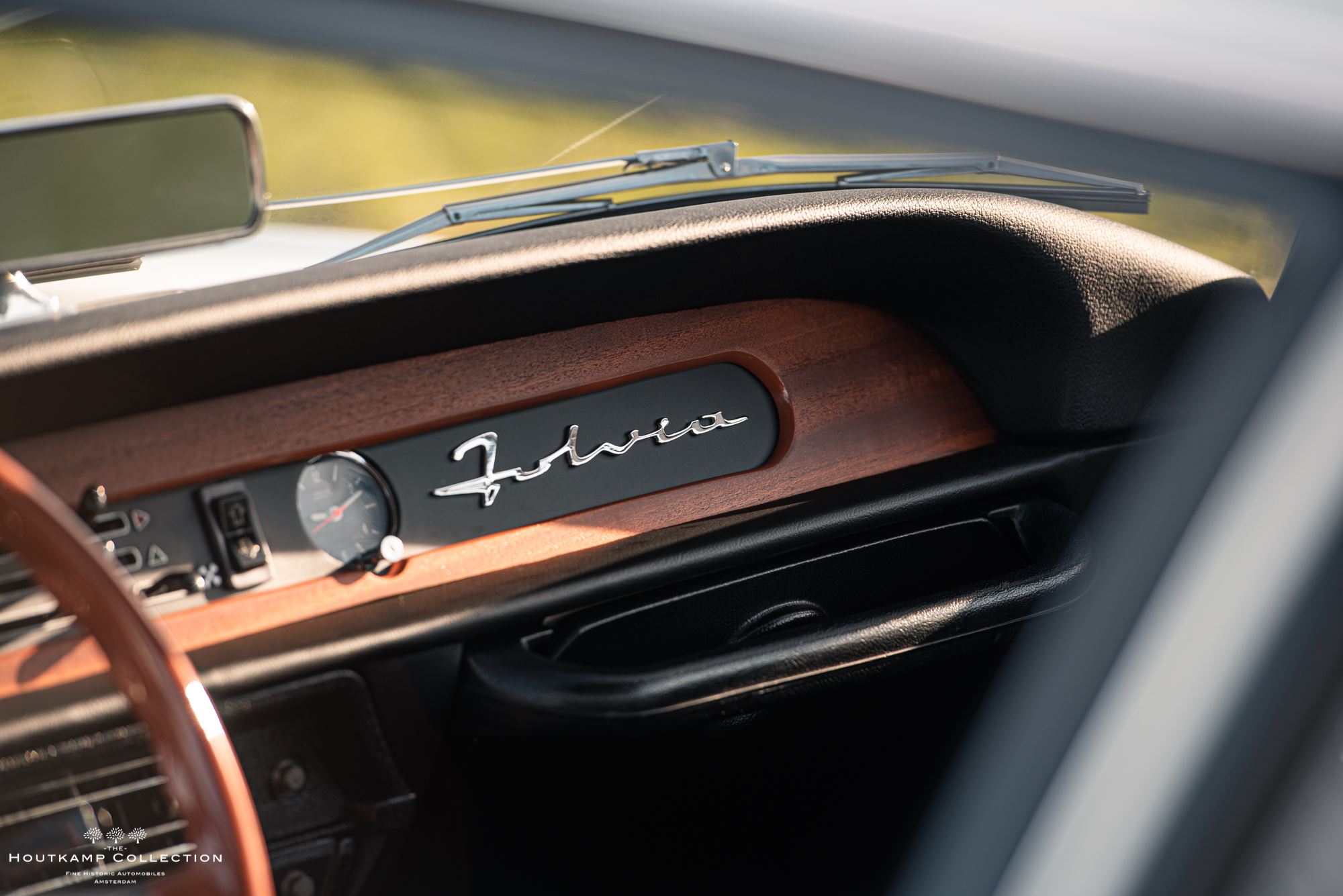 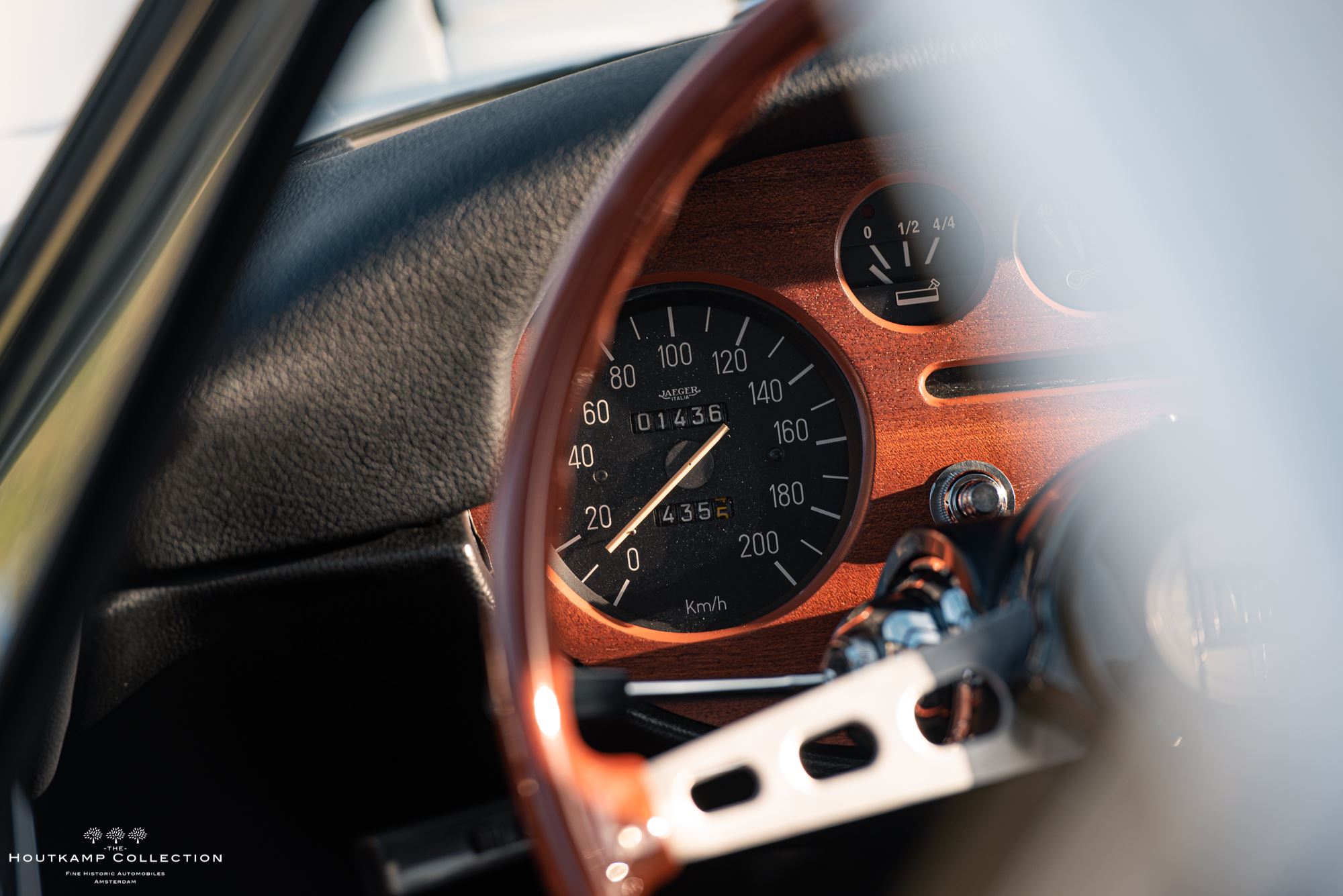 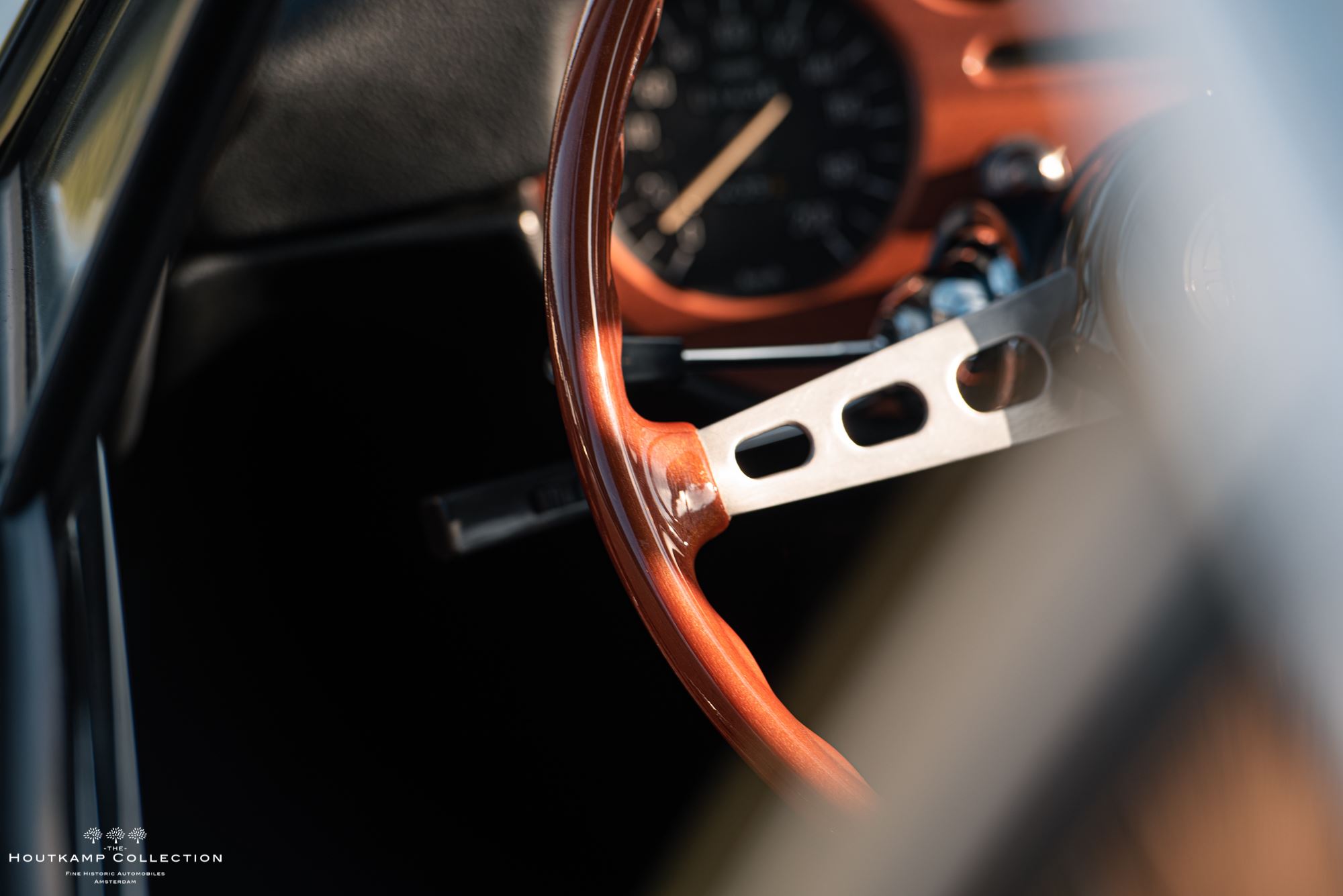 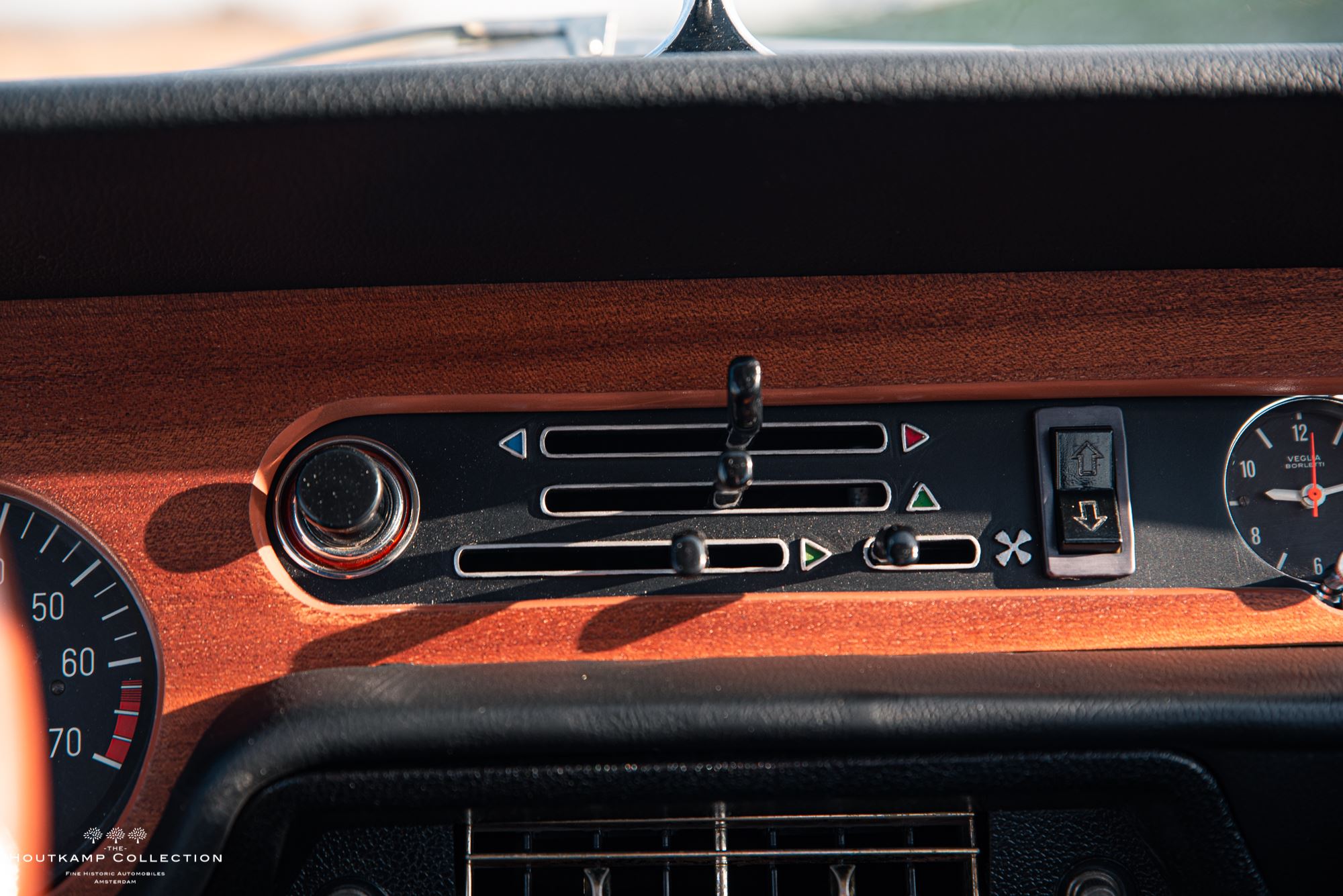 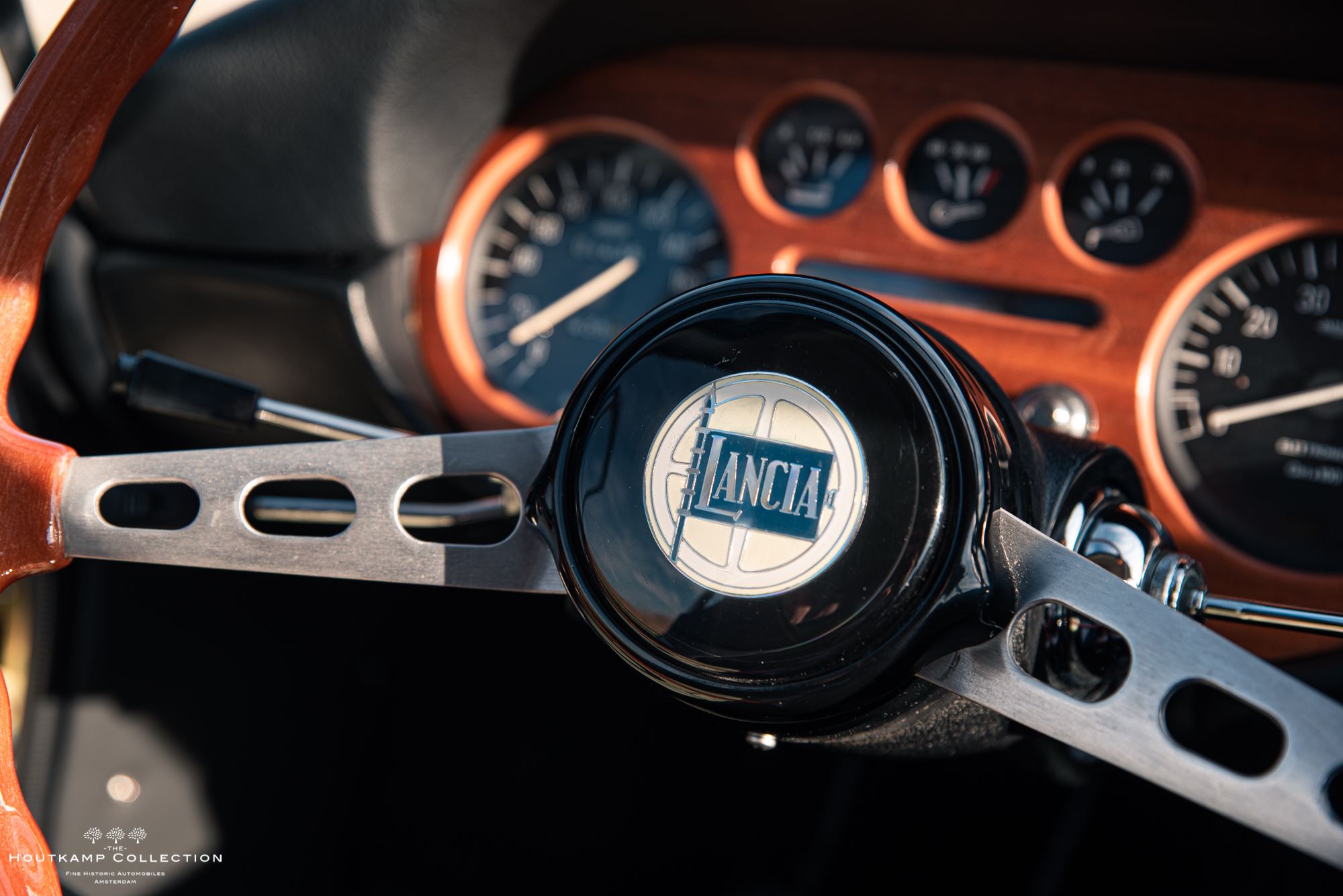 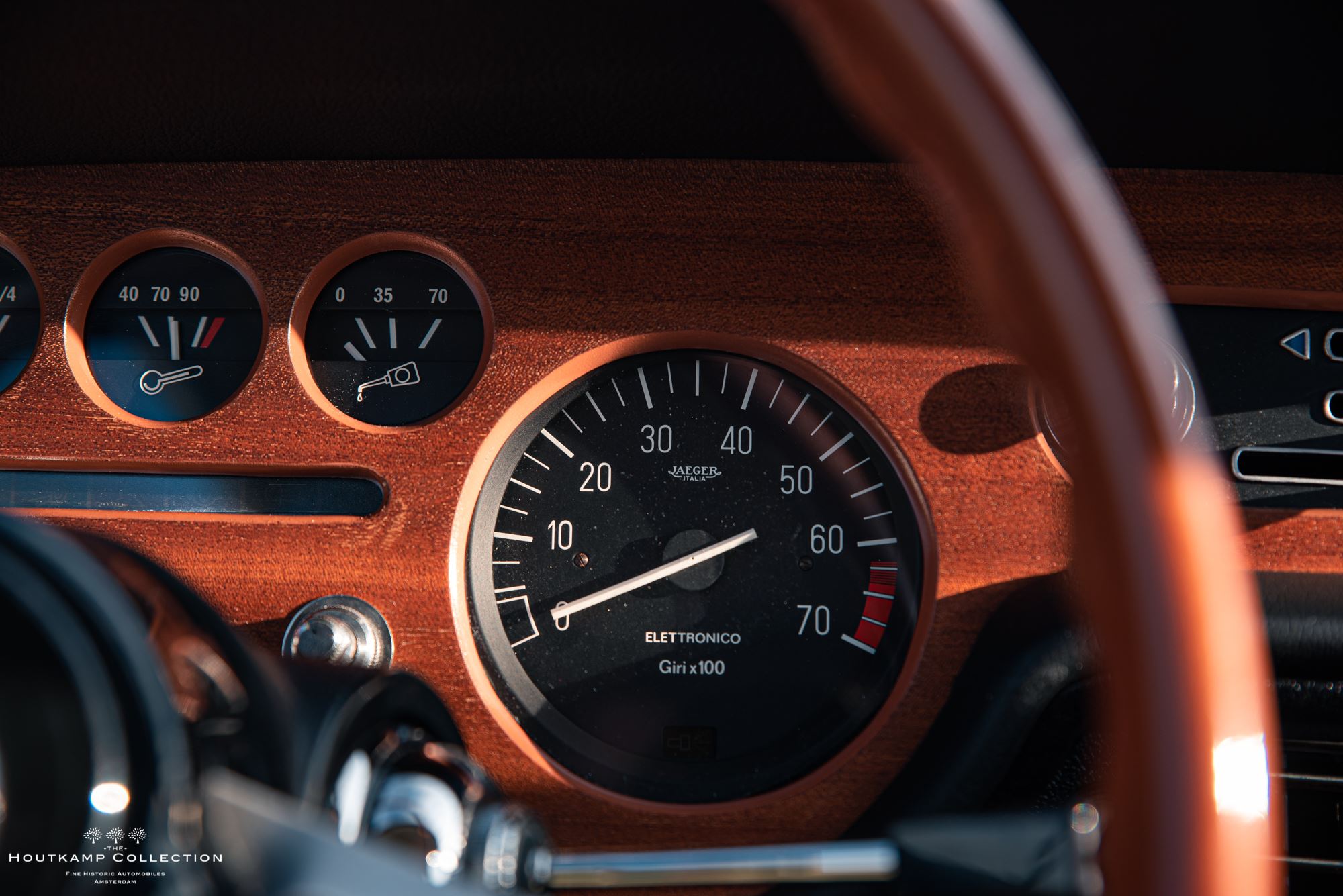 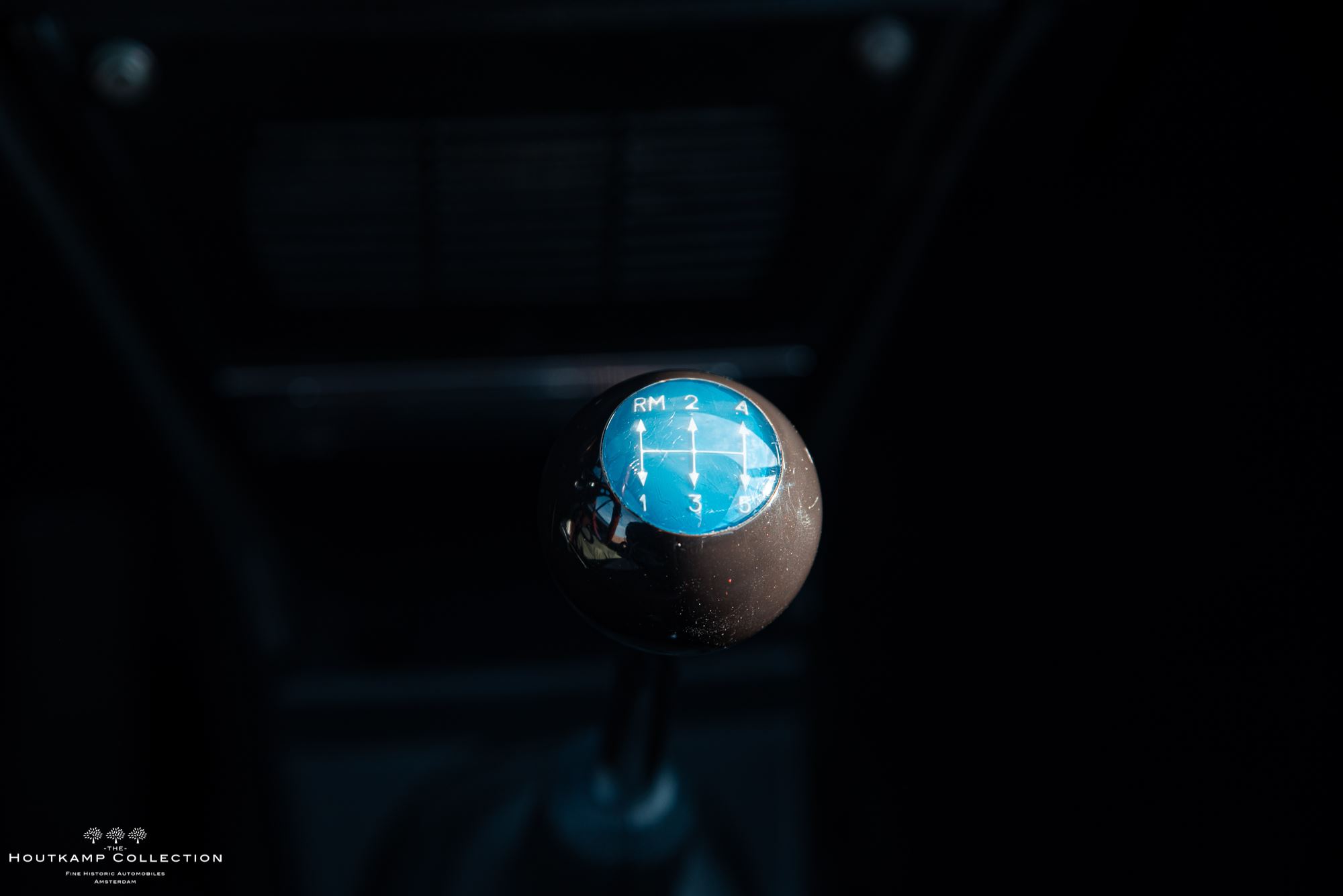 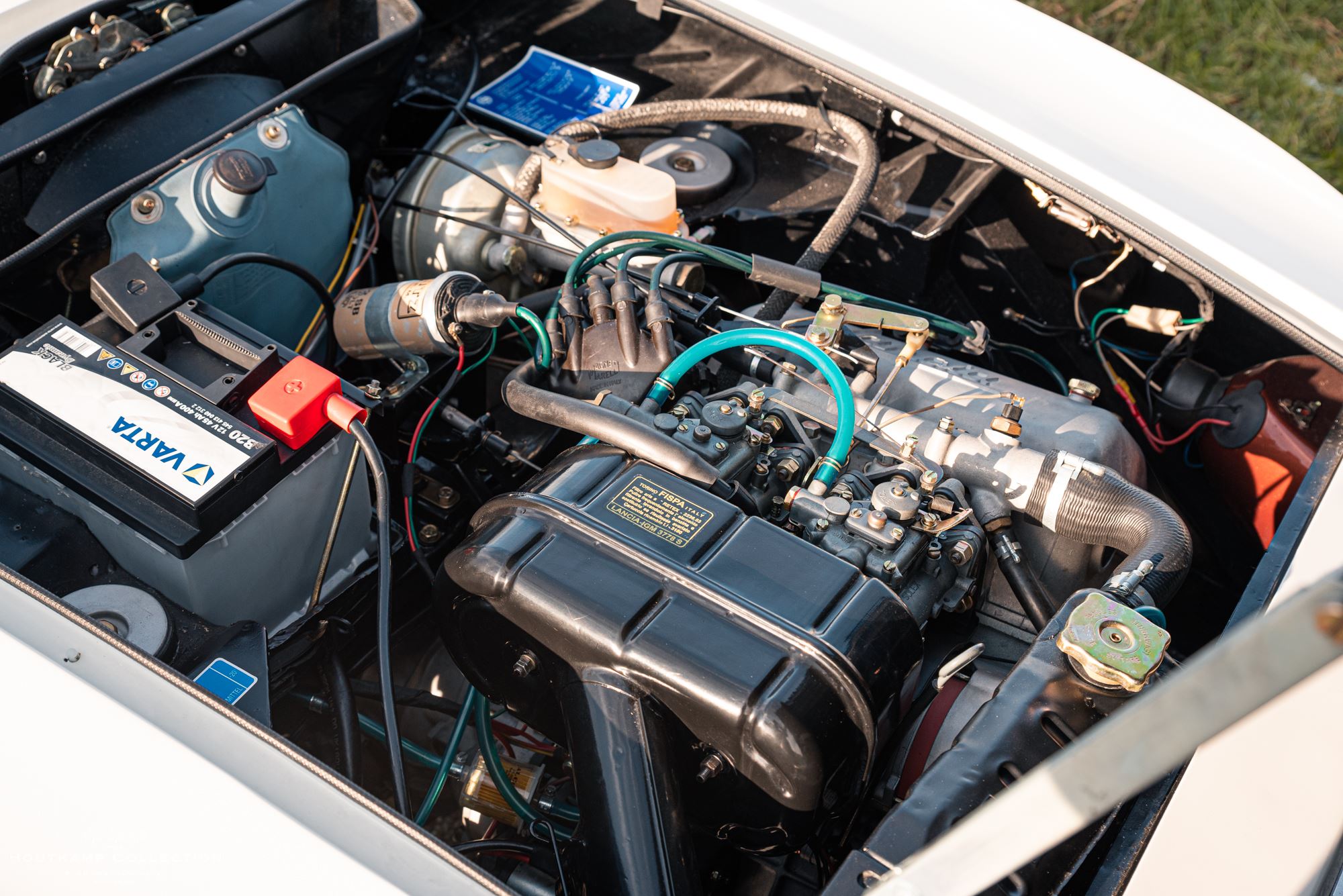 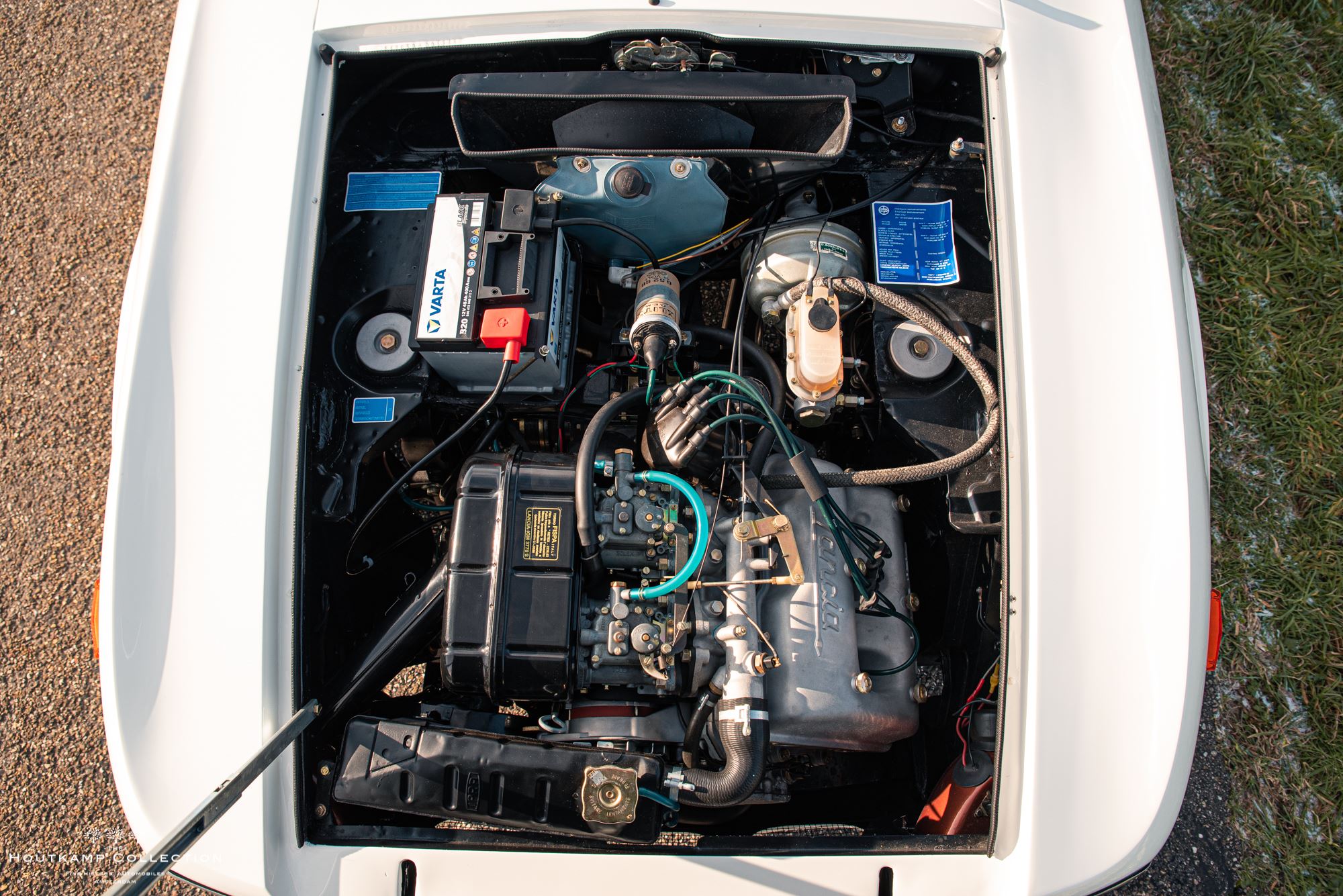 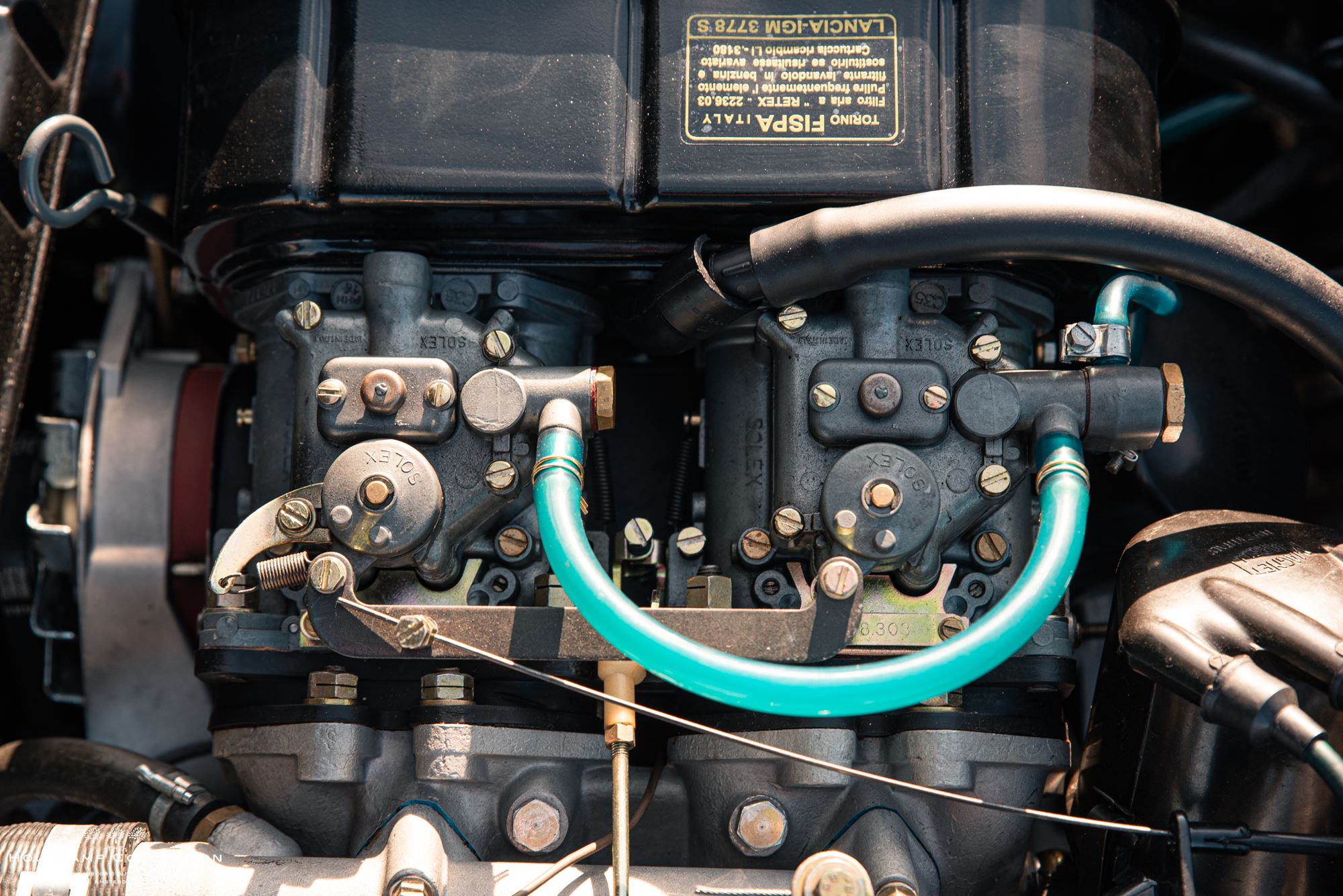 Lancia’s Fulvia was introduced at the 1963 Geneva Motor Show and built through to 1976.

It was named for the wife of Roman politician Marc Anthony, who was an influential figure in the power struggle that followed the death of Julius Caesar.

Three body styles were offered, a four-door berlina on a 97.6-inch wheelbase, which provided comfortable seating for four.

A shorter 91.7-inch wheelbase that bore a coupe body style.

The Sport Zagato was the last “evolution” of the Flavia after the Coupé Pininfarina and the Spider Vignale, and Zagato’s prototype was presented at Geneva Auto Show in 1962, while the final version of the car came just a few months later at the Turin Motor Show.

Carrozzeria Zagato was founded by Ugo Zagato, a craftsman with aluminum, in Milan in 1920. The Appia Zagato, Appia GTE, Aurelia 2500, and Flaminia Sport were iconic styles for the Turinese automaker, and all were bodied by Zagato.

By the 1970s, the popular Lancia Fulvia Sport and Beta Spider were a mainstay of Zagato’s business.

The face lifted Coupes and Sports, Series II, were launched at the Turin Motor Show in 1970. Changes for both included a new 5 speed gearbox and an upgraded brake system using larger Girling calipers with servo in place of the Dunlop brakes.

The Sport Series II 1,3 S by Zagato , became a 2+2 and was now made of steel welded to the monocoque for more rigidity.

Lighter and more nimble than the standard-bodied Fulvia, the Sport distinguished itself in competition, particularly in long distance events.

Ex-works HF rally cars aside, the Sport Zagato is the most desirable and collectible of all the Fulvias and undeniably one of the most striking designs of its era.

This left-hand drive Fulvia Sport Zagato is one of a kind. It will be very hard or probably even impossible to find a nicer restored example.

The entire car has been restored from bottom to top without looking at any expenses.

The costs of the restoration have been much higher then the current price of the car.

This wonderful Fulvia is finished in a very chic combination of Cream white with a beautiful contrasting Brown leather interior.

This specific example was built during a transitional period in which the first 600 examples were fitted with 1.3-litre ‘S’ engine (93bhp, 181km/h), keeping the outward appearance of the Series 1 but with five-speed gearbox, wider wheels, and a true 2+2 accommodation.

The Lancia was first registered in Germany in 1971.

In 1982 the was registered in Italy in Catania.

When discovered by a Lancia collector and restorer in Italy in 2017, the car was fully complete but in need of technical and optical attention.

Fully in love with this Fulvia Sport , the new owner commanded a total nut and bolt restoration whereby every single part was restored on the highest quality possible.

Other owners/collectors would have opt for a different approach whereby the value of the car should have been kept in mind.

During this restoration money wasn’t an issue and the costs must have been approximately double the price of the car nowadays.

The entire body was stripped and the paint was completely taken off. The car back to bare metal and completely restored. All chrome and aluminium parts where fitted before the car was sprayed to get the best possible fitting result.

The result is absolutely stunning in every single aspect, with perfect lines of the hatch back Zagato body, soft white finish, cosy dash and an inviting interior, all to original specifications.

The car has approximately 1400 Km since the restoration which was finished at the end of 2019.

The Lancia was part of a private and very nice collection in Belgium.

The car comes with a very beautiful and detailed restoration photo book.

Having been restored without looking at any expenses the Lancia is in an excellent condition.

The appearance of the car is beautiful and from a distance one can clearly see that this is a very impressive example.

The body of the car is super straight with beautiful door and panel gaps.

The paint has a very beautiful deep shine and is surrounded with chrome in an excellent condition. No scratches or damages can be found on the chrome and even the grille which is always a weak point on these cars is in an outstanding condition.

Other parts such as the glasses, rubbers and lenses are all in impressively nice condition.

The interior of the Lancia is in equally impressive condition. The Brown leather seats are in a beautiful/brand new condition.

The carpets are all new and in period correct material. Actually the entire interior has been restored with a lot of attention for details.

All key items in the interior such as the meters, gauges, knobs, emblems window handles, steering wheel etc. are in a beautiful restored condition.

Overall the interior has an excellent feeling.

This Lancia is simply fascinating in every respect.

Among all Zagato-badged cars, the Flavia Sport is perhaps the most singular entity and one of the lesser-known Lancias.

After a closer look, you can see that the “cut” starting from the grille continues through the headlights and runs along the entire side of the car; a stylistic choice that would evolve to be used several times by Zagato for future models.

The handling is excellent, as is the braking ability, and the security and the promptness with which the car responds to the turn of the wooden rim is addicting.

It’s not the fastest or the nimblest, but it just has the right feel, an ability to bely its shape and size with every corner or dodged pothole.

Mixed with the mechanical symphony of the very analog engine, the driving experience is engaging without being overbearing.

These period, coach-built motor cars are becoming more and more sought after and this rare example seems very reasonably guided considering the amount of time, money and love invested in it.

This wonderful example is a rare opportunity to buy a Zagato masterpiece that can surely be appreciate in value in the future.

This beautiful Fulvia is ready to please its new owner and Zagato connoisseur.