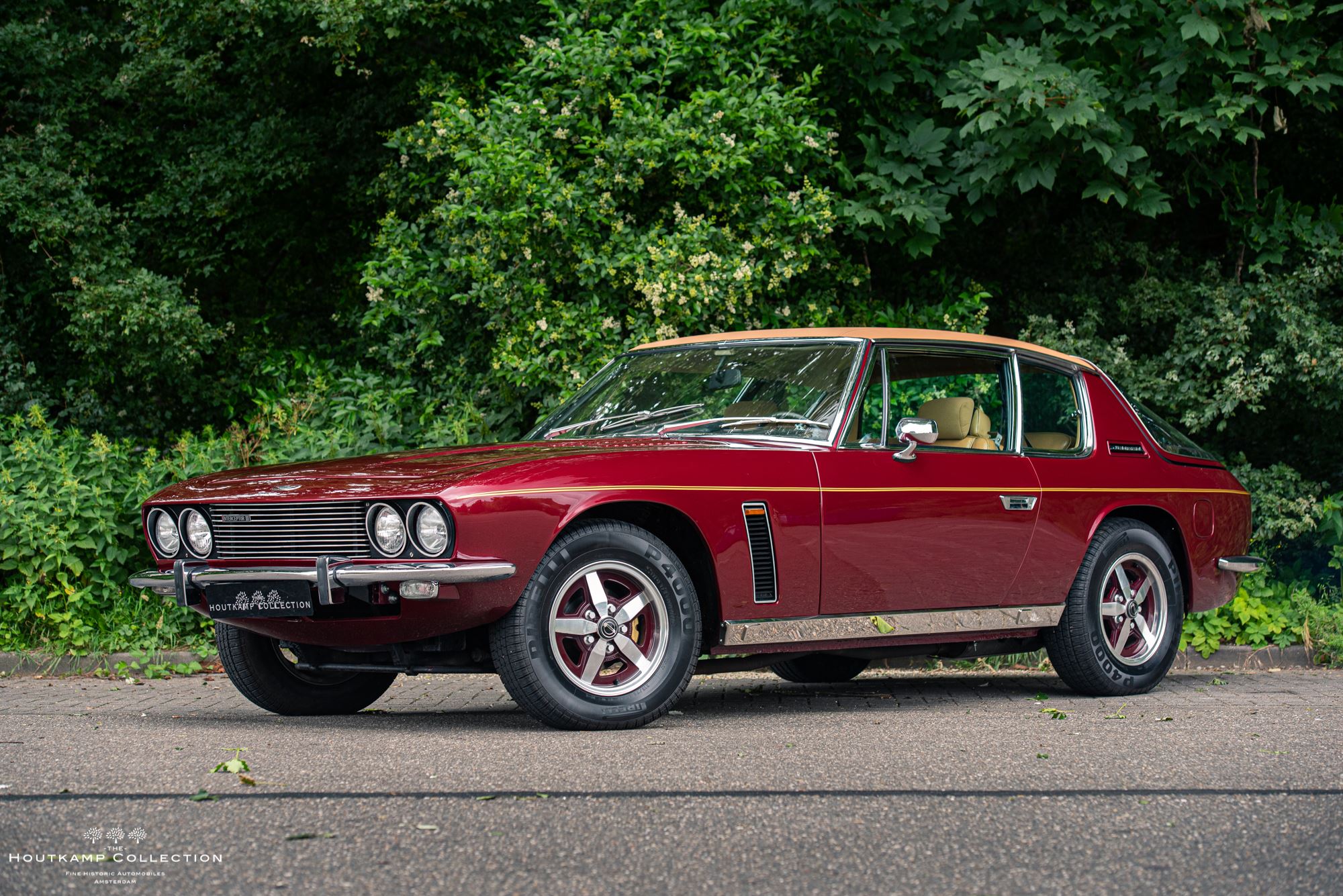 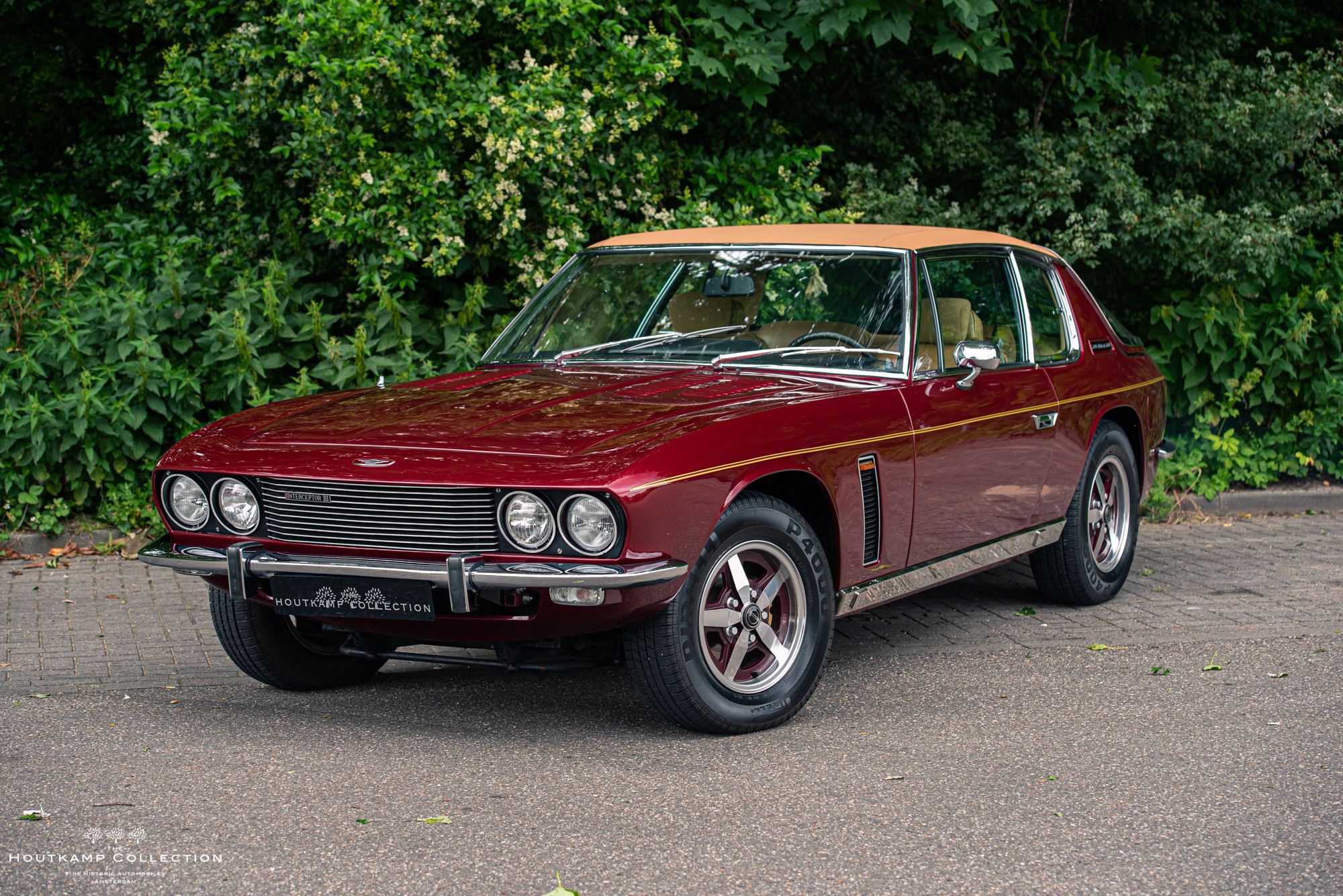 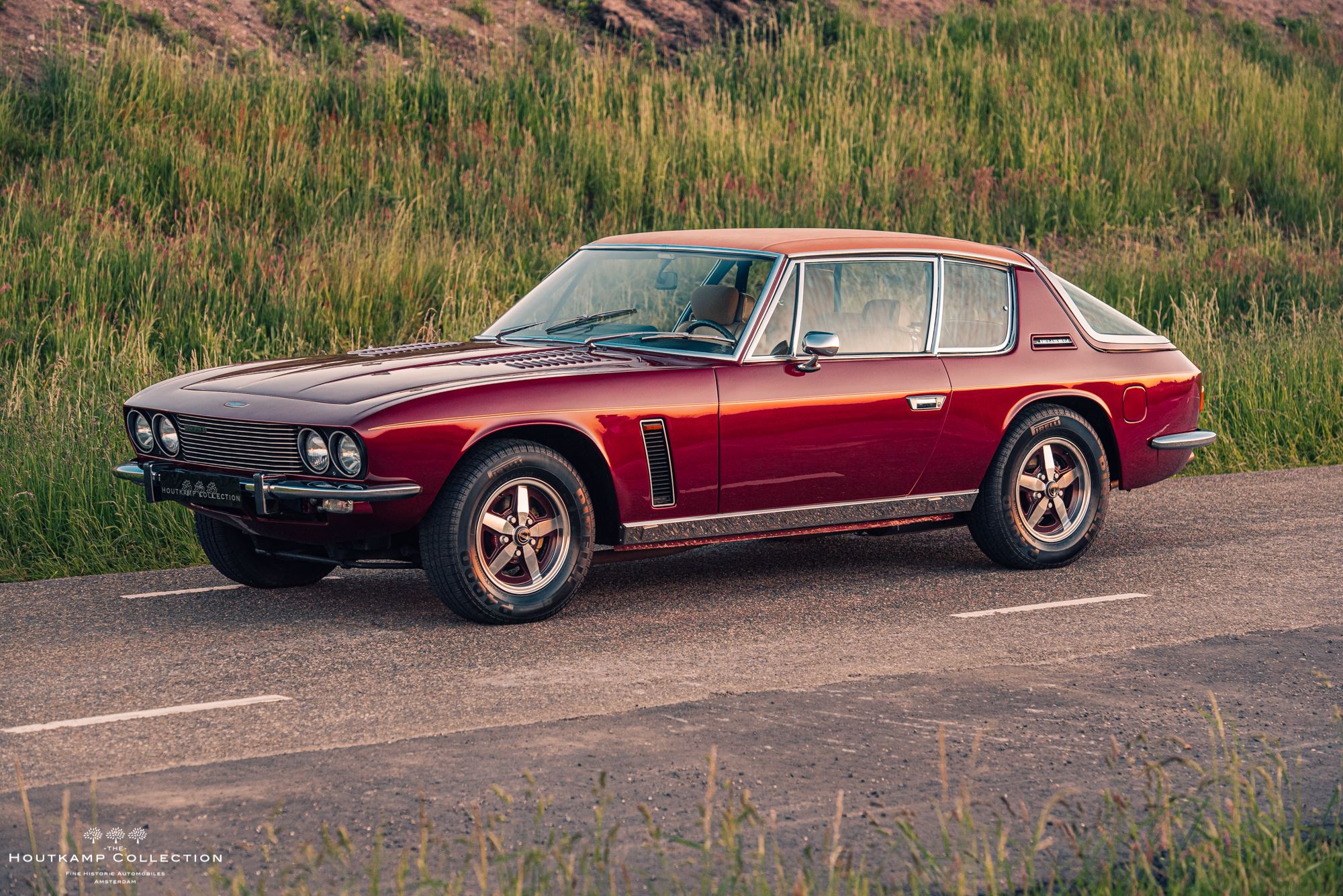 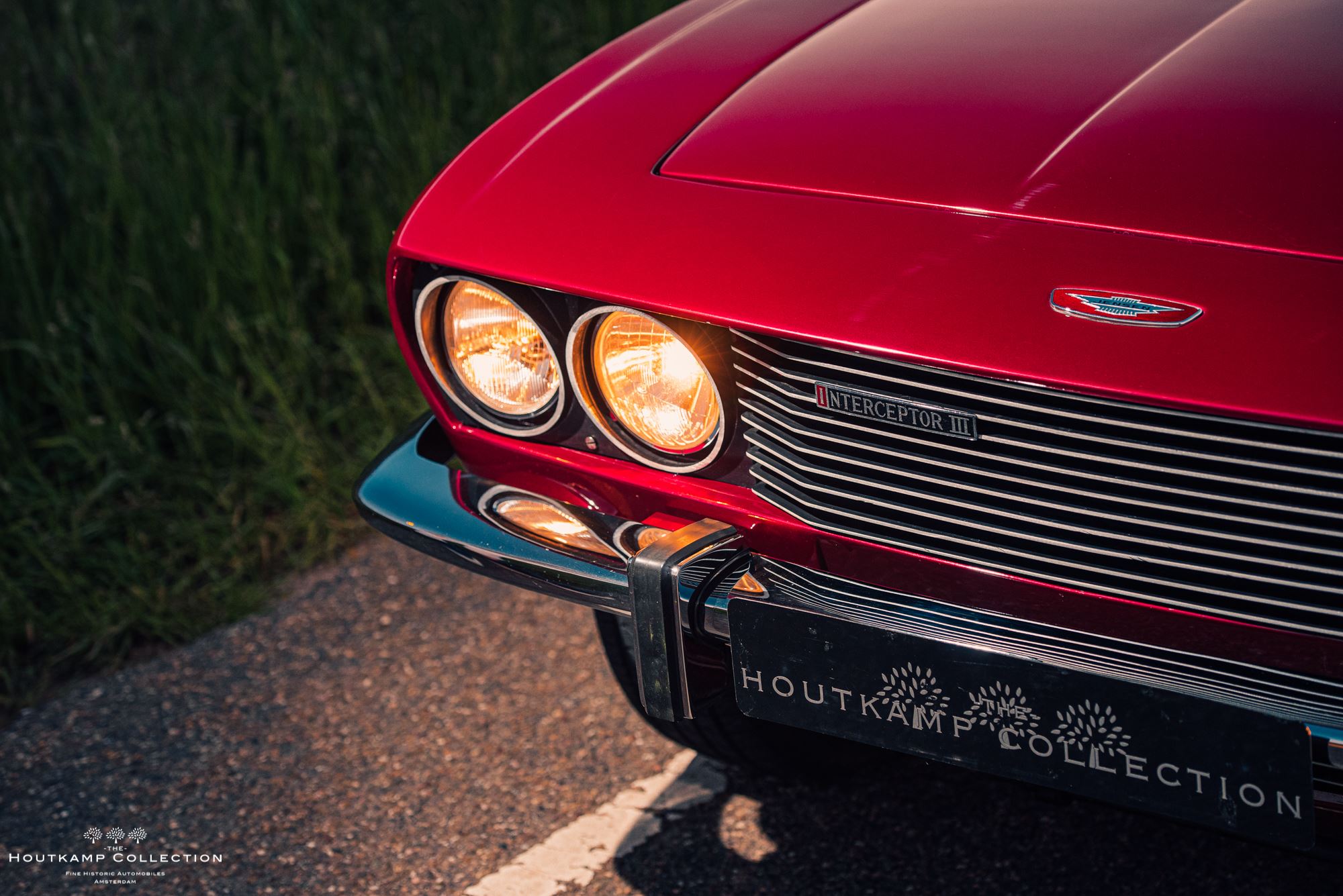 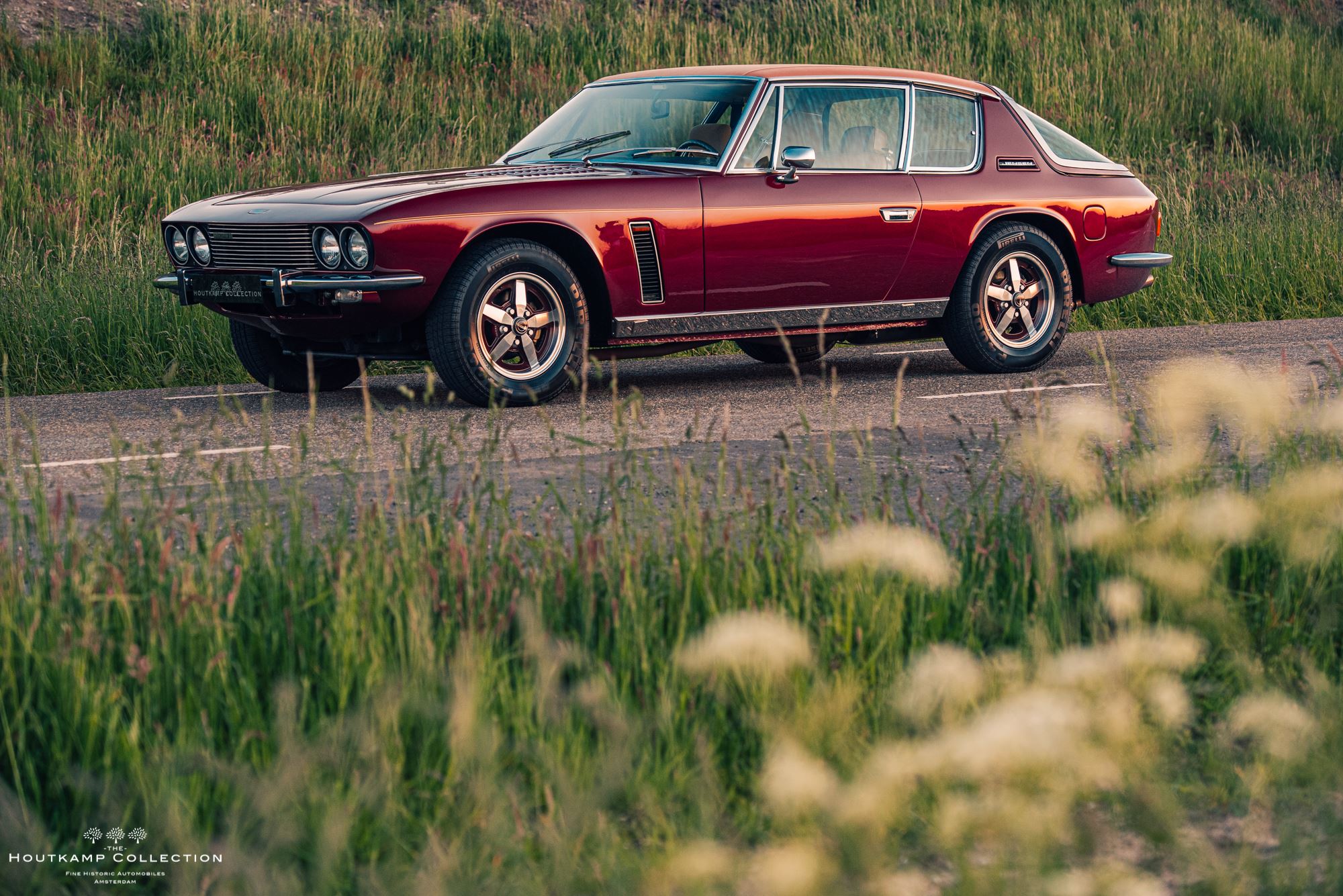 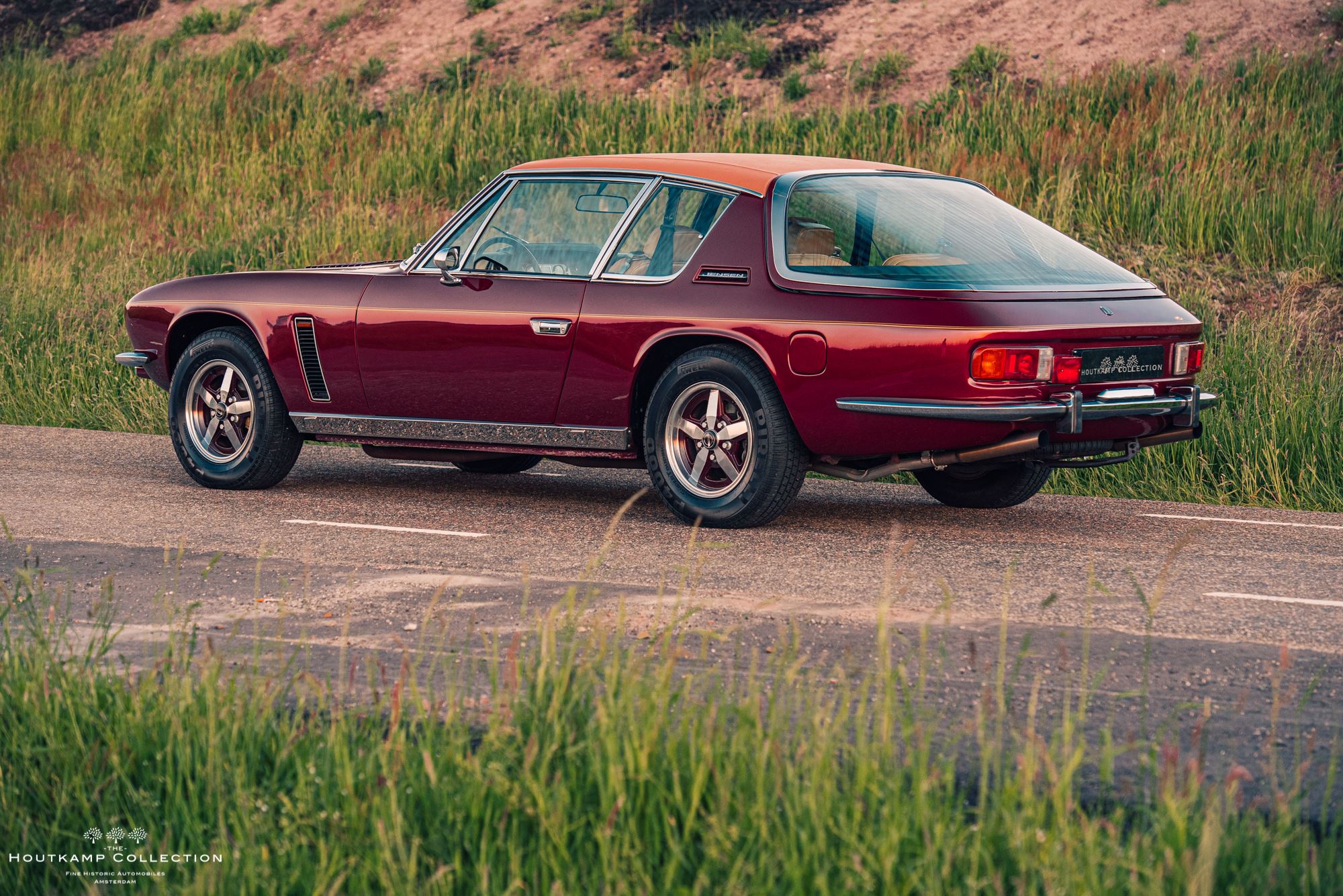 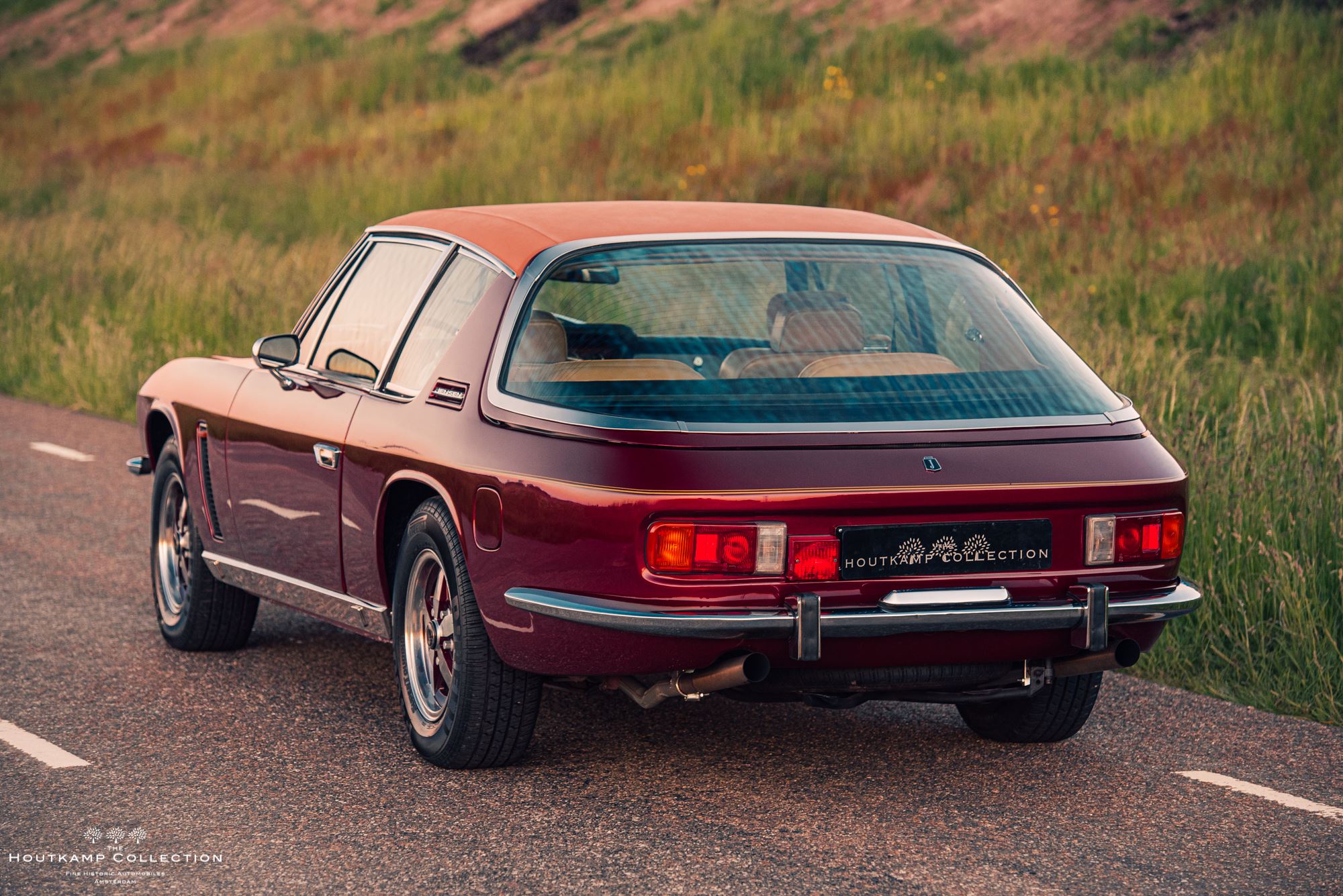 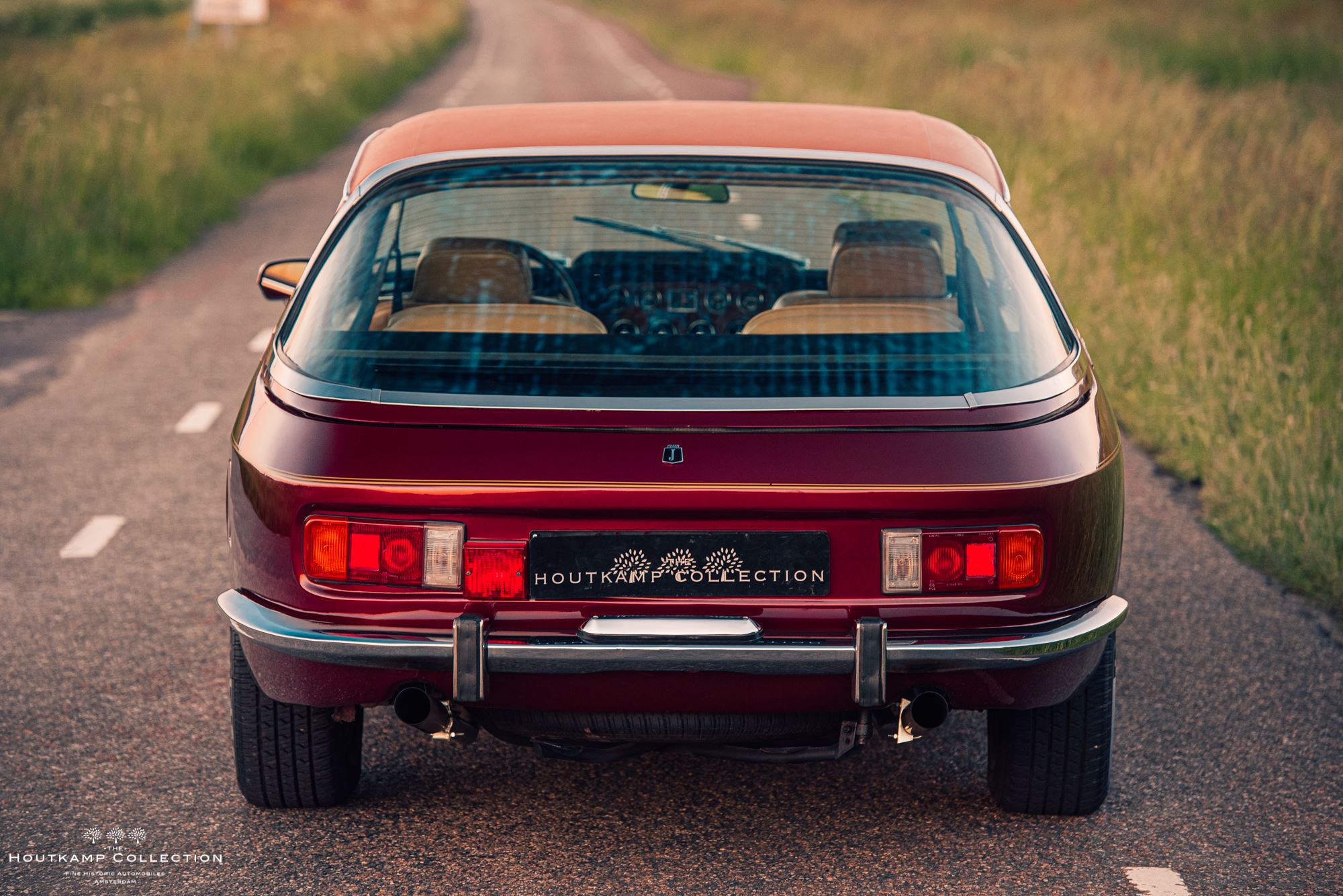 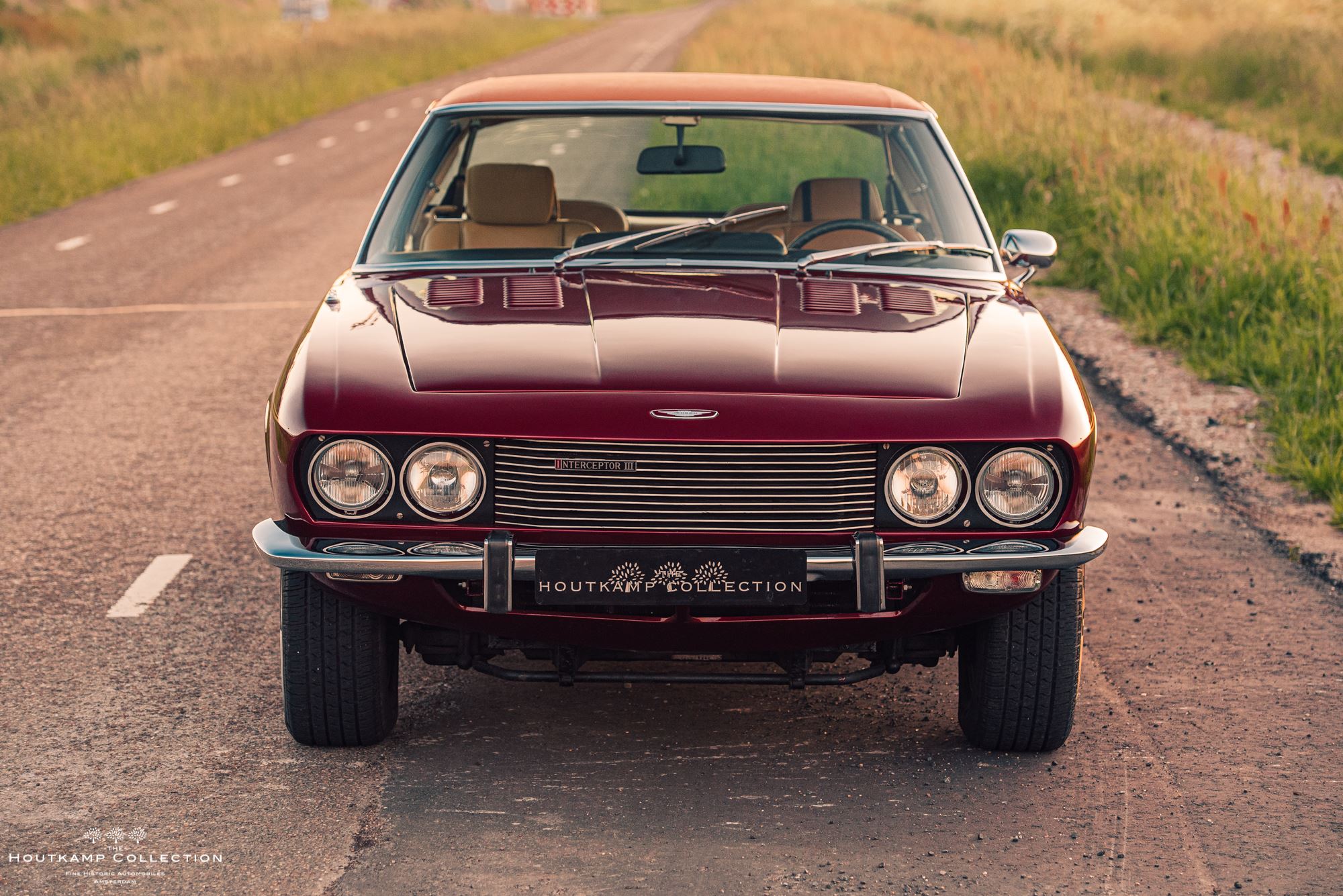 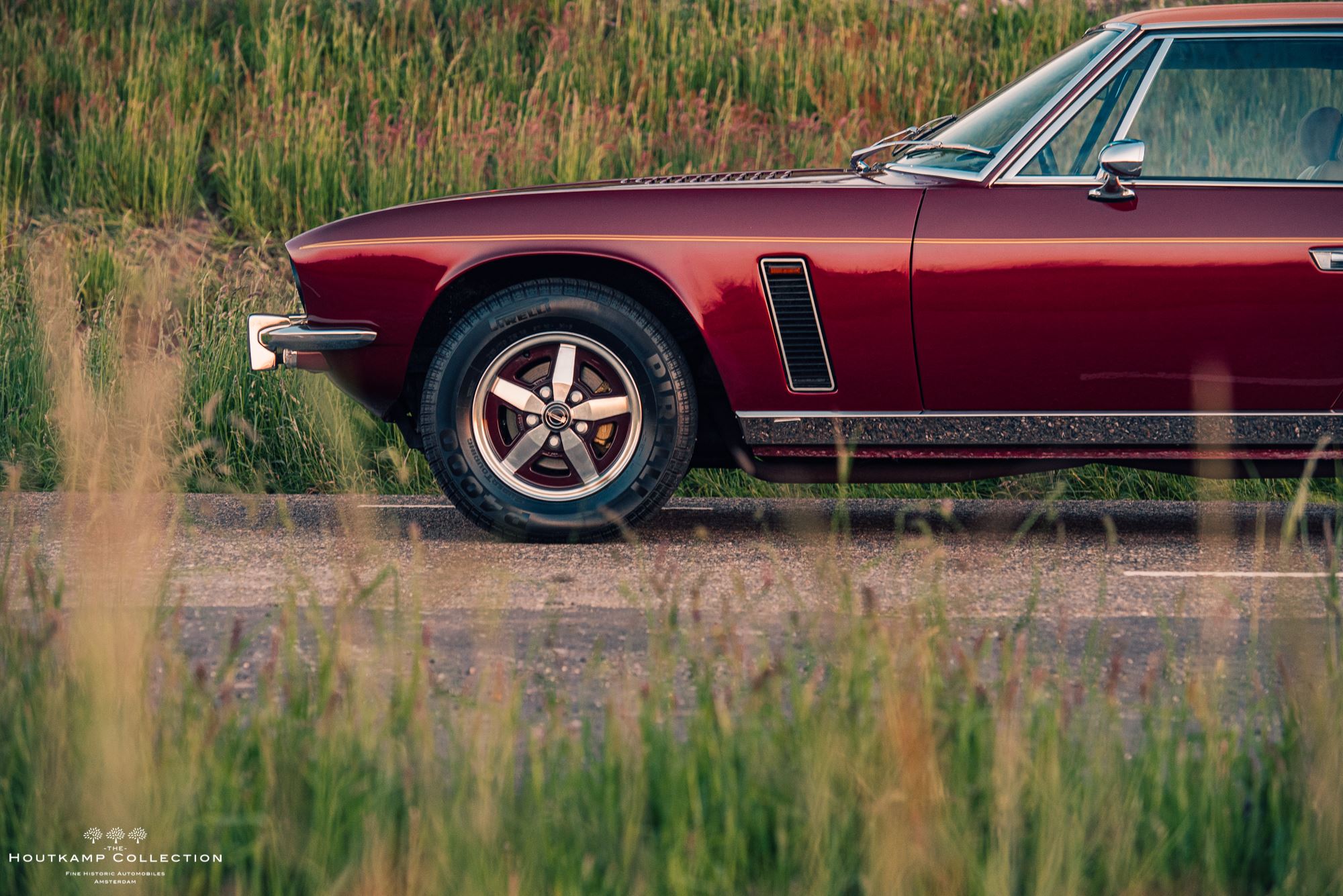 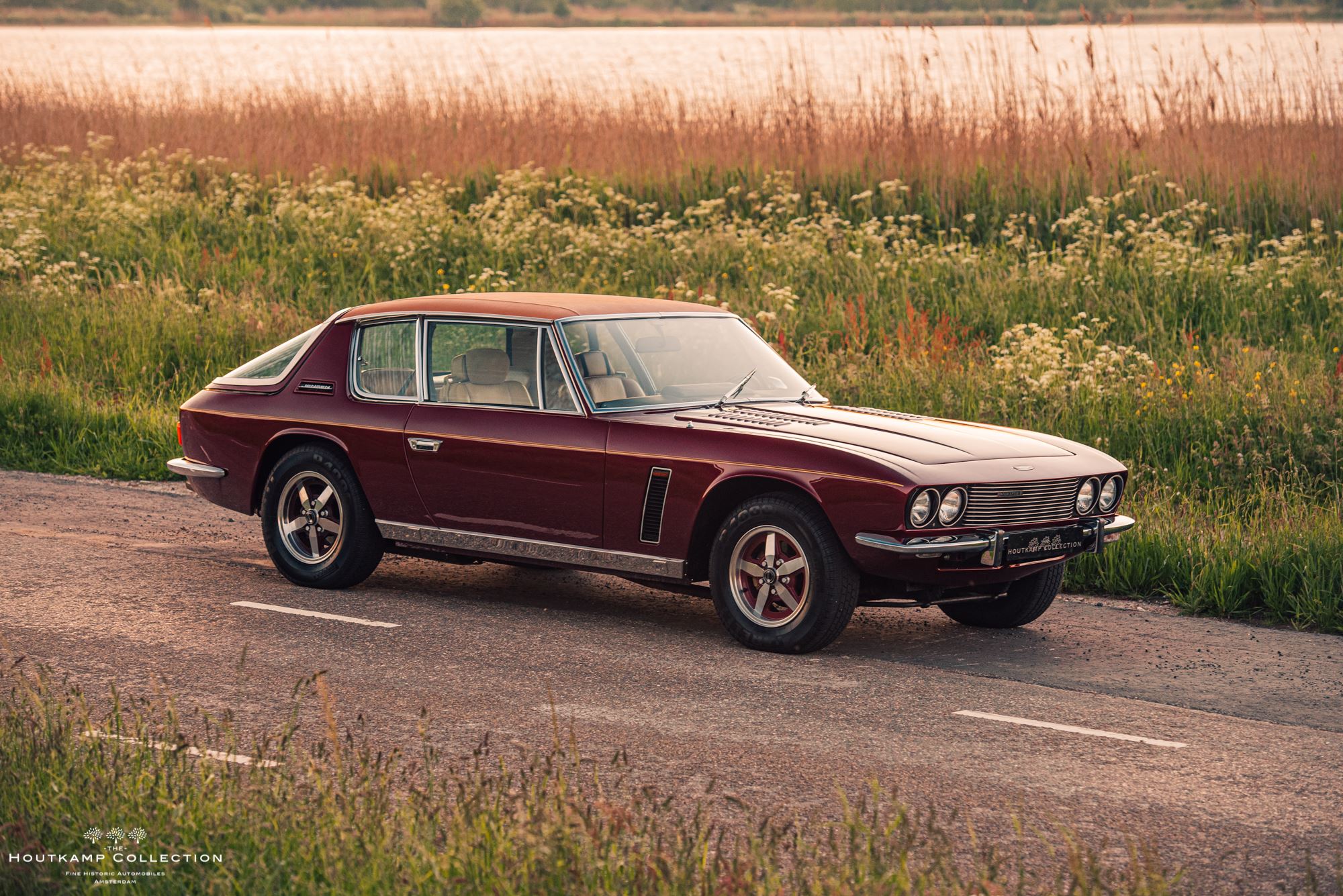 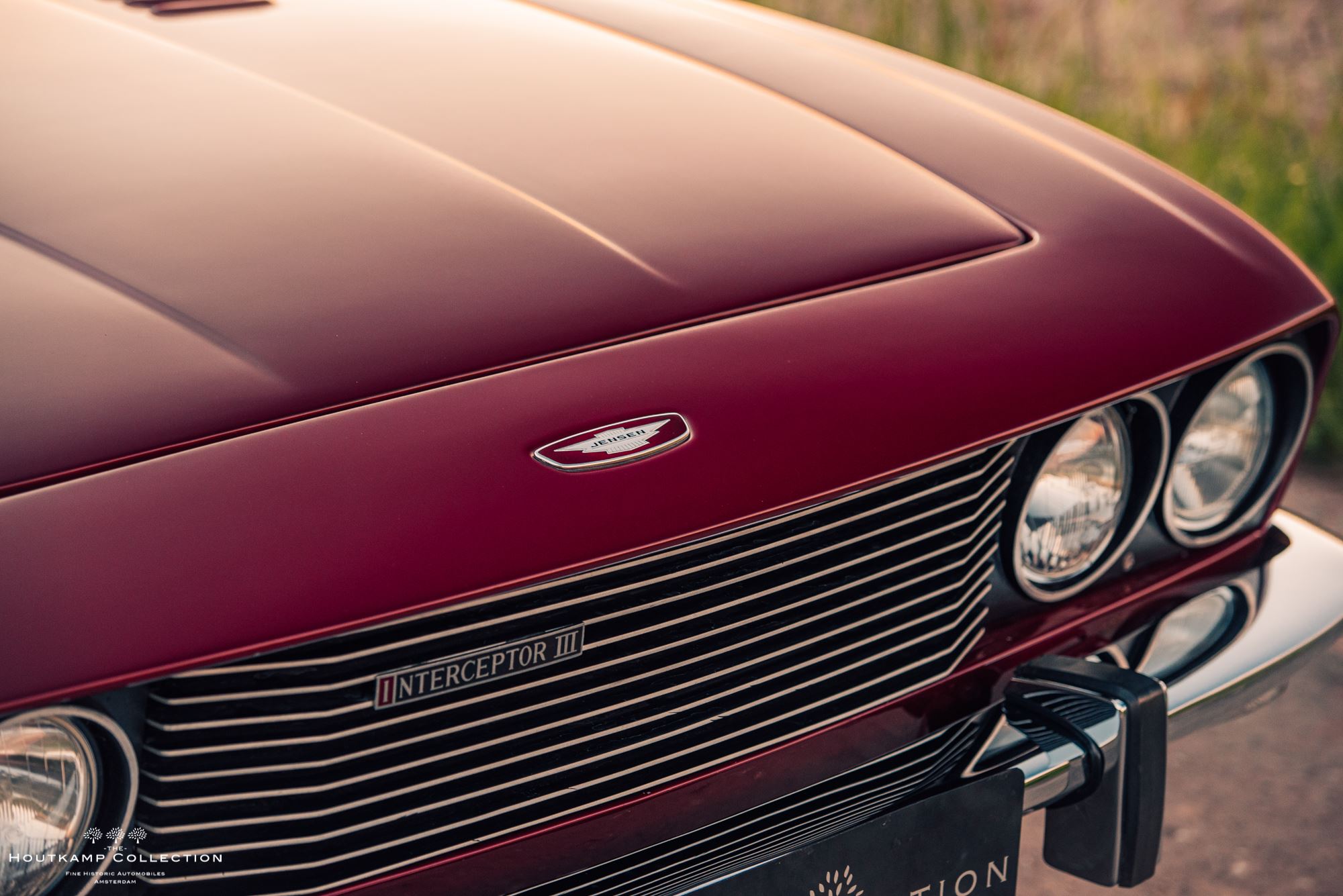 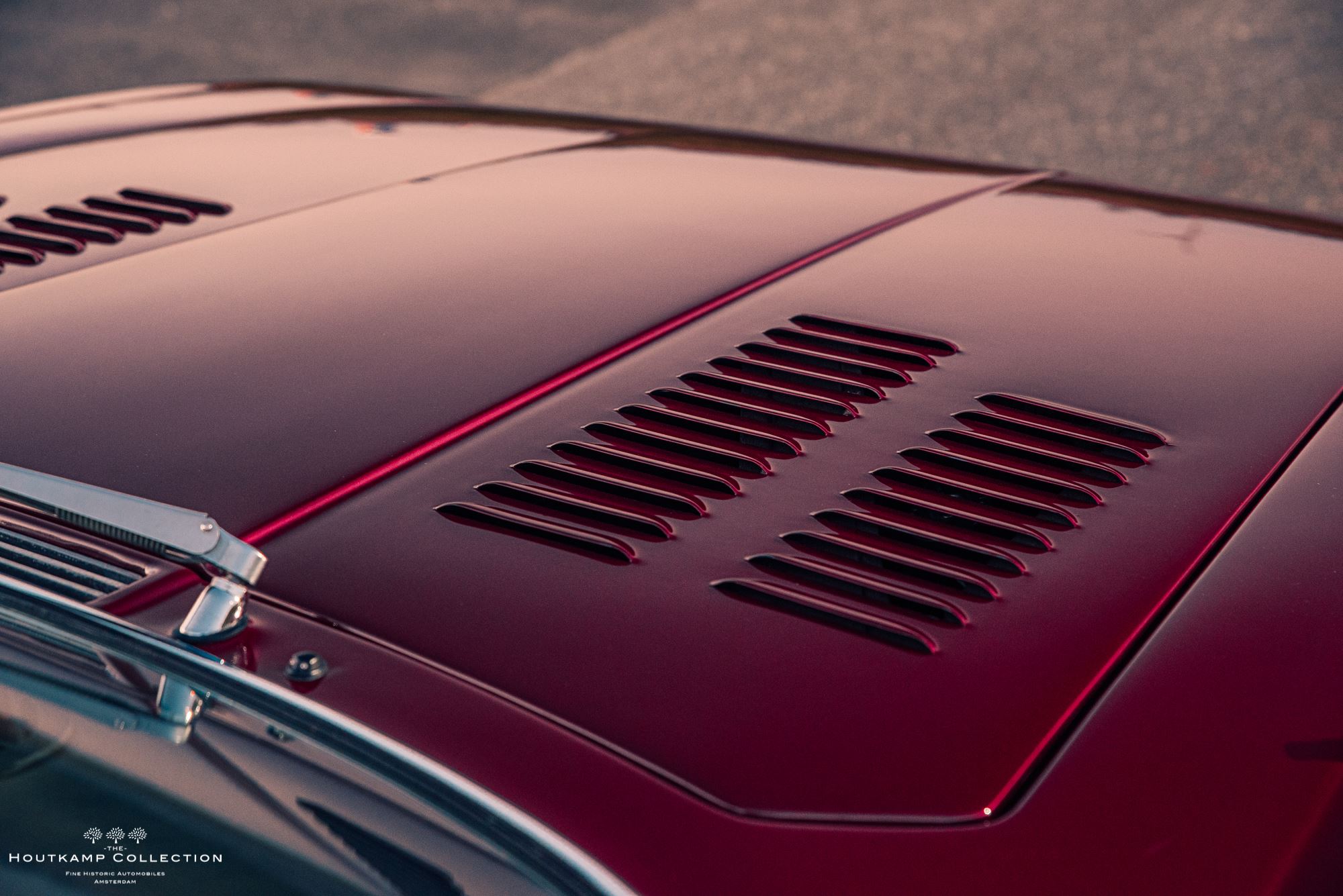 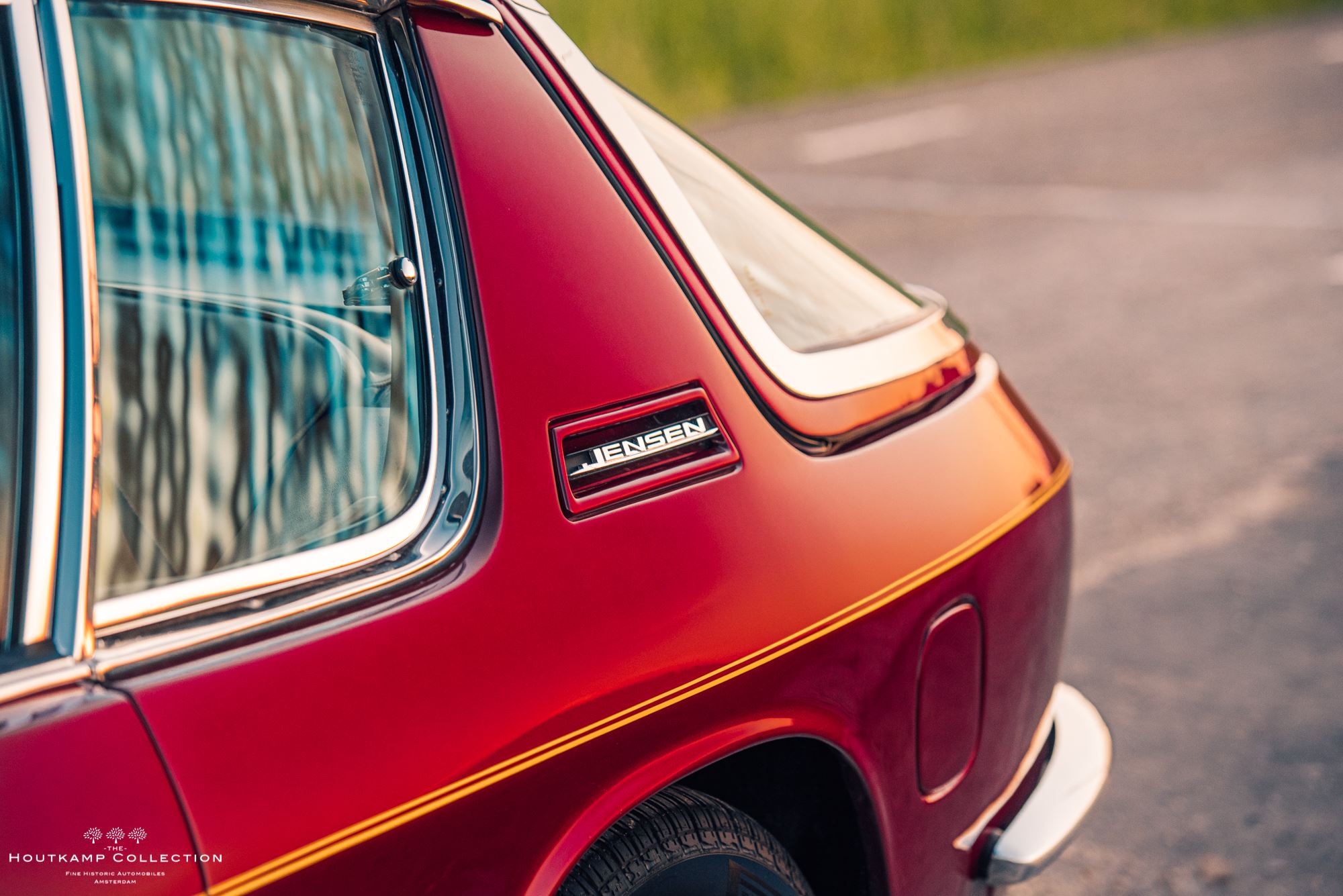 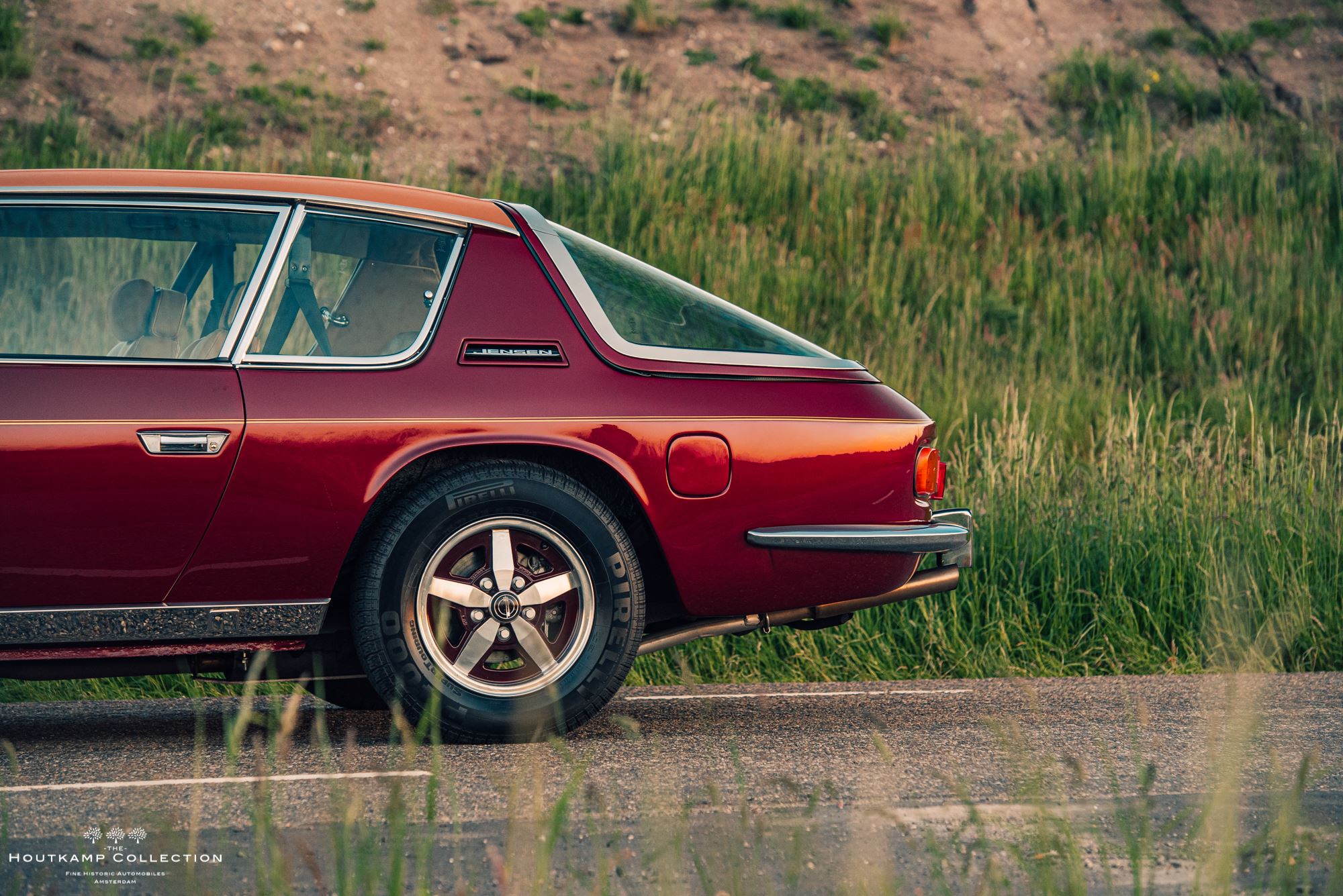 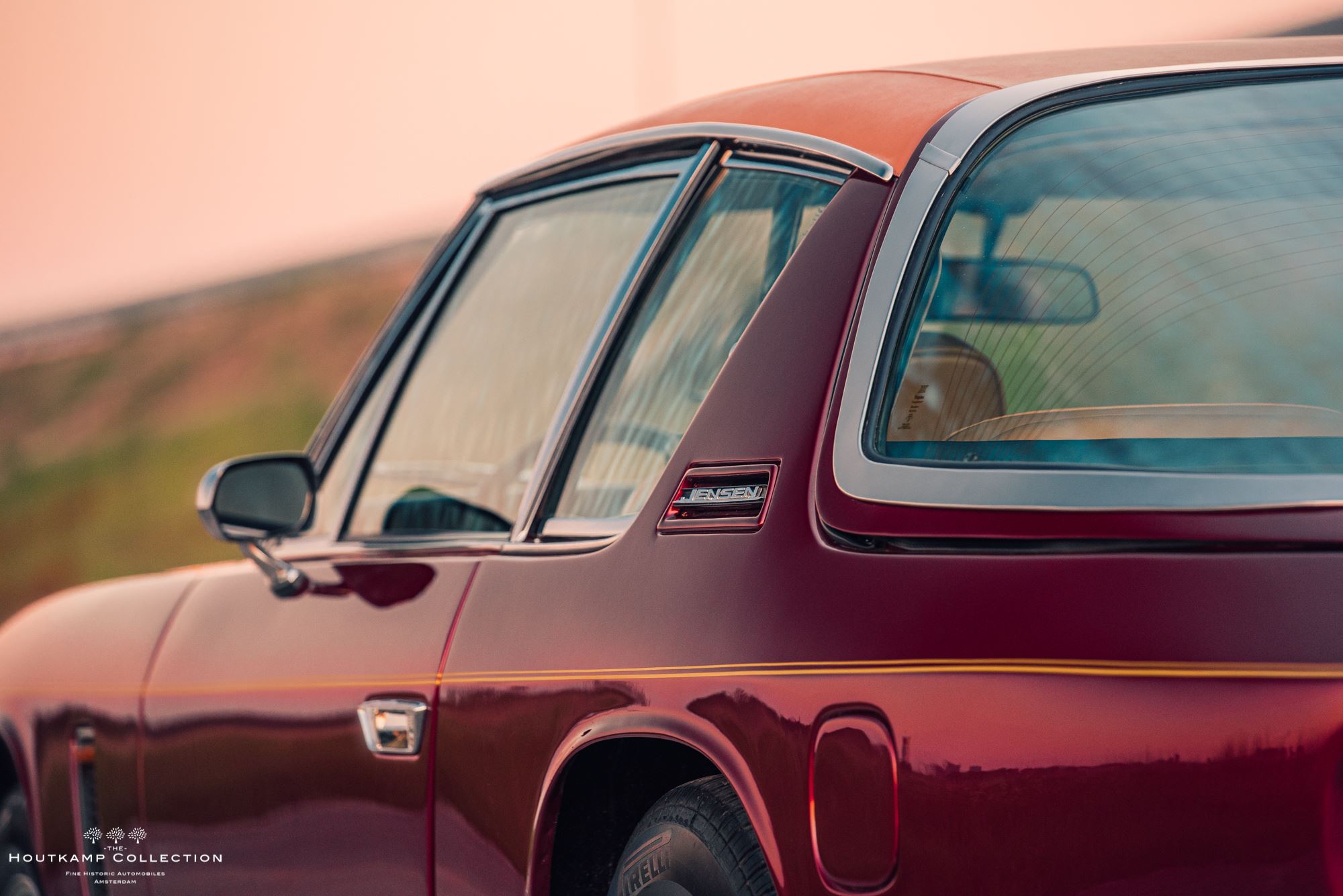 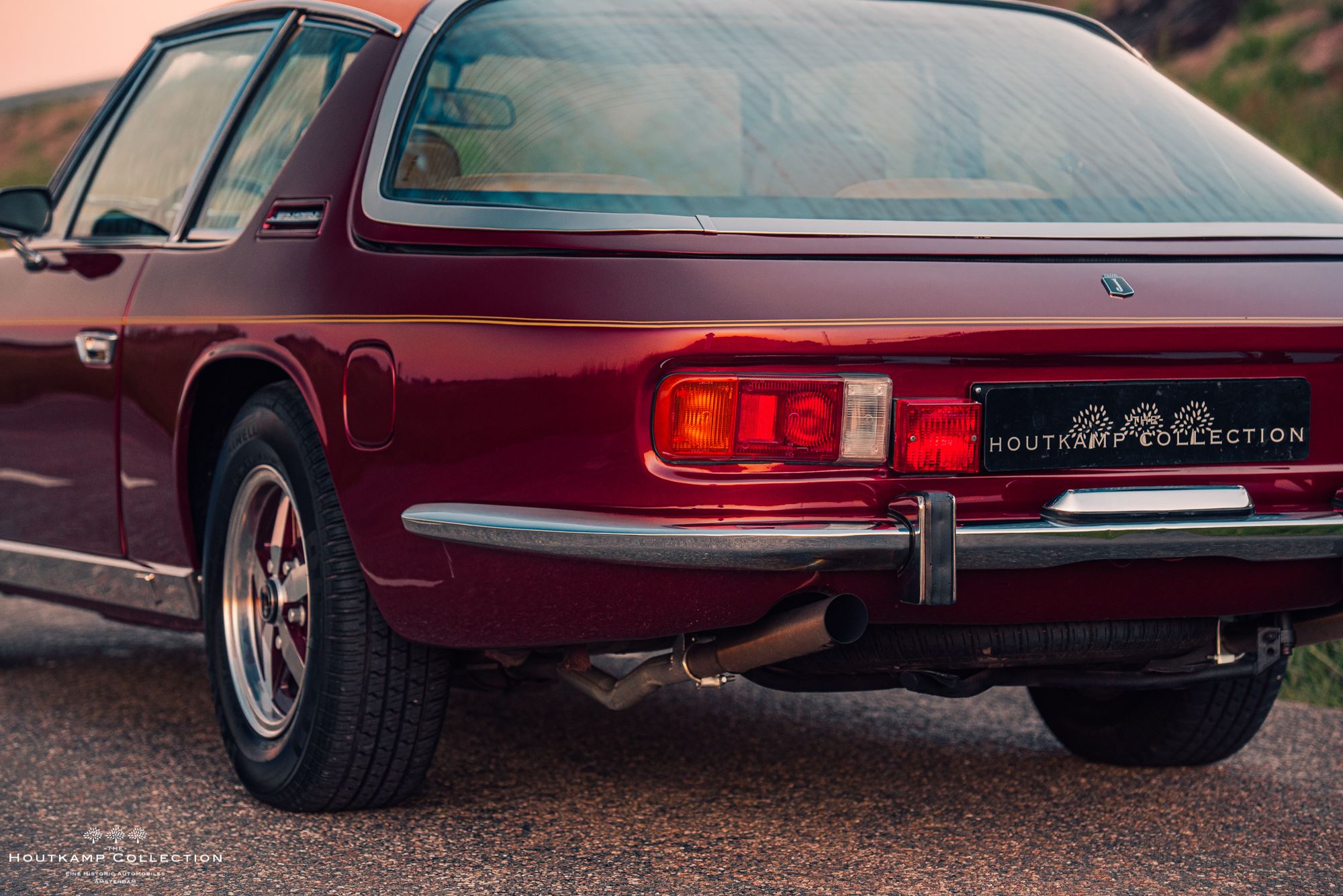 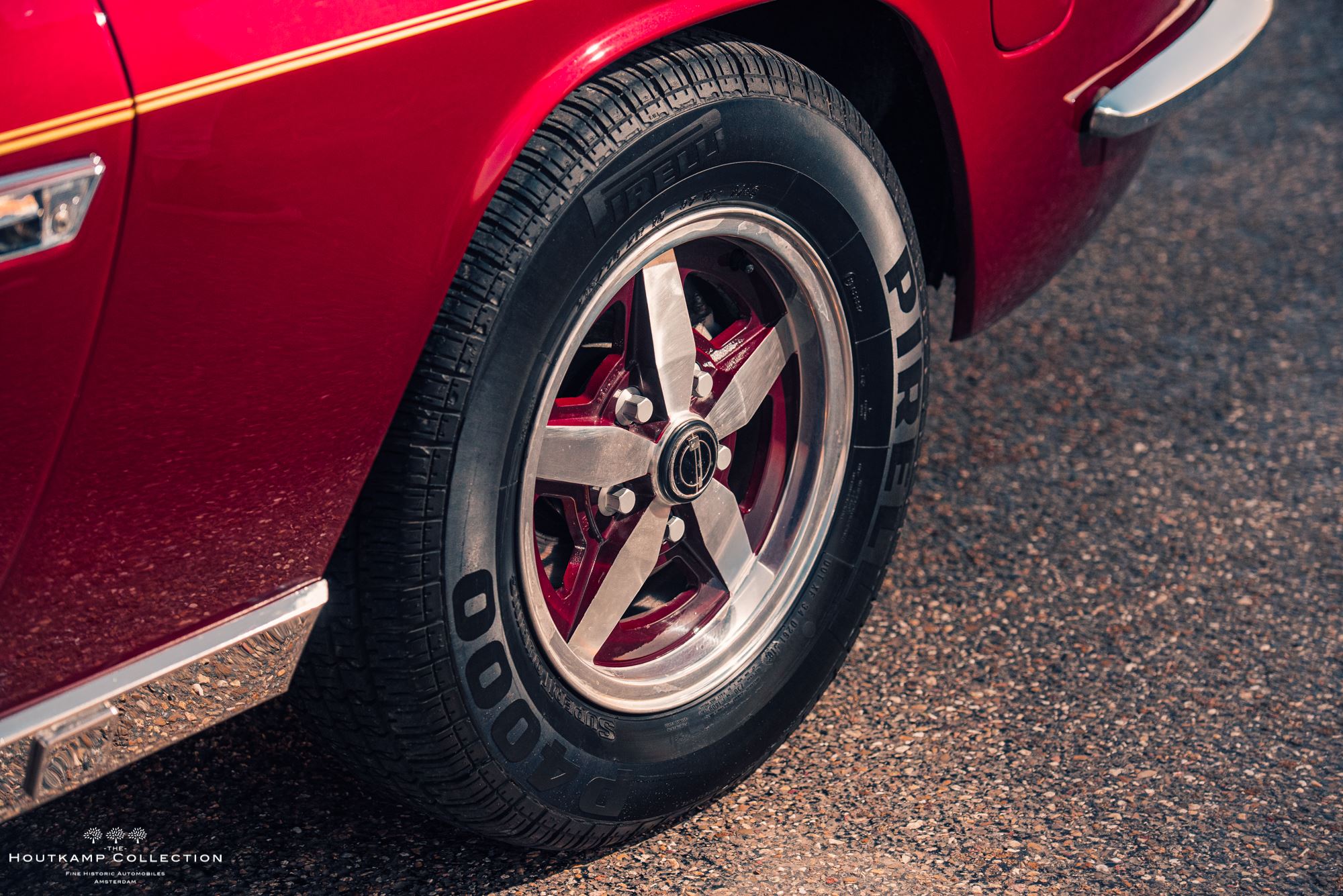 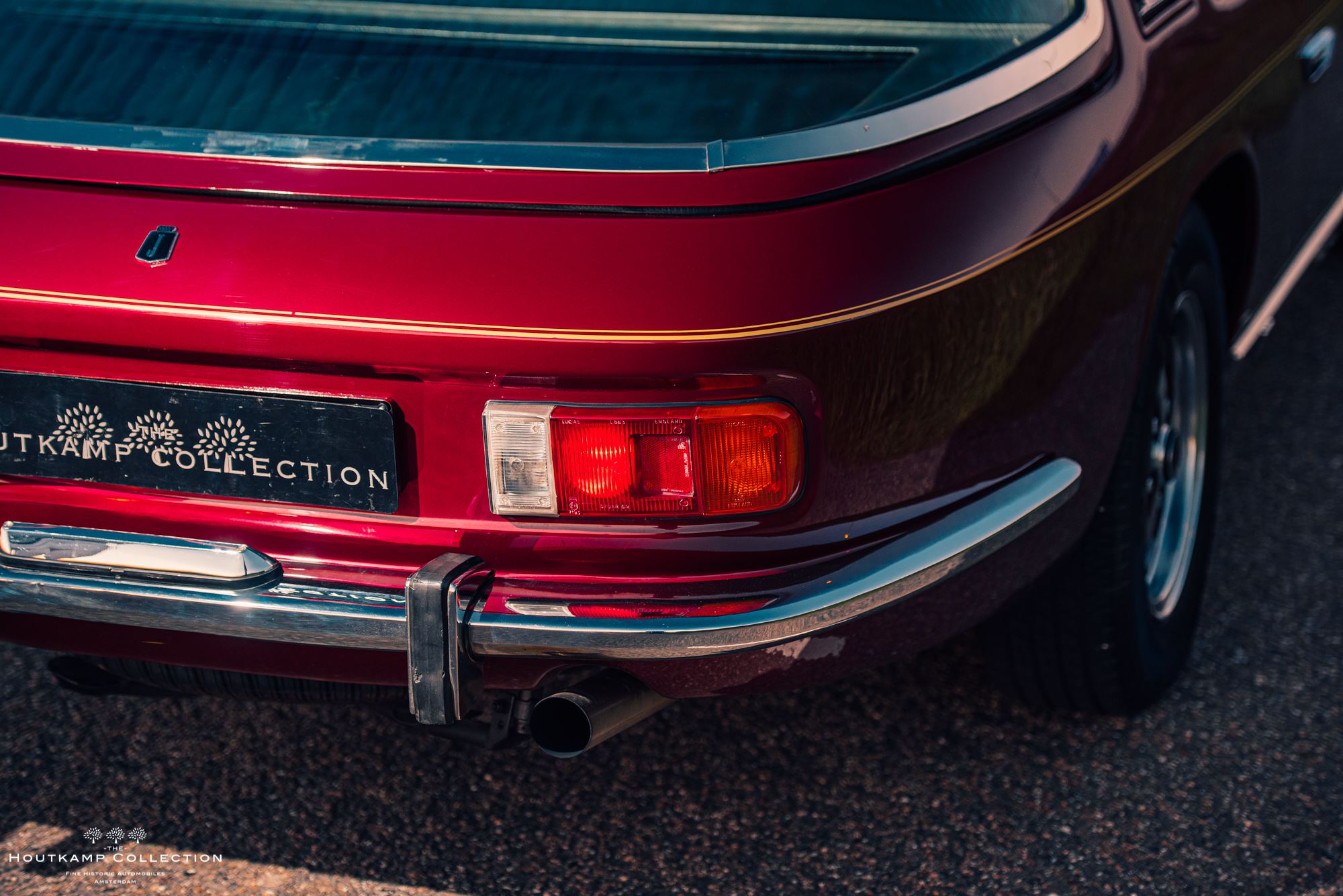 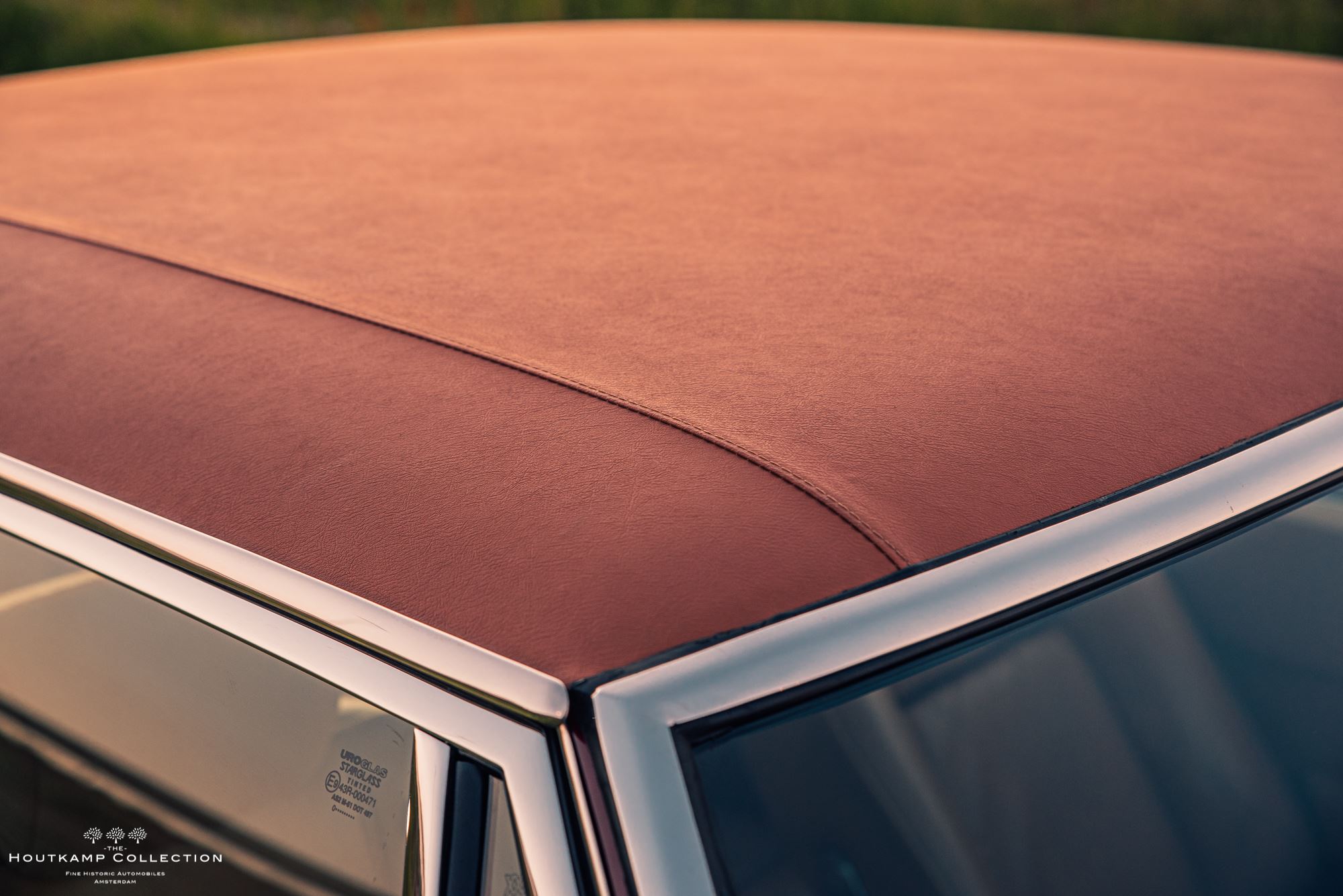 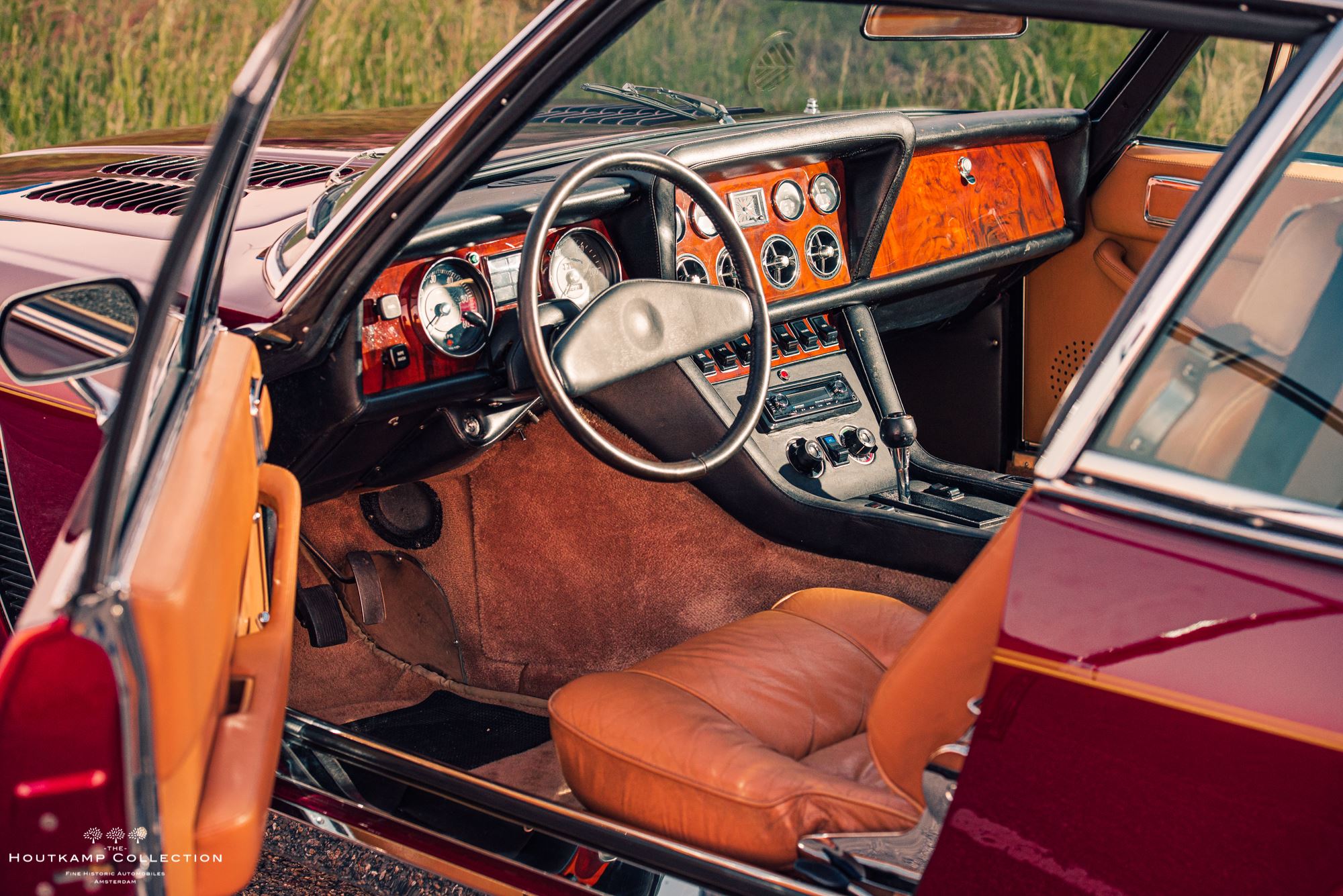 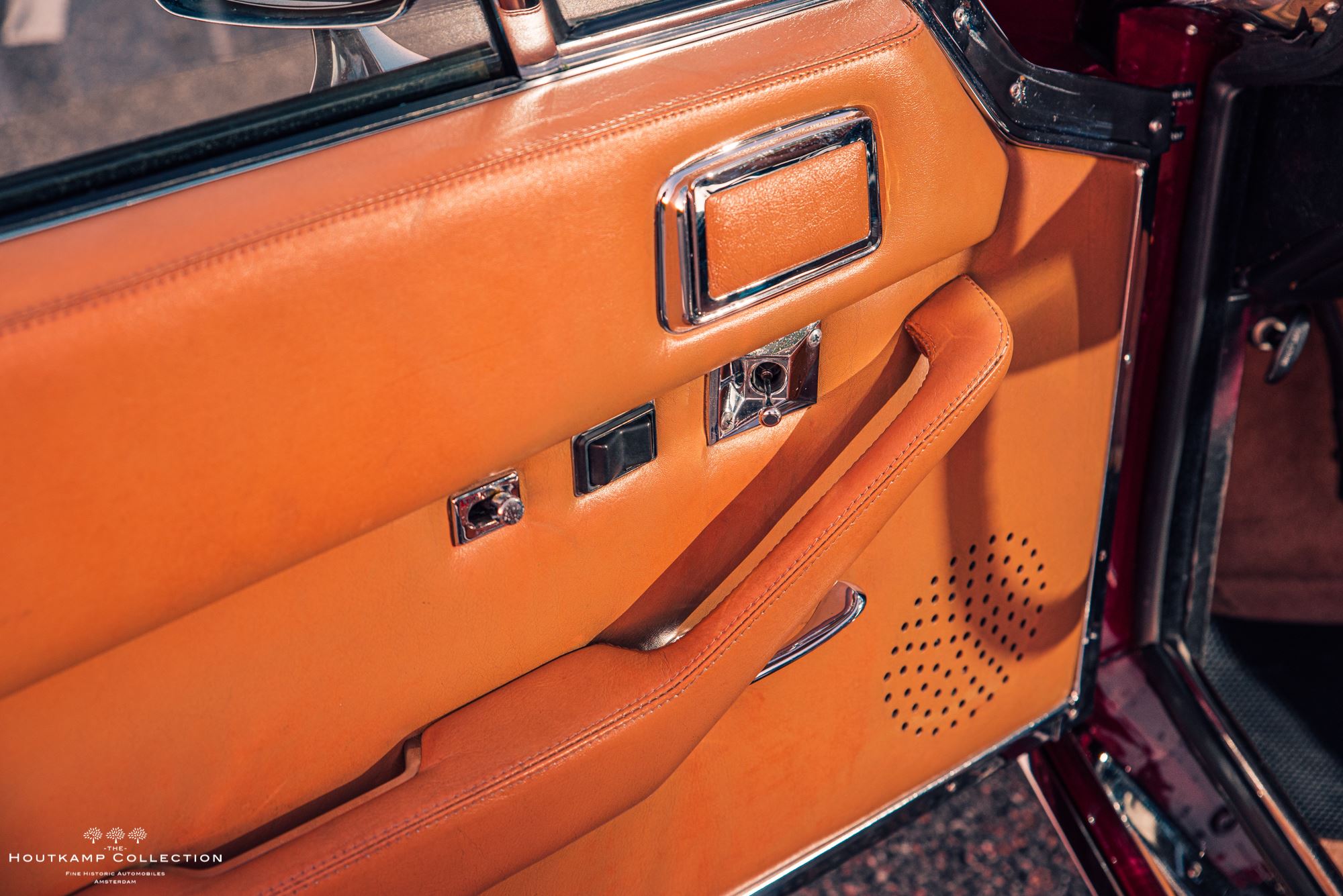 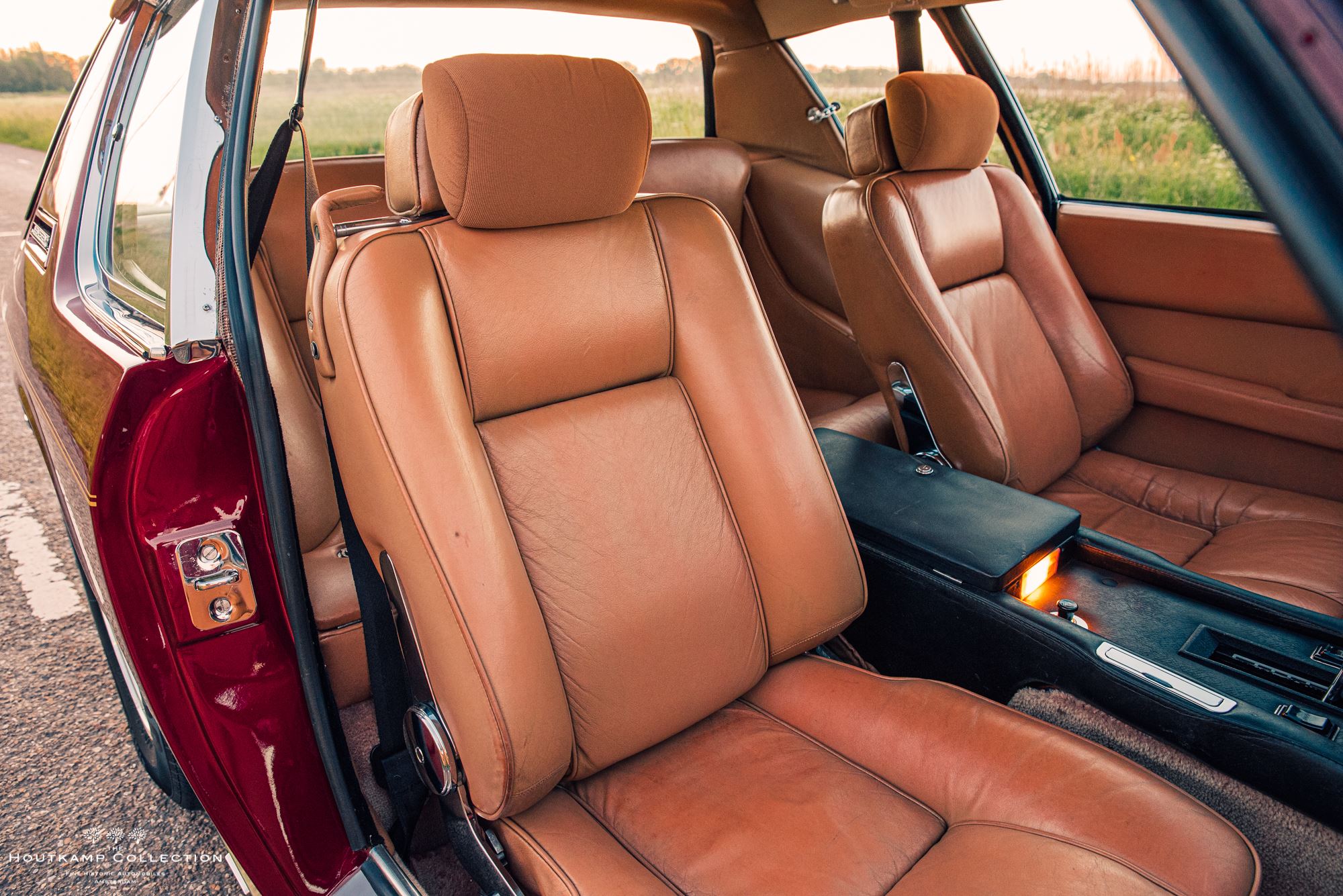 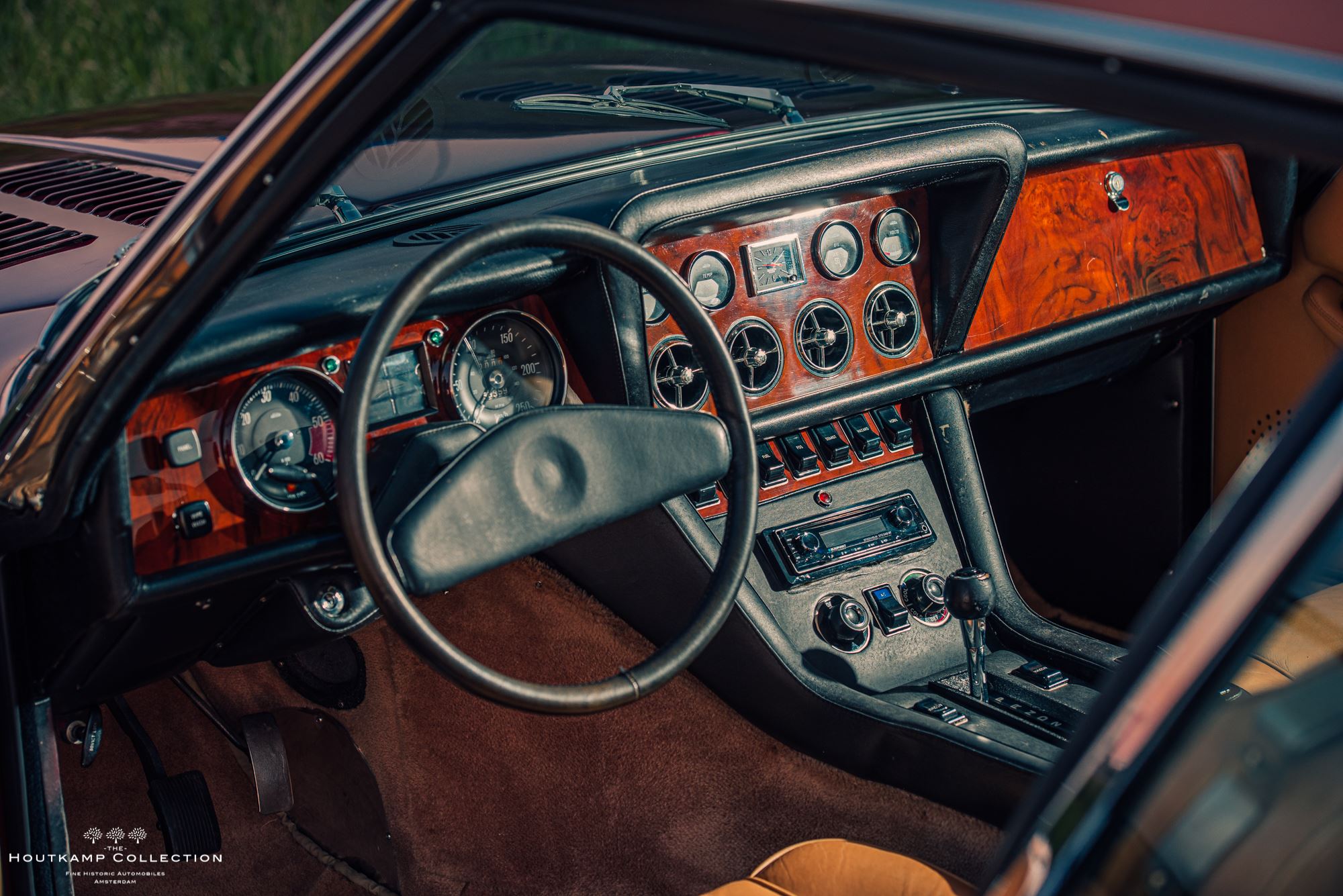 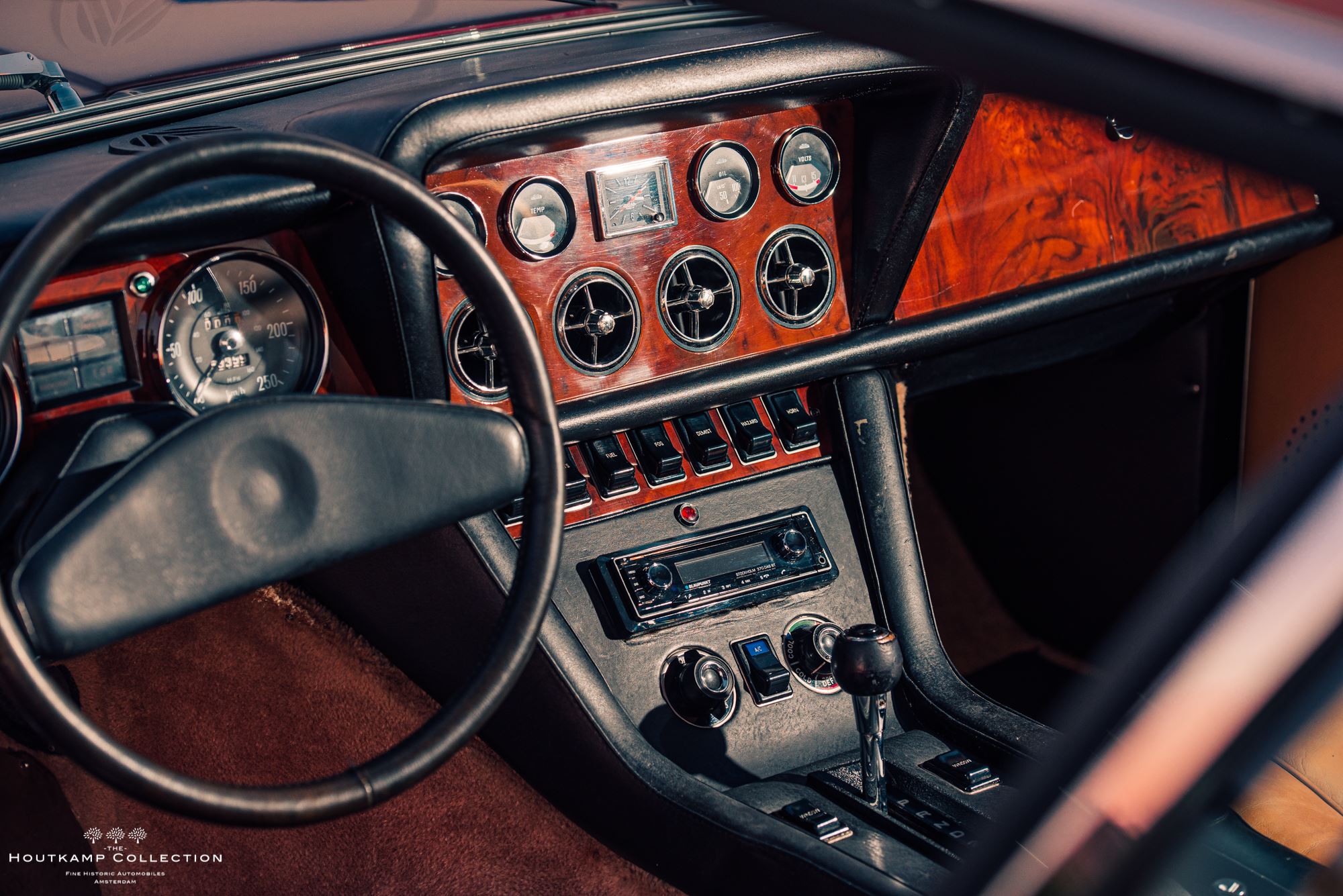 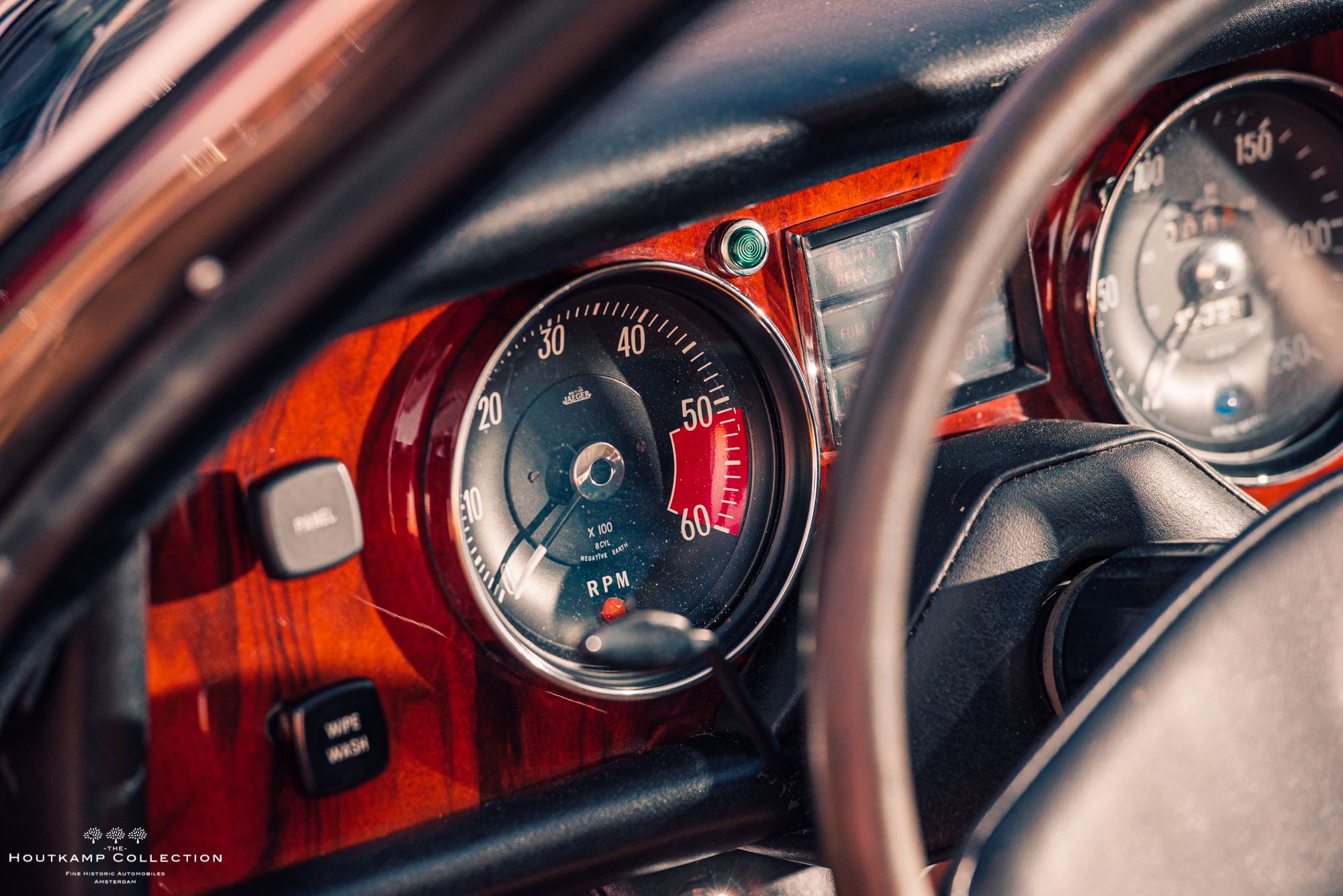 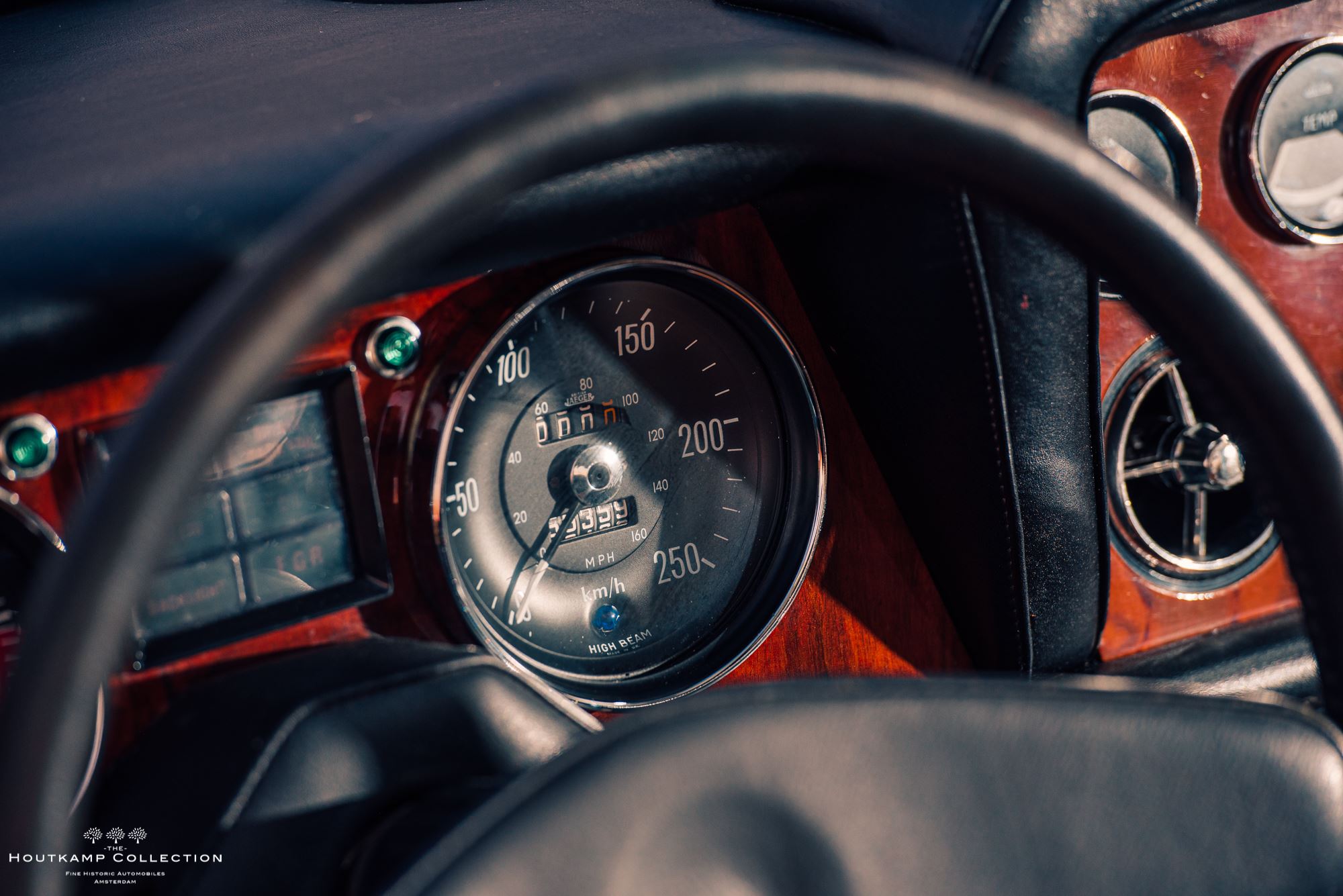 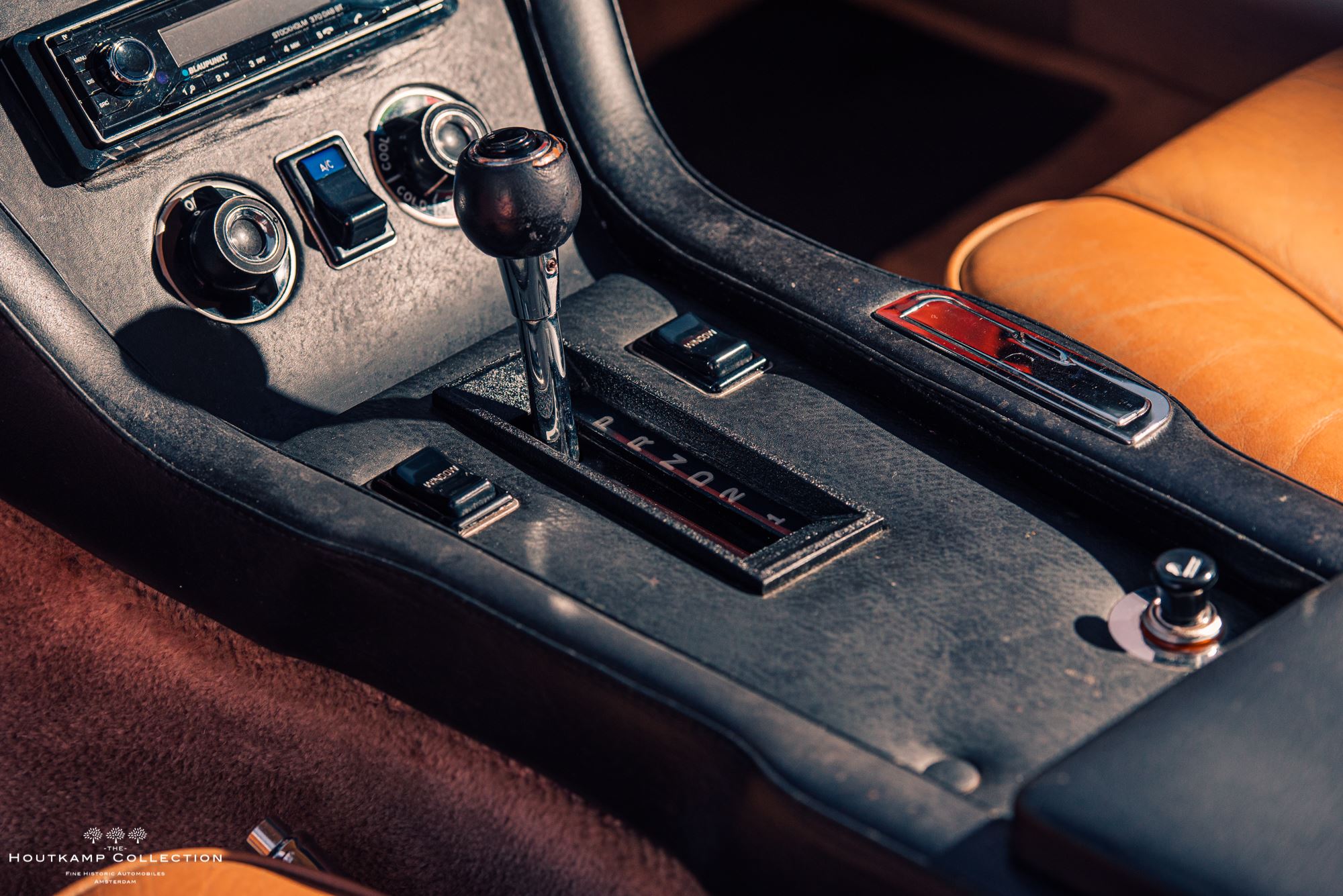 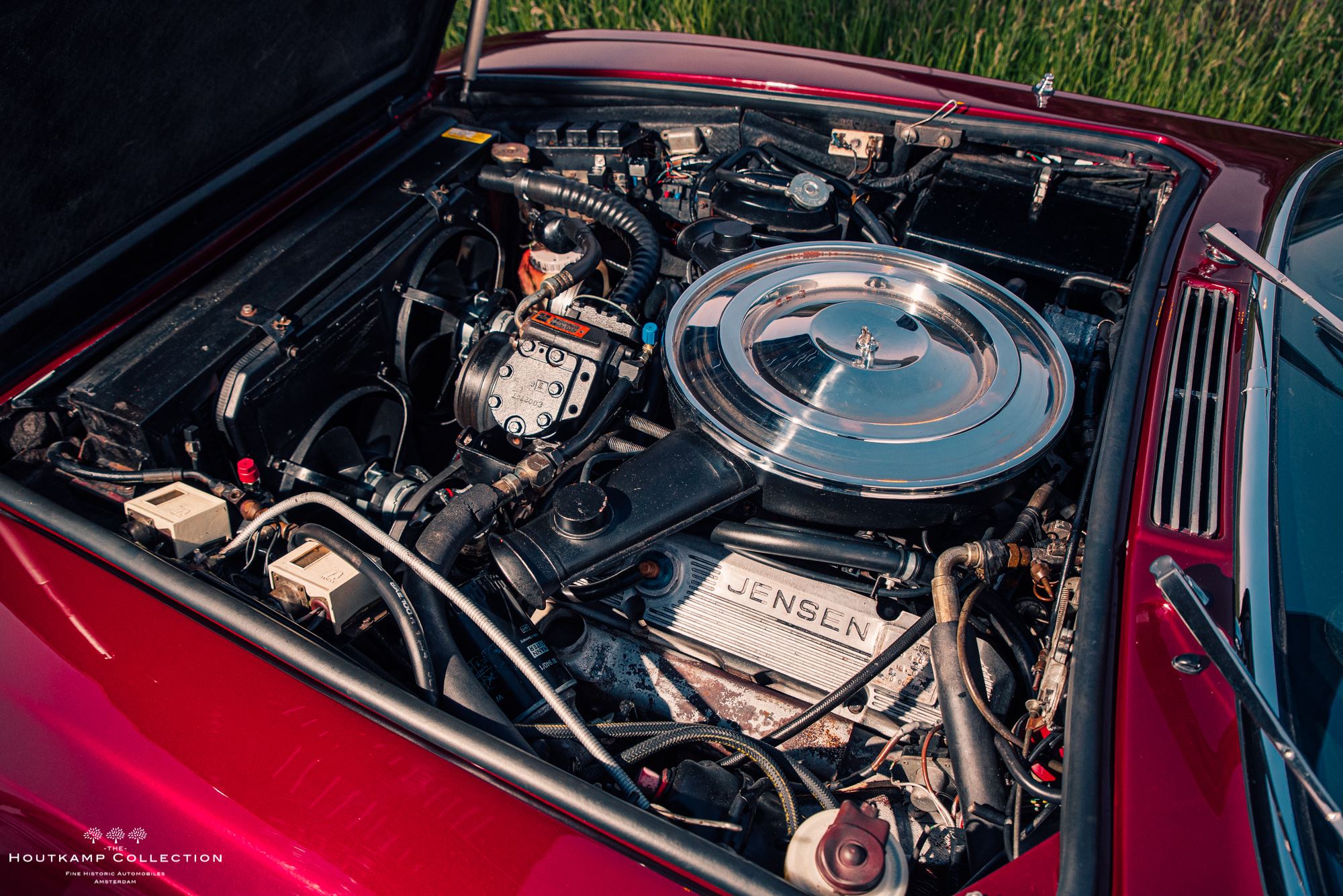 Jensen was founded by two brothers, Alan and Richard Jensen who were born in 1906 and 1909.

They became interested in cars at an early age, and so in 1930 their father set them up in their first business, Patrick Jensen Motors, based at Edgbaston.

In 1934 it became Jensen Motors Limited.

The prototype Interceptor appeared in 1965, a two seater convertible with alloy coachwork, a third transverse rear seat and either 4.5 or 6.3 litre Chrysler engine.

Launched at the 1966 London Motor Show, the stylish Interceptor proved a star attraction. Was a sporting GT-class car, hand-built in the UK between 1966 and 1976.

The car broke with a Jensen tradition by having a steel body shell instead of a glass-reinforced plastic body and by having the body designed by an outside firm, Carrozzeria Touring of Italy, the firm more recognisably associated with the likes of Aston Martin, Lamborghini, Maserati and Alfa Romeo.

The Mk III appeared in October 1971, boasting a 7,212cc engine, ventilated disc brakes, alloy wheels and restyled interior.  The Mk.III is were the ultimate iteration of the Interceptor in every sense.

This Jensen Interceptor is a unique example.

The car is newly delivered delivered on the 15th of January 1976 to the first owner in Belgium.

The Jensen has never been sold until some weeks ago.

Can you believe, just 1 owner since new?

The Jensen has been newly ordered in the same color scheme as it currently has. Burgundy red with a beige interior.

In 2019 extensive work was done on the car en recently the car has had a full service in our workshop recently.

The engine bay has also recently benefitted from professional detailing.

Over-restored cars are nowadays common but the real car enthusiast is focused on originality.

This car has been once resprayed in it’s original color. That’s the reason why the car looks so nice.

The paint is from a high quality and shows beautifully.

The aluminium parts as well as the chrome are in a very nice condition as well.

Windows, lamp glasses and other small details are all looking a very nice original order.

The interior is absolute unique being fully original and in a superb condition.

The details of the instrumentation, details, and woodwork are excellent.

The original leather seats have survived impressively well over the years.

The floor carpet are also still in original and in such a nice and beautiful condition.

We drove the Jensen back from Belgium to Holland. A great drive whereby we could clearly see that all buttons, gauges and knobs are properly working and that all meters are functioning well.

The chique color of the bodywork and the fine Beige leather interior makes the car a beautiful and fresh appearance. This should have been completely different with a solid dark color for example.

The low production number of the Jensen Interceptor makes it a true collector’s car.

The Interceptor drives great and the big 7.2 liter V8 roars on if you want, but is also a very friendly and very smooth engine if you want to drive around slowly.

When we drove the car back from Belgium to Holland we enjoyed the trip very much. The power in the car is extremely impressive and the combination with the fantastic sound is difficult to describe.

The Jensen is not only a great looking car, it’s also a fantastic experience to drive the car.