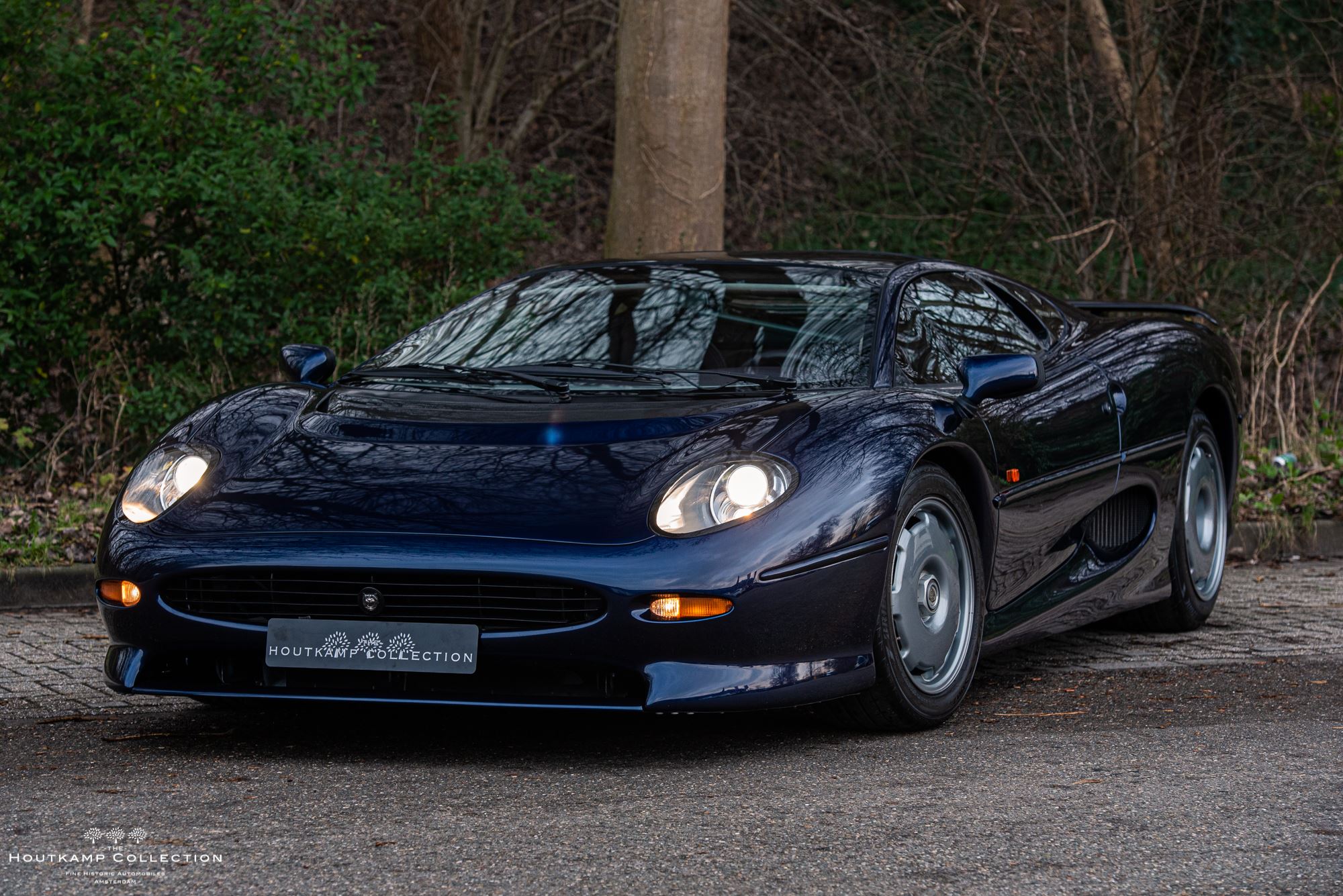 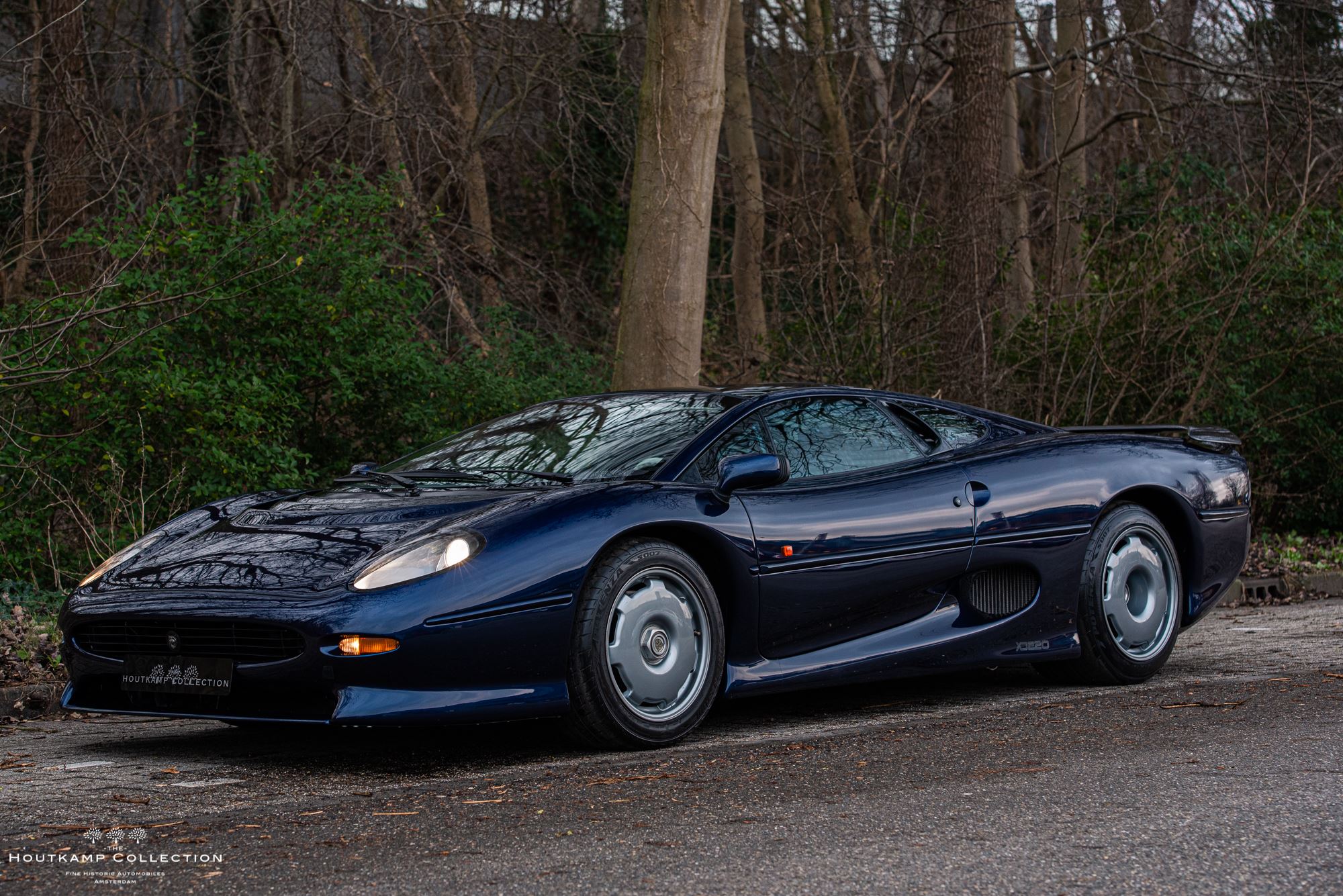 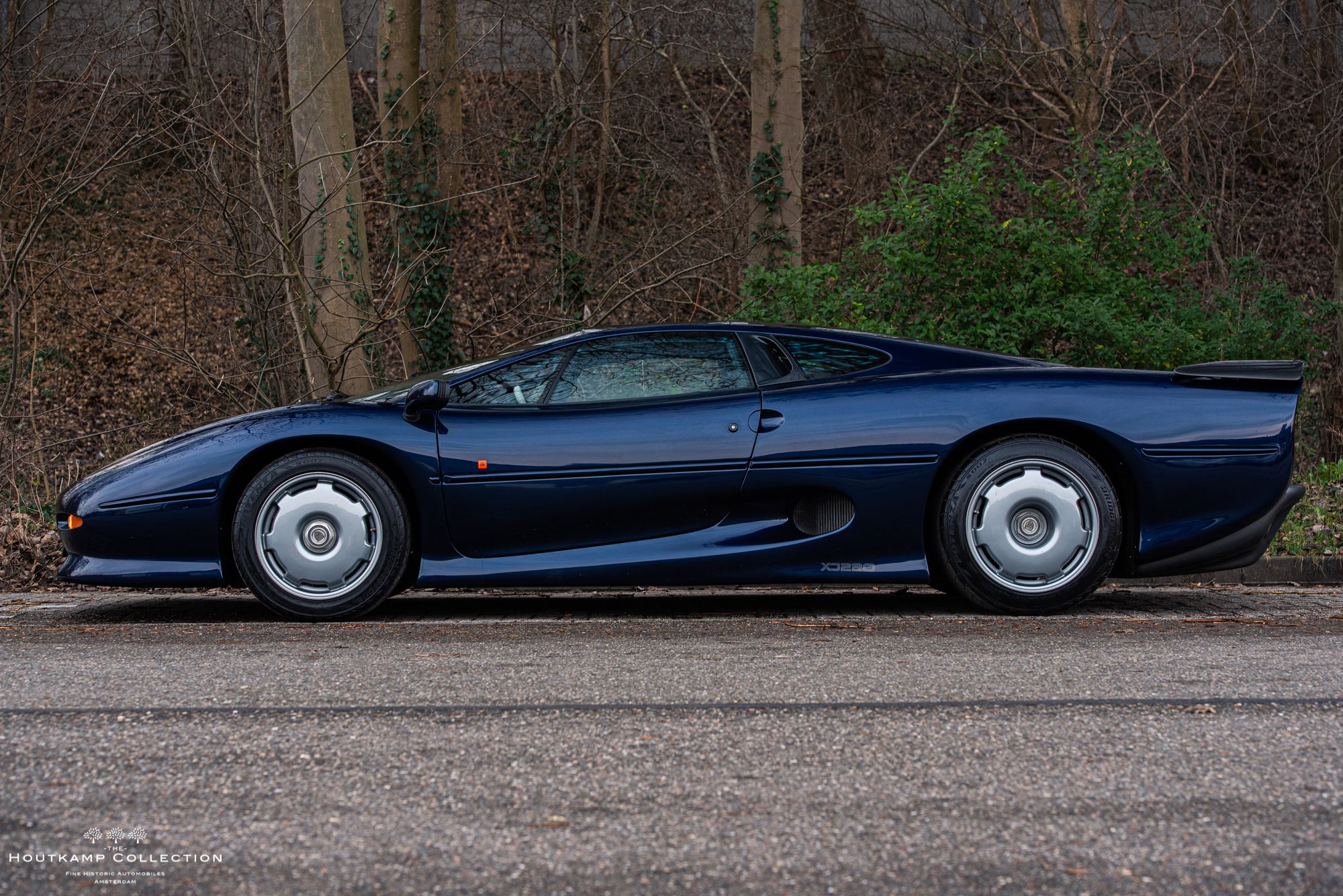 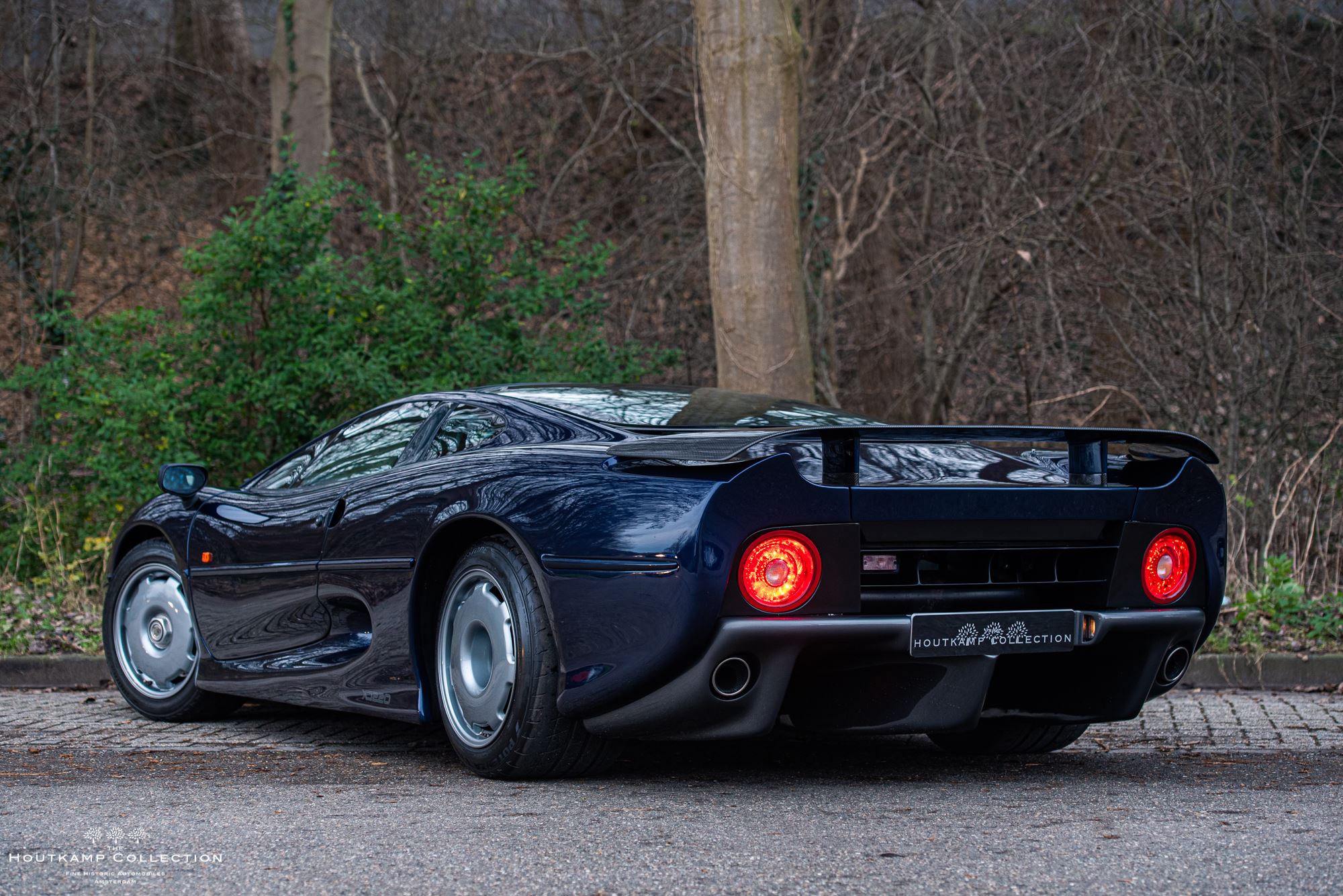 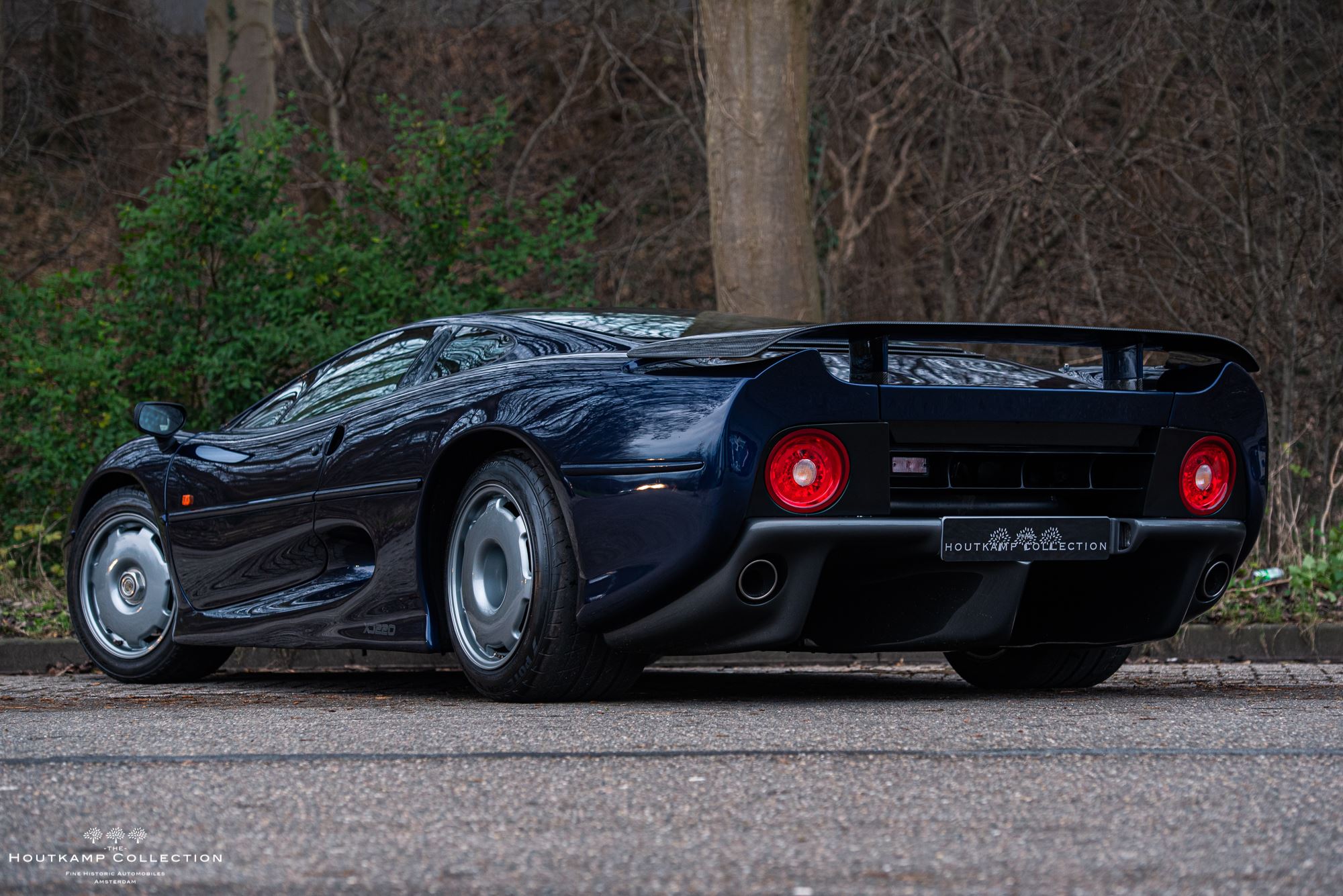 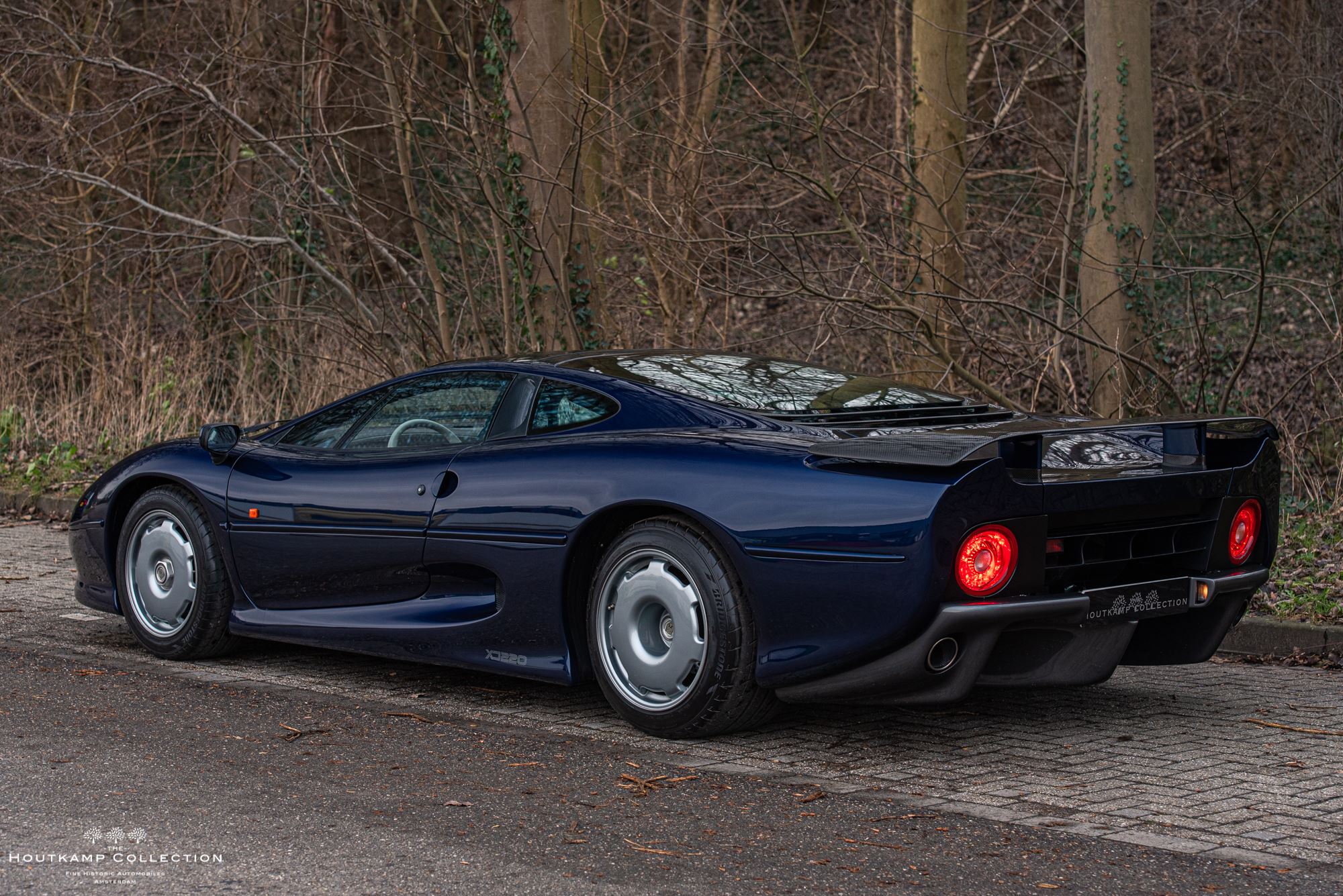 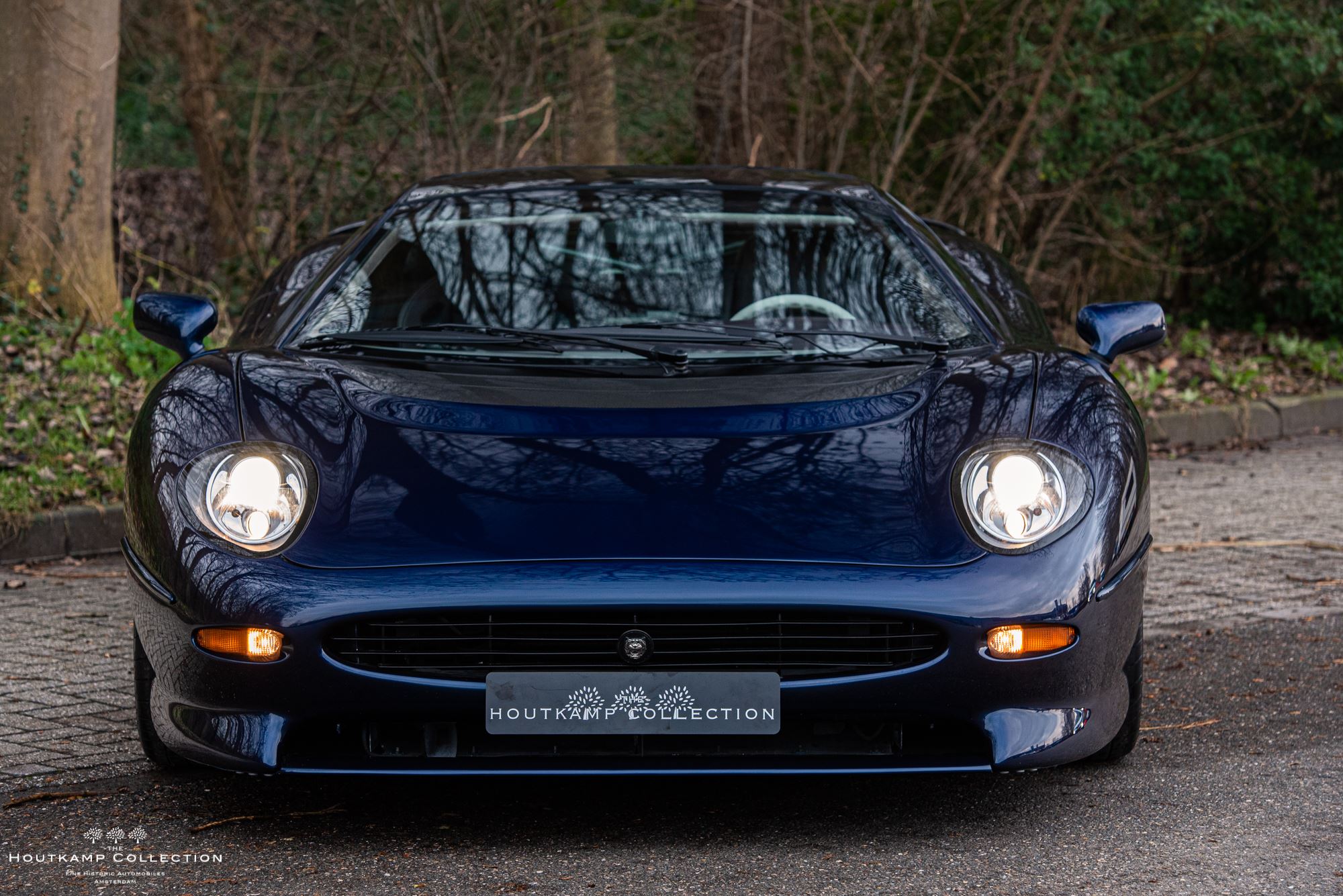 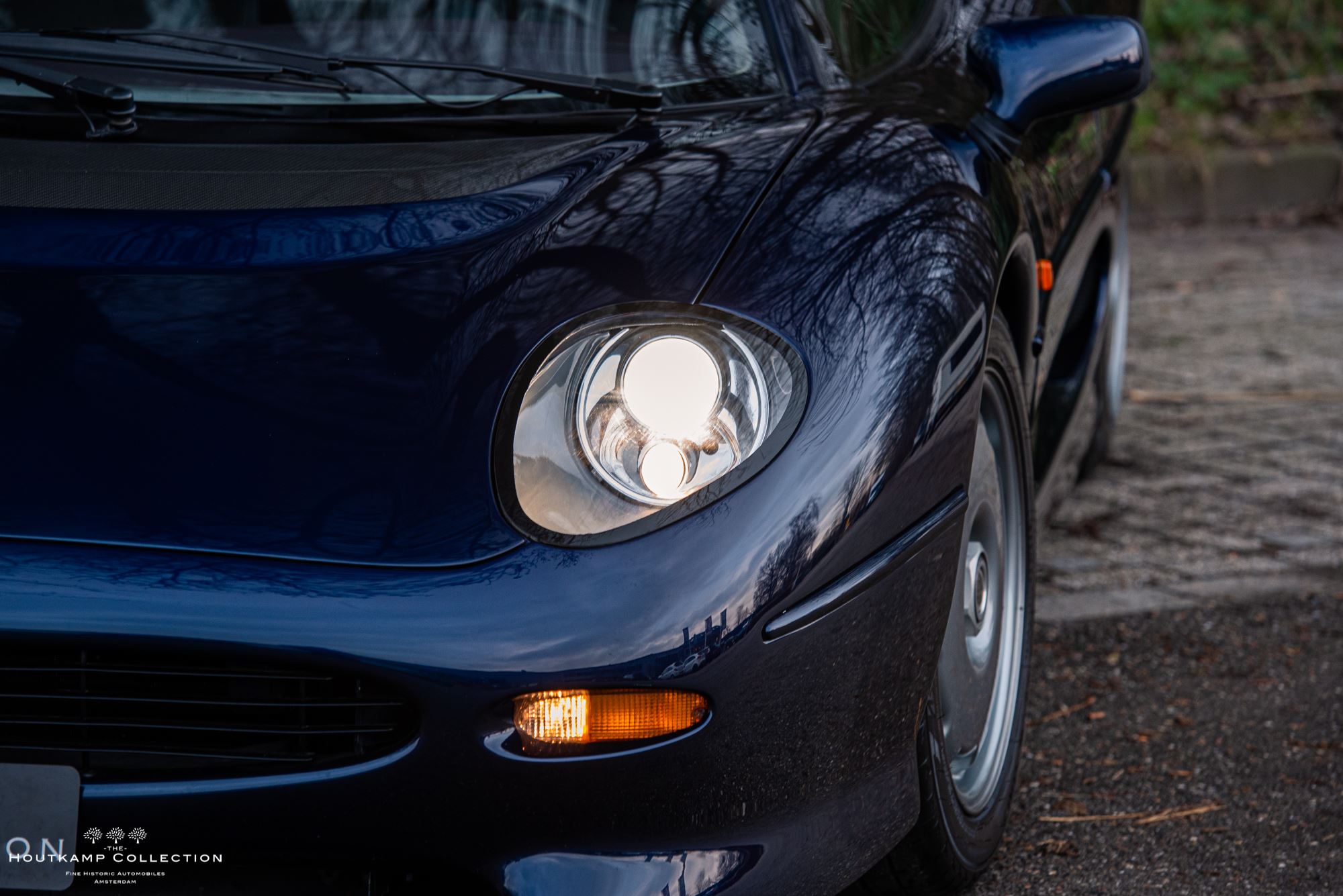 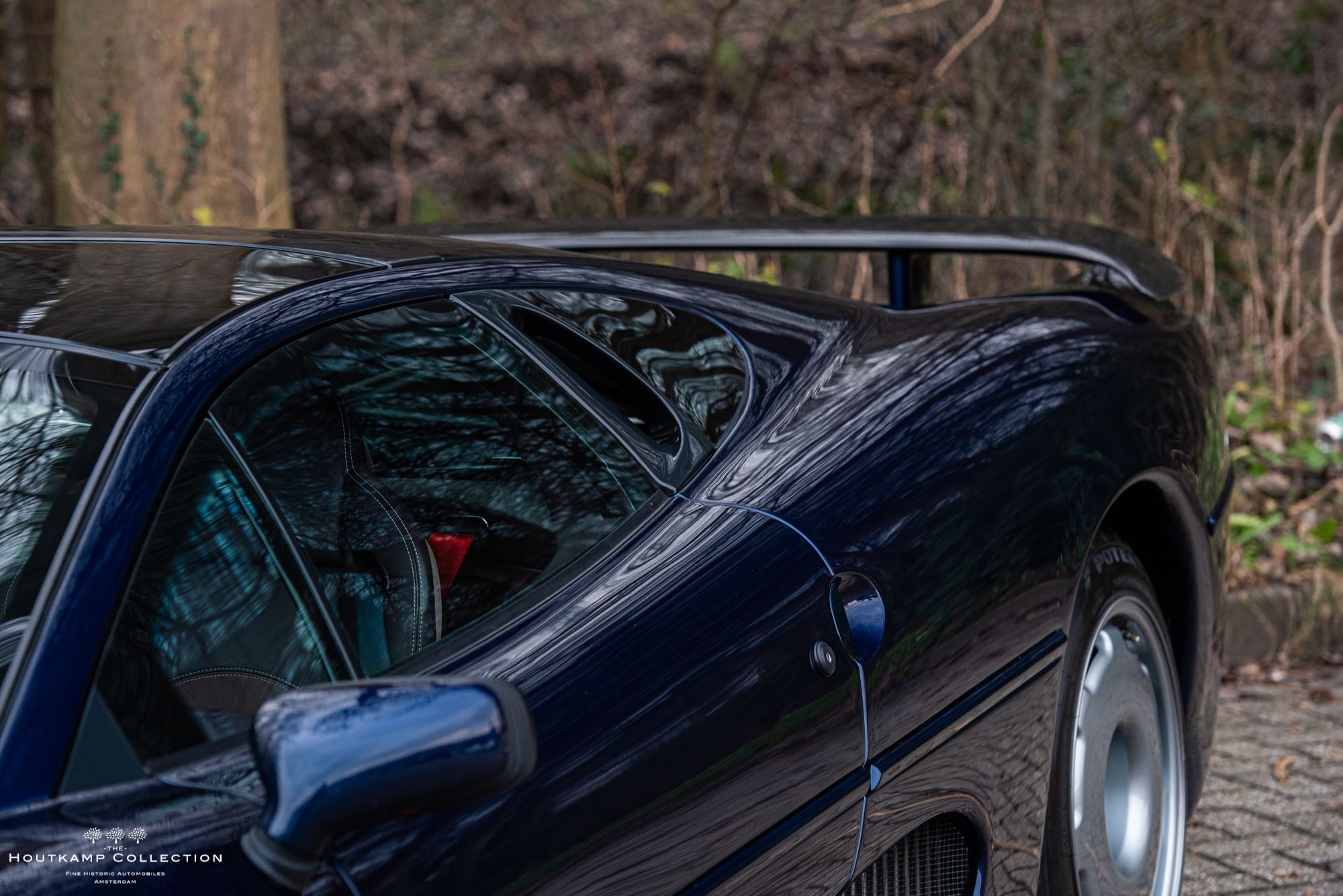 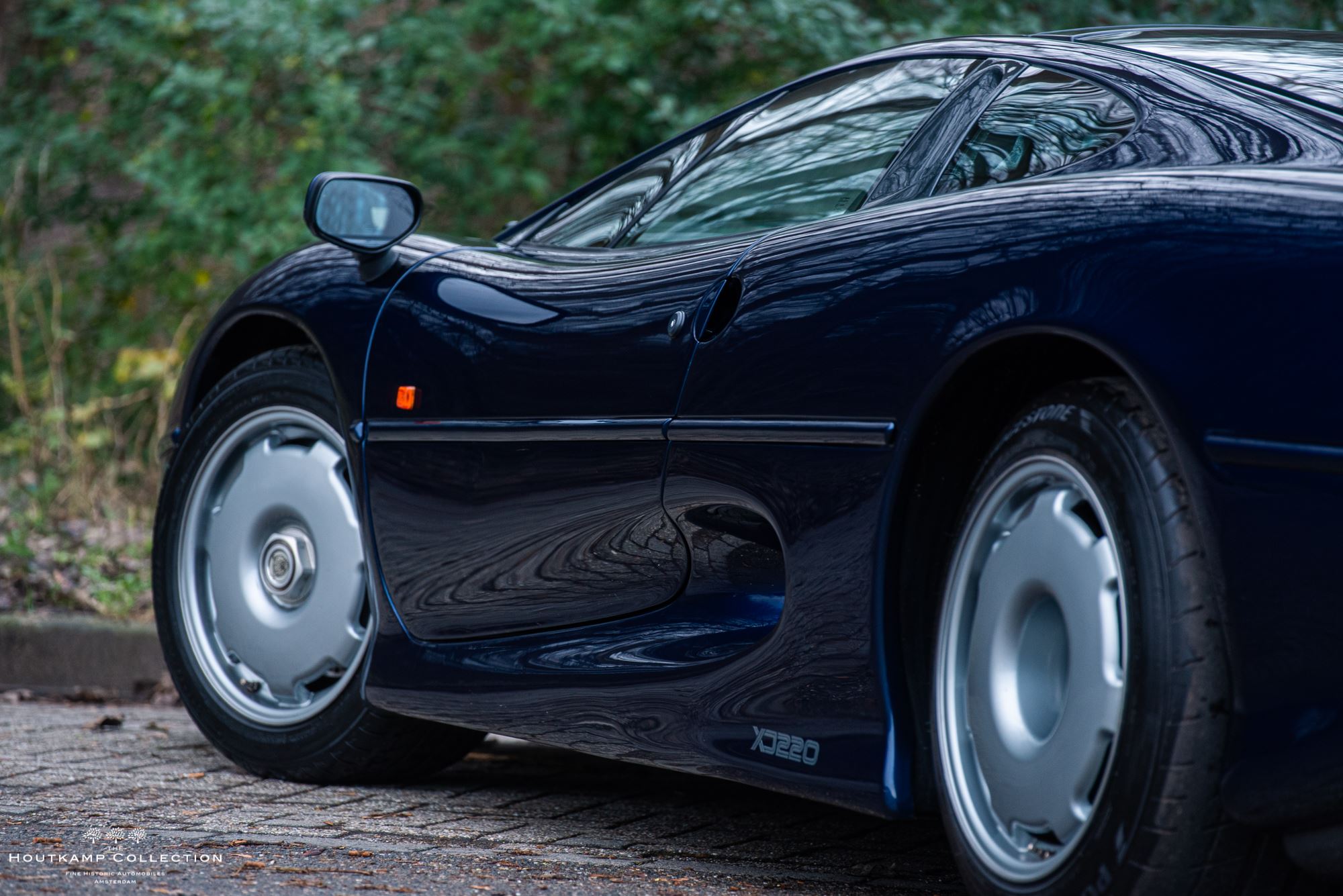 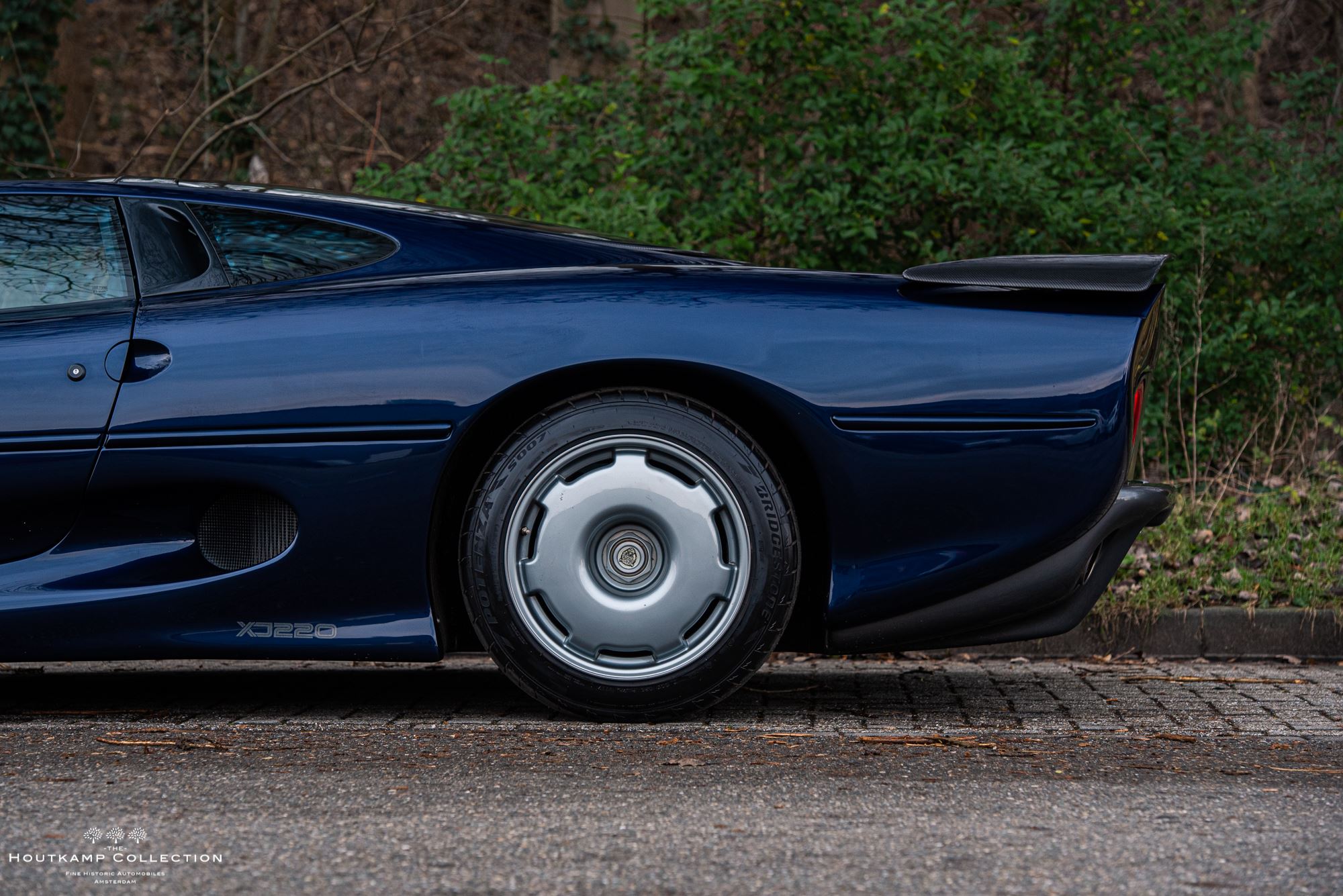 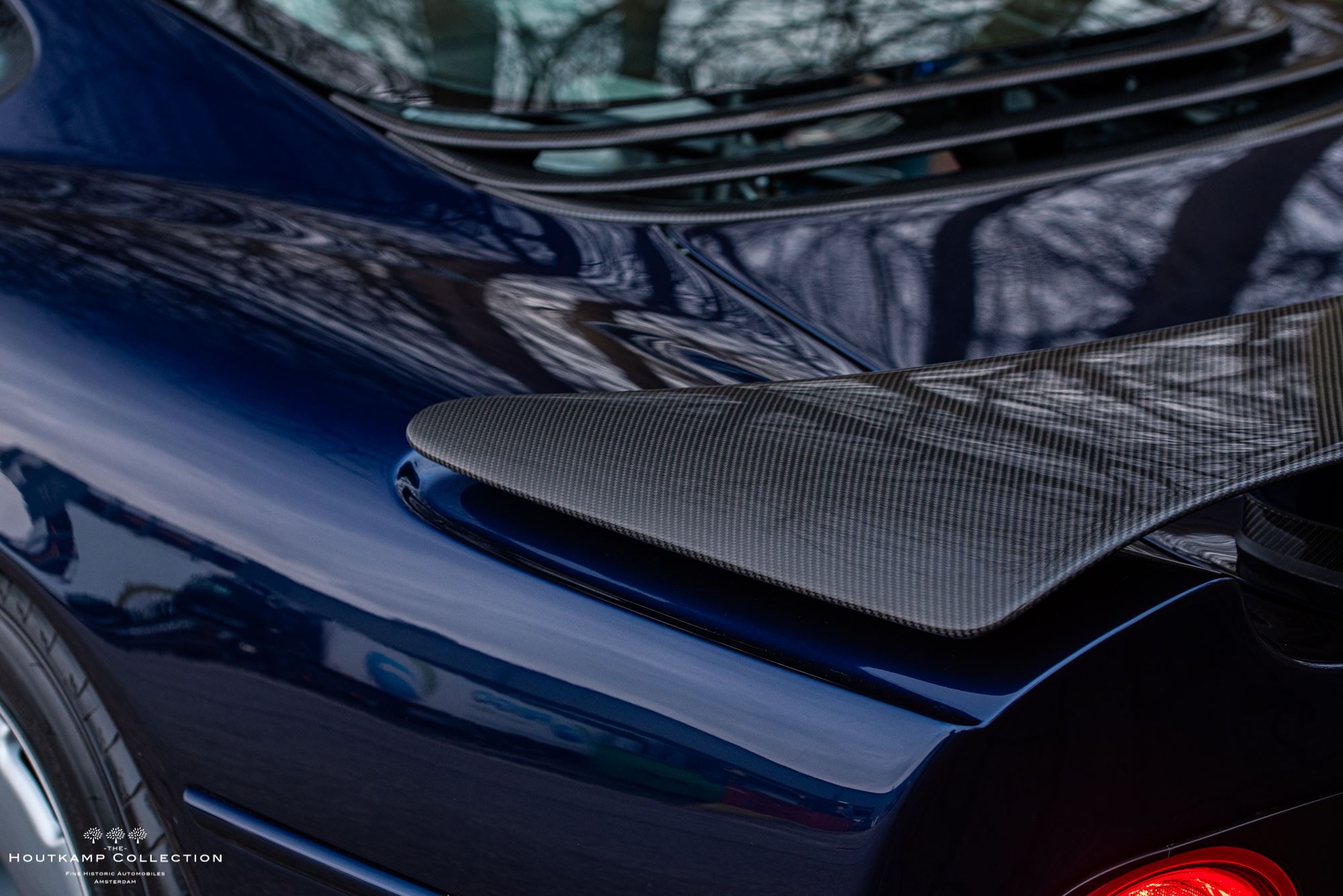 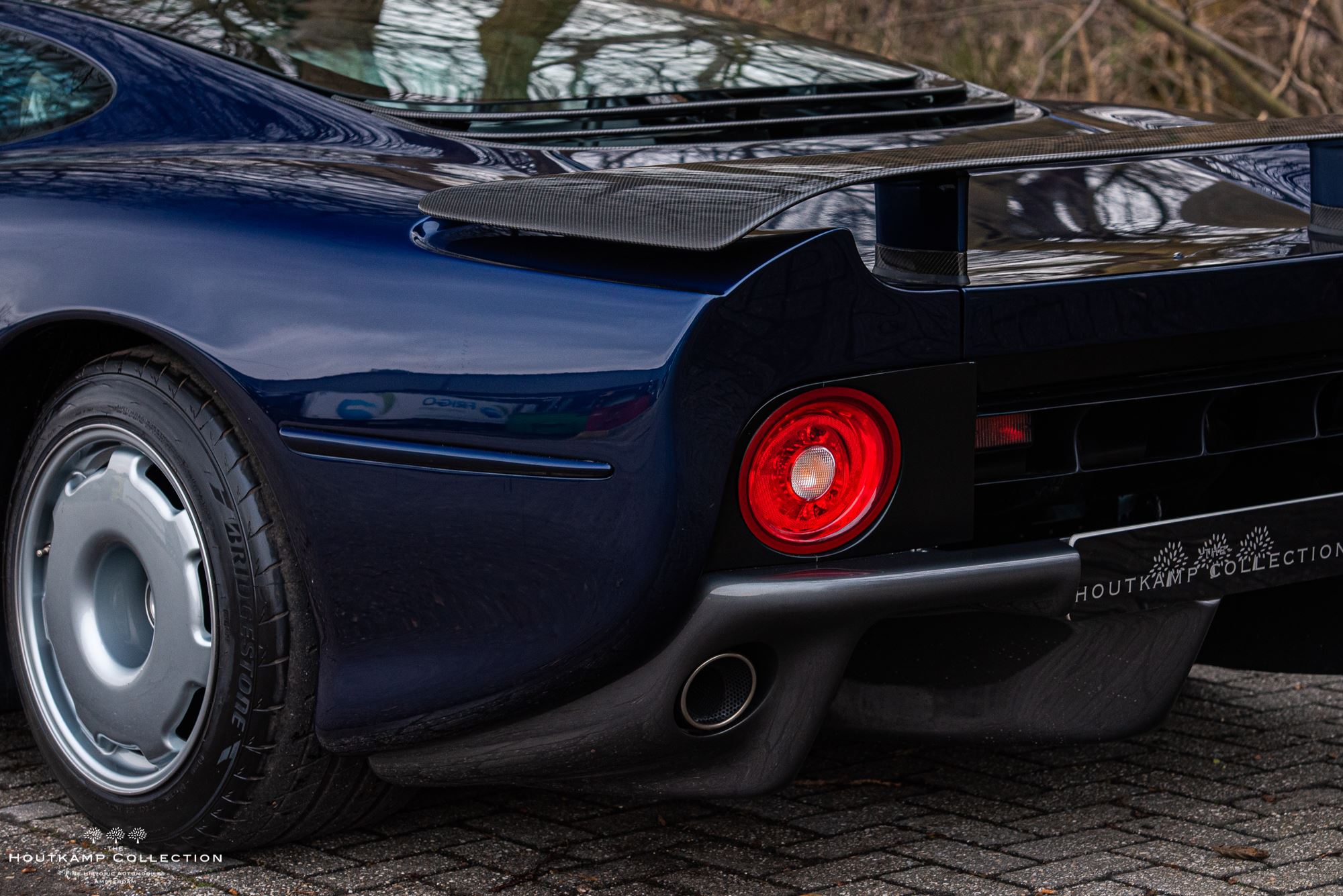 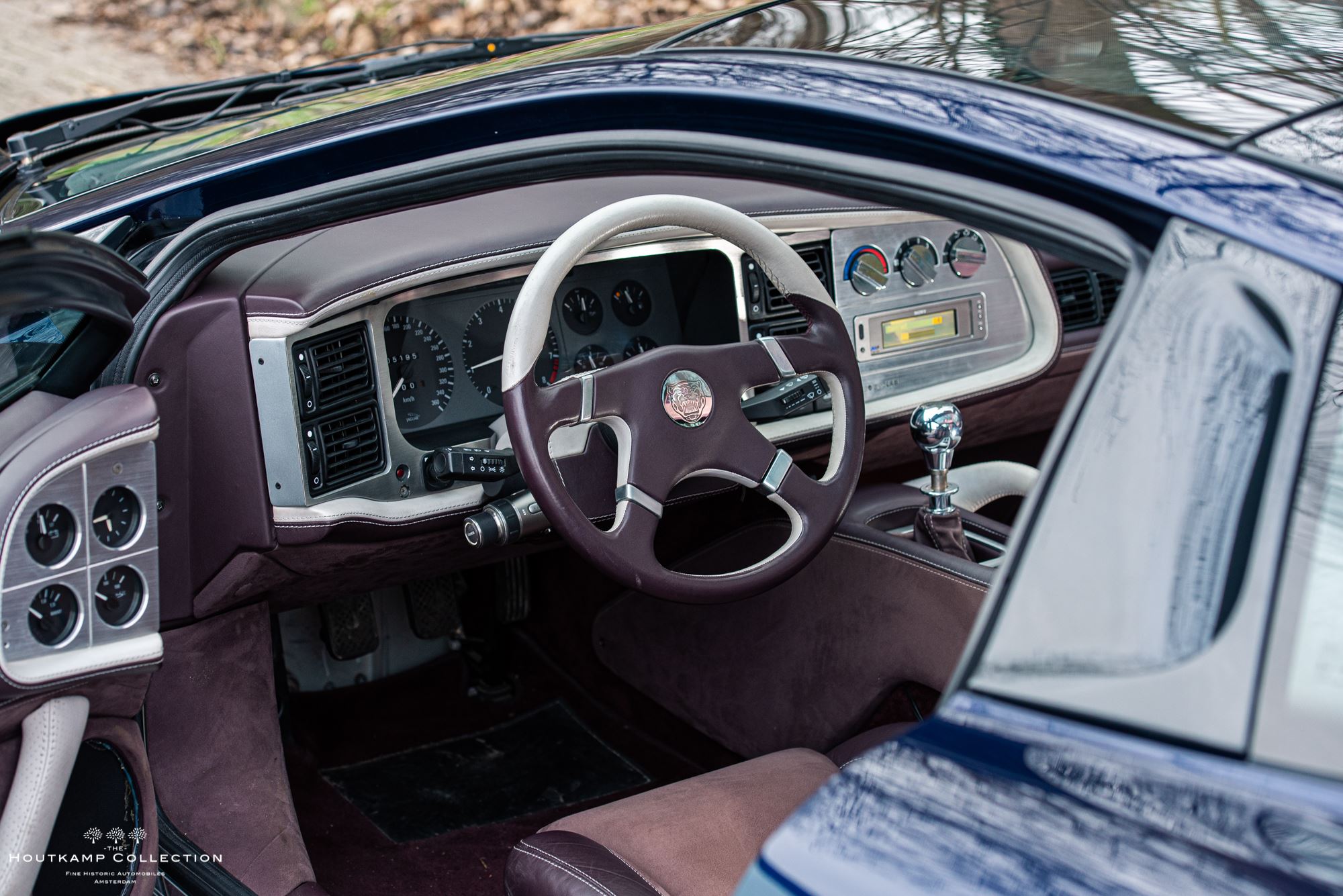 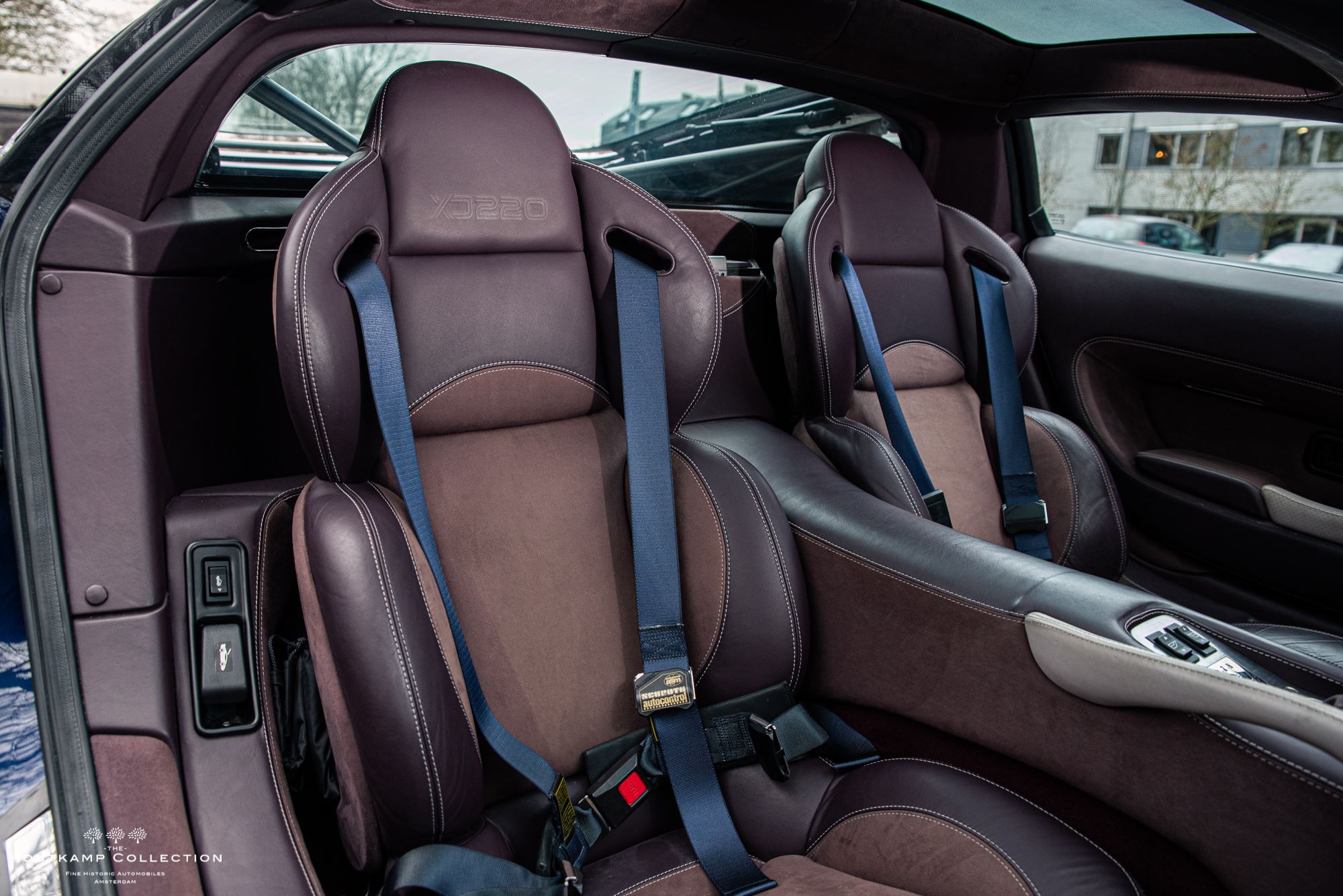 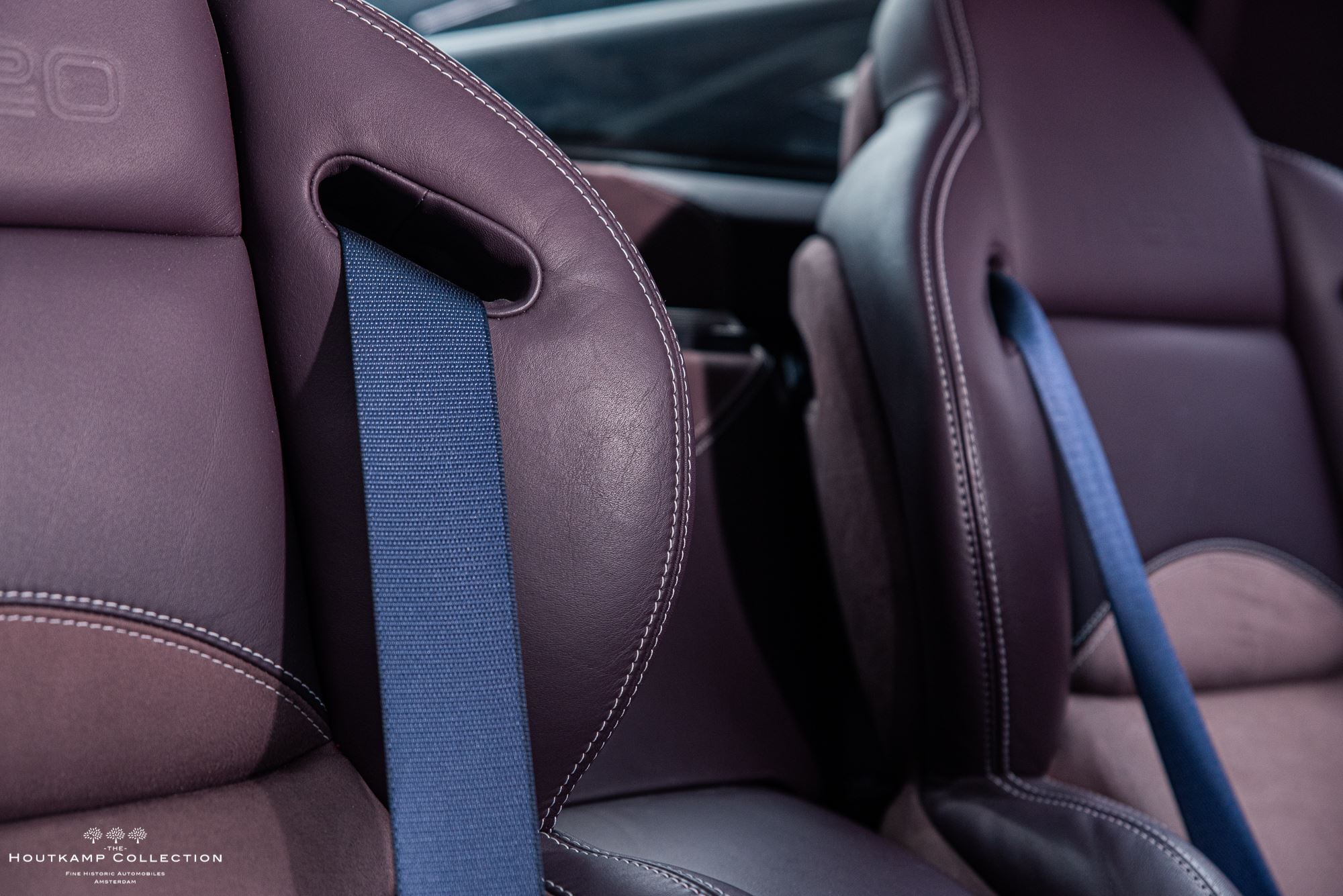 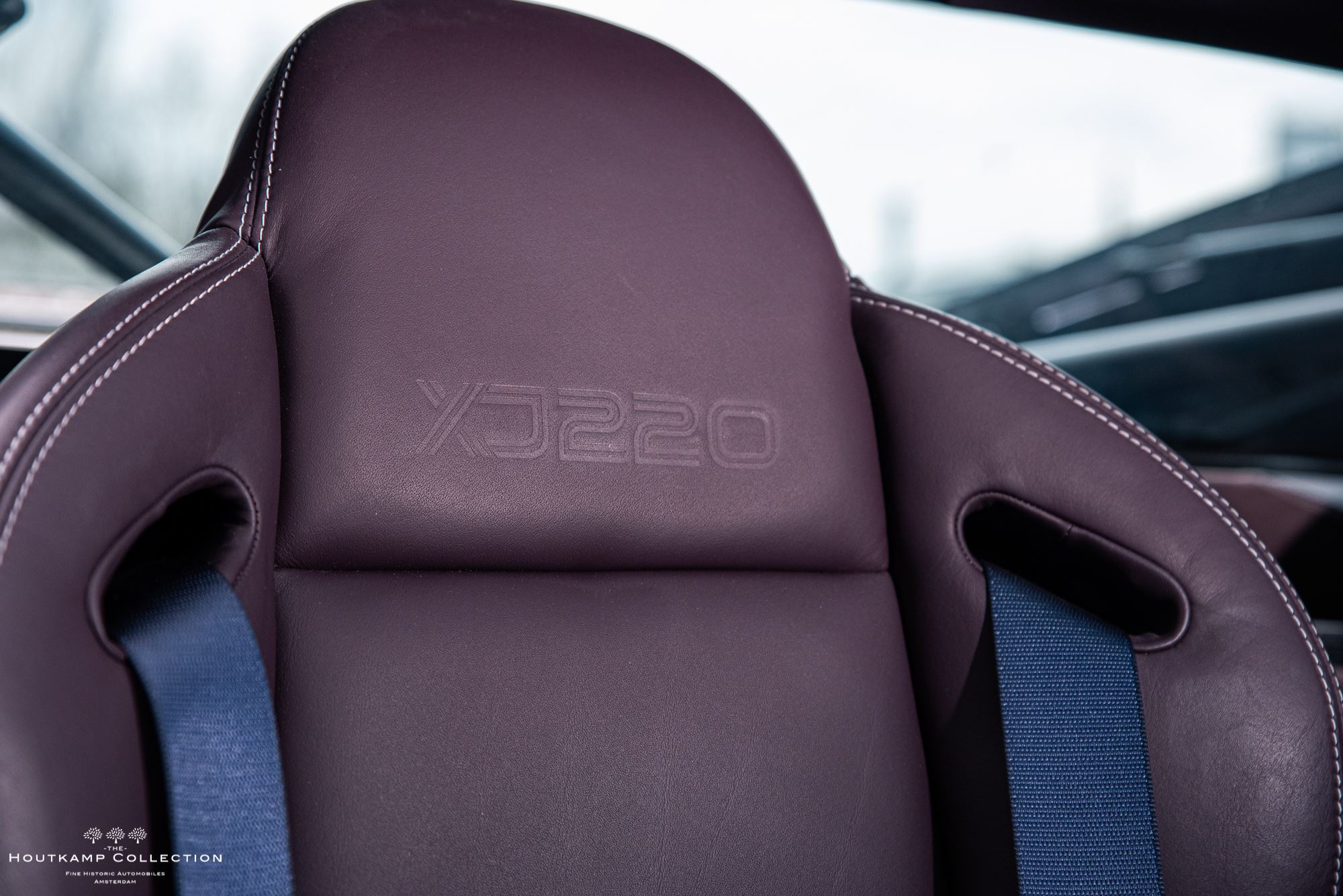 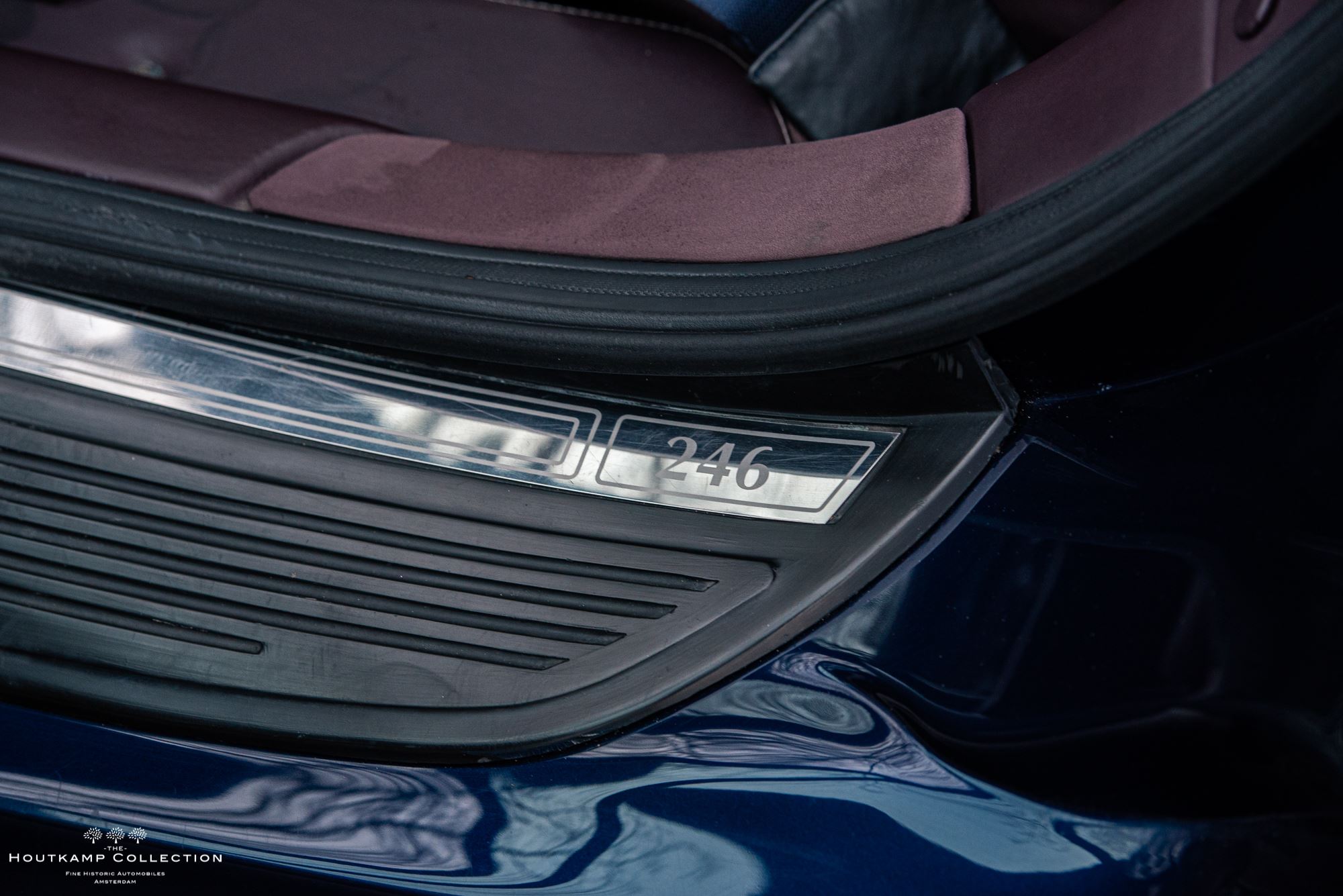 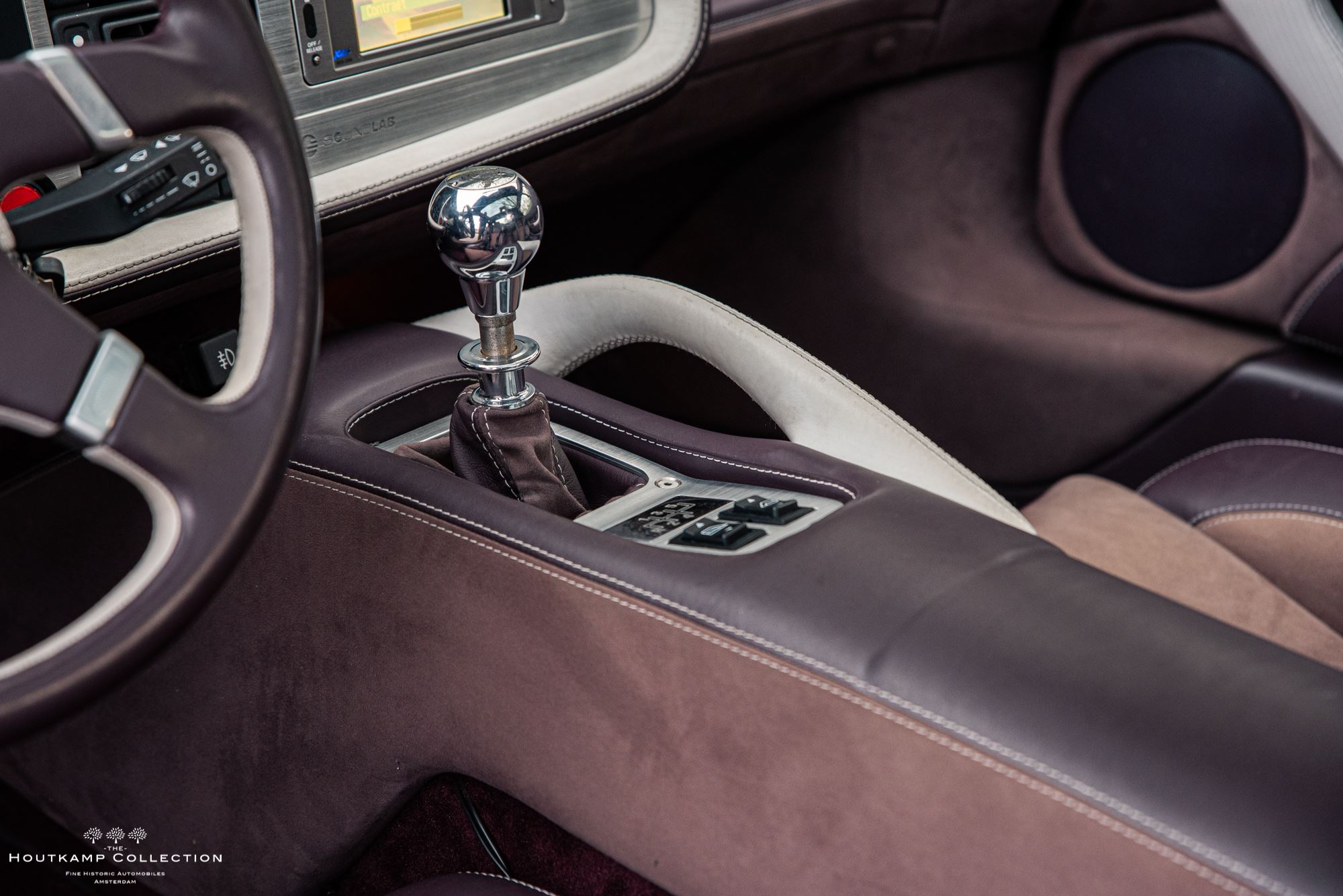 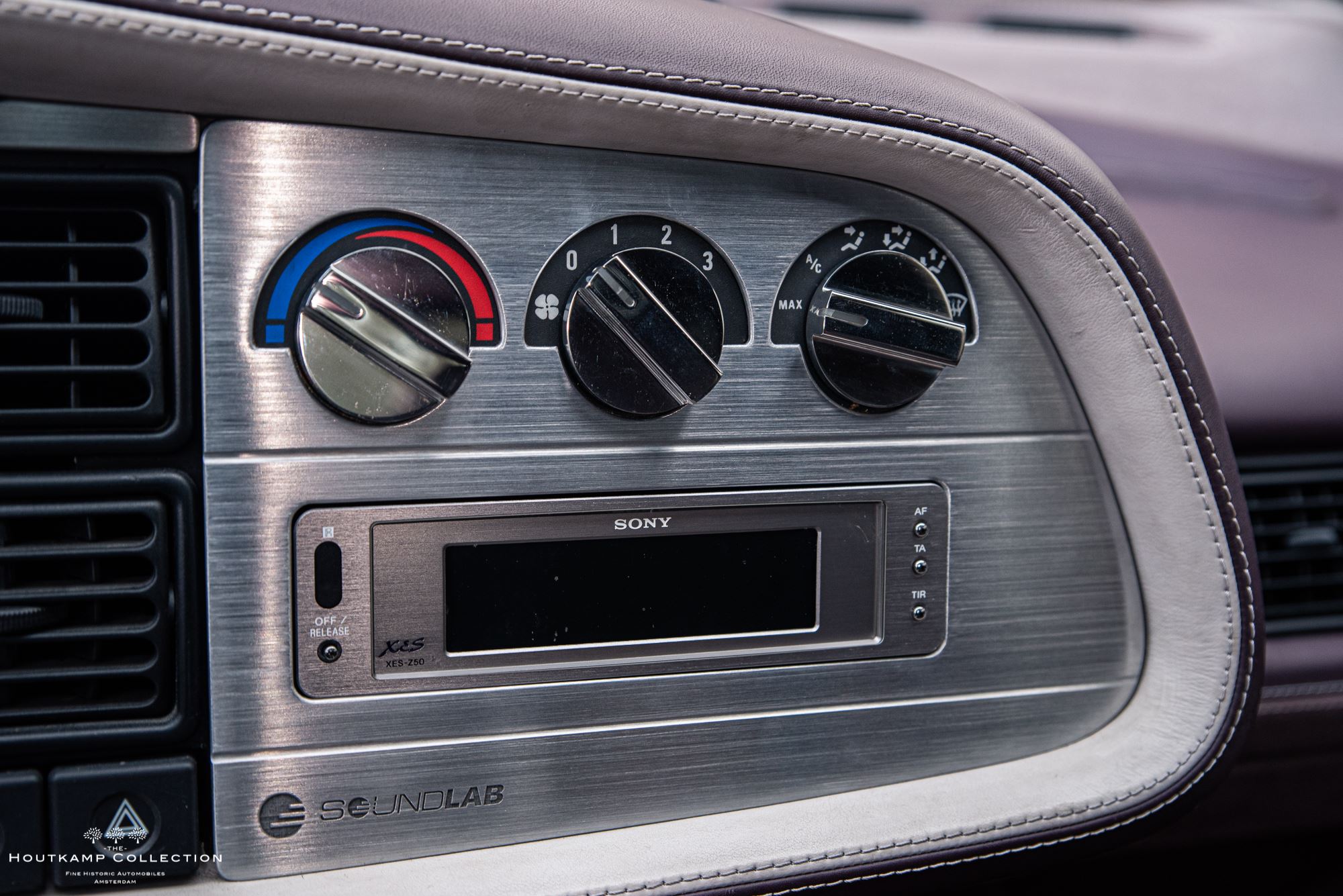 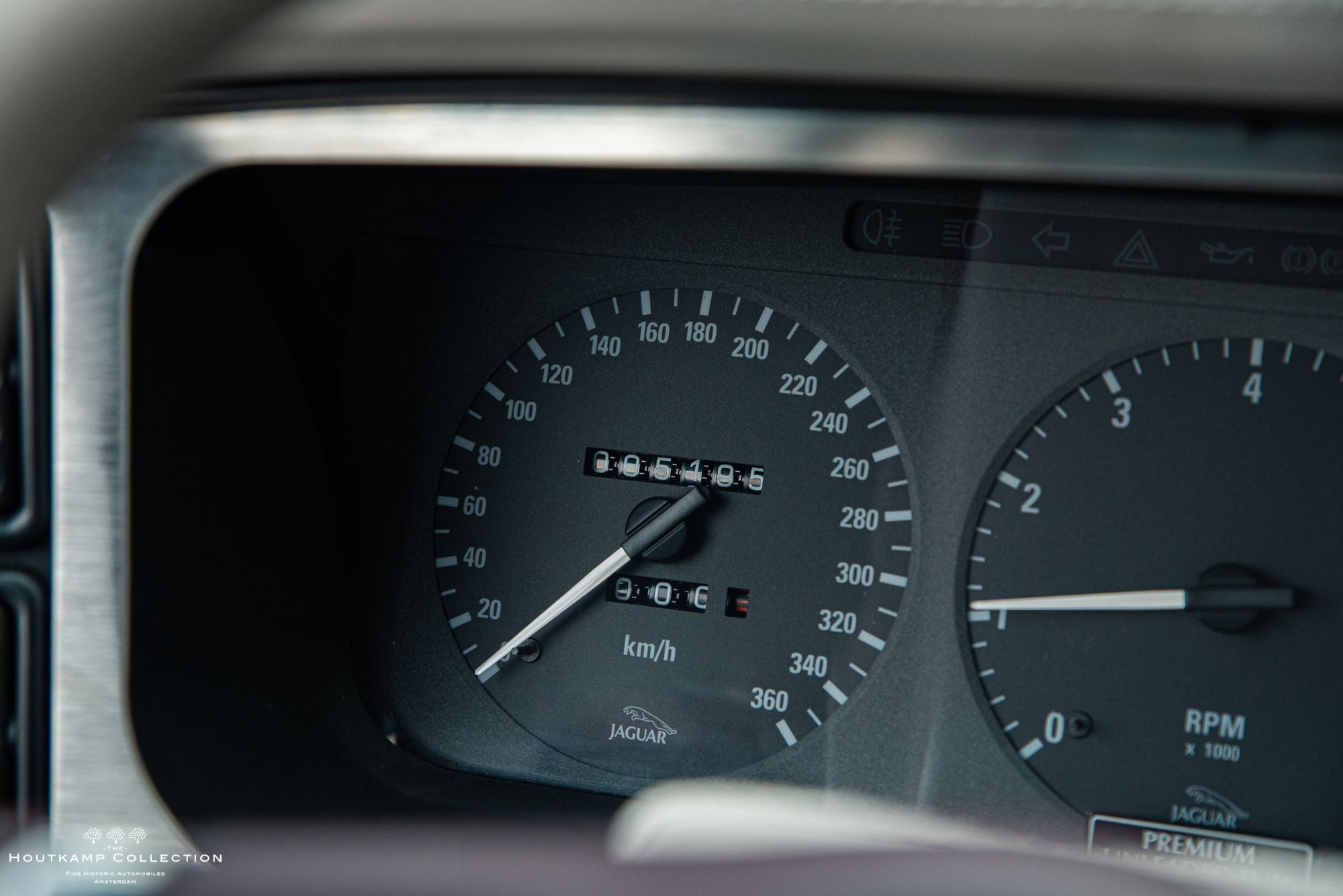 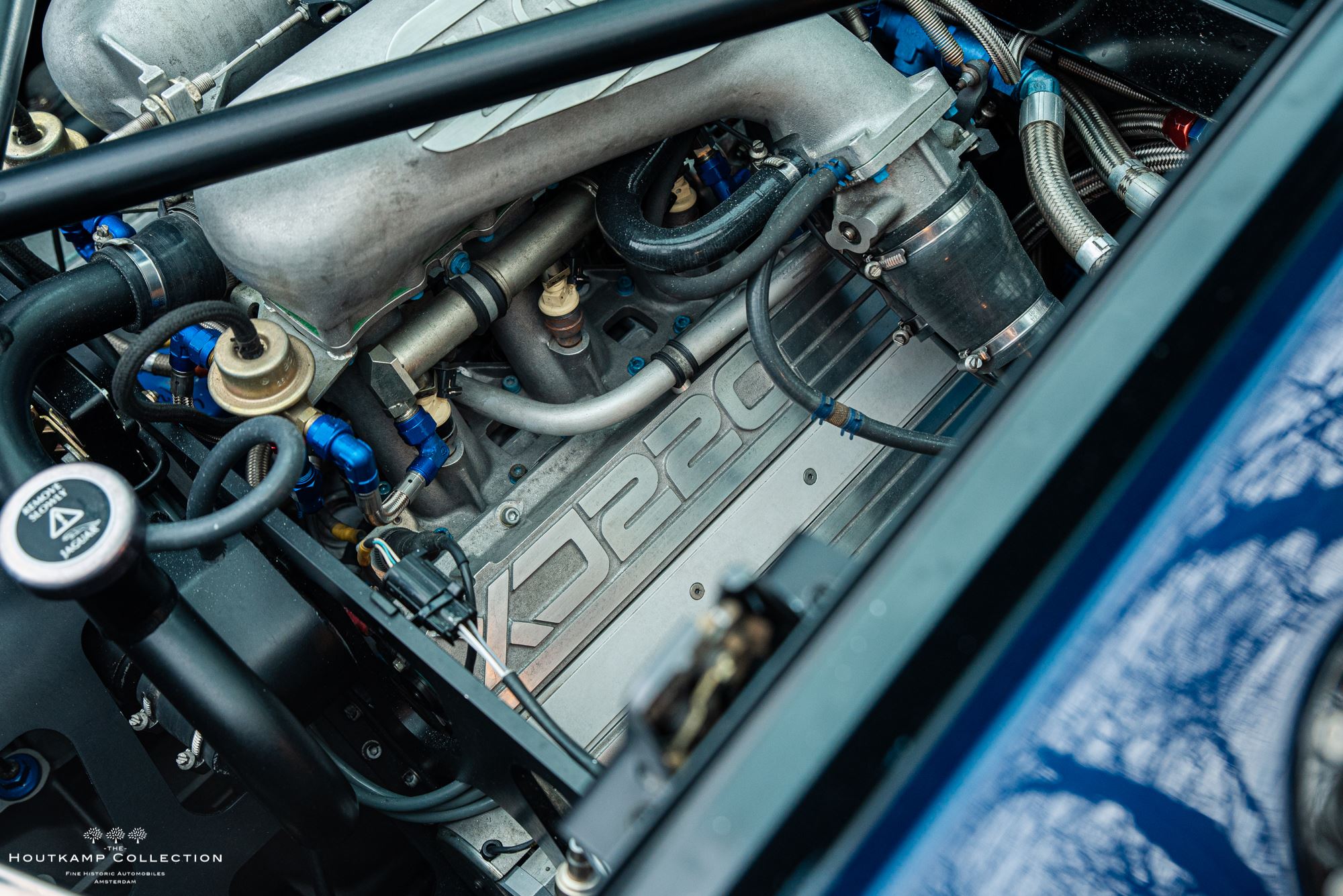 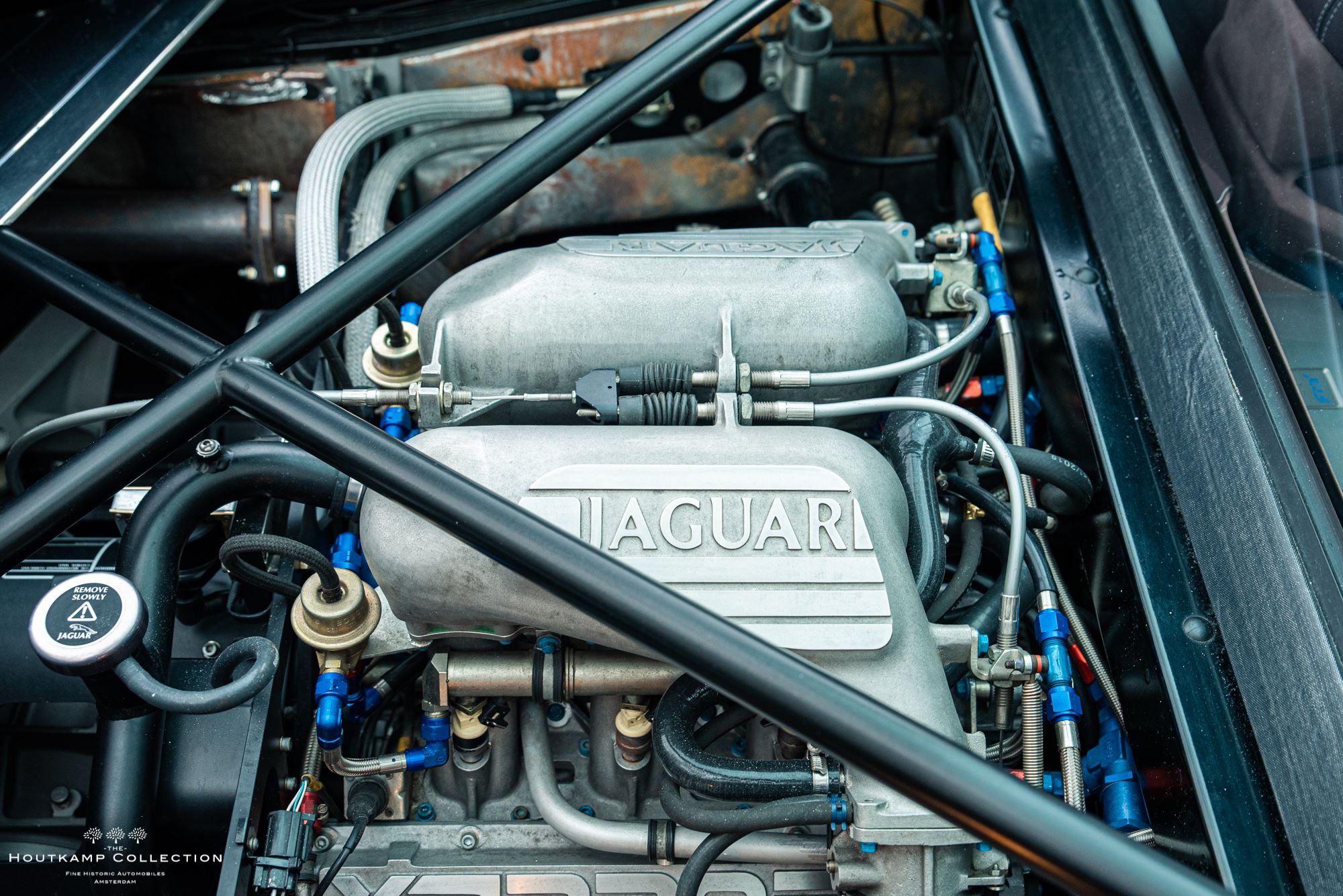 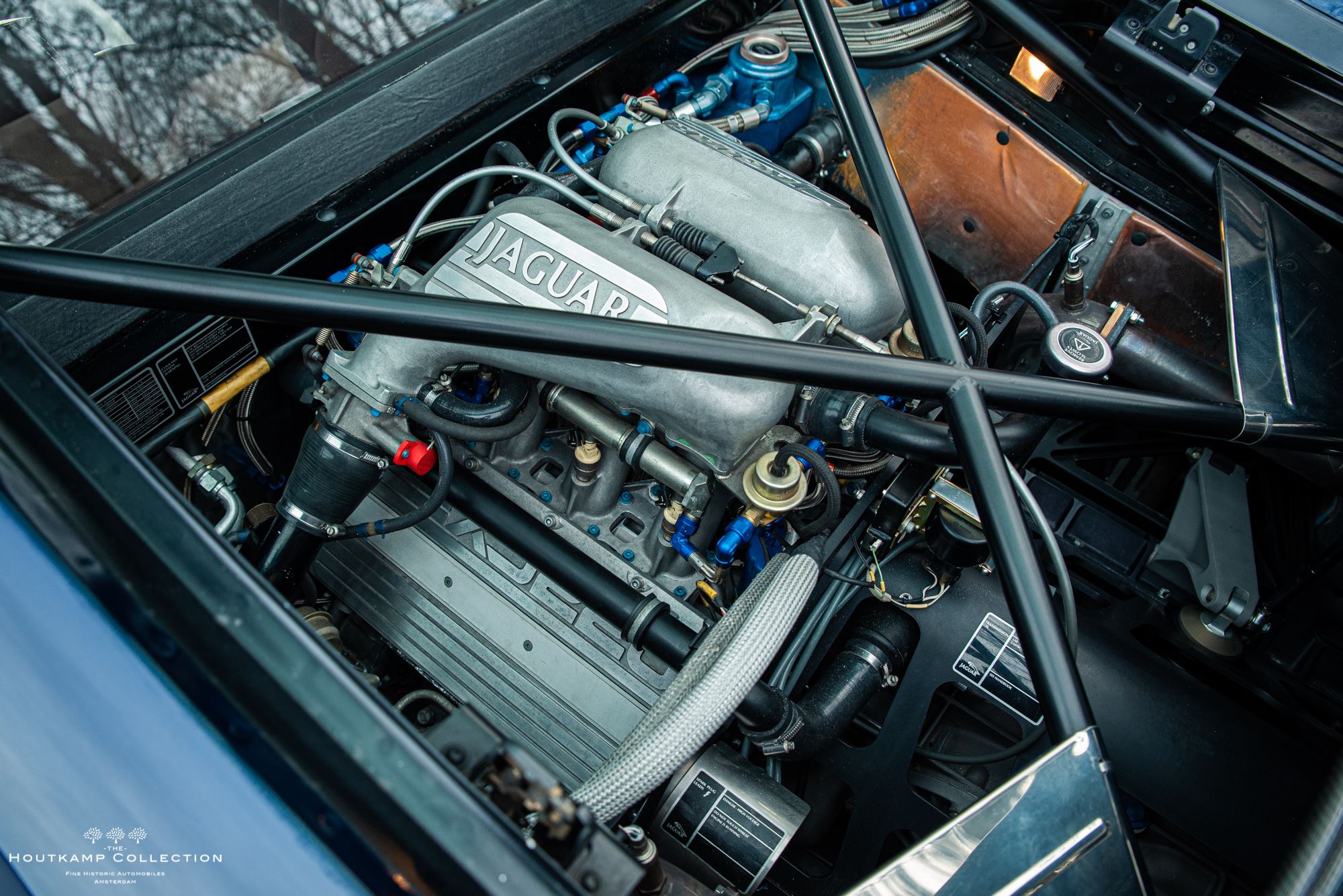 A dream has come true.

I still remember the day that my parents gave me a 1:18 size scale model when I was approximately 7 years old. We were in central London and it was my favorite out of hundreds of scale models.

The XJ 220 was a toy which I took everywhere but nobody else was allowed to play with it except myself.

After 3 years I first saw the XJ 220 in real. A customer of a Land Rover dealer where I was washing cars came by with his Jaguar XJ 220.

In Holland it was even more unique to see such a supercar as we have an extra road tax and therefore a Jaguar XJ 220 was costing over 1.000.000,- Guilders which is nowadays the same in Euro’s.

The company, known for building some of the most achingly beautiful sports cars in the world, seemingly always had another trick up its sleeve when the public thought that it could simply do no better in design interpretation.

In 1992, the XJ 220 was the latest and greatest Jaguar sports car and more than worthy of being mentioned in the same breath as its forefathers.

Like its predecessors, it was clothed in svelte and aerodynamic bodywork and its origins were rooted in Jaguar’s rich motorsport heritage. The car was conceived by Jim Randall, the then director of engineering, who was inspired by Jaguar’s sports racers of past. He wished to create a modern version of the successful Jaguar 24 Hours of Le Mans racing cars of the 1950s that could be entered into FIA Group B competitions.

When the Jaguar XJ220 was initially mooted to the world, it was destined to be the fastest, most gorgeous, and expensive Jaguar ever built. Named for its targeted top speed, the car was shown to the world as a concept car at the Birmingham Motor Show in 1988.

A total of just 285 including prototypes (275 road cars) of the Jaguar XJ 220 have been produced and after some years all of these cars have been sold.

This specific example of XJ 220 is strikingly presented in Blue with a beautiful Brown interior.

Since it was delivered the Jaguar just drove approximately 5.200 Kilometers since new.

In April 2015, November 2018 and most recently in July 2020 the XJ220 was brought at the renowned XJ220 specialist Don Law Racing in the United Kingdom for service and maintenance

After being removed from the car, the engine was in 2020 fully serviced.

New timing and alternator belts were fitted, and all fluids and filters were replaced.

Importantly, the fuel tank was replaced, and along with that, new fuel hoses and pumps were installed. The suspension was rebuilt, new brake pads were fitted after the discs were bead-blasted and cleaned, and the wheels were fitted with four new Bridgestone tyres.

After the work was completed, the car was road-tested, and the XJ220 was confirmed to be in excellent running order.

The Don Law’s invoices are available in the history file of the car.

This Jaguar has been owned by a person who has invested an enormous amount of money to make the Jaguar even more impressive than it already was.

Significant upgrades to the exterior are:

– rear air flaps behind the engine in carbon look

The exterior condition of the Jaguar is impressively nice. This car has been clearly a collectors item and after only 5.200 kilometers the car can be described exterior wise in as-new condition.

Not only the exterior, also the interior has been upgraded during the life of the XJ220.

The Jaguar received an impressive stereo system including subwoofers in the boot and extra speakers in the interior.

This system is absolute unique and impressive. The installation has been done on a very high level.

Amongst the stereo the Jaguar has been interior wise upgraded with a beautiful dark brown soft leather interior.

The light on the dashboard and on the different meters have been changed from green to white and the car is fitted with aluminium look panels to give the interior a more modern appearance.

The condition of the interior is impressively nice and does not show any signs of use.

Driving this Jaguar is an absolute amazing experience.

the 680 HP engine is immediately pretty, mightily effective, and sonorous in its own way.

Fast, flowing country roads or a circuit is where the XJ220 feels most at home.

The sound, the power and the feeling you get when you drive the car is actually indescribable.

The XJ 220 it attracted more attention than we could ever foresee. Every petrol stop attracted hoards of fans, mobile phone snappers and young kids asking “what is it mister?”.

The XJ220 today stands to show “new” Jaguar what its heritage means, what can be achieved if a company puts its mind to something revolutionary, something mind-blowing.

Undoubtedly one of the most exciting and interesting Jaguars ever built throughout the company’s illustrious history.

For any collector of British sports cars or modern supercars, an XJ220 is a must-have automobile. Low-mileage examples in well-kept condition can be difficult to find, and thanks to its most recent service, this example is now ready for whatever its next owner has in store, and it would surely be welcome at concours or Jaguar club events.