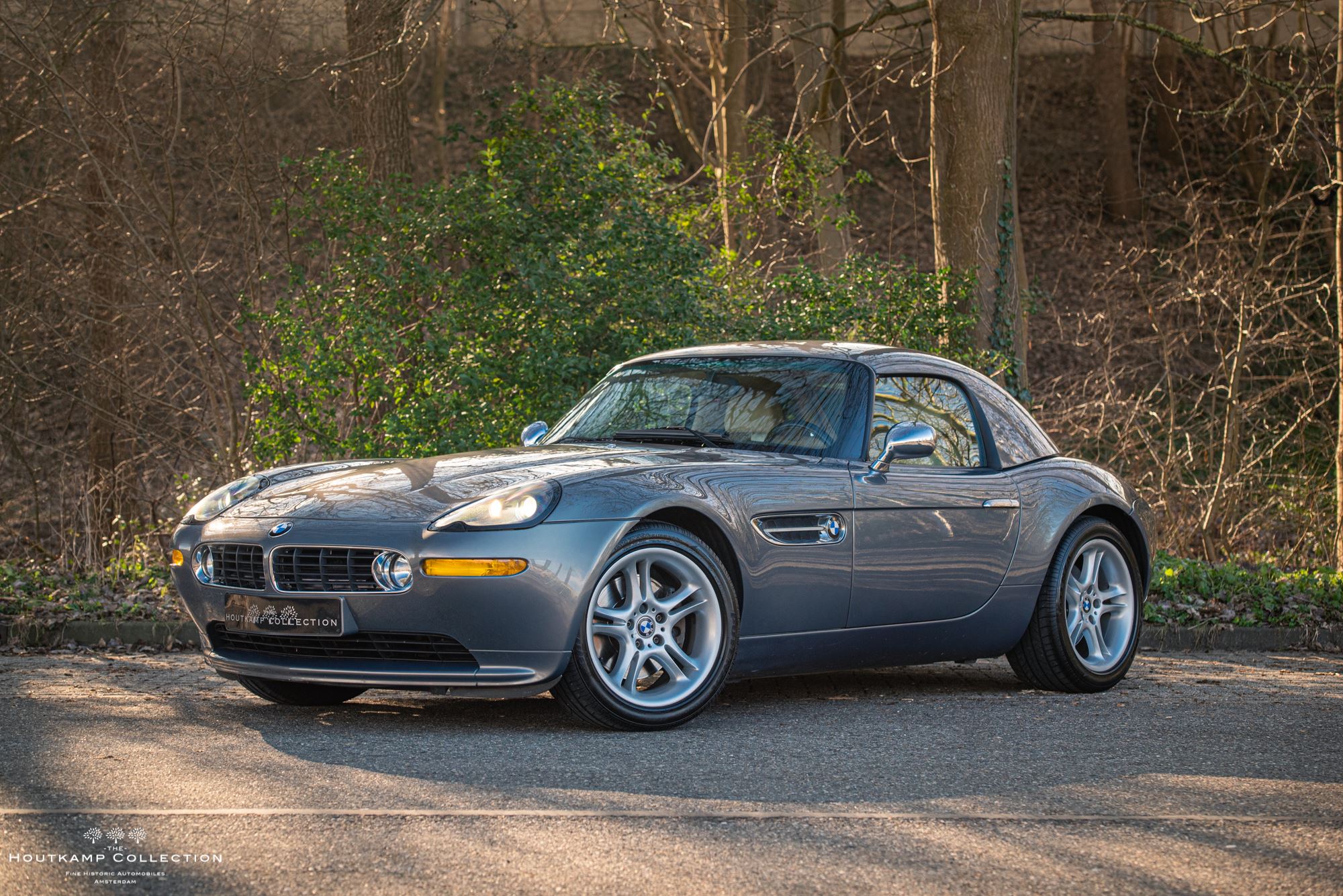 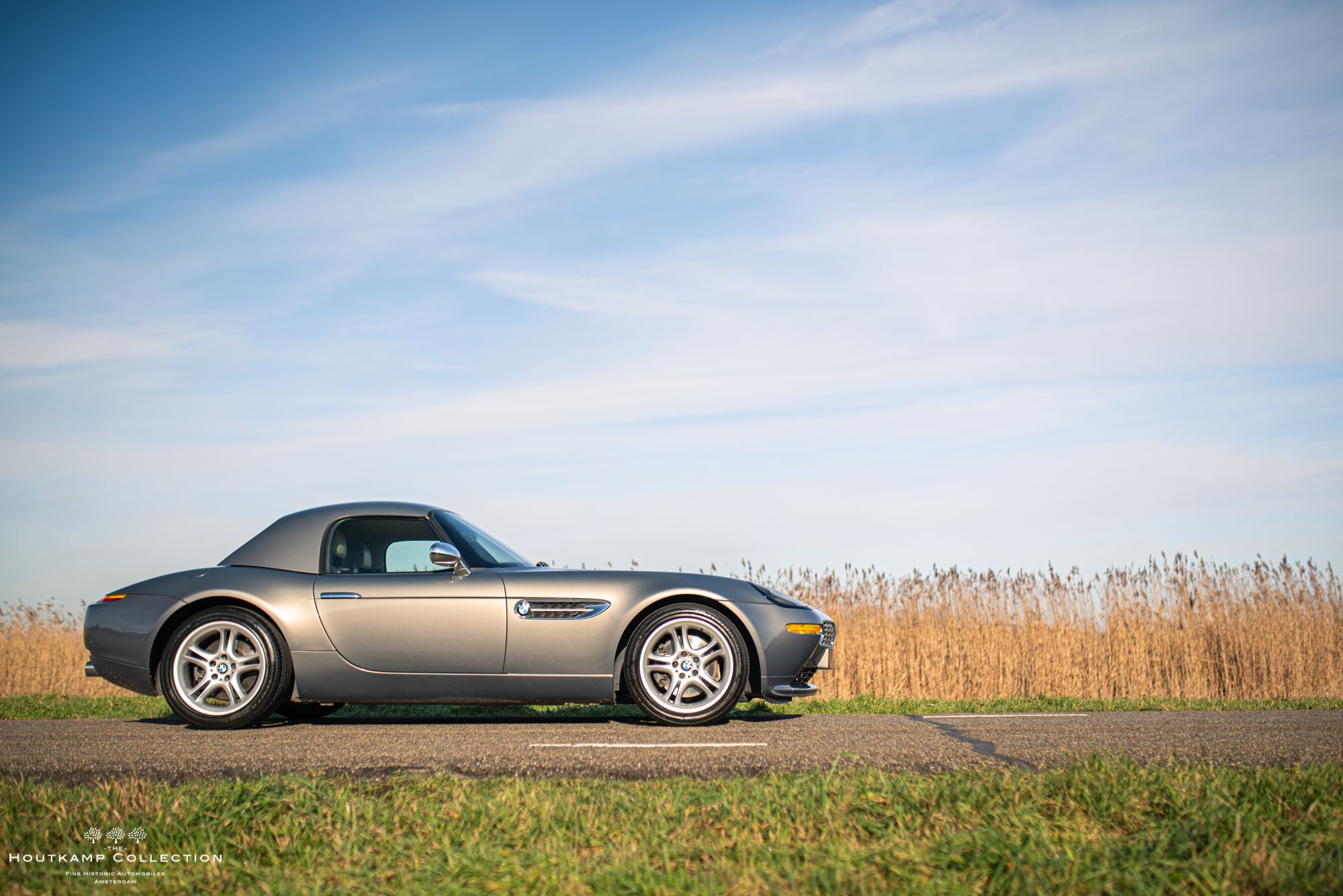 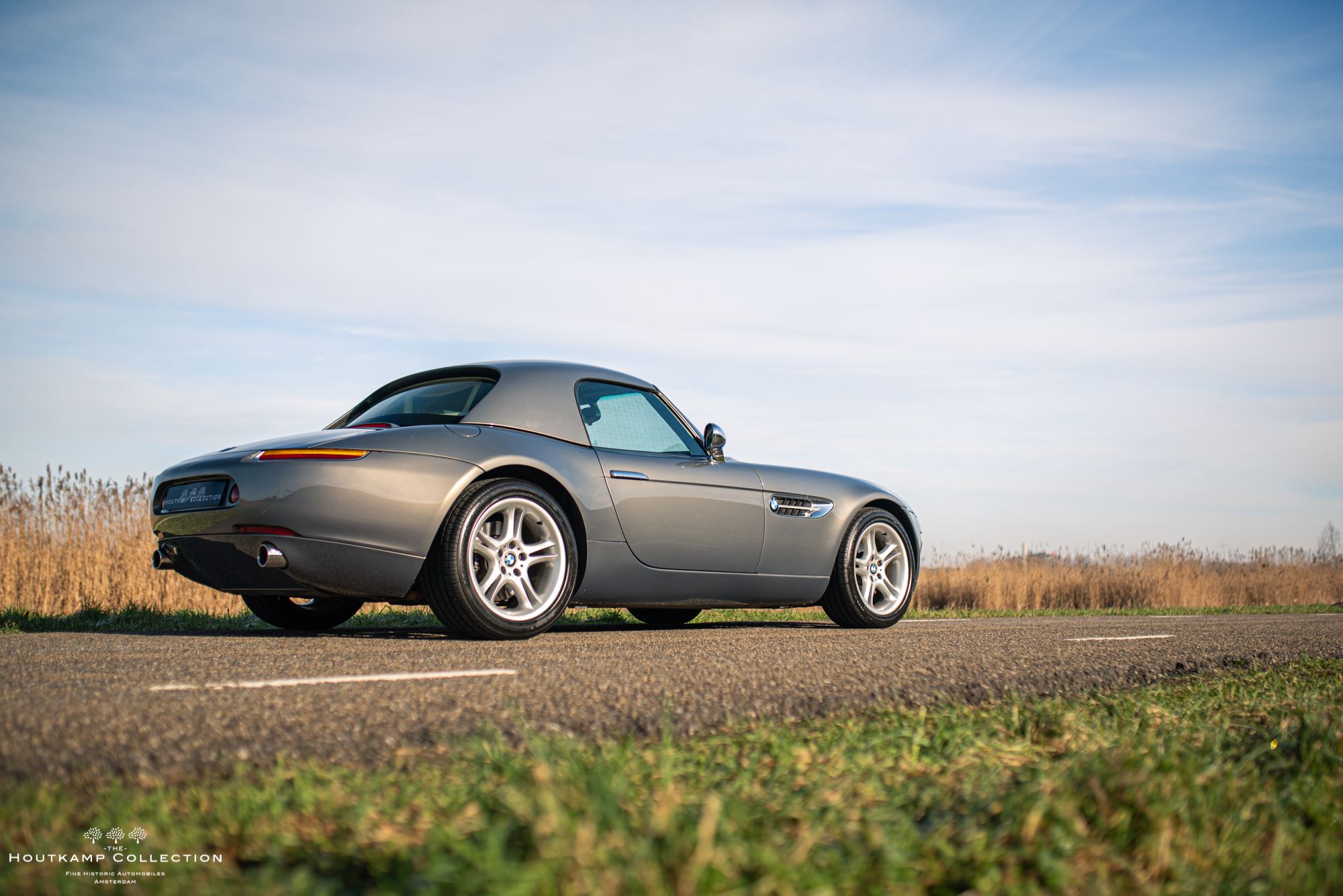 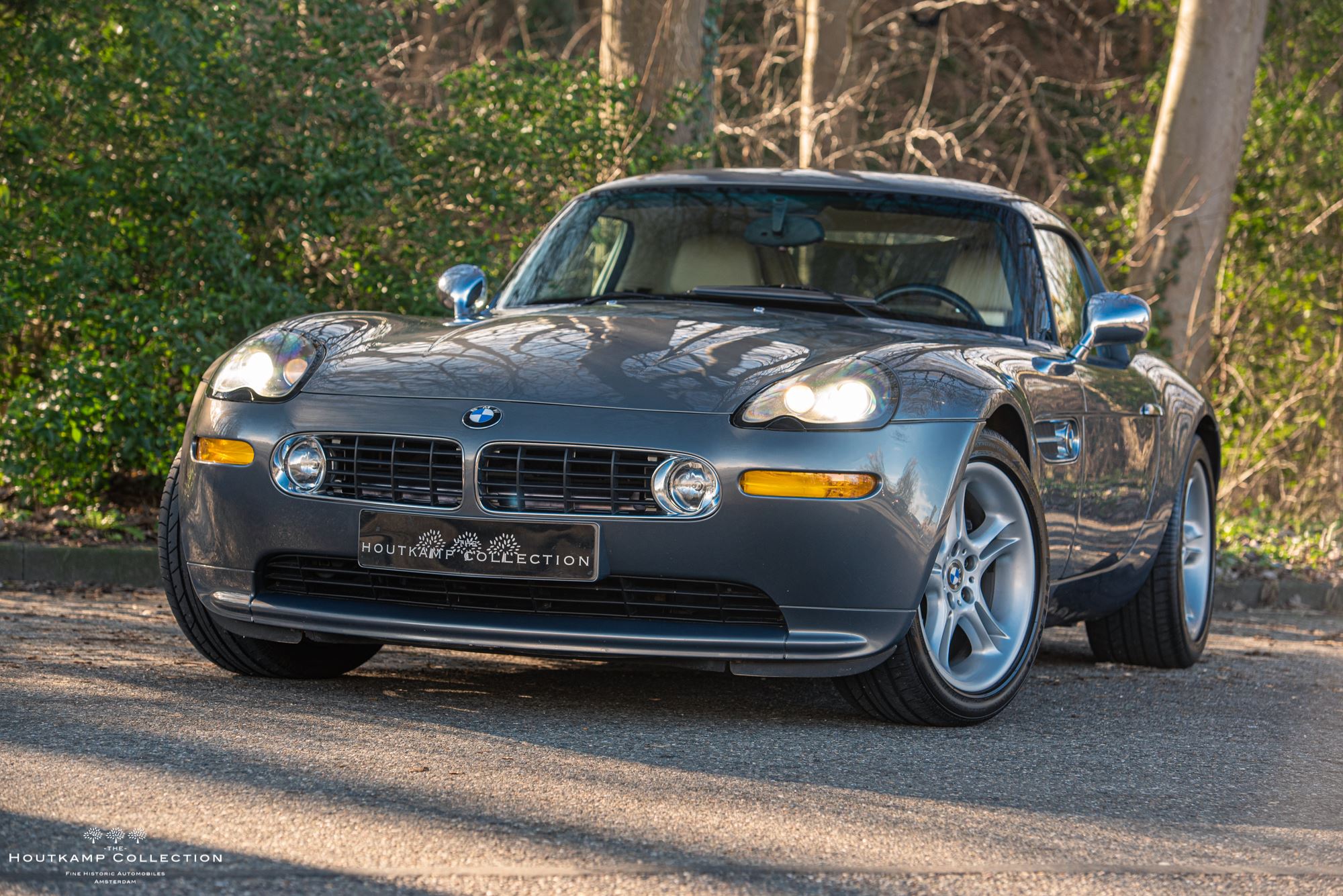 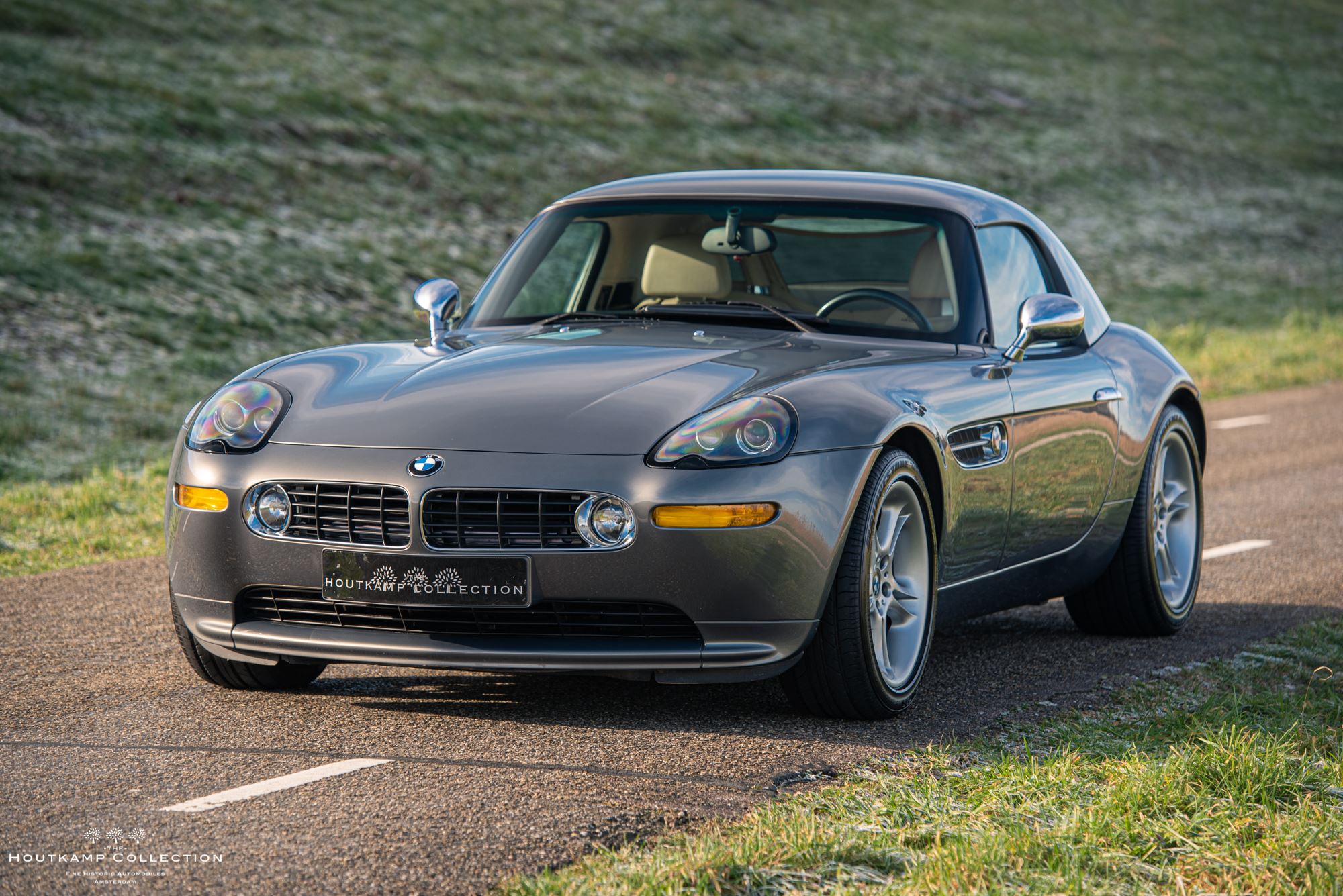 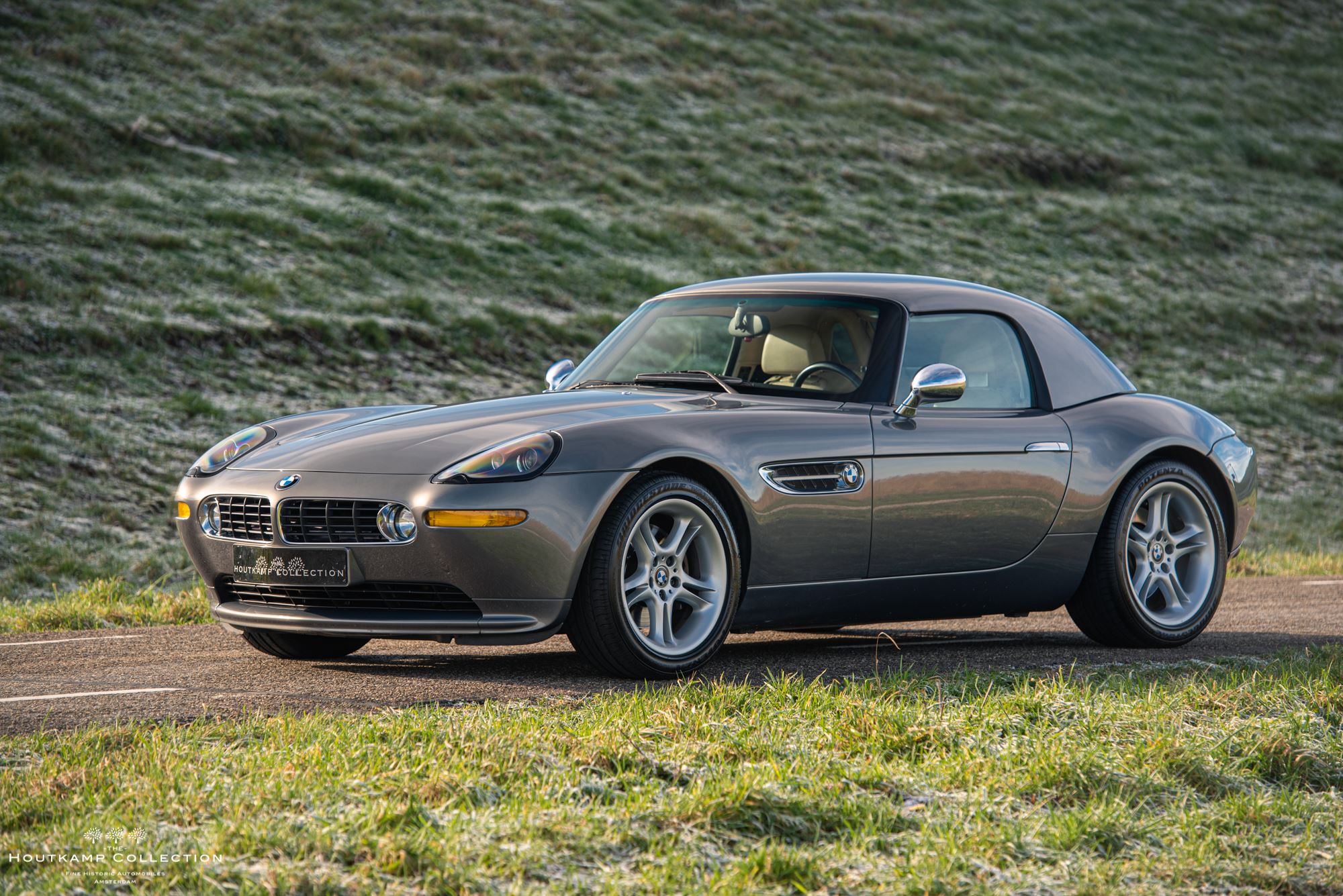 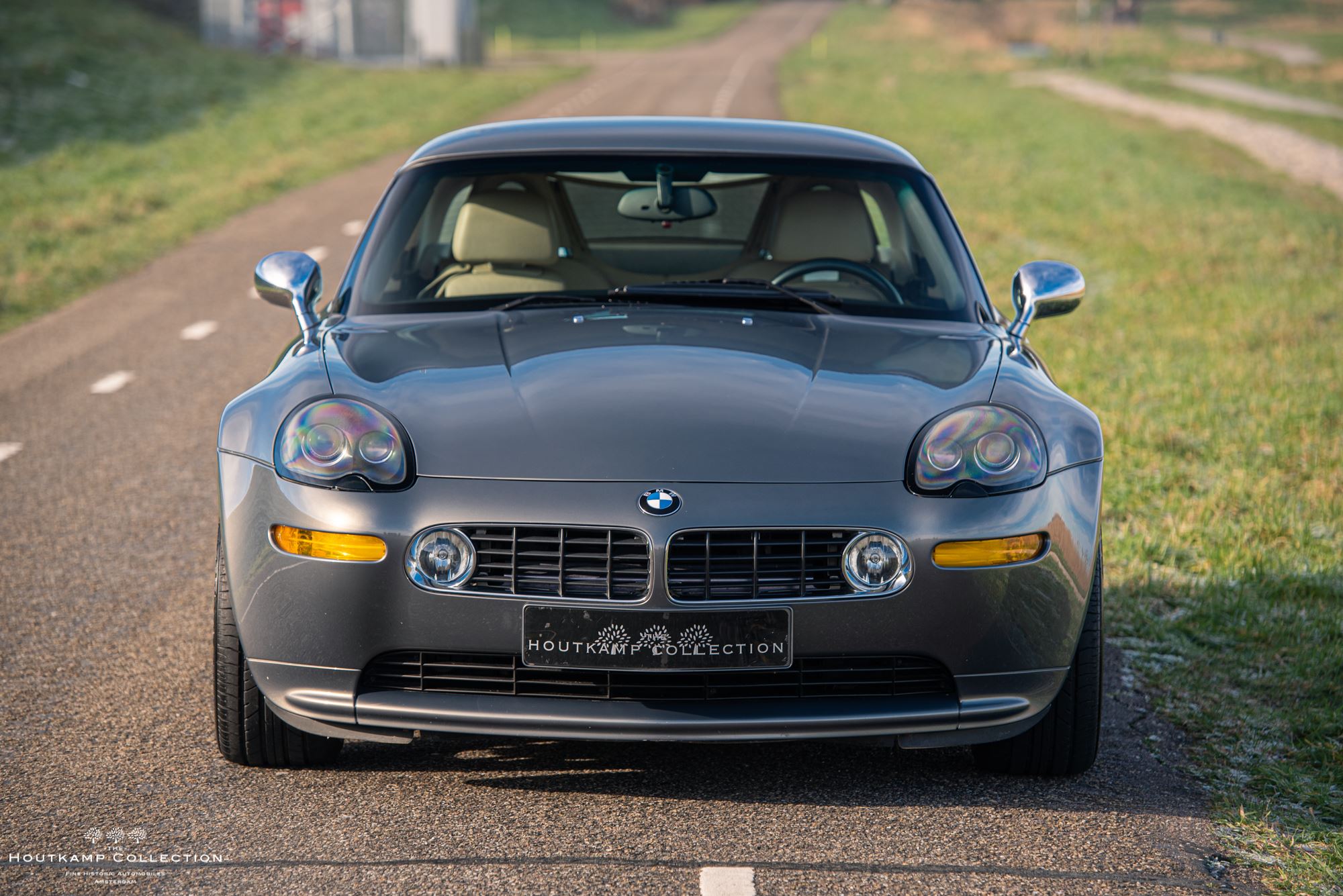 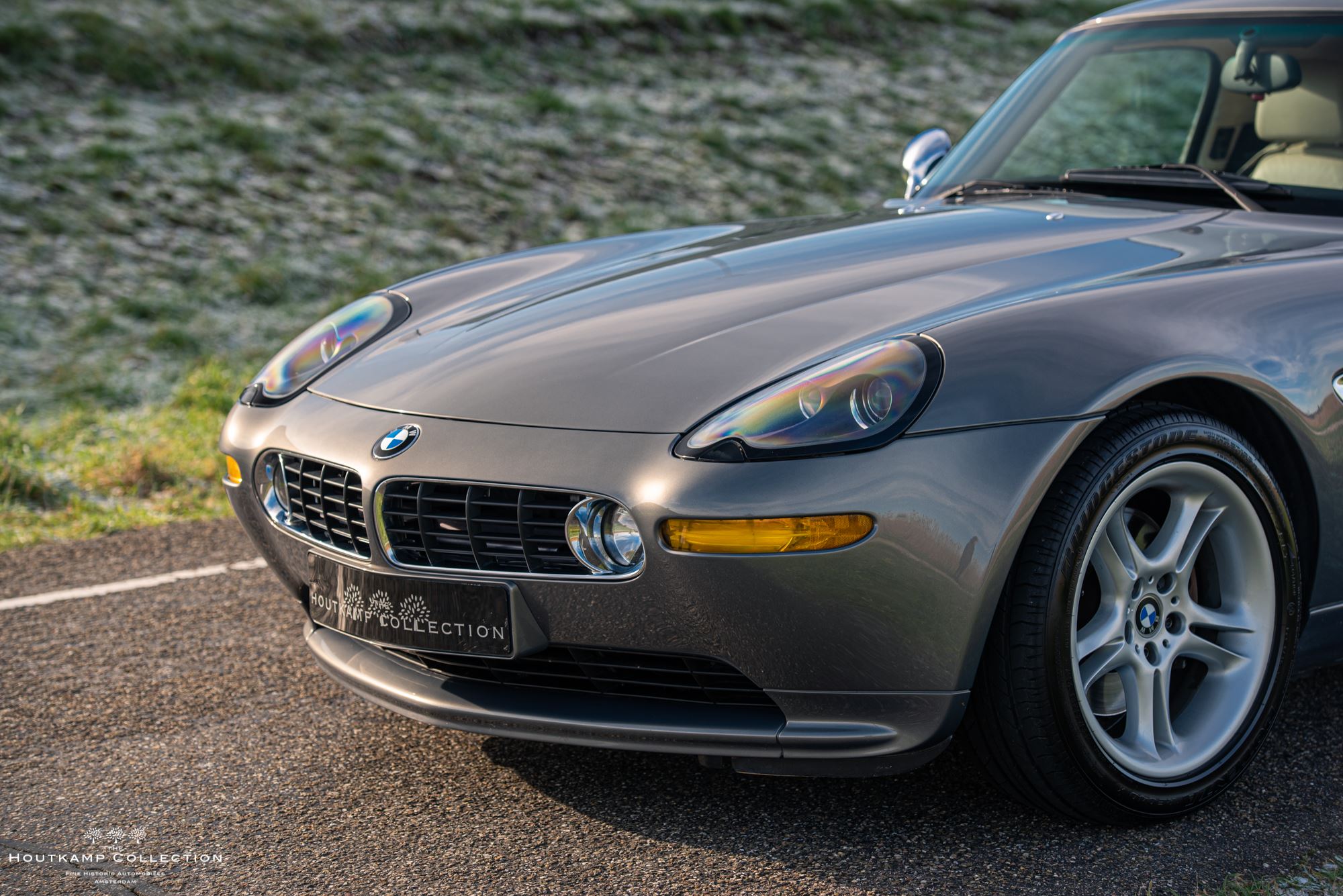 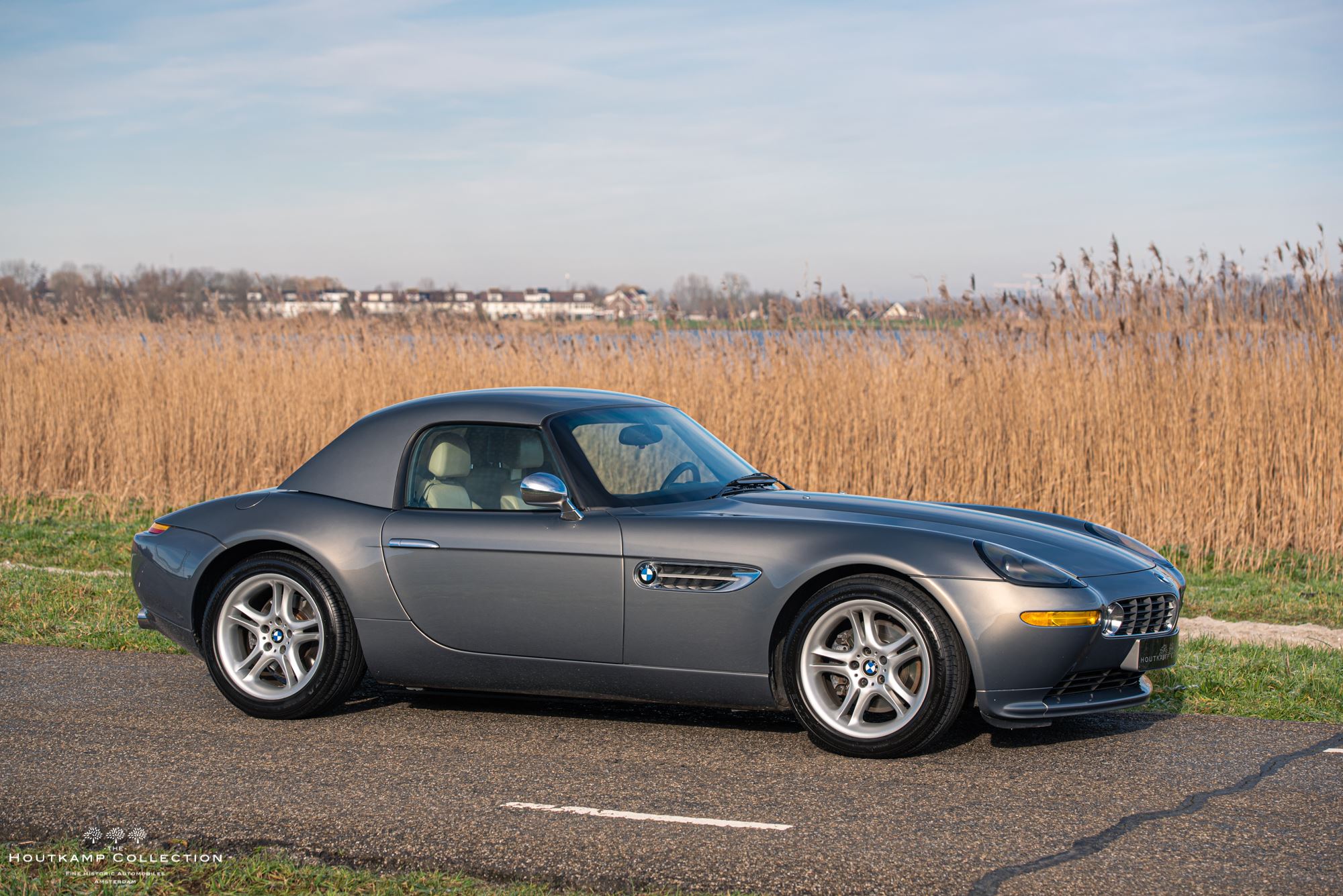 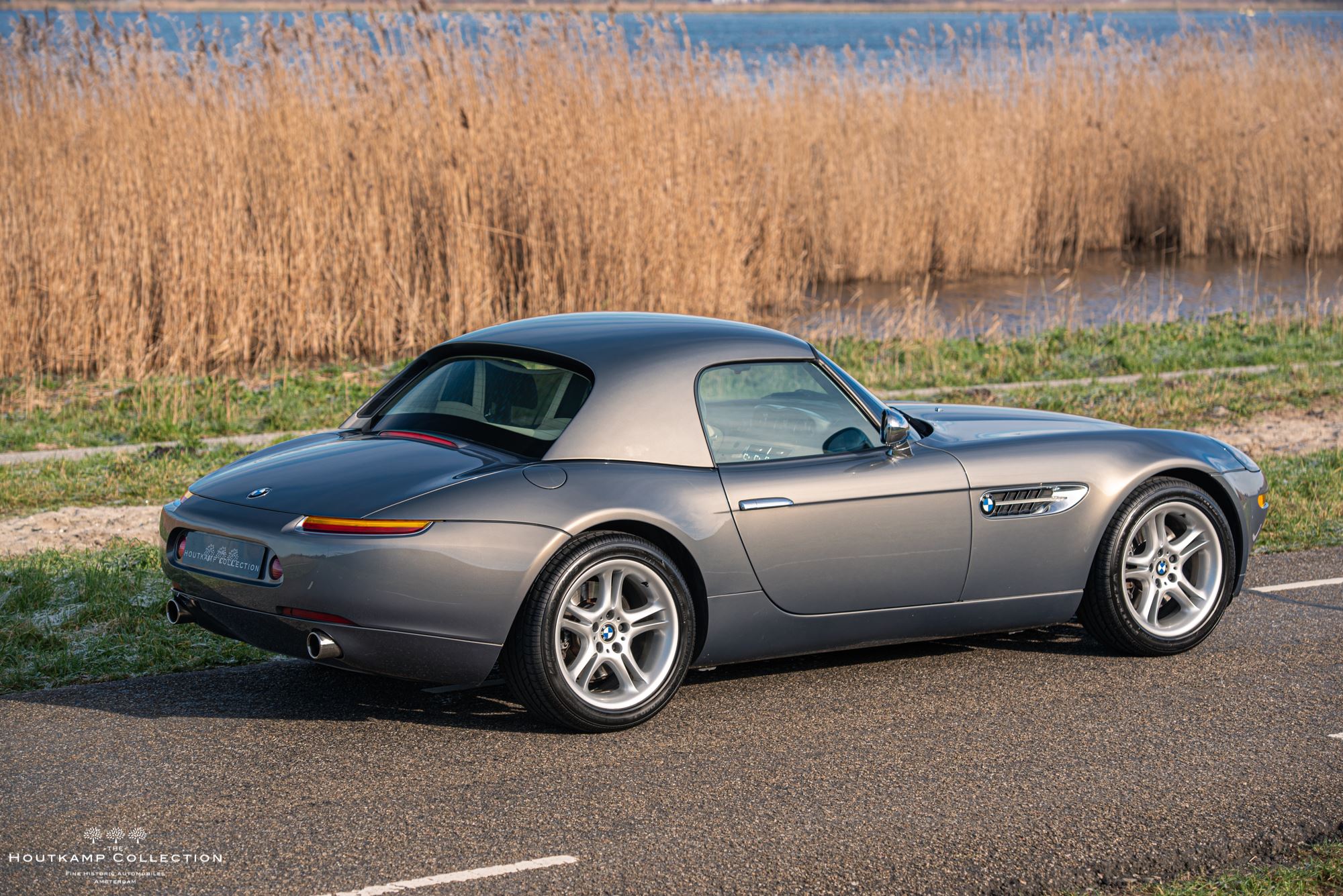 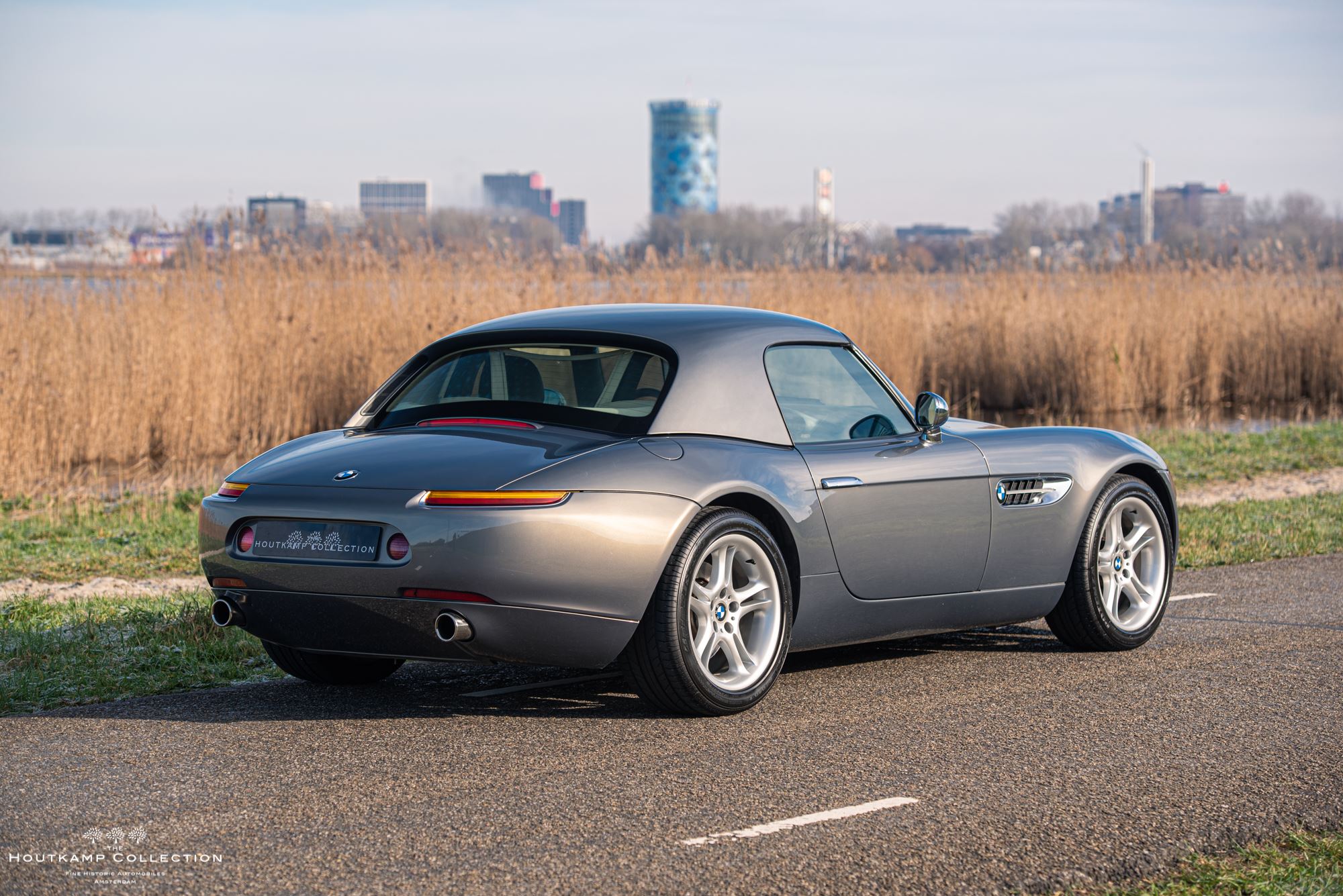 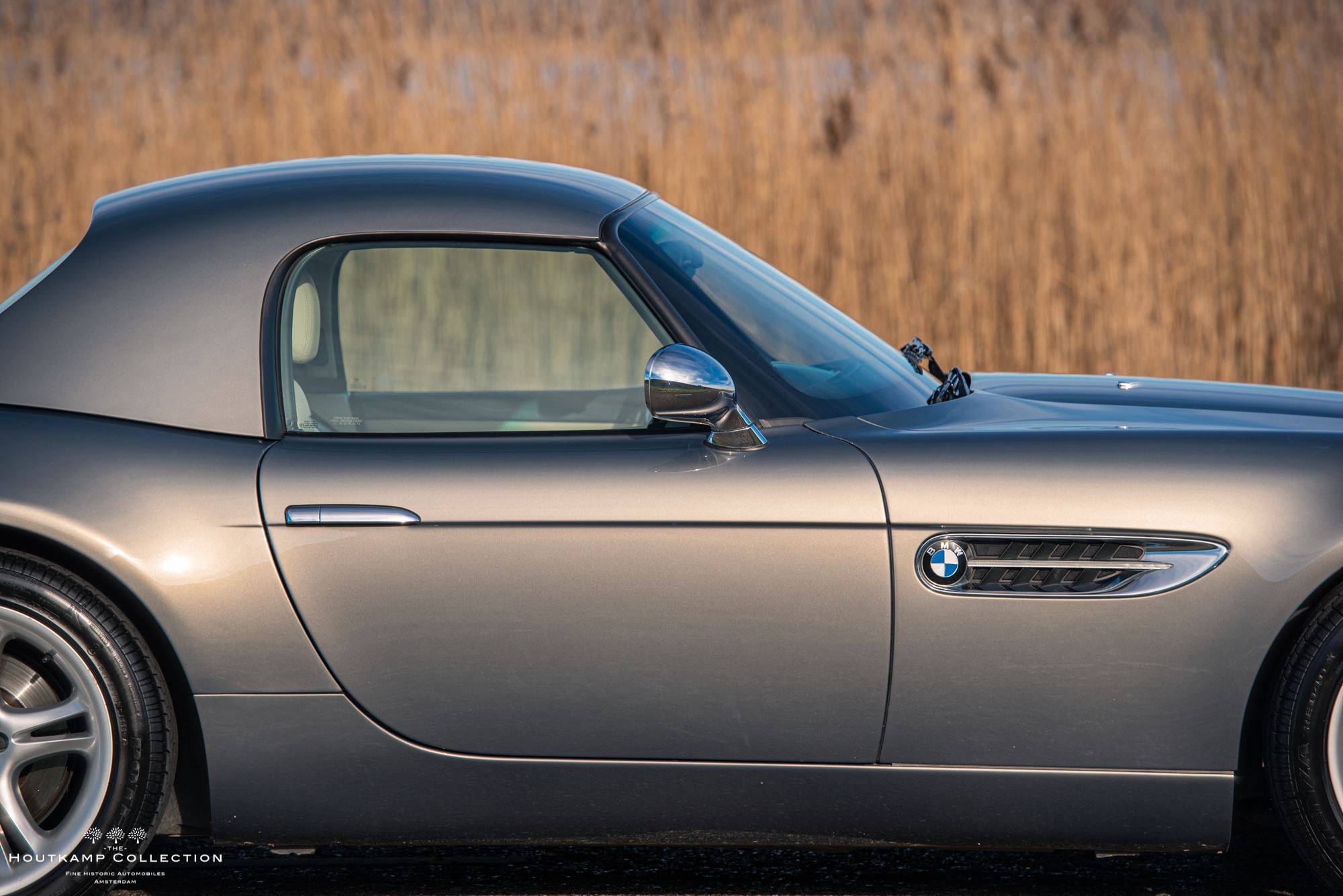 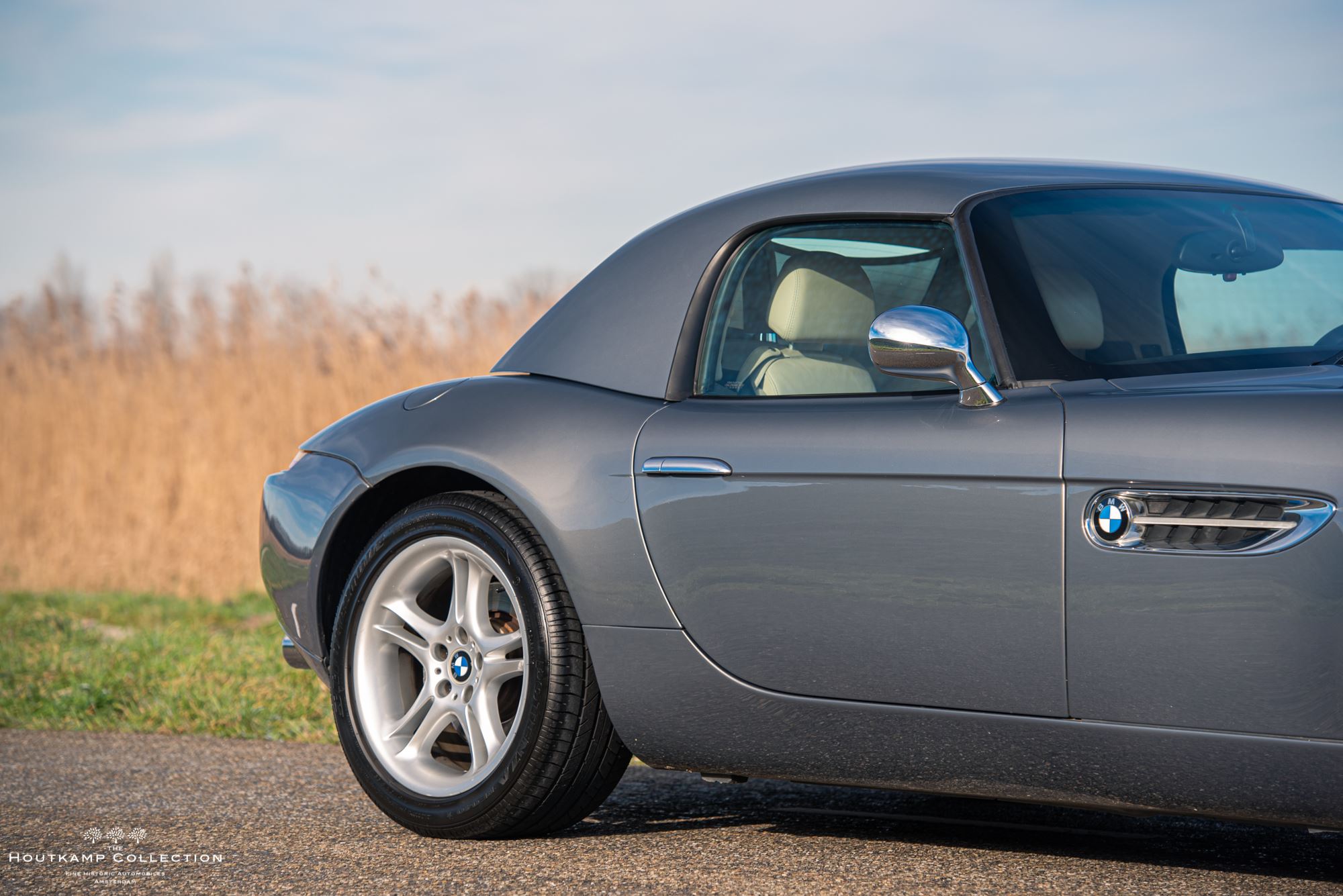 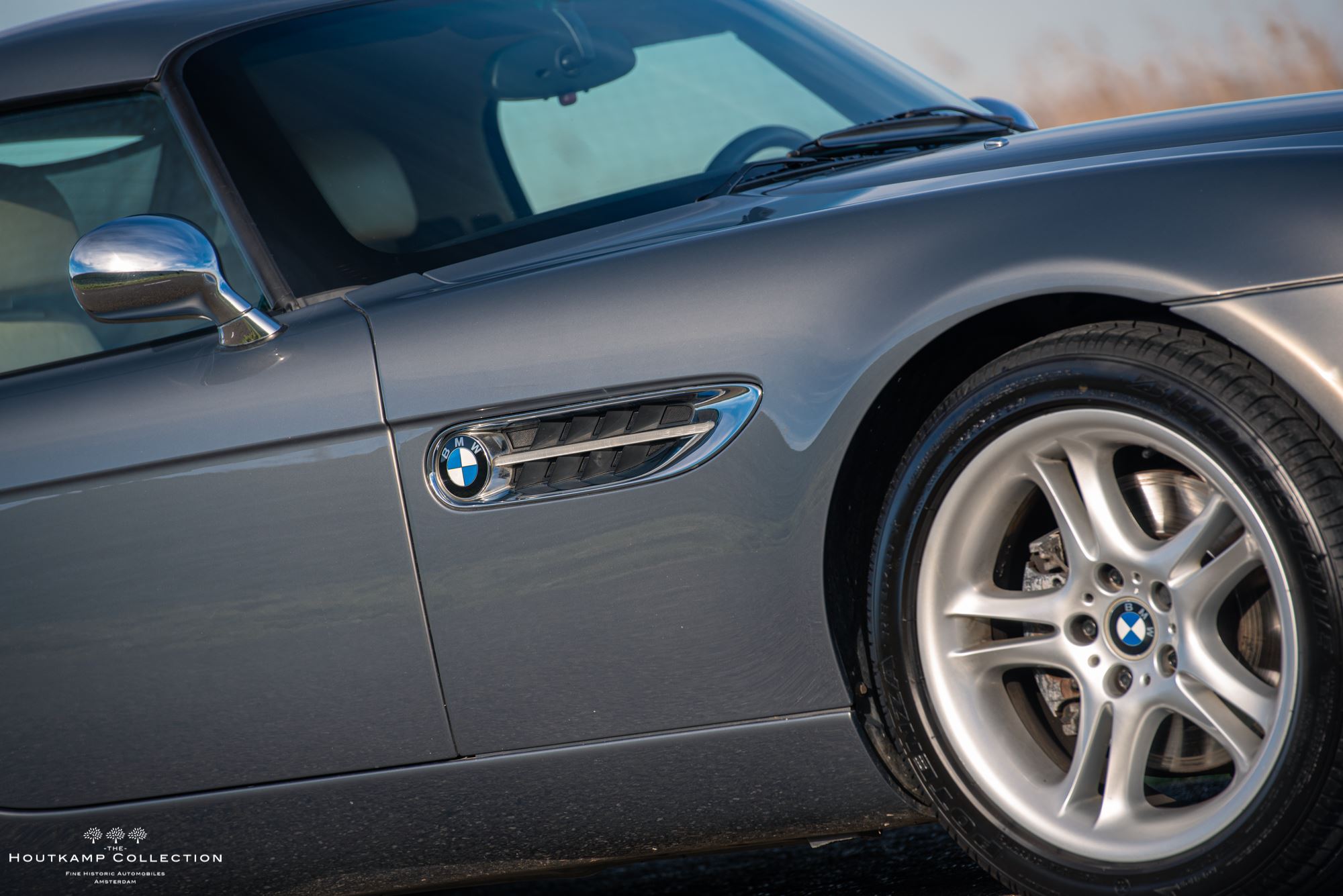 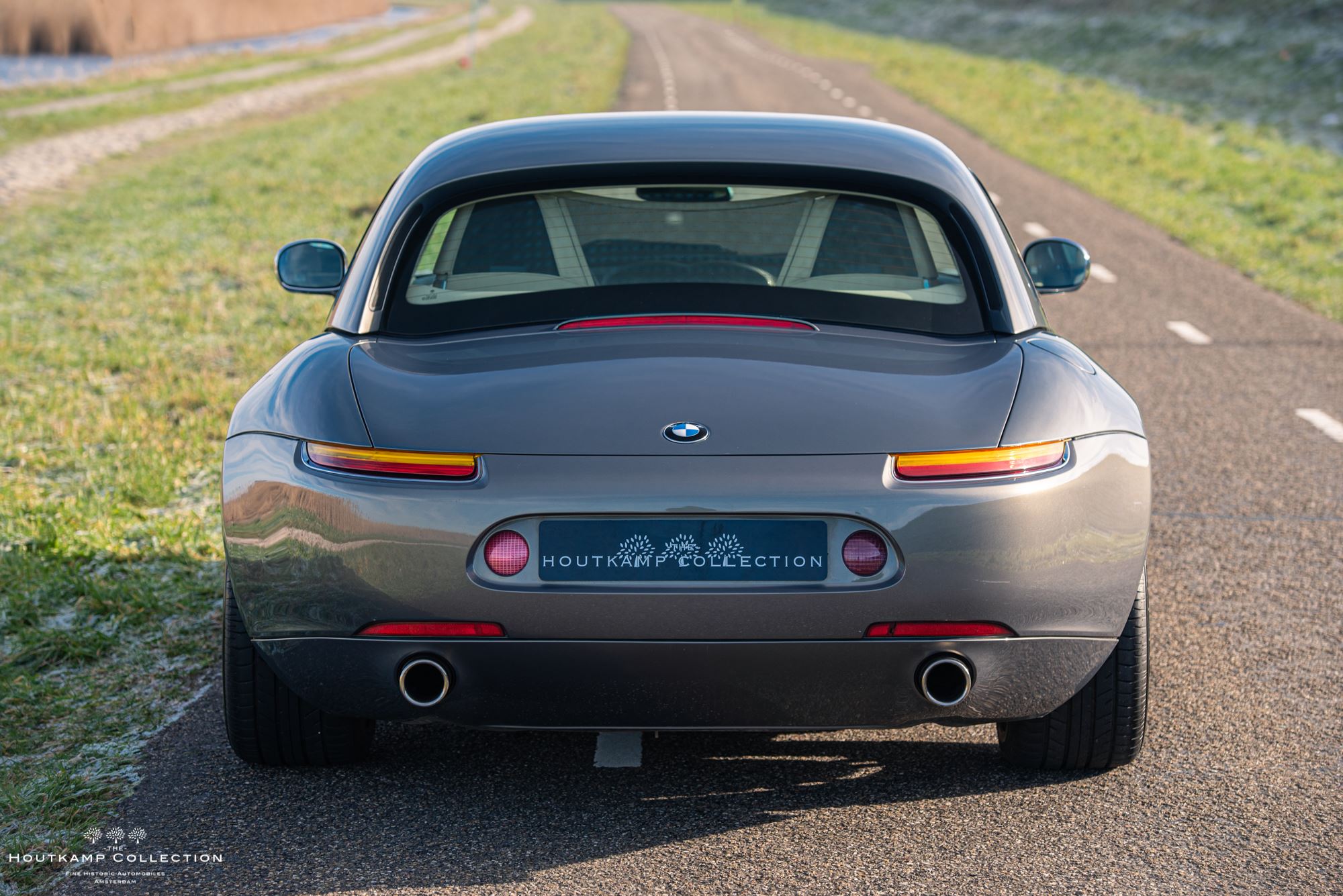 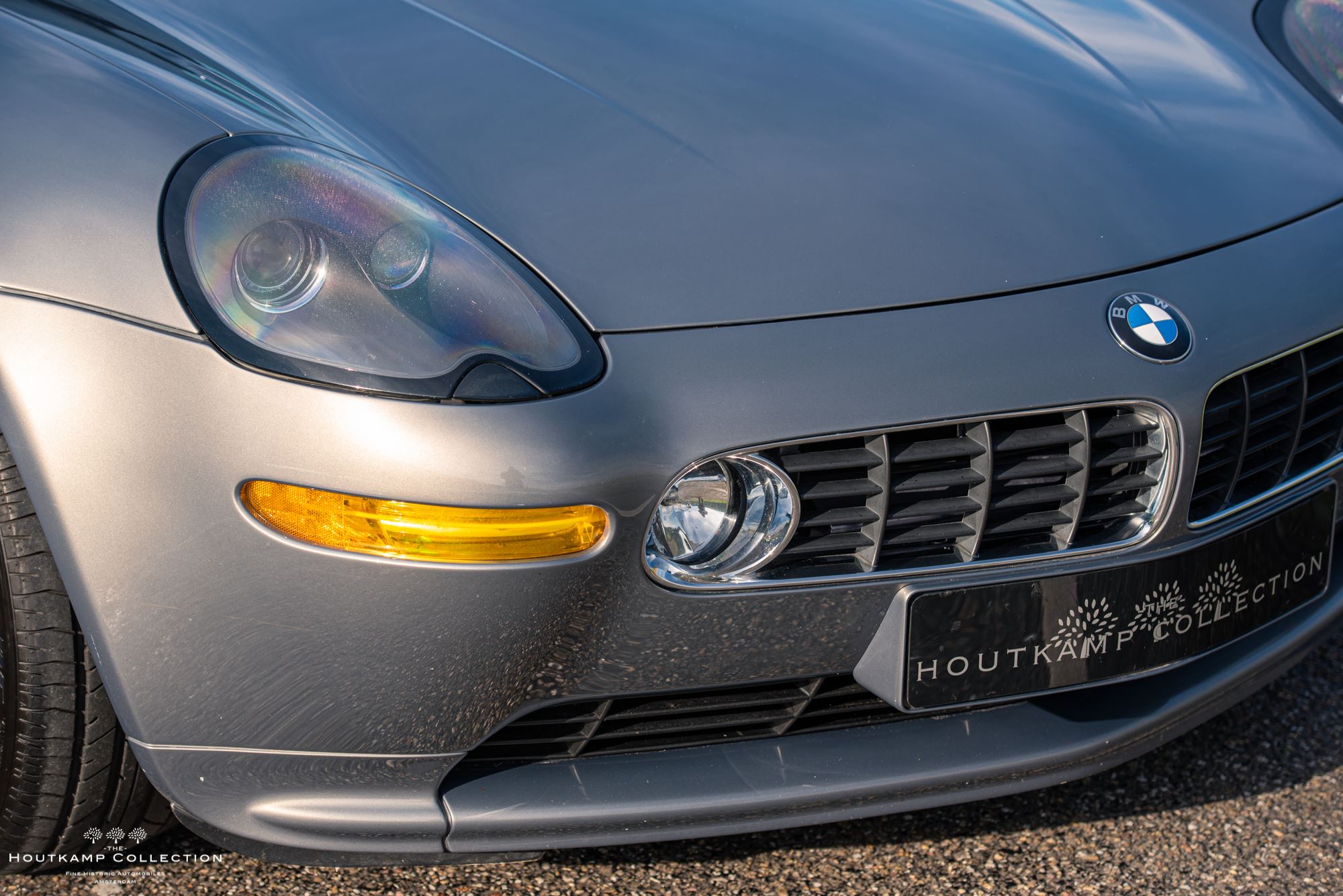 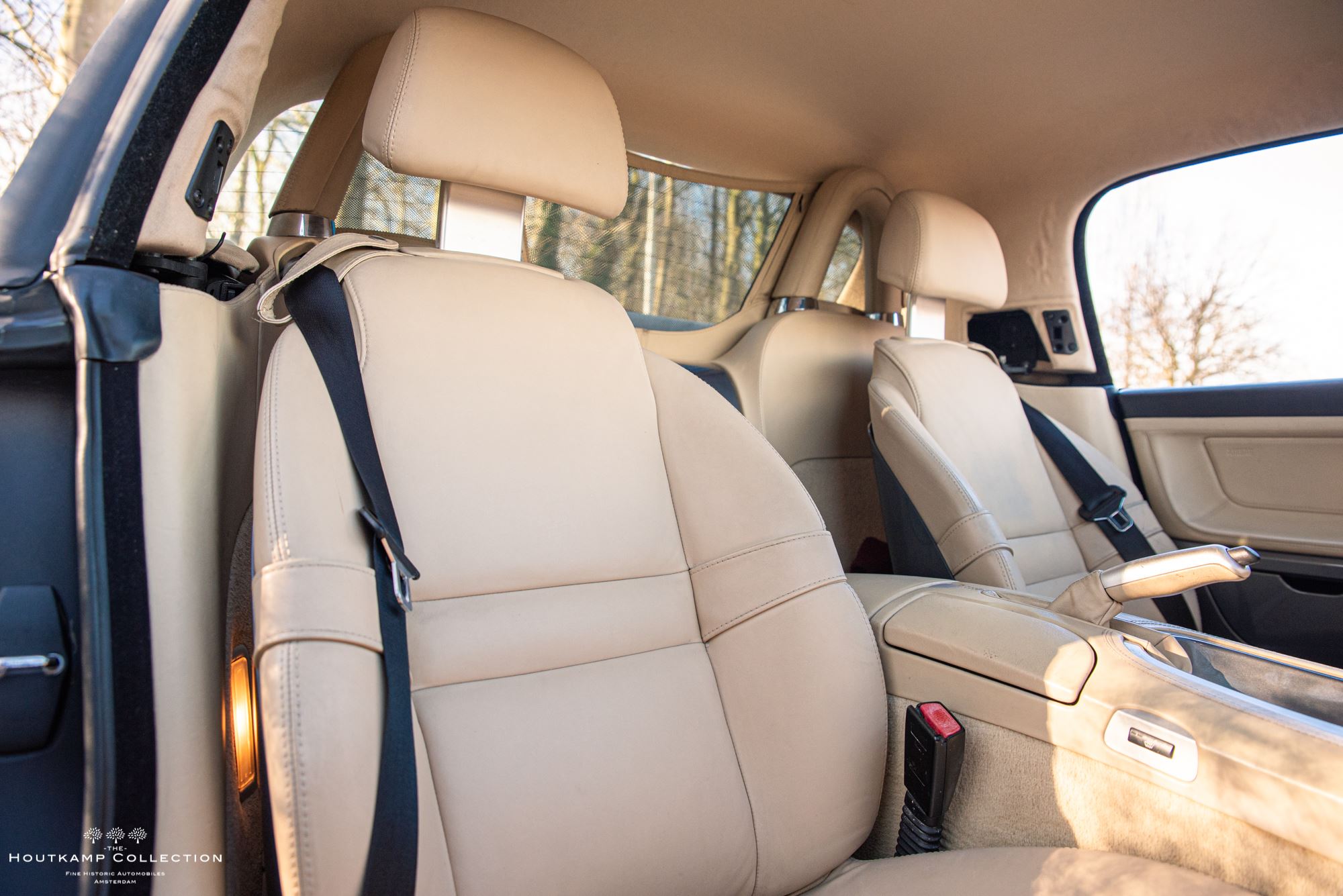 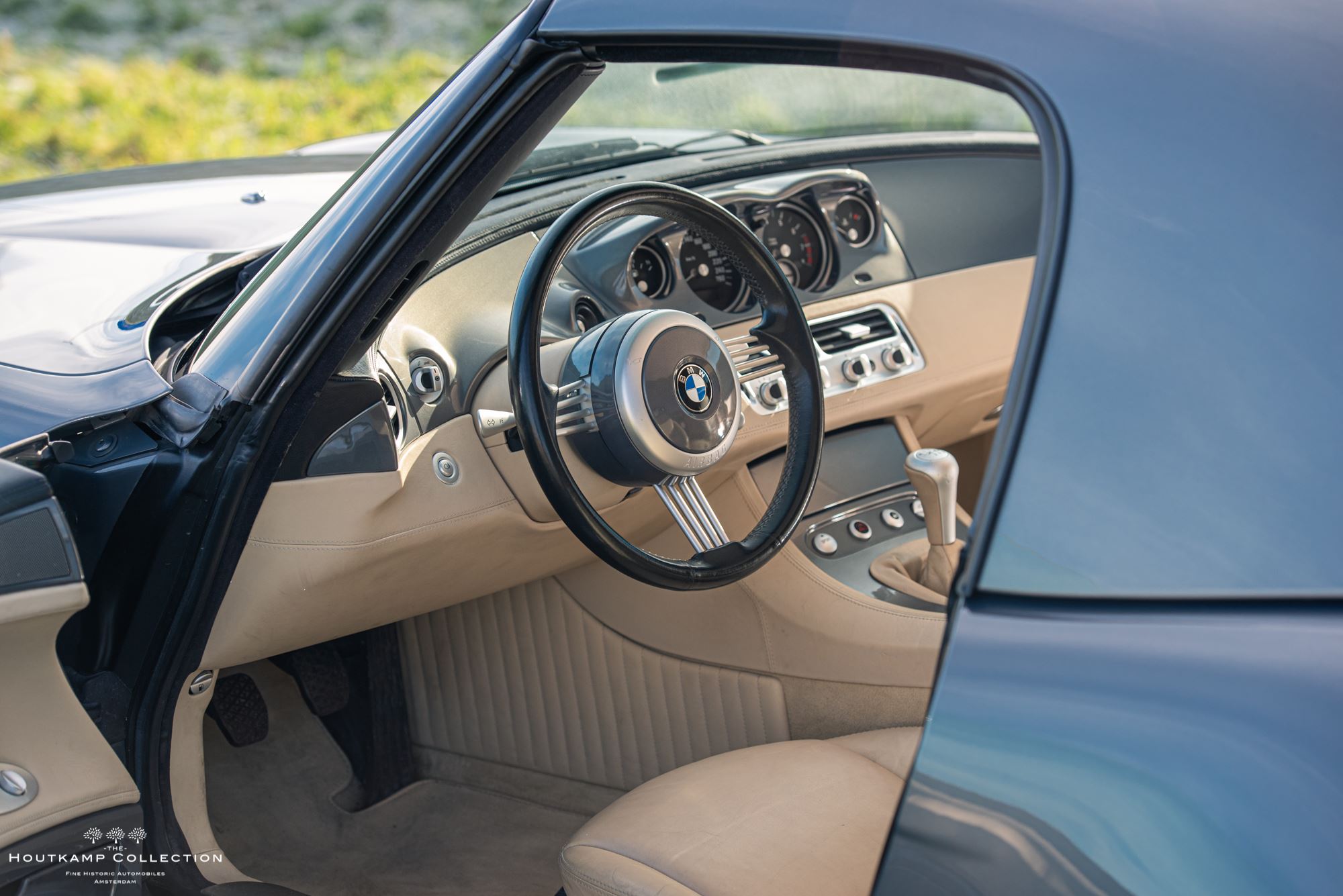 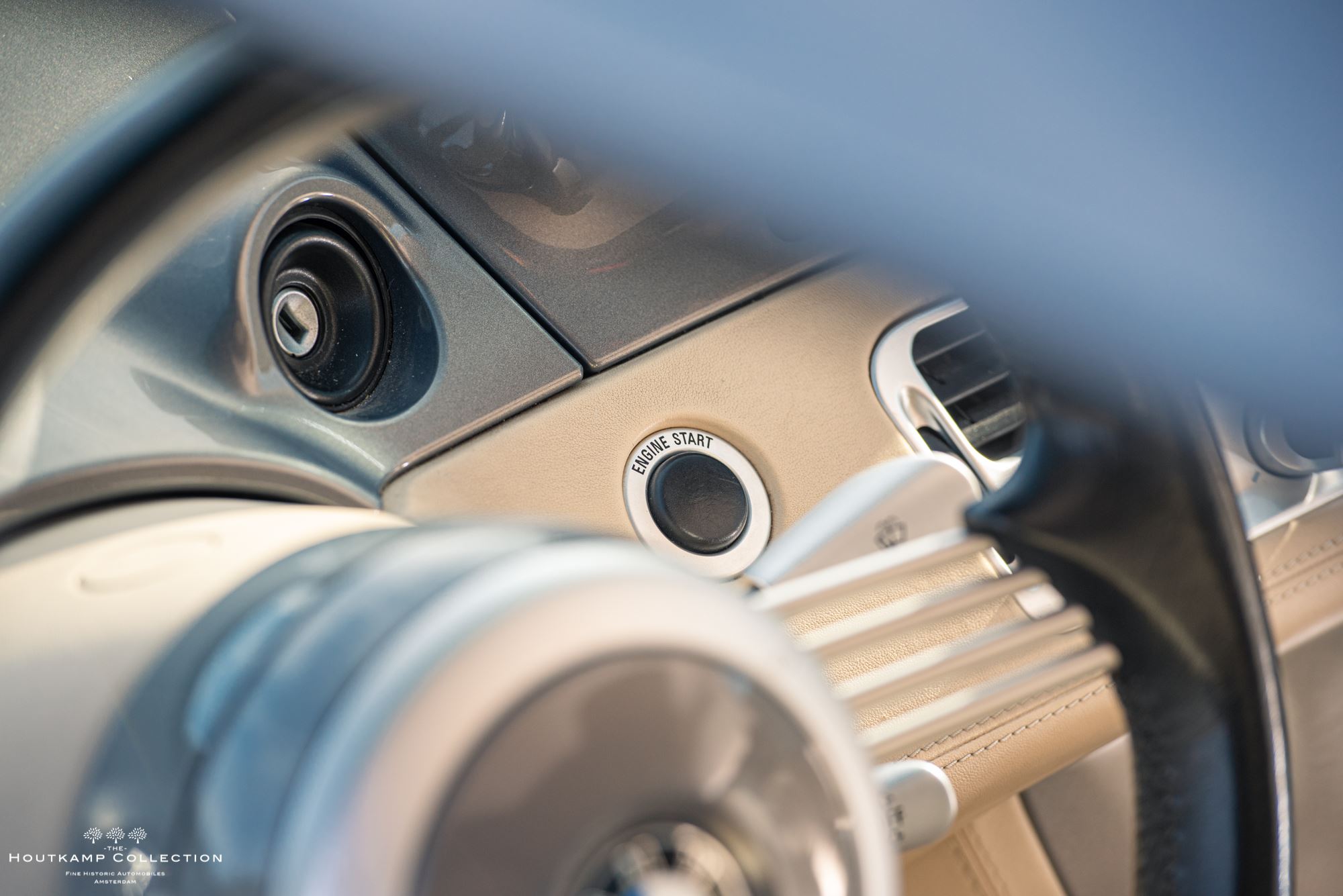 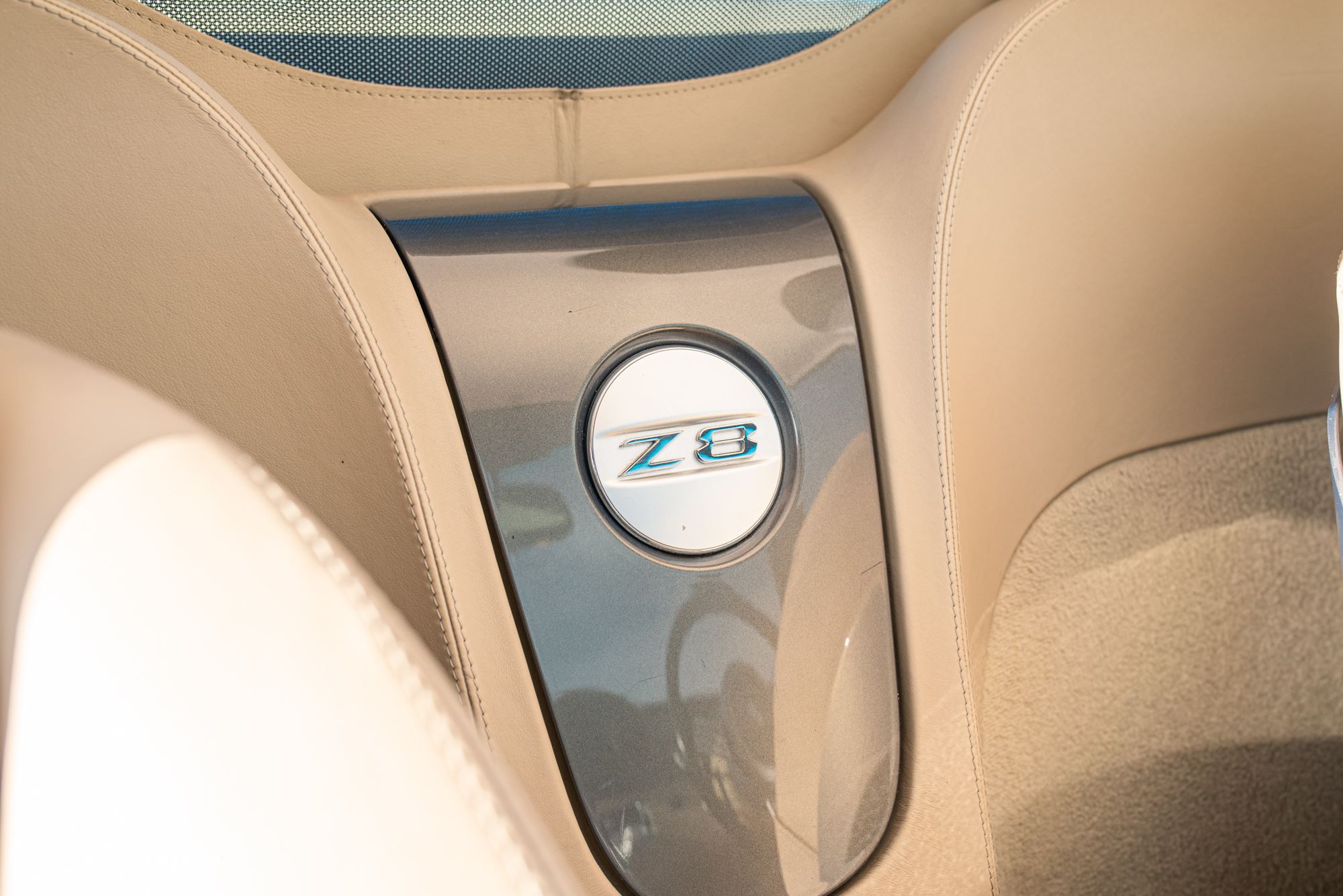 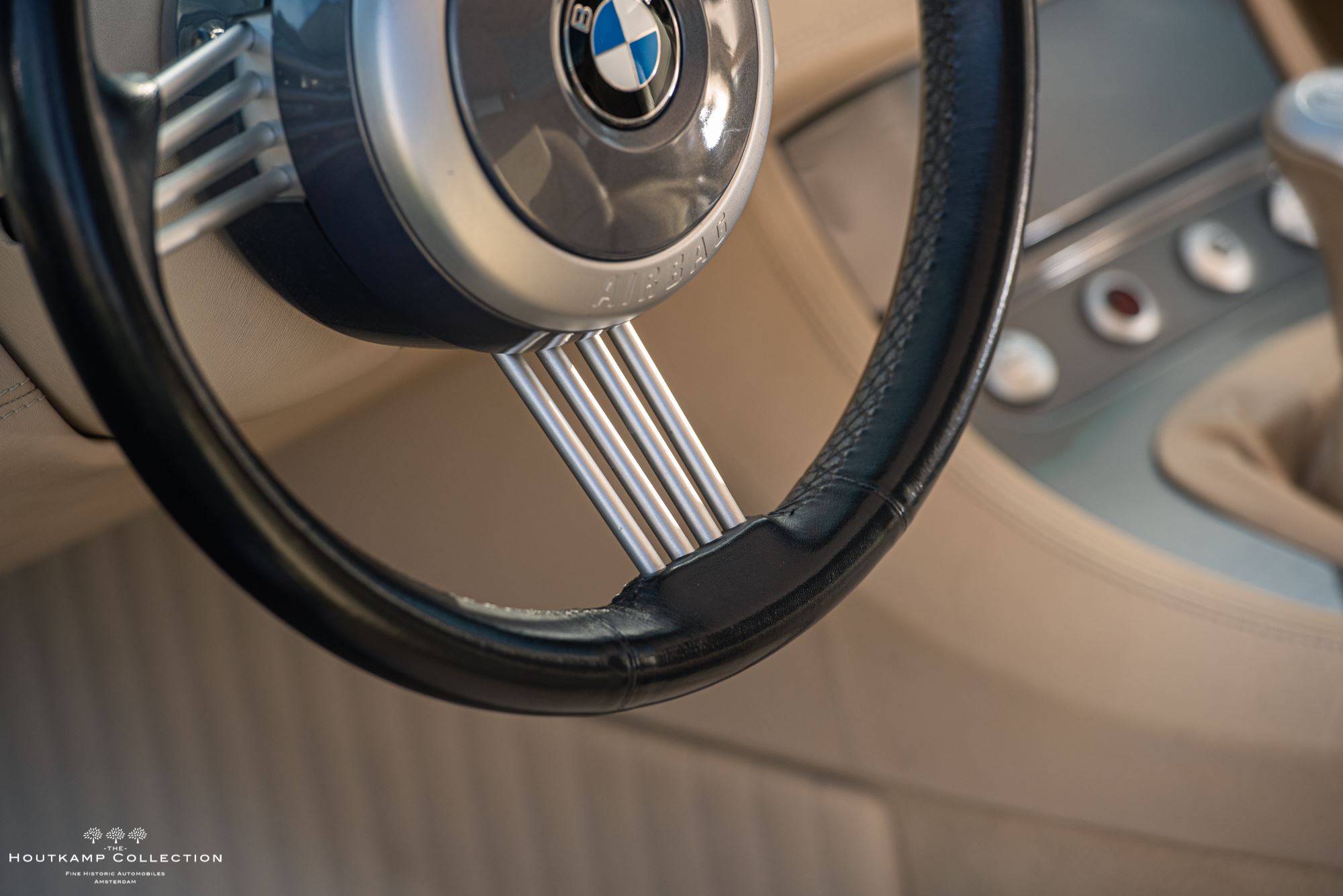 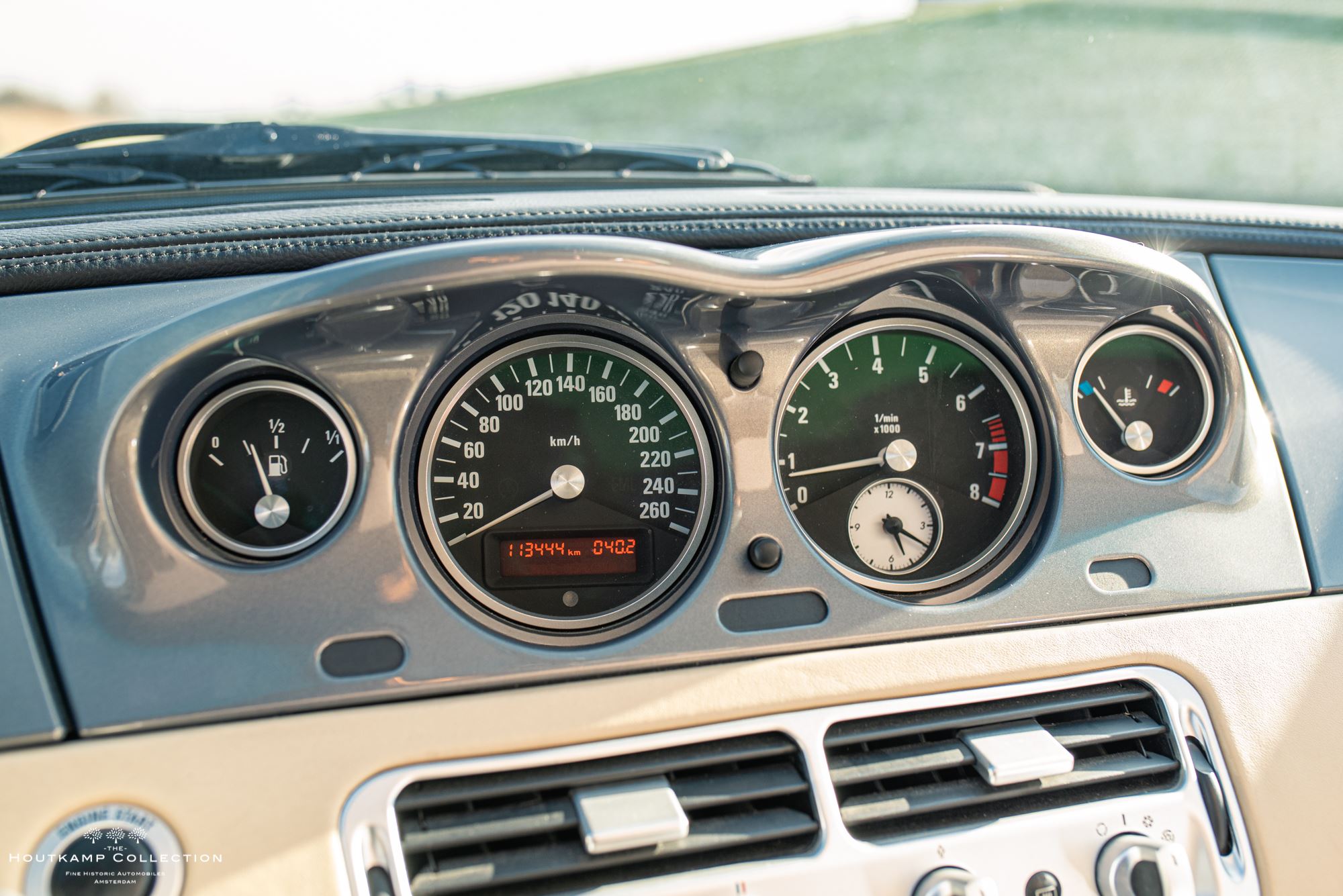 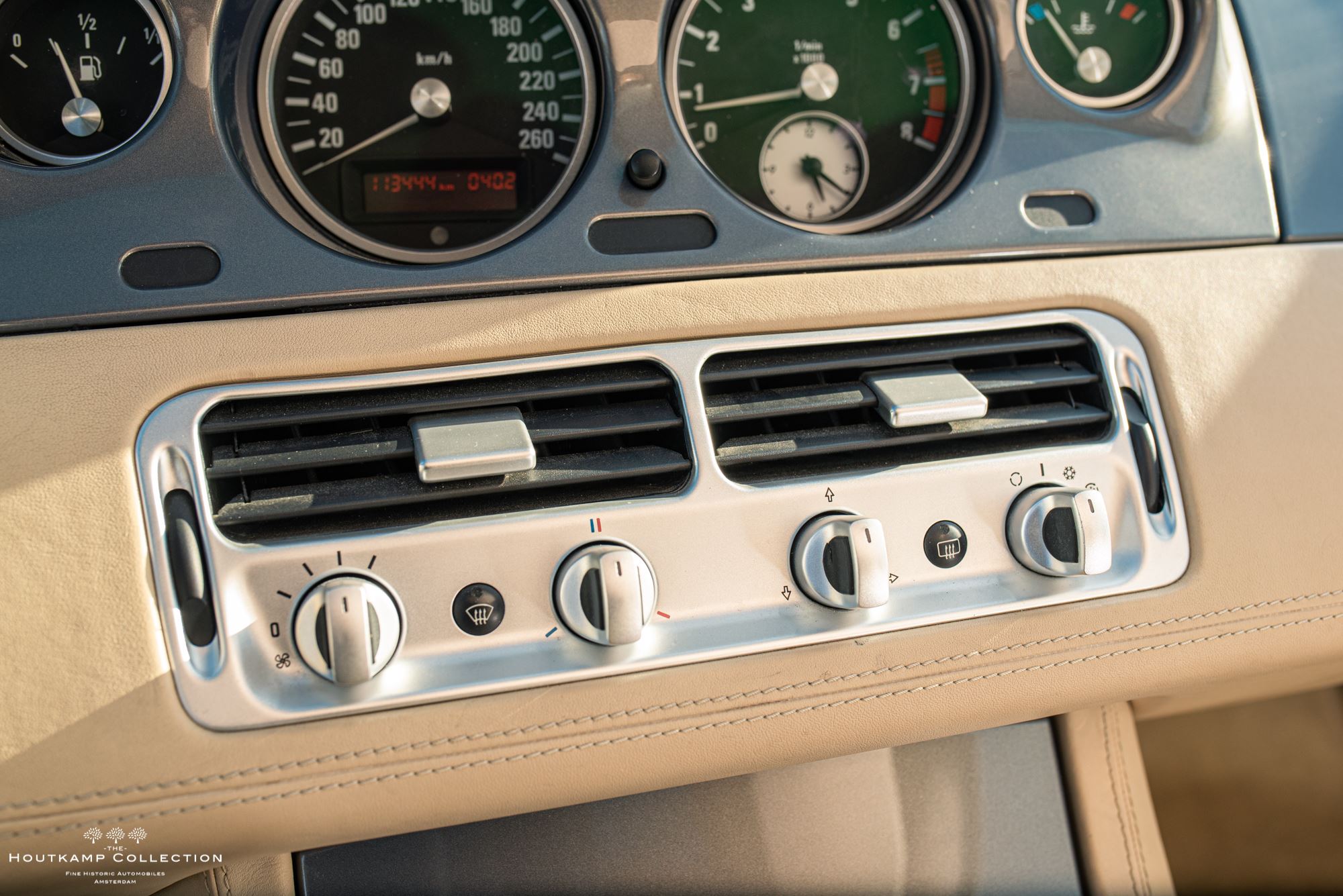 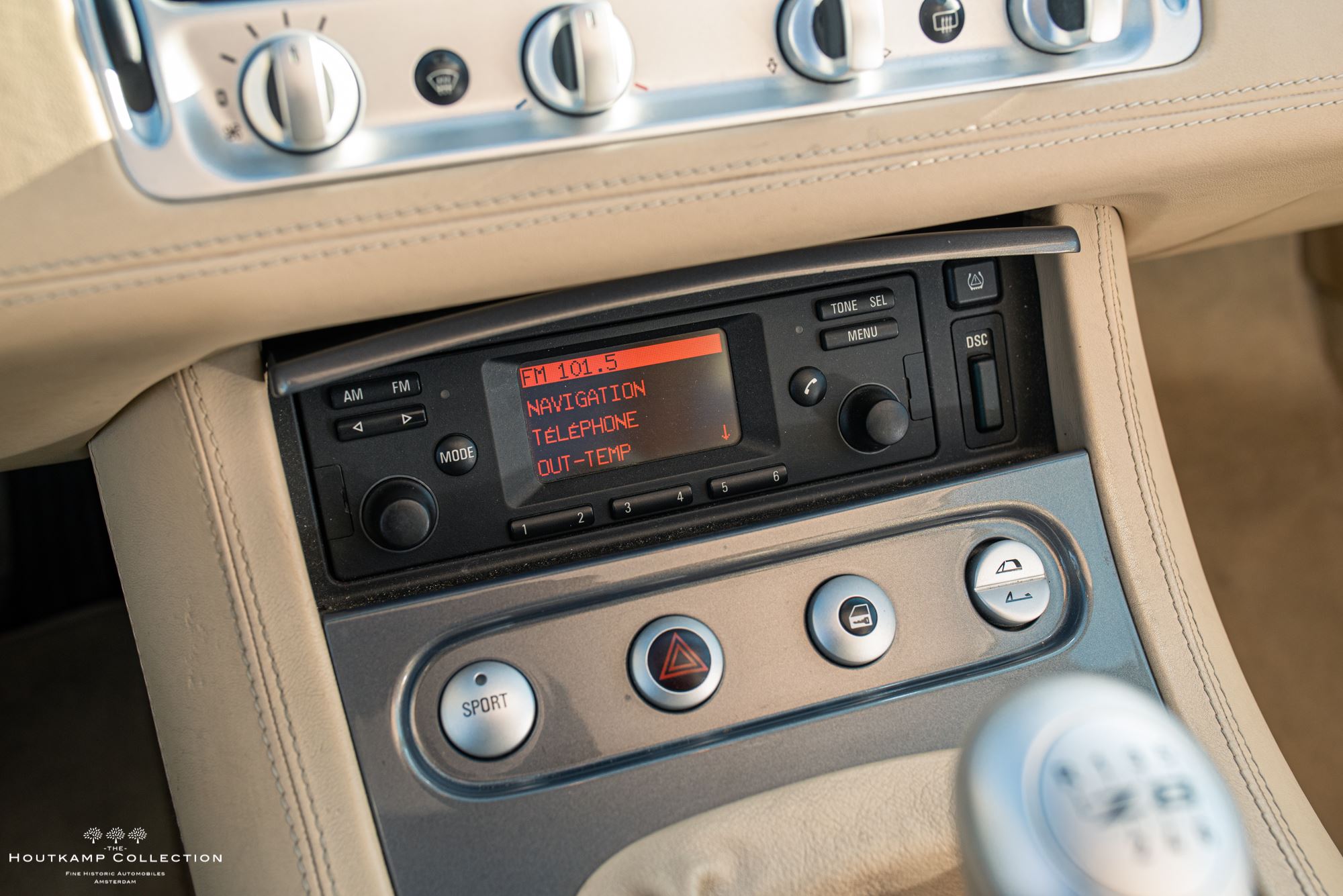 ‘In truth, the Z8’s visual charisma is so powerful that just sitting in this car with the engine off is more fun than driving many other cars. Then when you press the starter button set apart, also a tribute to the past another level of excitement begins.’ Car & Driver

In recent times many motor manufacturers, particularly those with a significant sporting heritage, have felt the need to reference iconic models from the past when launching their latest.

BMW introduced its quirky Z1 Roadster with roll-up doors in 1988.

The three cars could not be more different in their design, engineering, and intention.

However, like the Z3, the Z8 was chosen to star in the newest James Bond film, The World is Not Enough, where it unfortunately met an untimely end!

Inspiration for the Z8 came in 1993 when BMW’s Wolfgang Reitzle and Bernd Pischetsrieder attended a party at the factory where a vintage BMW 507 was displayed.

The duo liked what they saw and decided that, one day, they would try to repeat the trick. Conceived under code Z07, a team from BMW Technik GmbH developed a concept car that was unveiled at the Tokyo Motor Show in October 1997.

All Z8’s were fitted with BMW’s silky smooth and powerful 400-horsepower 4.9-liter V-8, as used in 5- and 7-series models, while backed up by a Getrag six-speed transmission from the M5.

The limited-production model went on sale in 2000, with 5,703 examples built.

This splendid example of BMW’s limited-production retro-inspired Roadster was delivered new in Belgium, it has only covered a mere 6,000 Kms a year from new and has now a total amount of kilometers of 111.000. The car is finished in the attractive combination of Stratus Grey with a beautiful Cream leather.

The Stratus Grey color is the most unique color and only 196 examples are made in this color.

Even more interesting, just 46 example were ever produced in this colour combination of Stratus Grey with a Cream interior.

The BMW is in a beautiful condition and has been perfectly maintained over the years.

The BMW is complete with it’s original windscreen, all books, toolkit and all keys.

The exterior condition of the BMW is shortly to describe as close to perfect. The paint has a beautiful deep gloss and it’s hard to find signs of use.
It’s clearly visible that this car has been since new a collectors car.

The interior color of the car combines extremely well with the exterior color. It’s a very chique combination.

The 507-inspired interior is in a nice condition with no excessive wearing on the seats, trim or carpeting.
The wearing signs are small and very acceptable for a car from this age.
The seats as well as the complete interior looks beautiful, It is easy to see that one has taken care of the car.

The pictures of the car were made before the car was professionally cleaned and polished so you can understand that the current condition is really nice.

The Z8 also came with all the modern appurtenances one would expect of a flagship model: front and side air bags, GPS navigation, climate control, power operation of the seats and convertible hood.

Would it not be nice to go to the newest James Bond movie in a real James Bond car!

It might probably a bit strange/different car for our collection but not if we tell you that the BMW Z8 was driven by 007 in the movie “The World is Not Enough”. So it actually fits our collection very well next to the Aston Martins as well.

When we personally think of the nicest ever built BMW, then we think of the 507 Roadster. Built in between 1956 and 1959. By mind we think that only 250 of these cars were built.

By looking at that model and by comparing this to the Z8 we have to say that it is unbelievable that BMW was able to make a car which has the same special looks in the year 2000.

The BMW Z8 is in every aspect a dream. A dream to drive, a dream to look at and actually for us personally a dream to own.

These cars are very exciting to drive and enjoy, but they have also proven to be very robust and dependable for collectors who also enjoy using their investments.

These are incredibly fast, naturally-aspirated V8-powered cars, which are making a slow departure from the sports car market these days.

A swiftly accurate manually-shifted 6-speed transmission and the simplicity of an interior with instrumentation catering only to the driver’s eye.

And yet, you have all the creature comforts you desire, and nothing more.

This Z8 is a highly collectible BMW, and we think will be a treasured asset for years to come.