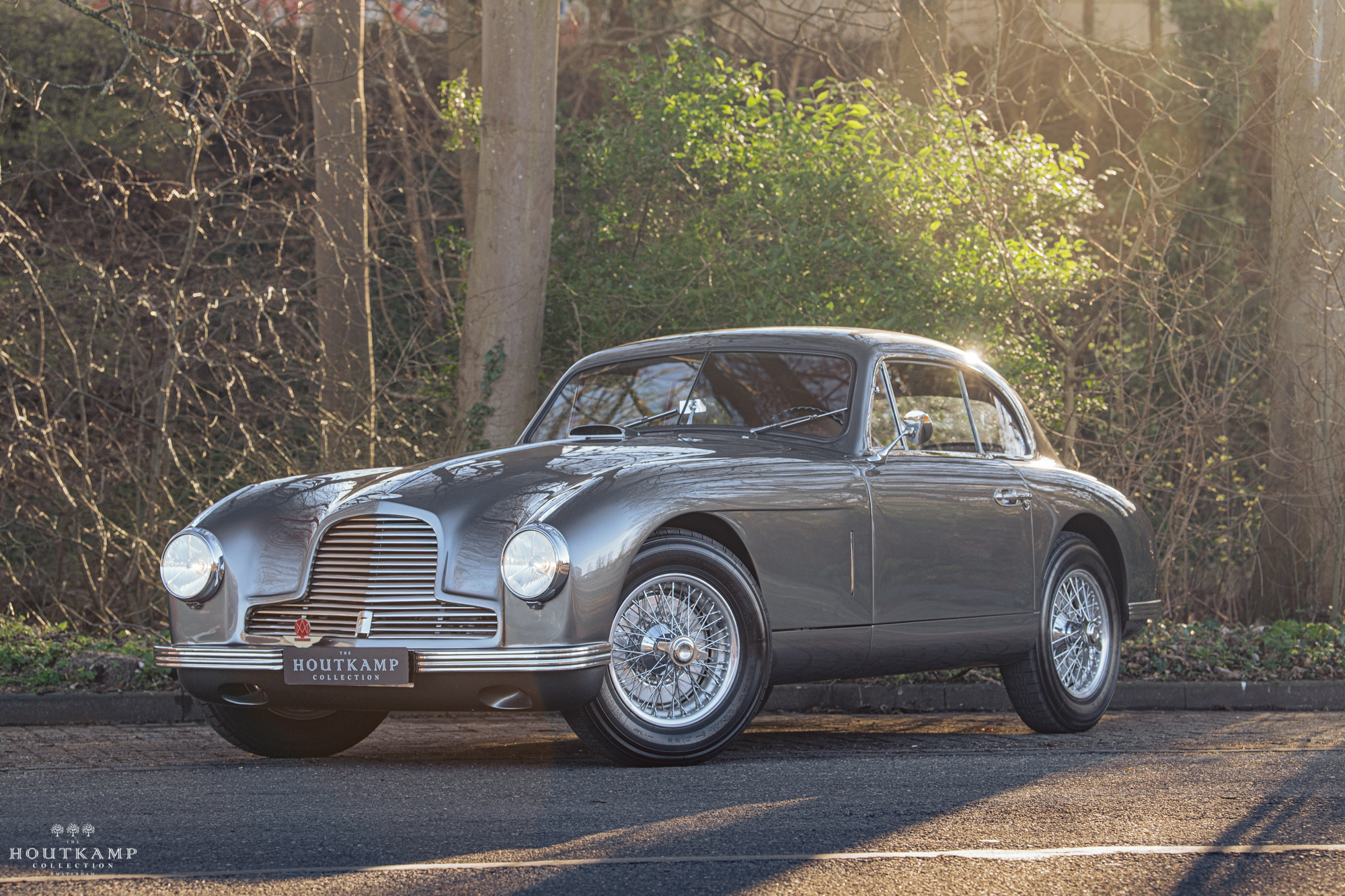 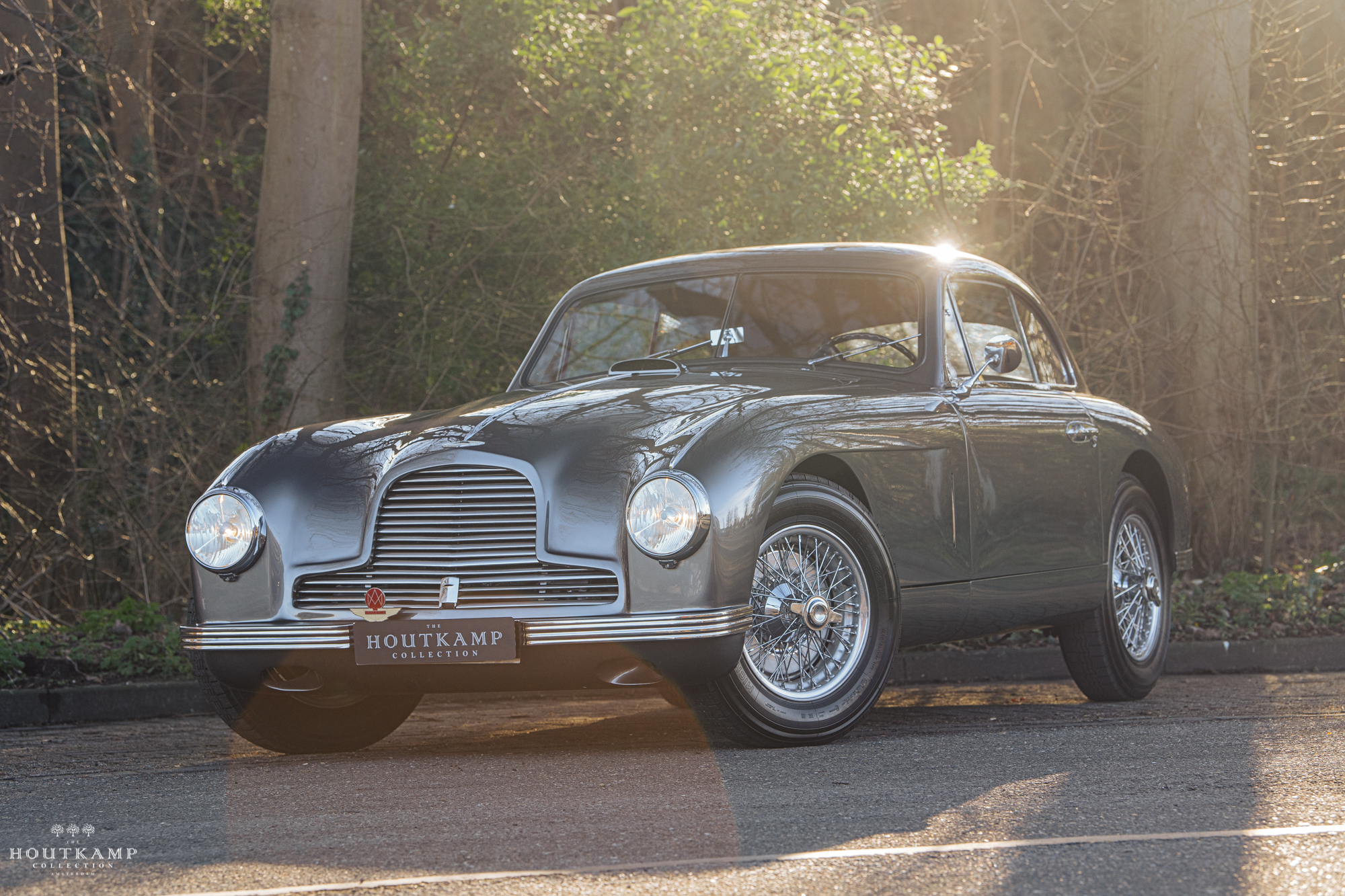 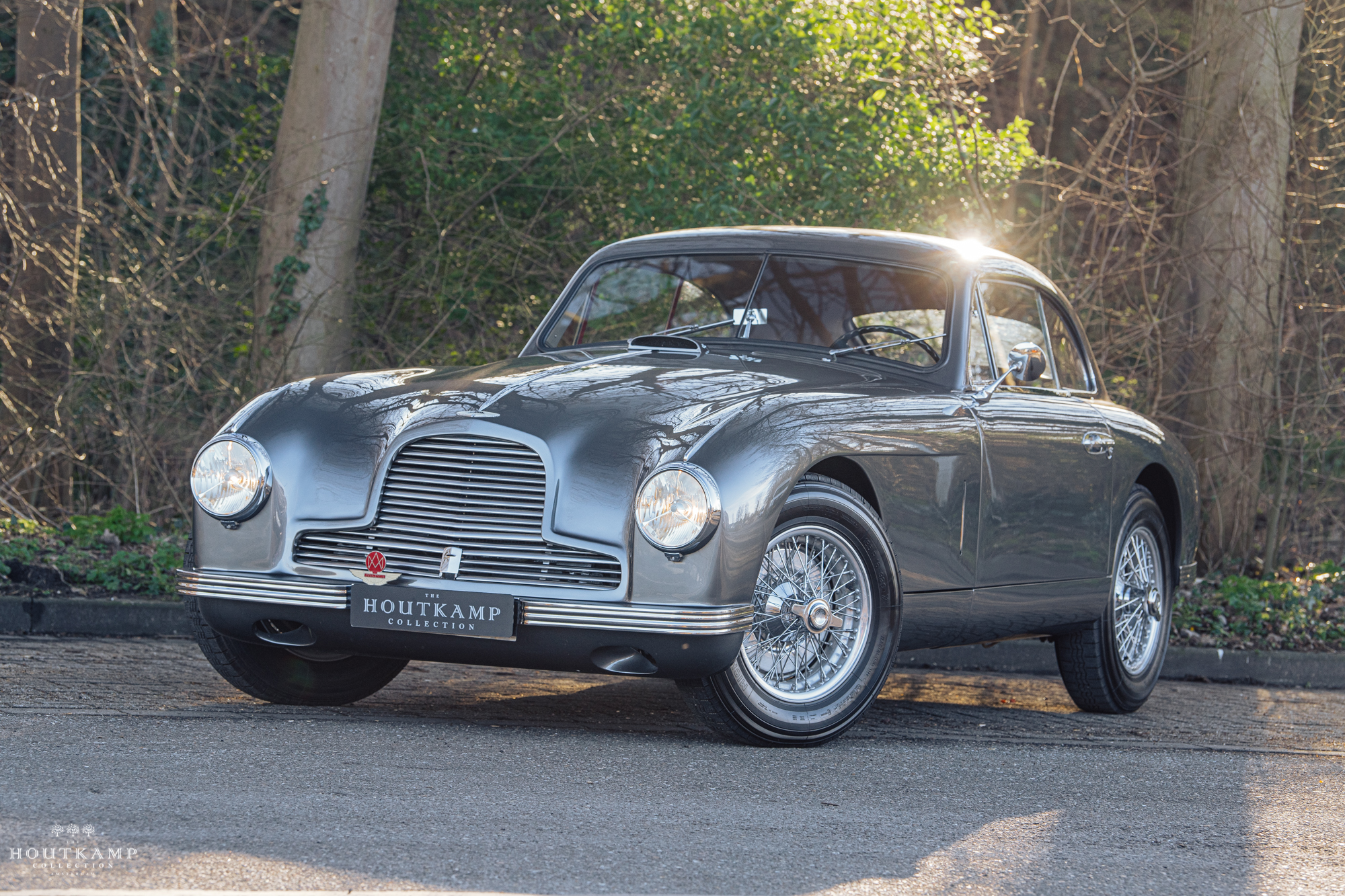 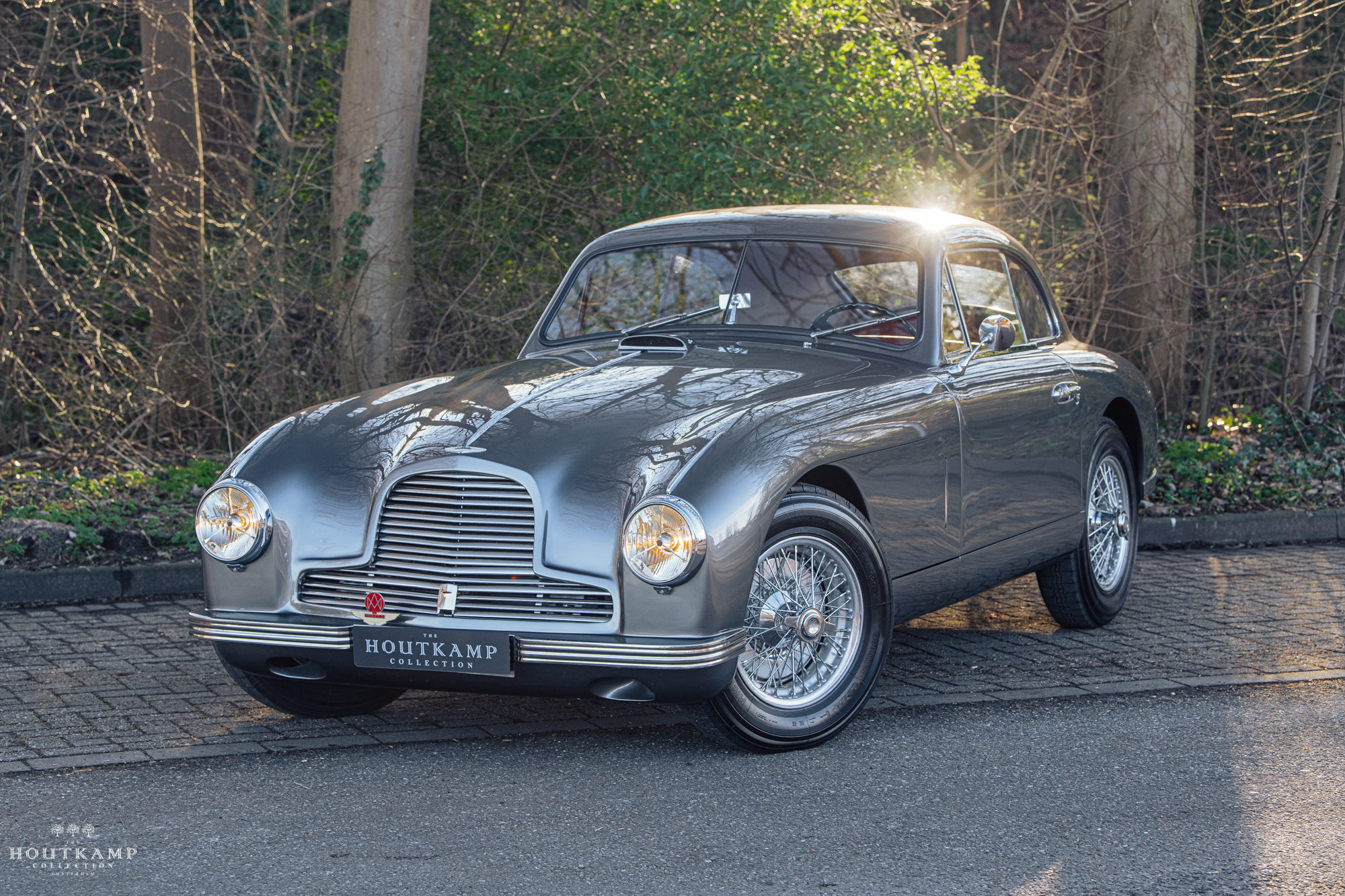 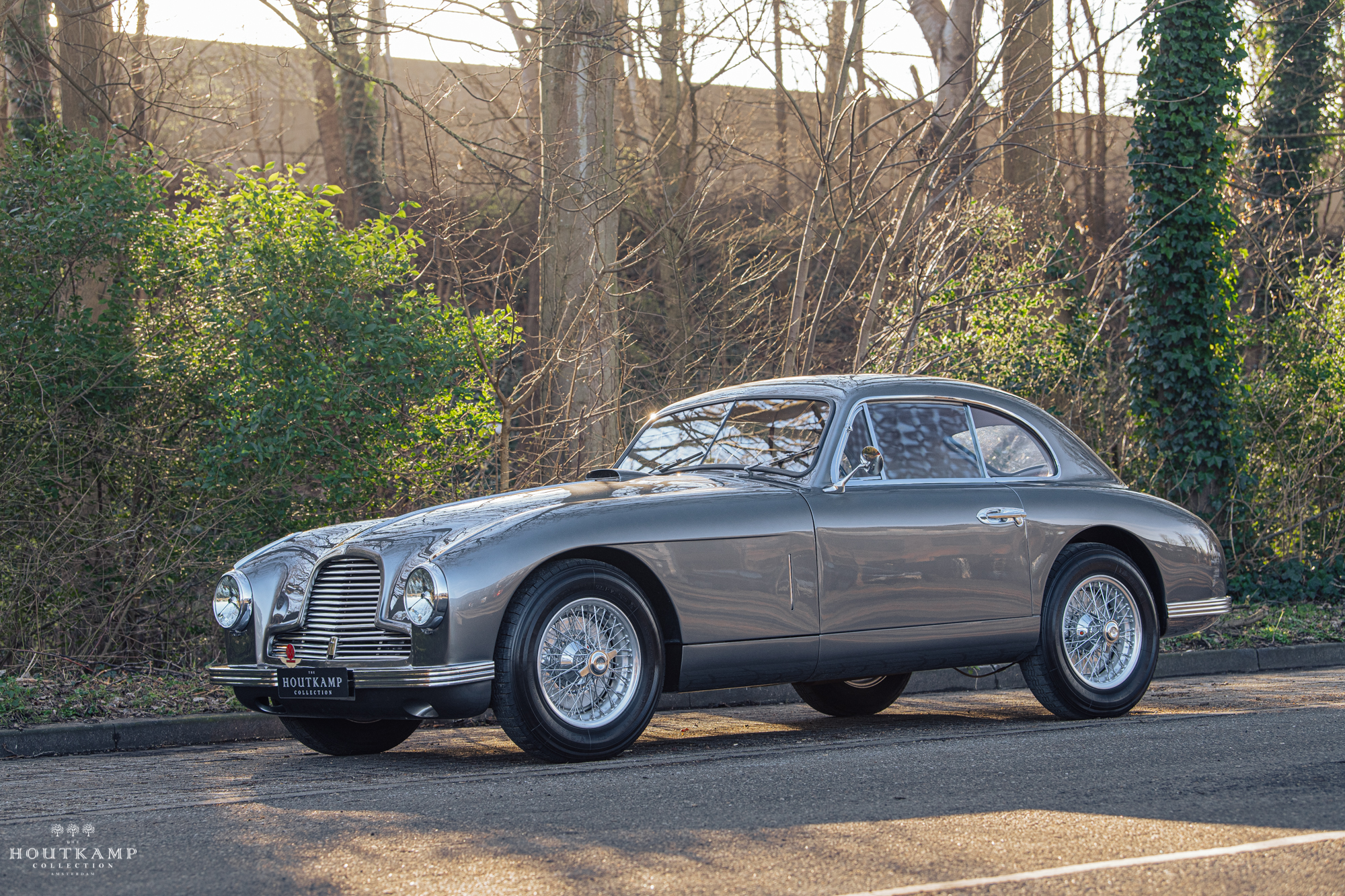 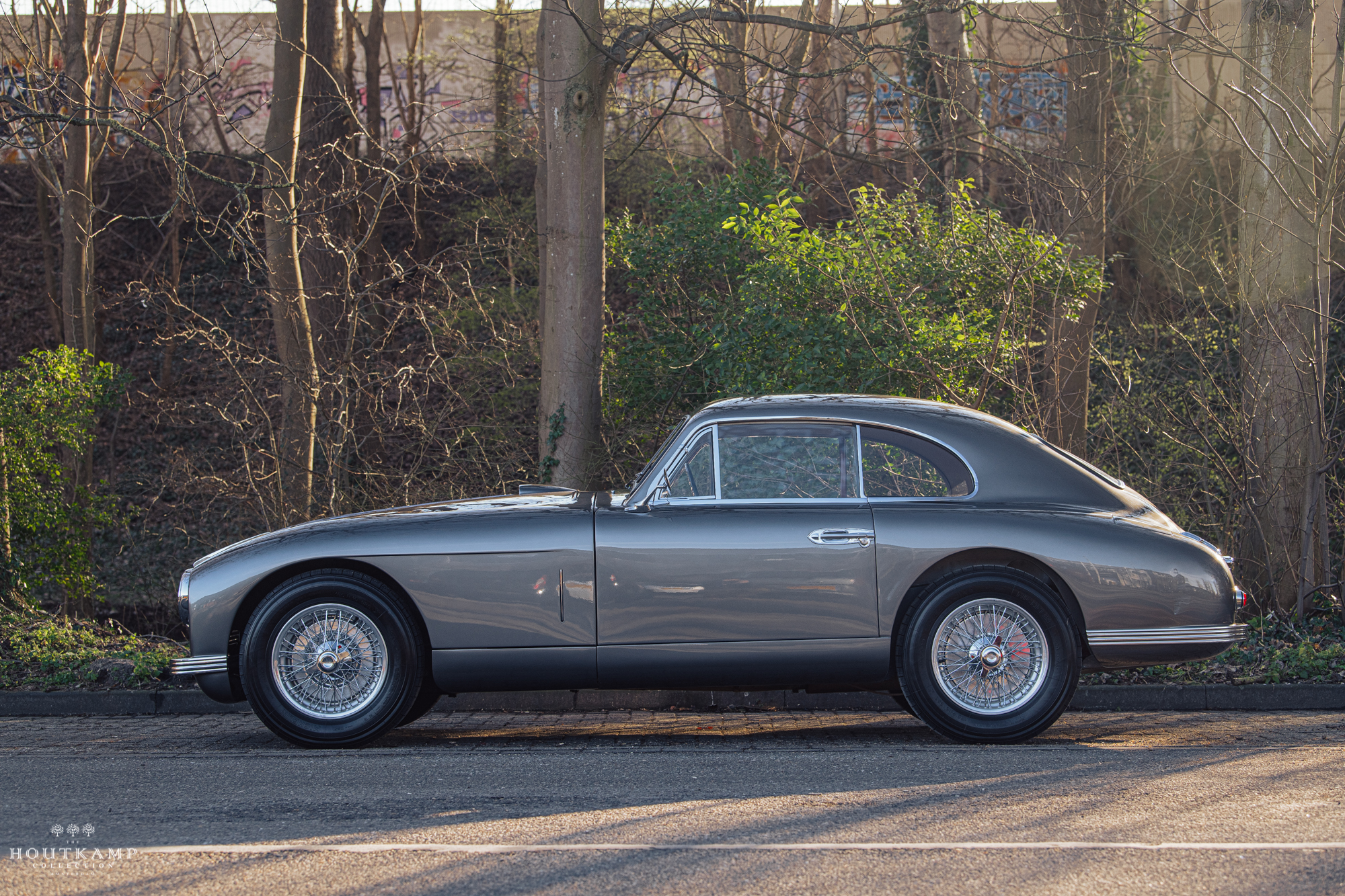 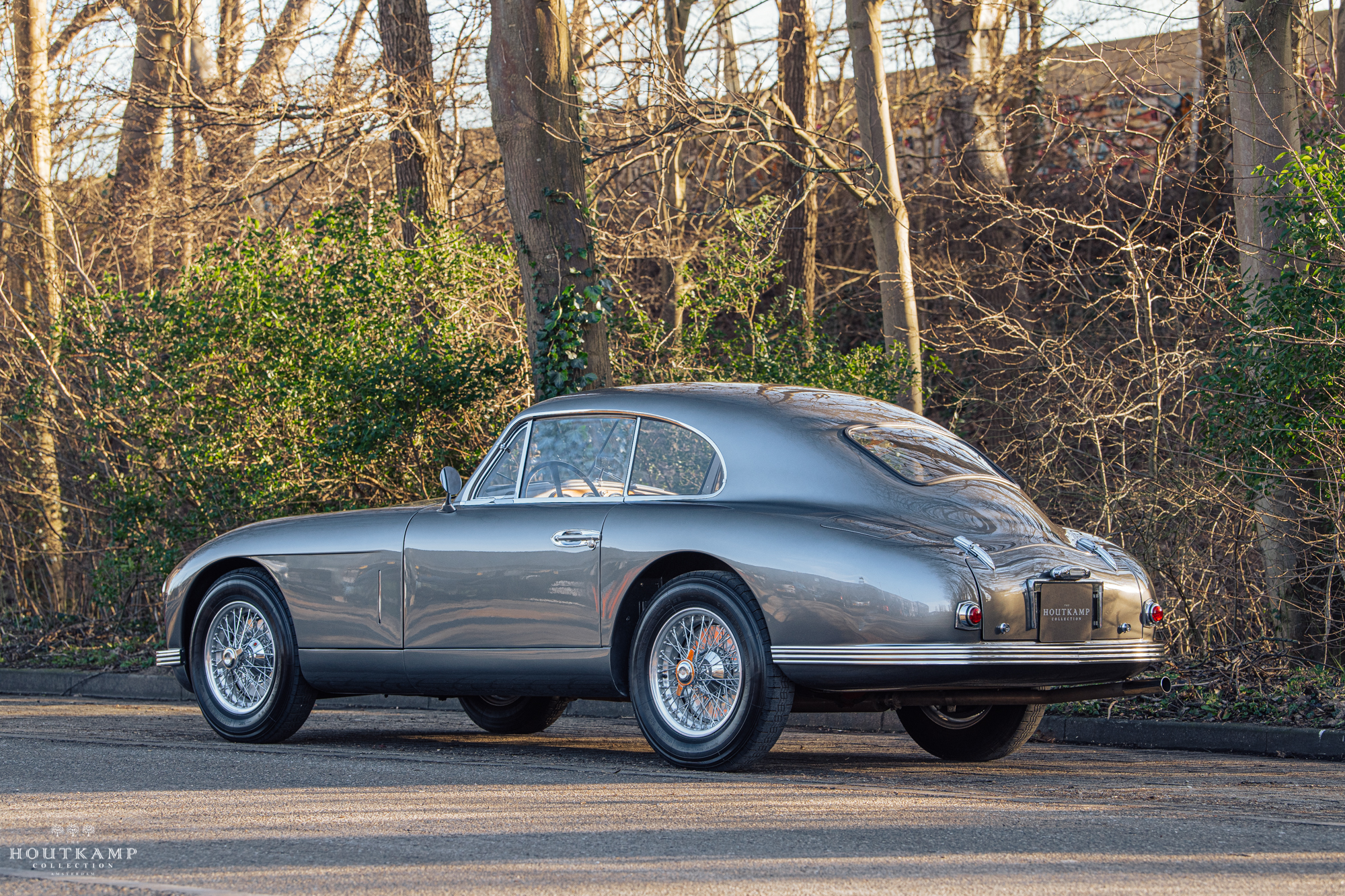 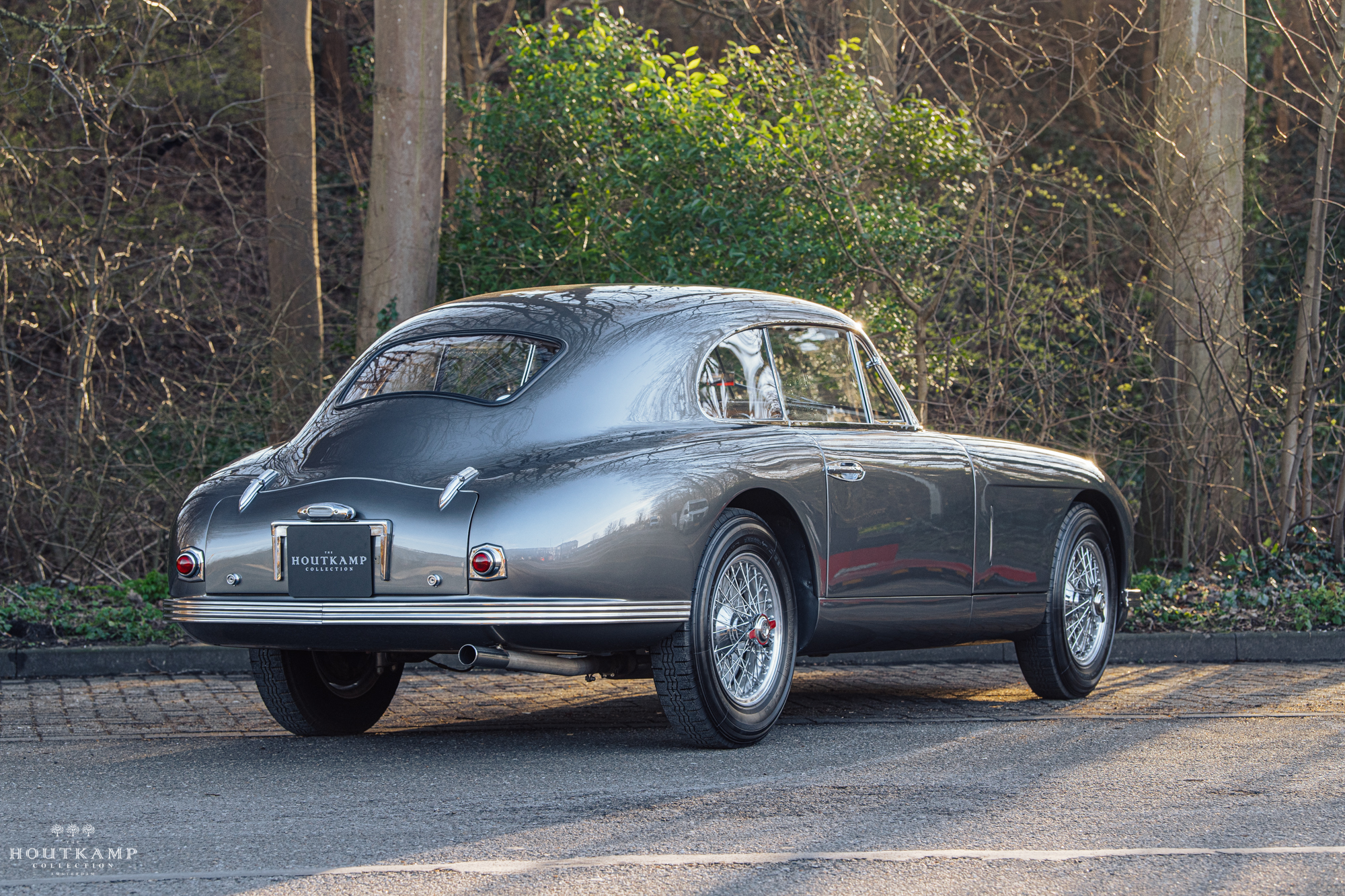 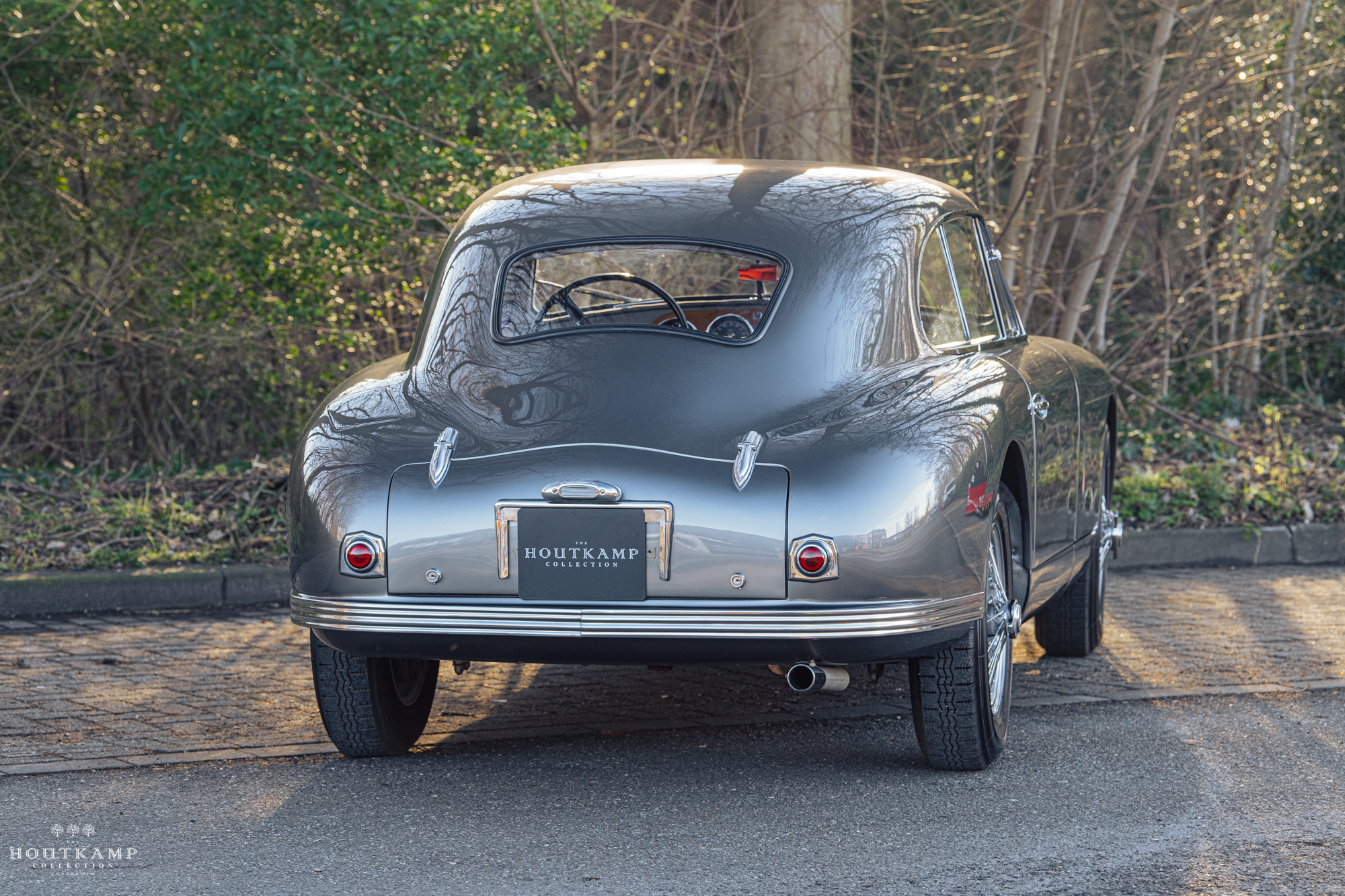 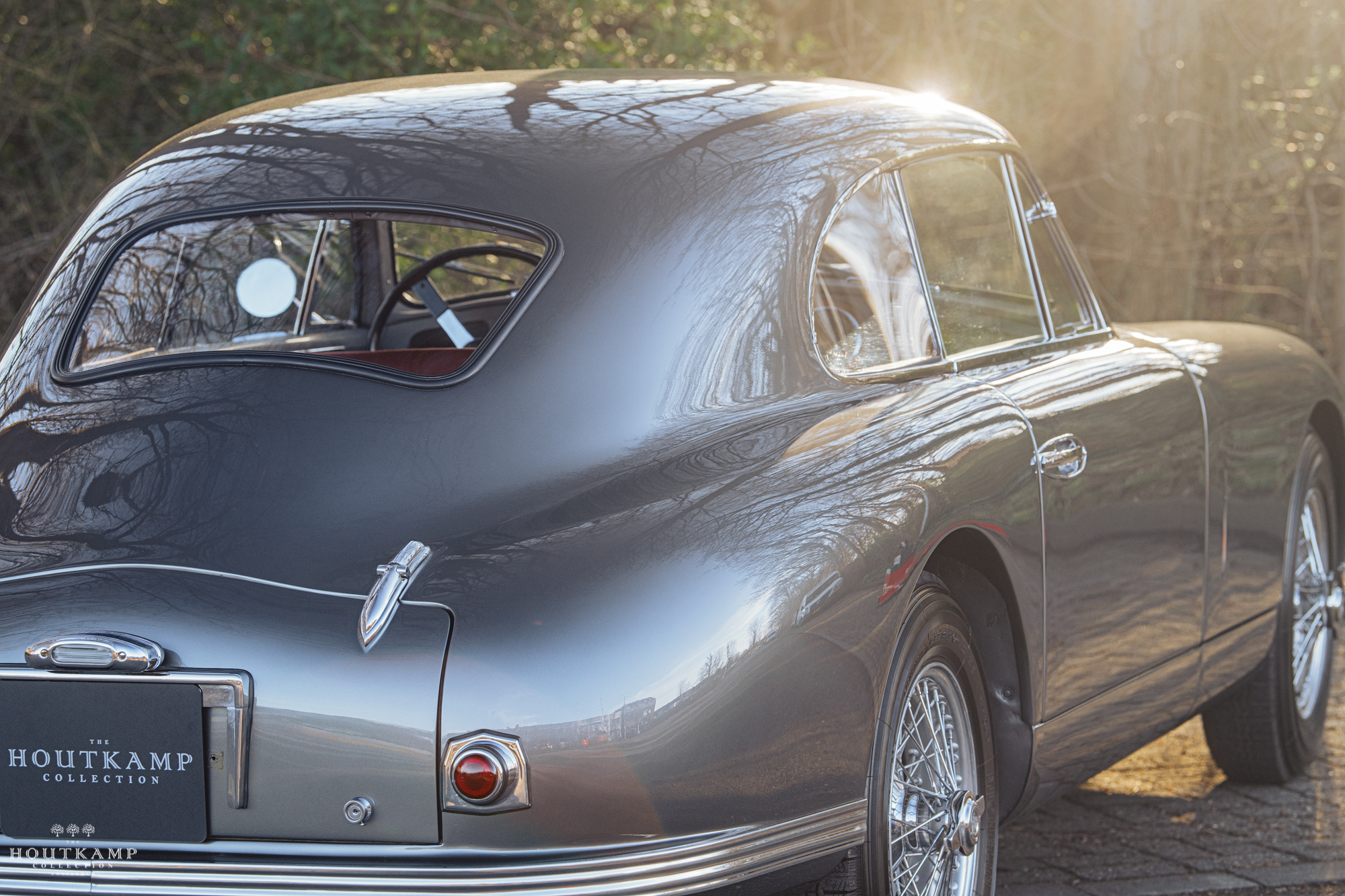 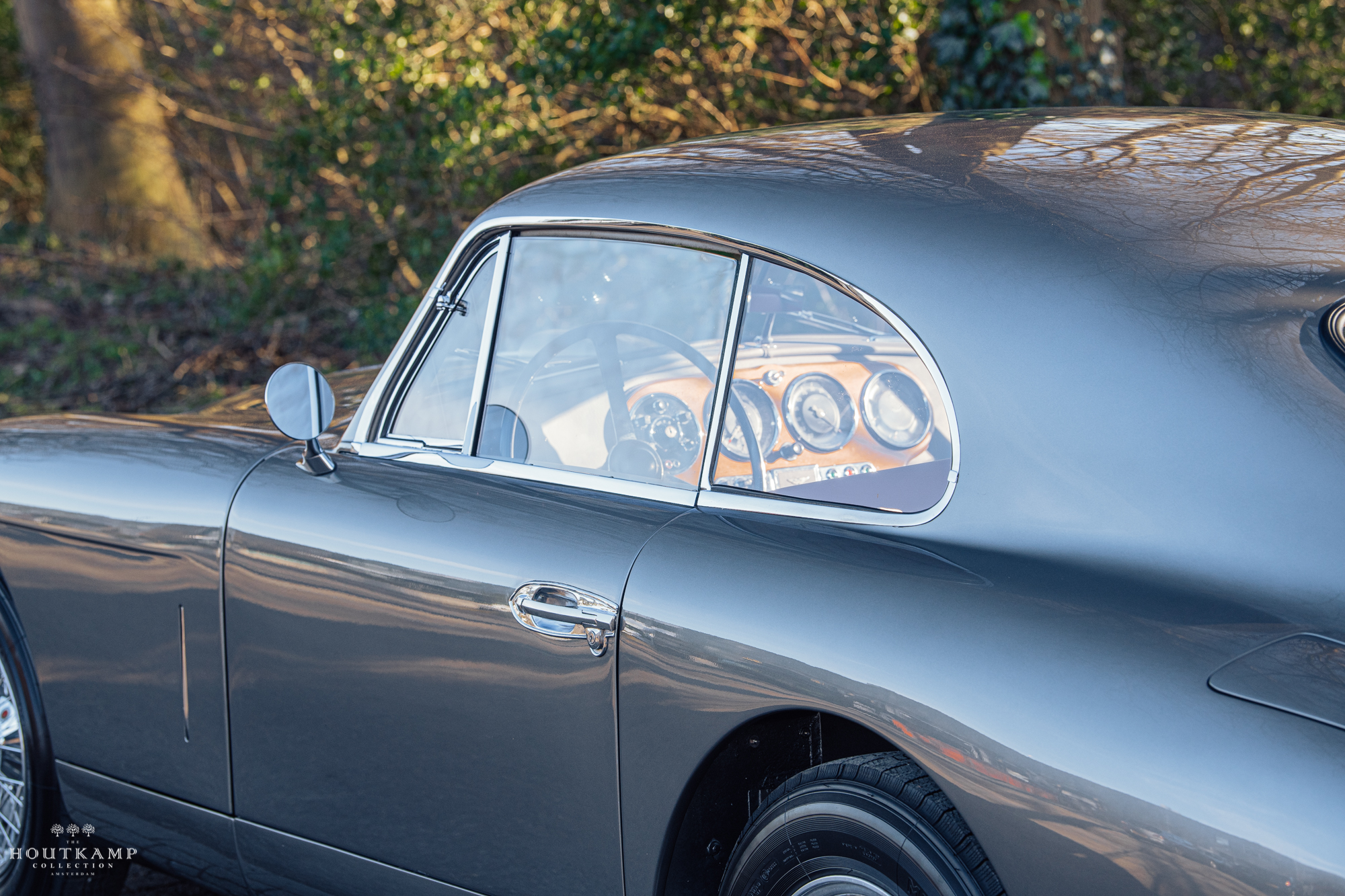 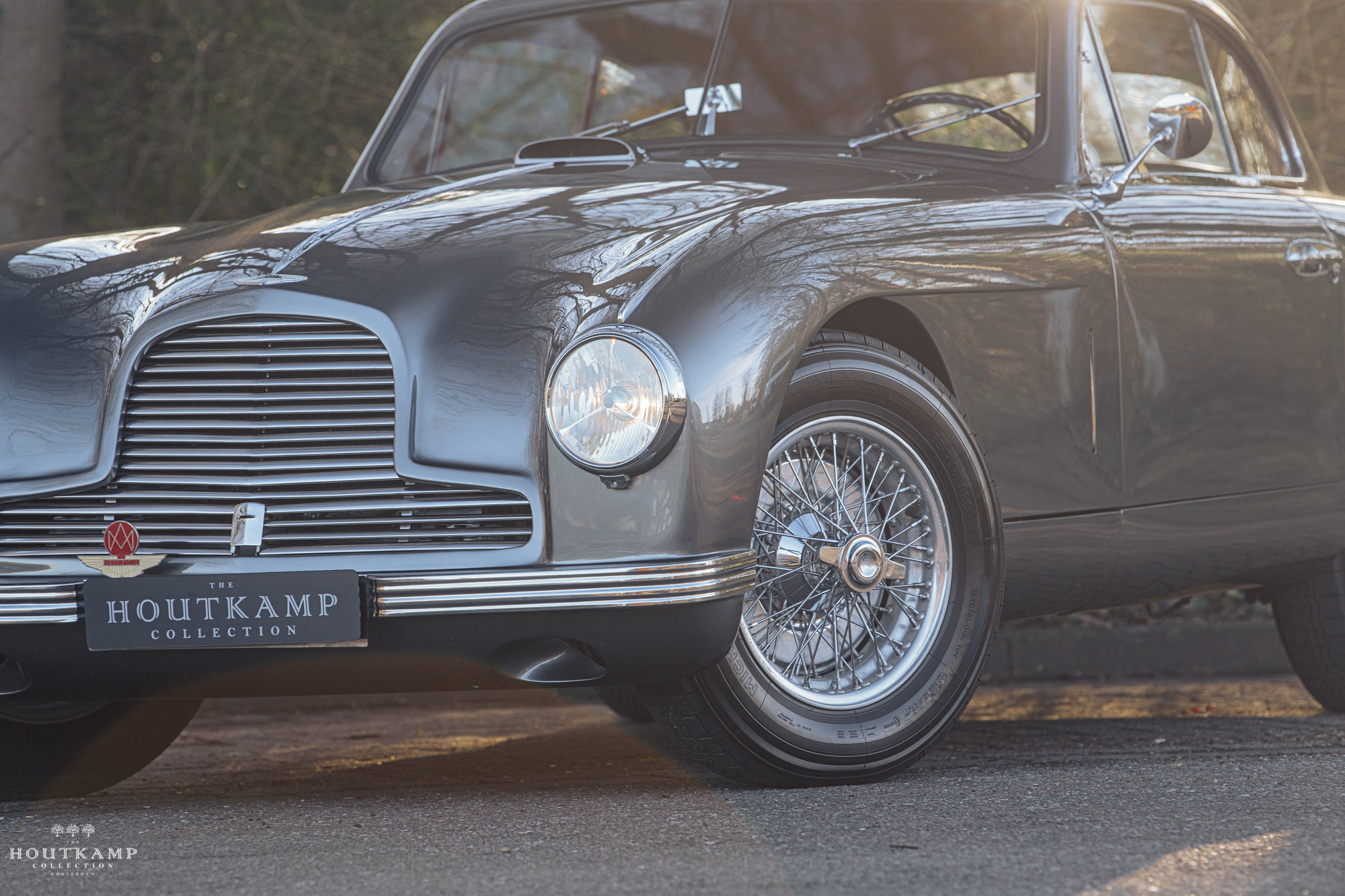 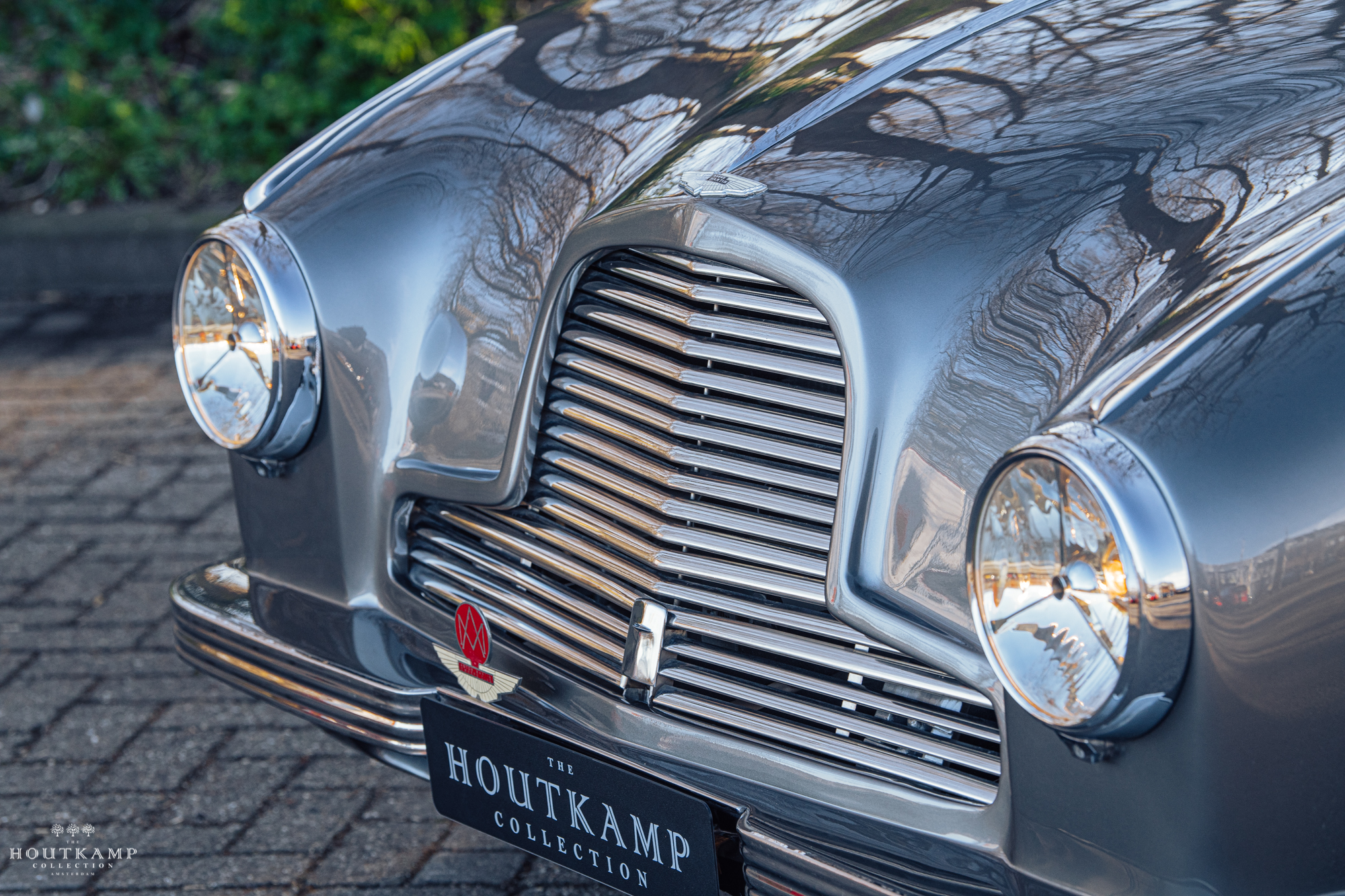 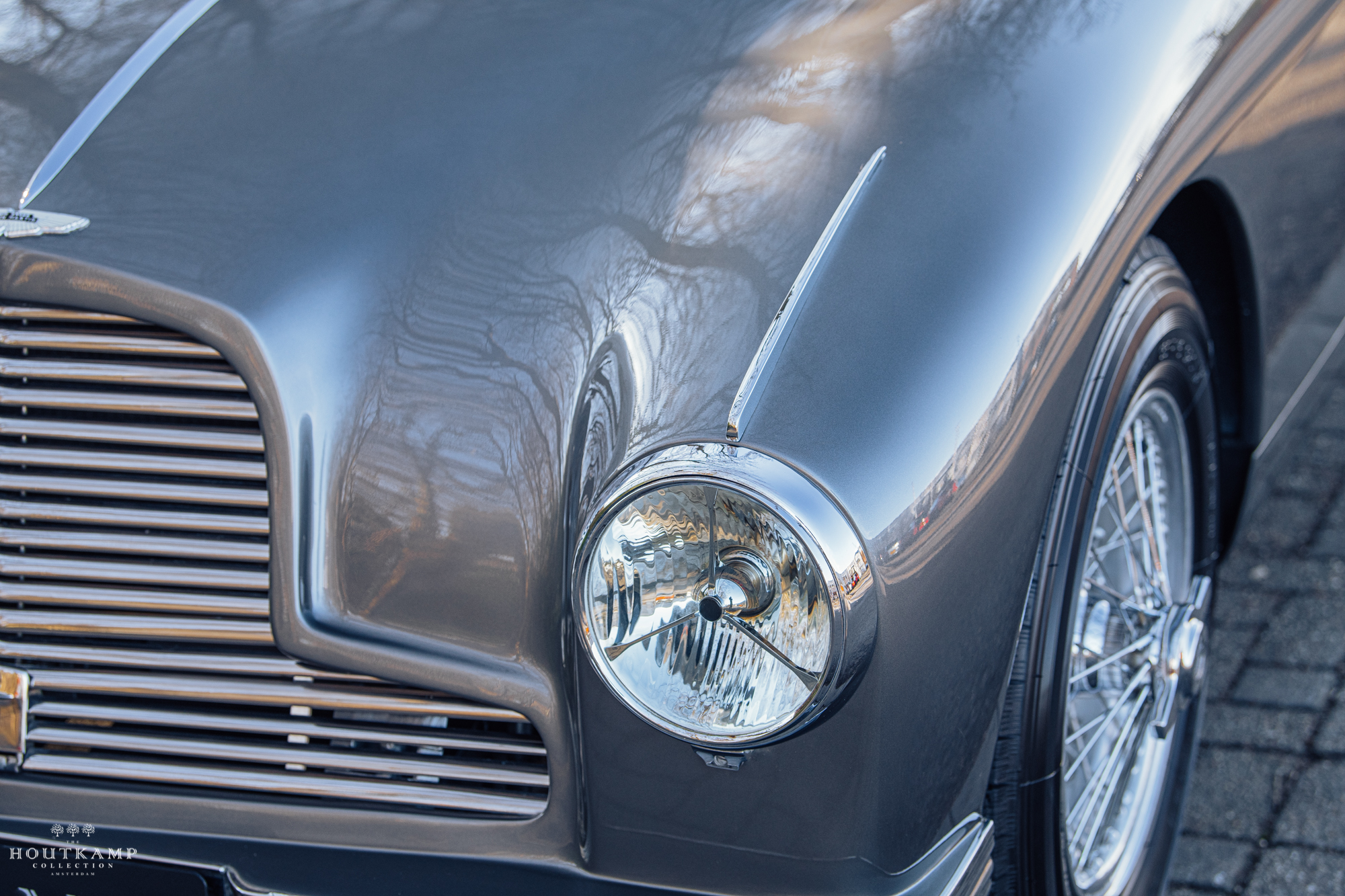 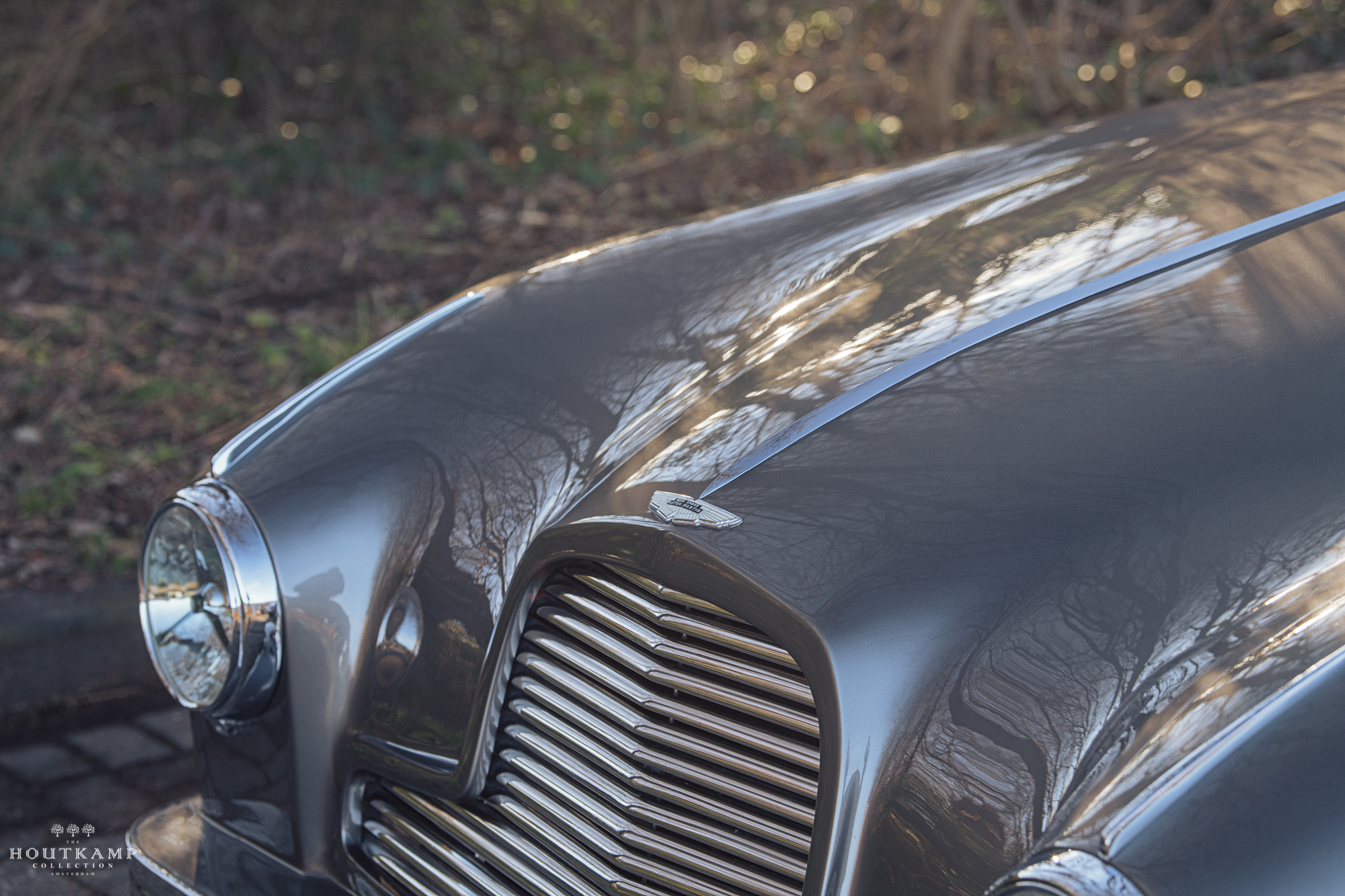 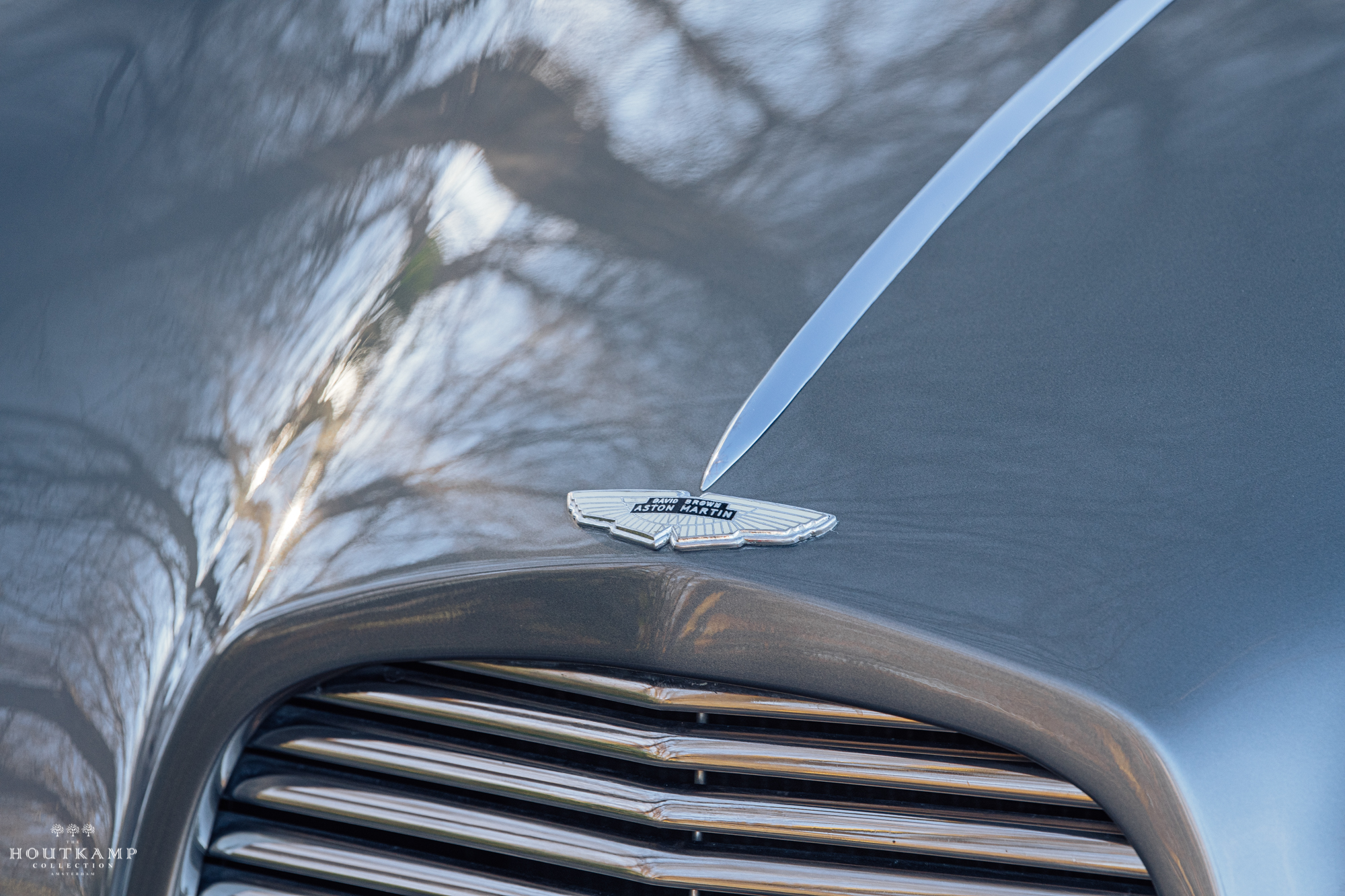 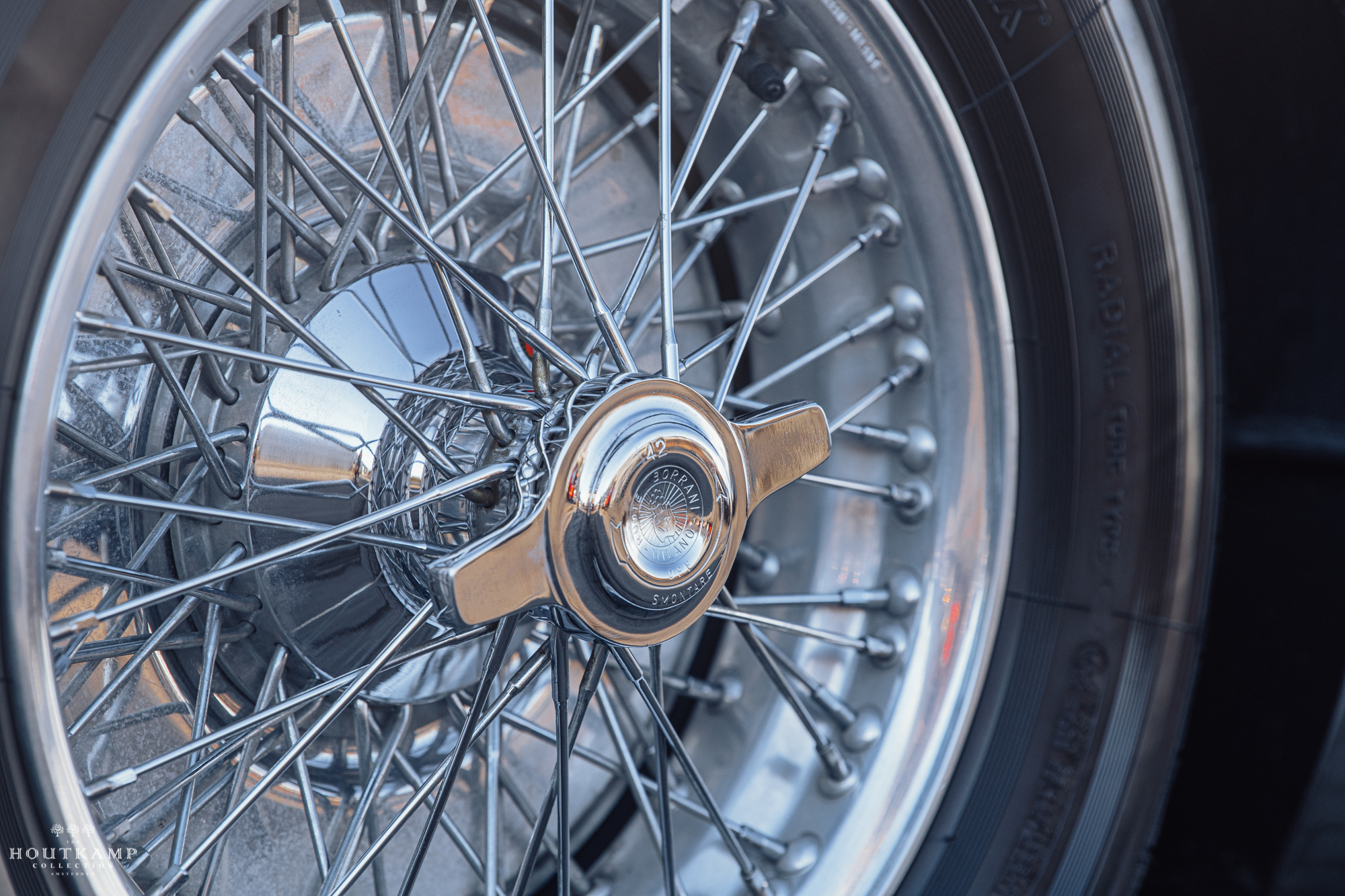 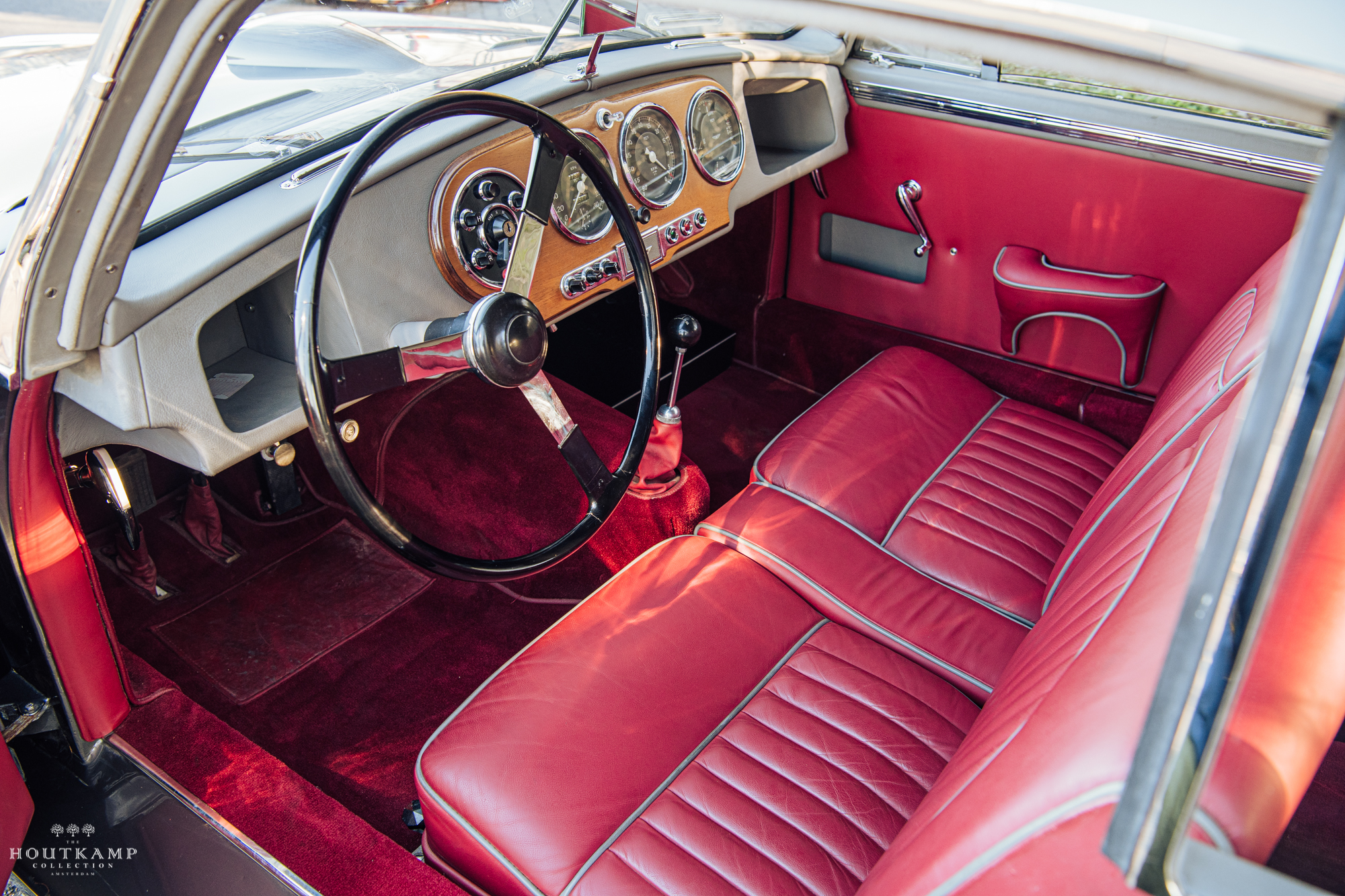 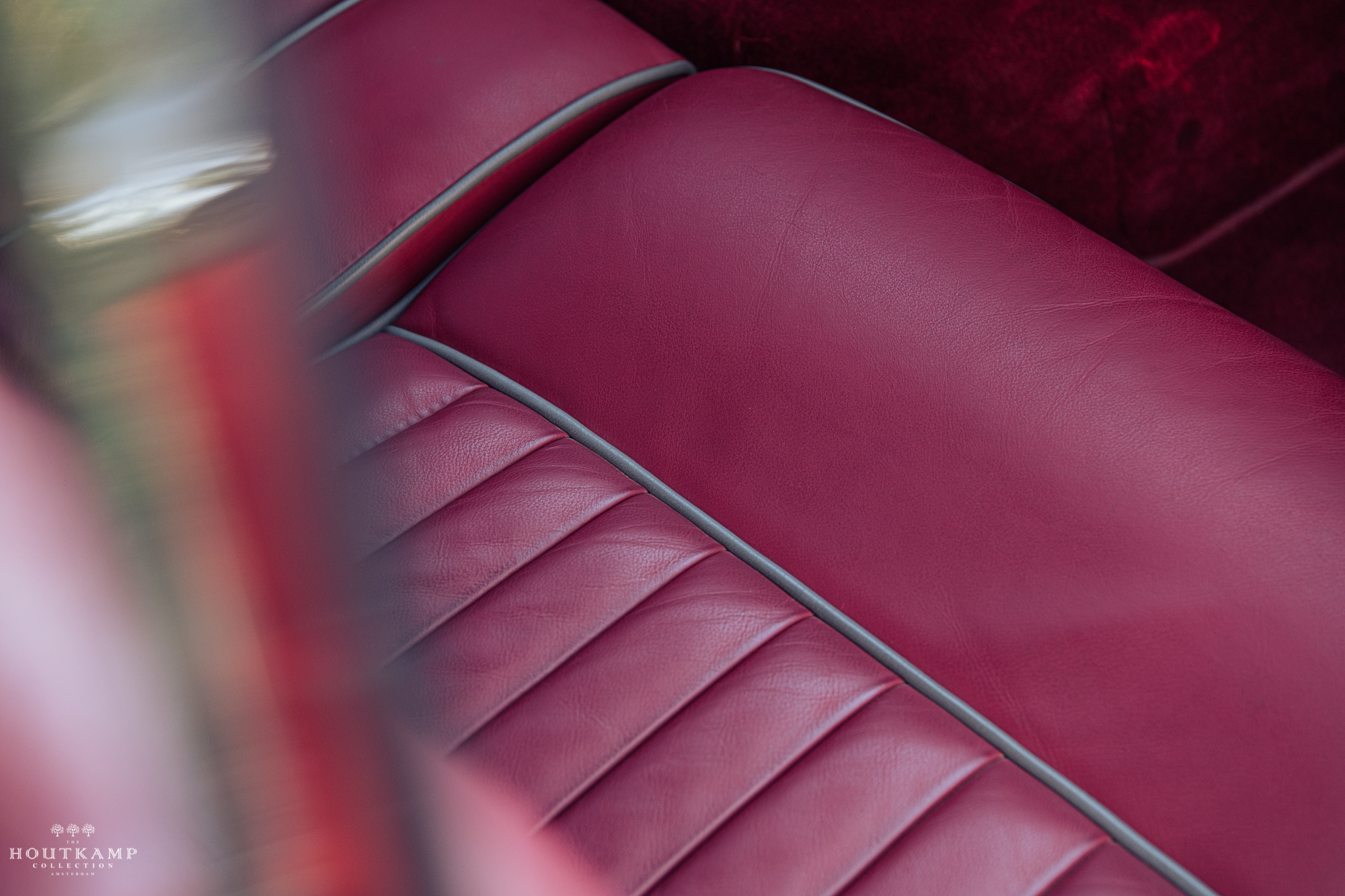 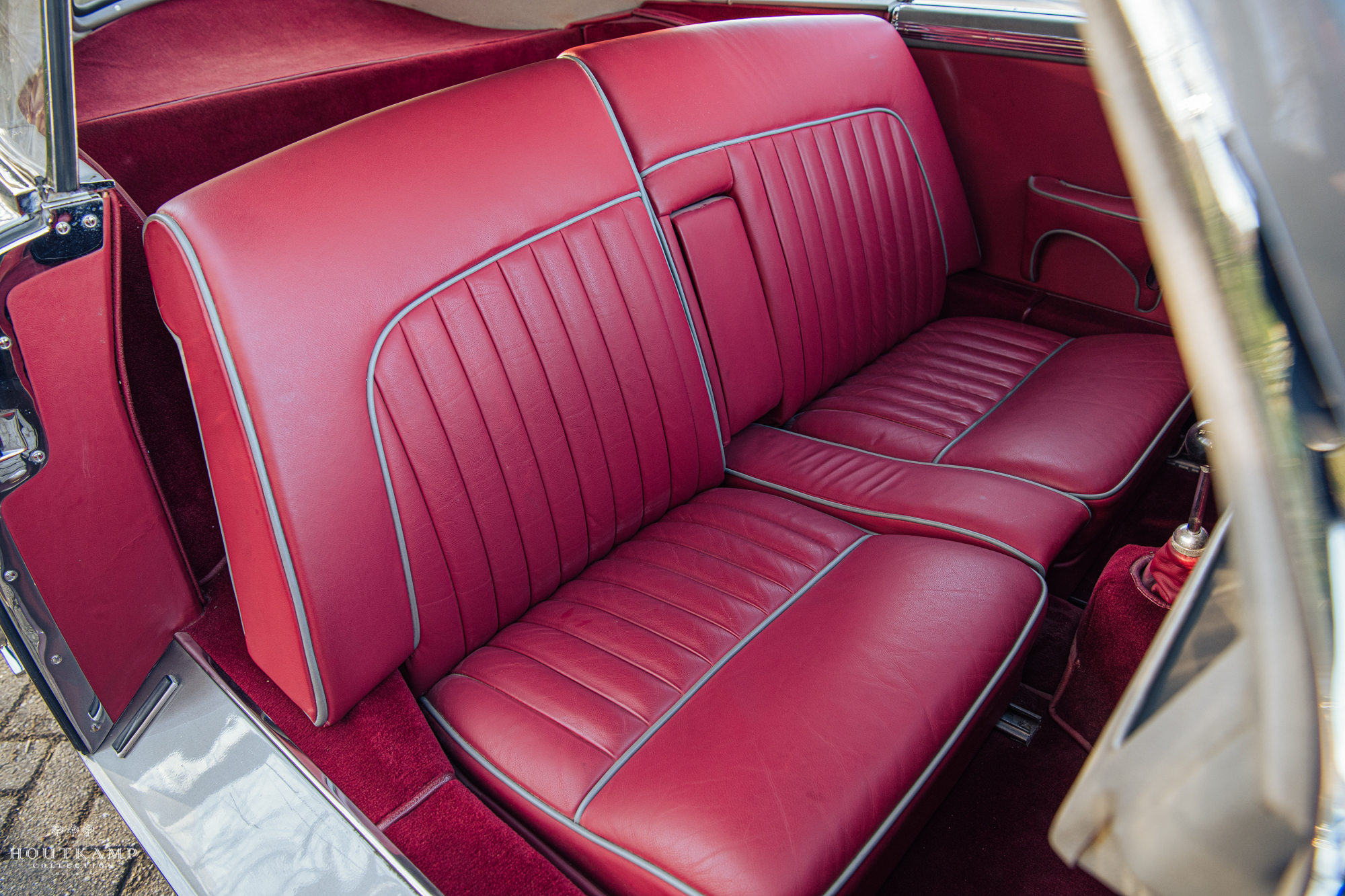 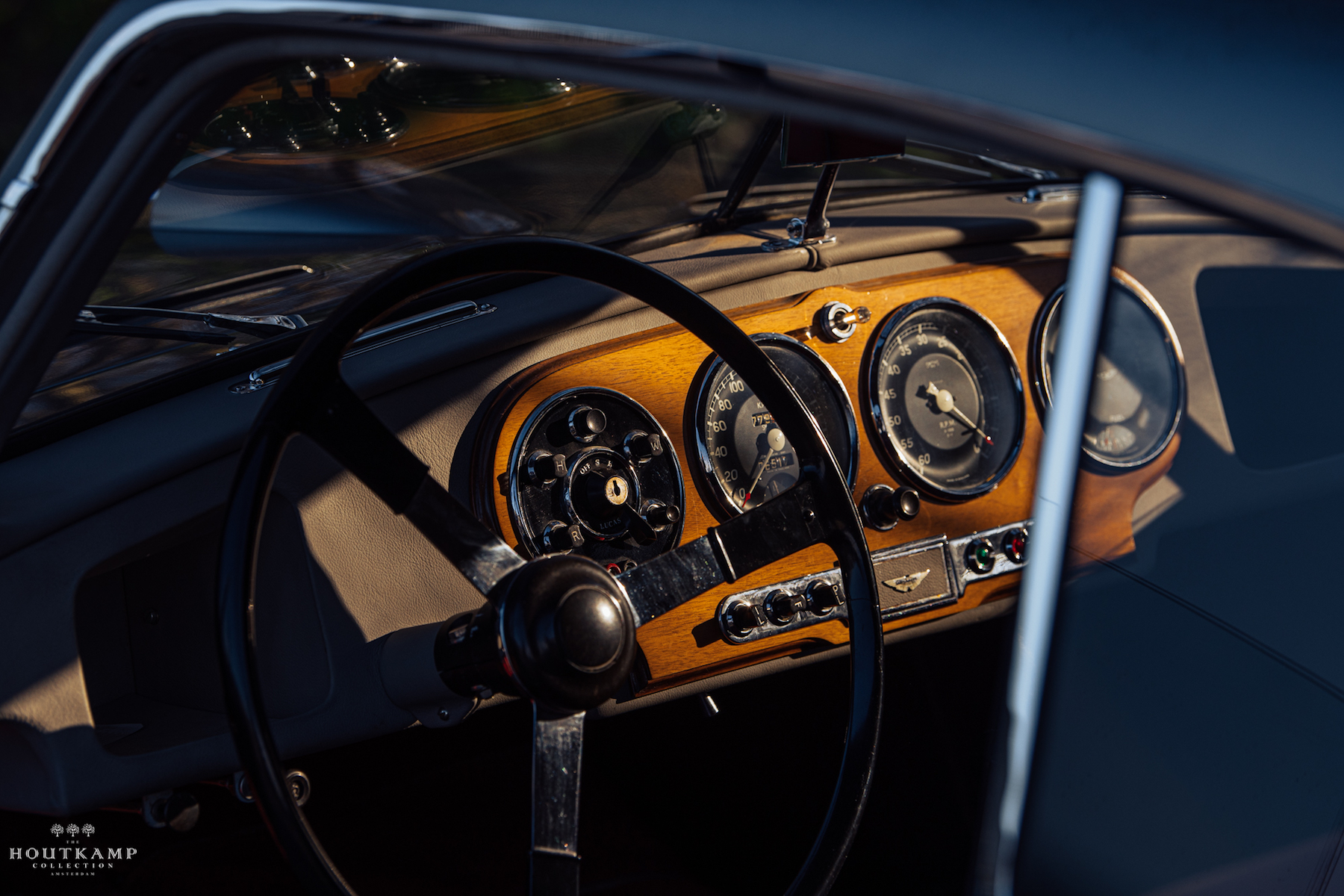 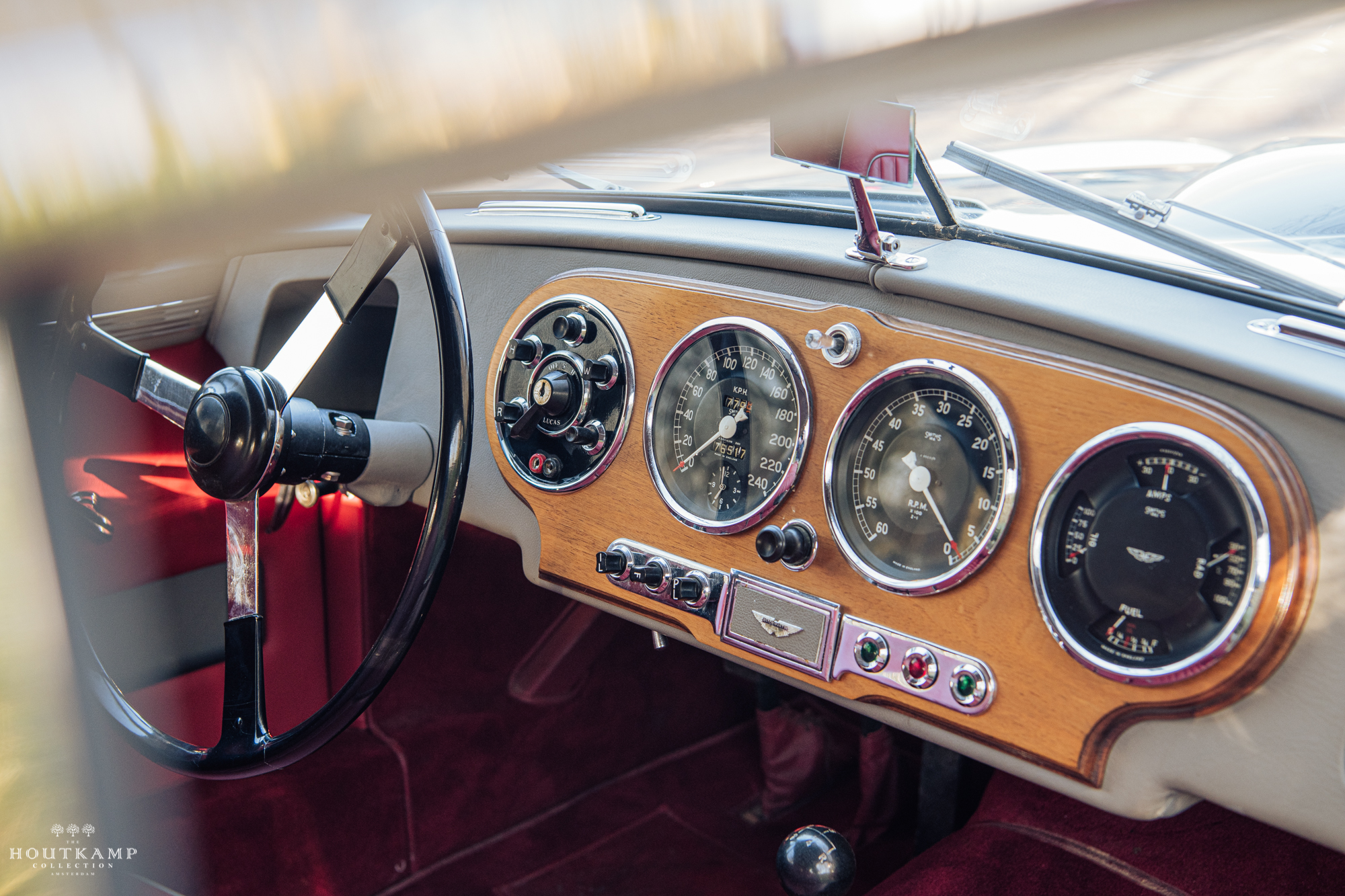 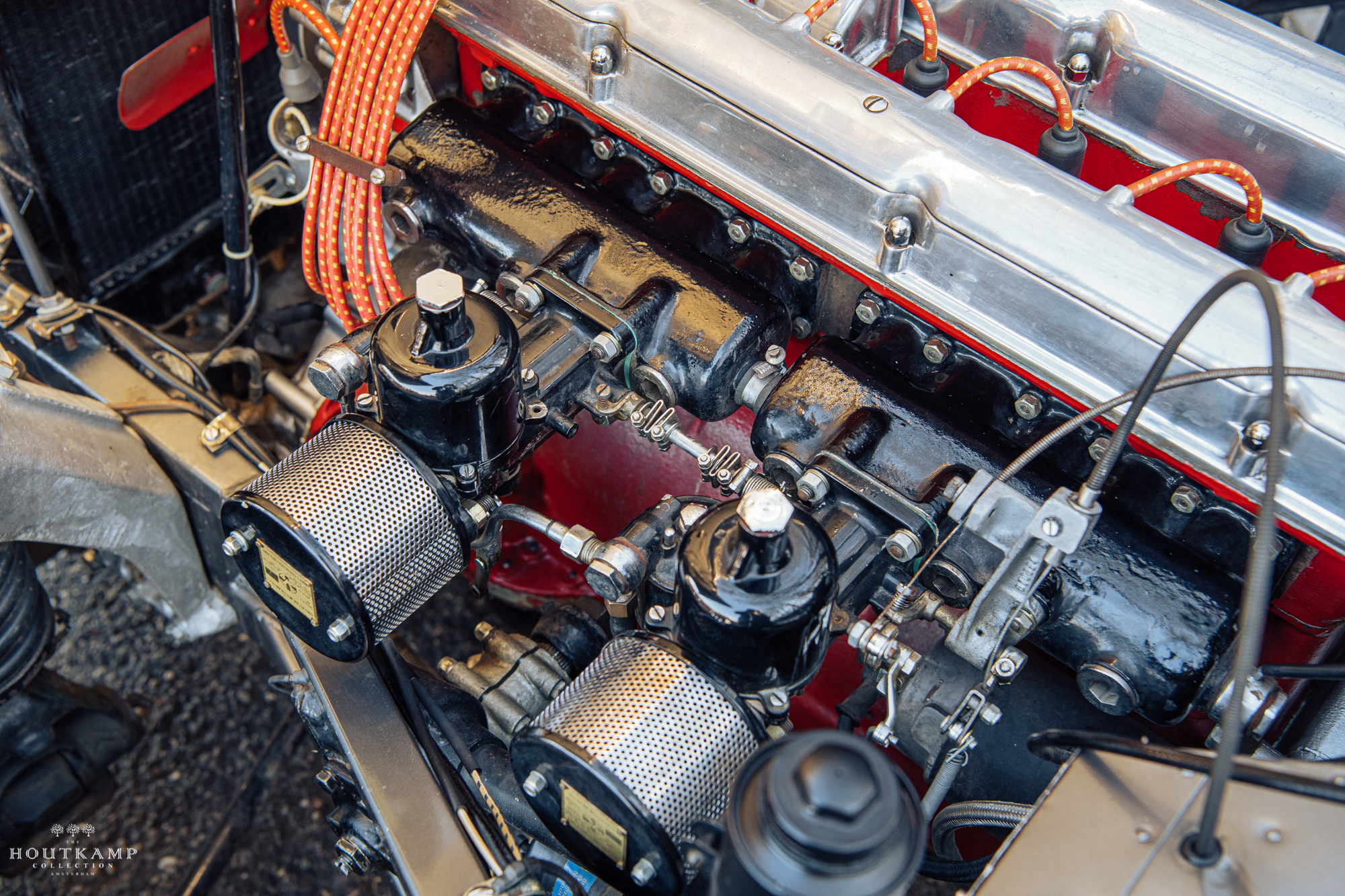 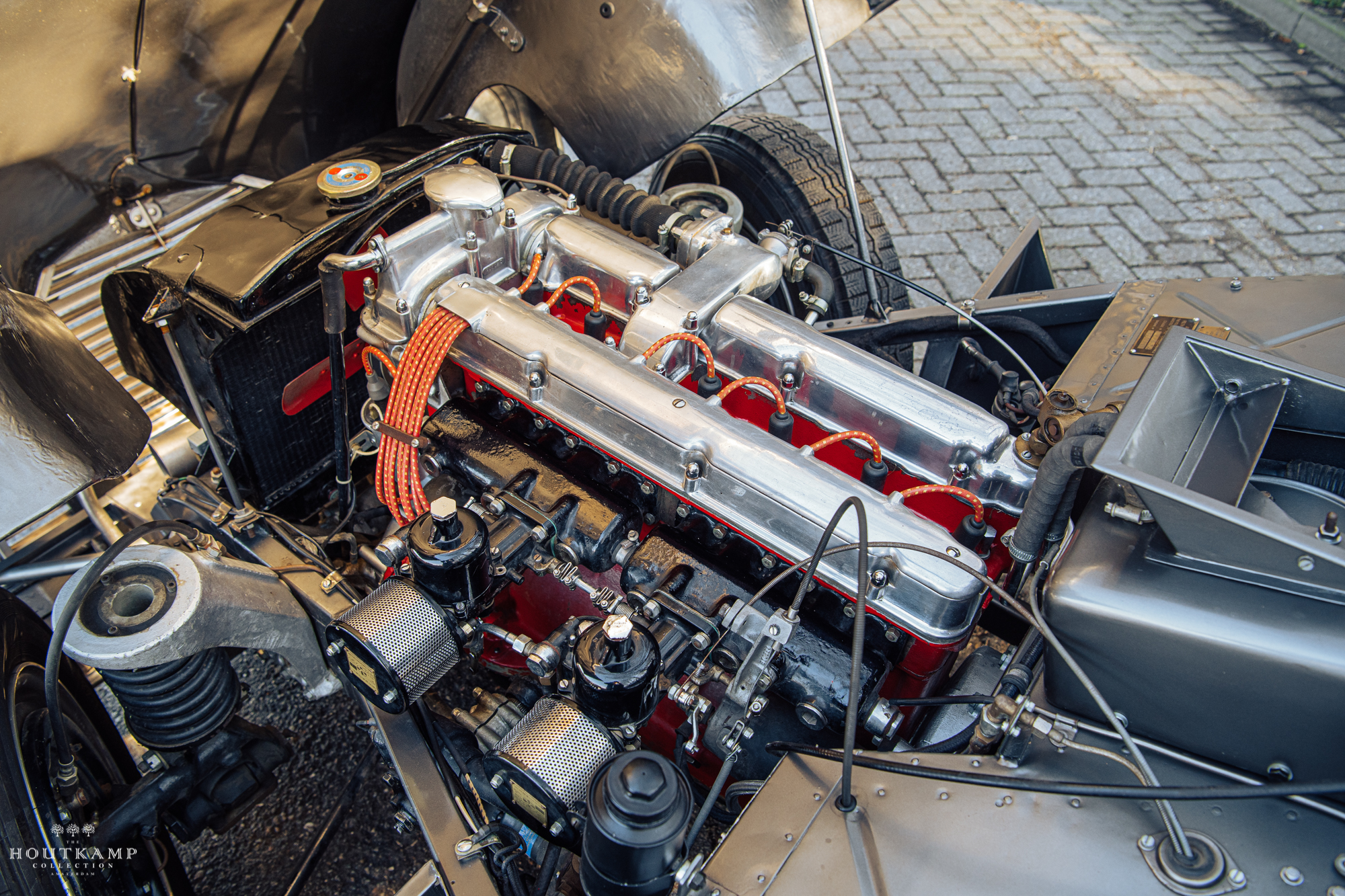 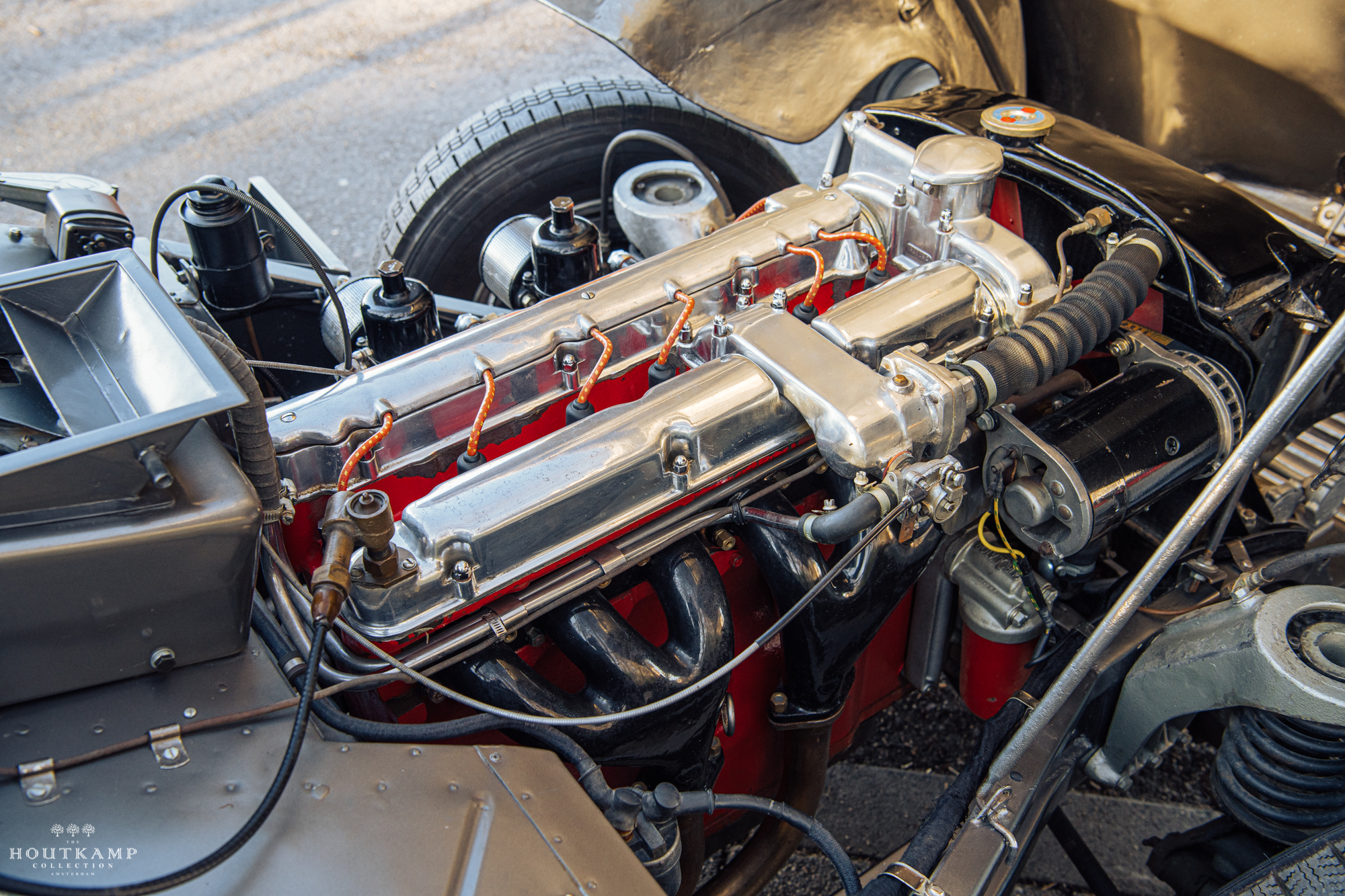 “It is difficult to give too much praise to the handling and performance of the DB2 sports saloon.” The Autocar, 1952
“Le Mans, 1951: Of the five Aston Martin DB2s entered, five finished the race in third, fifth, seventh and thirteenth positions. For a 2,580 cc car to put up such a performance against the larger-engined cars is indeed a triumph.” Road & Track, 1952
Writing in 1952, Autosport’s John Bolster enthused: “The DB2 is a very fast sportscar of immense stamina, as a long list of racing successes has proved. The model is remarkable for its comfort and luxury, and is also about the easiest thing there is to drive, outside of the “automatic transmission” carriages.’ Bolster enjoyed the DB2’s outstanding performance, particularly that of the 120mph Vantage version, and remarked on the car’s inherent safety and versatility: ‘Whether one would go shopping, to the theatre, on a long-distance tour, or even race at Le Mans, one could have no more perfect companion than the Aston Martin.”
First introduced in 1950 at the New York Motor Show and the first Aston to carry the ‘DB’ badge, demand for DB2 was incredibly strong and in January 1951, an optional 125bhp Vantage VB6E/ engine with bigger SU carburettors and a 8.2 to 1 compression ratio was released.
The Vantage produced 125 HP at 5,000 rpm and a sub-11 second 0–60 mph time with top speed of 117 mph.
The Aston Martin DB2 was produced from 1950 to 1953.
A Drophead Coupé version was announced towards the end of 1950.

When production ceased in April 1953 a total of 411 DB2s had been made, of which 98 were drophead coupés.

The Aston Martin DB2 made his debut in the Mille Miglia of 1951. Tony Wisdom and Antony Hurn drove LML/50/8 to an amazing 11th place overall and 1st in class.

There were 2 other DB2’s in the 1954 Mille Miglia, one driven by the famous driver George Abecassis but both cars did not finished.

In 1953 Tony wisdom drove LML/50/50 together with Dave Hallwell but did also not finish.

It was built with the more powerful (125bhp-plus)’Vantage’ engine and left the factory in left-hand drive configuration to be retailed via the Majestic Automobiles agency in France.

Its first owner was a Mr Achille Gaillard of Béziers, Hérault, France.

The car was still in France in 2000 in the custodianship of Mr Claude Friederich of Haguenau, a dedicated Aston Martin enthusiast who owned a number of the British firm’s products, including DB2 ‘335’ and DB MkIII ‘1738’.

It was subsequently imported to Germany where the Aston was purchased by a Mr. Michael Brinkert of Recklinghausen, in May 2010.

If we look at the car today we see an extremely beautiful DB2.

The paint is extremely nice, the doorgaps are excellent and all small details are correct and in a perfect order.

If we look into small details, the car is impressively well restored which can also be seen on the pictures of the restoration which are with the car.

One can easily see that this DB2 is one of a kind.

A car which has beautifully restored in the past and carefully used afterwards.

The DB2 has a generous amount of interior space.

The interior of the Aston is very nice. The seat are in a very nice condition.

All meters on the dashboard are in a perfect functioning order.

The materials used are all period correct such as the carpet, the leather and the inner roof.

The car seems extremely nice and extremely correct both in the engine bay as well as from underneath.

The engine compartment of this Aston Martin looks extremely nice as well and exactly as it originally was.

An example are the black painted carburetors. We see often that the carburetors are polished giving them a chrome look. Black is original as can be seen on this specific car.

By opening the trunk it is even more easy to recognize that this Aston Martin has been extremely well restored.
The trunk which carries the spare wheel is looking almost as new but exactly right in detail.

Driving this Aston is fantastic. Due to the more powerful engine the car gives a great sensation.
The sound is fabulous as well.

The engine starts with a push on the button and the car is very well tuned and set. Brakes are working effectively, gearbox is shifting easy and the steering is rather straight for a DB2.

Overall, the car has an engaging and well-resolved character that encourages the driver to go for a long drive to a holiday place or to use the car for race and rallying.

Altogether a very special and rare car with a well known history which has been restored/prepared and brought to a very high level.

We think is an ideal candidate for the Mille Miglia, Tour Auto and other world class events and a rare, appreciating asset.